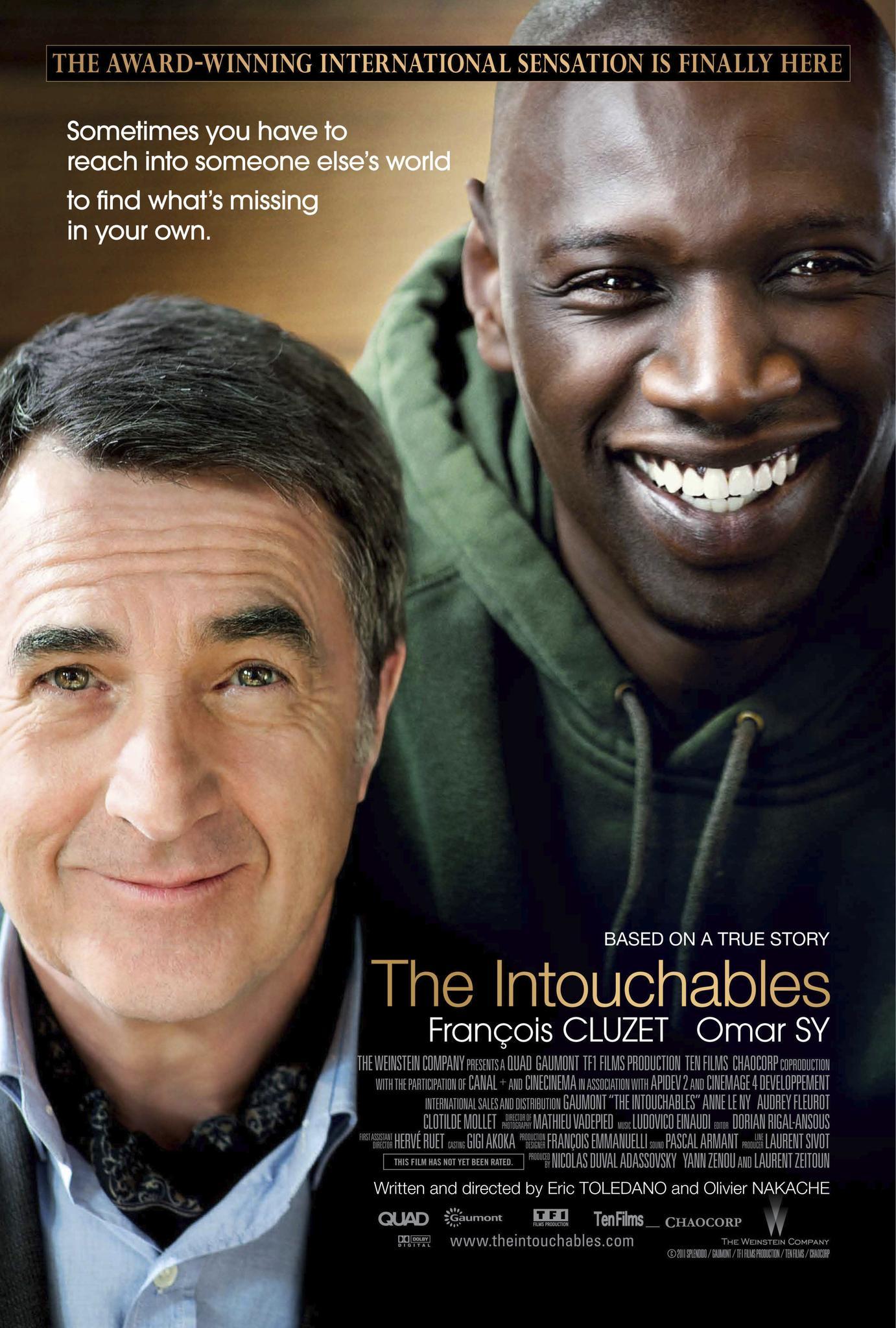 This film is not dealing with congenital disorders. The hero, Philippe (François Cluzet) who likes adventure got into a paragliding accident , and becomes paralyzed, and he hired a helper to take care of him. It is a film based on realism.

Philippe is a wealthy quadriplegic and relies on the wheelchair. If he does not have anyone who helps me from the side, it is a person who can not eat rice and can not be washed and can not be moved. He is a bit tricky. The interview has been started to search for Philippe's helper. Many people who have been trained in the spirit of service meet the interview, but Philip does not have anyone in his mind. Then he is attracted to the unrecognized expression of the young man who came to the adventure of the young man who came to prove that he had a job to receive a lifestyle.

Philippe stimulates that the, Driss can not stay there for a month but he does not think it's long. The relationship between the two started in this way. However, Driss has no knowledge of systematic paralysis disorders.
He takes a "taste" to Philippe, who should wear stockings for blood circulation, To make sure there is no sense on your leg, you can pour hot water on the legs of Philippe,
He is likely to ask for a woman, and that she feels about feeling her love feelings.

Philippe says that he is not a habit of past and a person who has not compassed with the whole body paralysis. Anyway, while the days spent together, Drism is increasingly understanding the state of Philippe. He listened to the sad stories of a paralytic, and of a disabled person, and the significantly seriously. So Philippe was becoming a little funny and smoking a little fun in his life that was boring and hope.

In particular, musical tastes of both were completely different. Philippe liked the high symphony, and Driss liked hip-hop music.
Philippe, also appreciate the efforts of Driss, he is a really recoverable person.

Listening to classics for a long time and Philippe said, "I have to dance," I want to hear "I want to dance." I want to listen to my favorite music. Then he dance a great dance. The secretary, the household, and the gardener who worked at the house dance together. Philippe, is so relaxed.

The film is the story that the form of life that has been living so far is like a friend that Philippe and Driss are like without being reluctant. Even if you look at the title or poster of the movie, it is not such a movie that imagines a dramatic deployment. But the impression of this movie is different.

First of all, Philip, who was treated with many professionals, was a reason that he found pleasure in life again was only because of Driss who sees him like a normal person.
It is a movie that makes our attitude towards the congenital and acquired disabilities for the surroundings. And you can enjoy a fairy tale story while enjoying laughing and smiling. It seems that this film is not a story that was built, but it seems to be impressed by a true story.