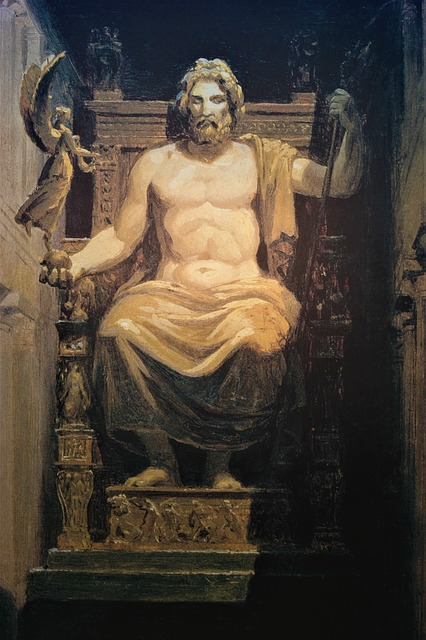 source
Dai-lee has always been a dedicated, brave, and hardworking police officer who loves his job and for his years of service without any promotion because of his inability to pass his promotional exams. He could read but finds it difficult to write, even his name. He was constantly mocked by his colleagues, teased for being dull and stuck at the same level for six years, even with all the chastisement from his colleagues at work, he never hated them or cursed them, instead he drew closer to them and did silly things to their amusement. Hoping that one day the god of Wisdom will bless him with knowledge and grant him small success because of his hard work and patience.

After his day at work, he would hang out with his colleagues in the evening to drink with them and enjoy himself. Despite his colleagues mocked his intellectual incompetence. Dai-lee was very social with them, as he made funny jokes that would crack their ribs and did crazy things to prove his bravery to them because he was game for anything and fearless.

He was known for his drinking habit and after getting drunk, he would do anything asked of him without opposing.

One evening, he was at the drinking spot with his colleagues, drinking and making jokes as they laughed aloud. But Chin-moon wasn't impressed by Dai-lee's acts. So he came up with a crazy and dangerous suggestion.

"Enough of your jokes. They are not funny anymore." He yelled in vexation.

Immediately, everyone stopped laughing and listened to what Chin-moon, their team leader, had to say.

"Dai-lee, I propose a dare. If you are brave enough to accept it." He chucked

Dai-lee was drunk and could barely stand well. But he understood what was happening.

"Fine, I accept. Say it." He staggered

"I dare you, to go to the Temple of the lost souls and carry out the statue of the Underworld Judge. That's if you succeed to come out of the Temple without you losing your mind, as tales of the Temple said, " any mortal that steps into the Temple will have his mind and soul tortured by the cries of the trapped soul. Only a priest is allowed there. So what do you say Dai-lee the fearless?"

Everyone was surprised at Chin-moon dare. "Was it a death sentence? It's dangerous, Dai-lee won't dare to try such an act." They murmured among themselves.

"I accept it and I'll be back with the statue here. But promise me that you will help me to pass my promotional exam."

"I swear on my honor, I'll help you," Chin-moon replied.

In the center of the Temple stood the Judge of the Underworld and surrounded by the statues of gods and demons of the Underworld court, which looked so frightening. None of them were as terrifying as that of the fearsome Judge with a green face, fierce staring white eyes, and bushy red eyebrows and beard.

It was midnight, as Dai-lee entered the Temple and walked towards the chambers of the Temple. Where the statue of Underworld Judge was enthroned in the center of the Temple. Dai-lee made his way there and ignoring the death screams of those trapped souls in their agonies of torture which seems to hover around him. There echoes from every dark corner of the place. Then Dai-lee thought of his soul but ignored it because he needed to get out of there with the statue.

The statues of the gods and demons looked alive in half obscurity. So Dai-lee lifted it and placed it on his shoulder, as he quickly dashed out, running anxiously to get out of the Temple and away from the torturing cries of the trapped souls.

By the time Dai-lee returned to his colleagues with the statue, they all ran away at the sight of the fearsome image of the Underworld Judge. Chin-moon begged Dai-lee to return it. He never thought he would do it. "Return it please, else the wrath of gods will be on us. Please"

Dai-lee placed the statue to face him and sat on the chair, ignoring the plea from his colleagues, as he brought out a bottle of white wine and two cups. Then he poured for himself and the statue. As he looked at the fearsome statue and prayed that the Great Underworld Judge should visit him at home to drink with him so that his friends would acknowledge his bravery. After his drink, he returned the statue to the Temple, and that made his colleagues respect his bravery.

At work, they had a small party for Dai-lee. To honor his brave act. After work, he got home early that afternoon and was happy. But unknown to Dai-lee his prayers were answered. As he opened the door, a strange red light passed through the door and transformed into the great Judge himself, he entered the room as he observed the room. His looks were even more fearsome than his statue in the Temple. His eyes were gazing out white lights like lightning, as he was very tall, probably 6ft8. For the first time in Dai-lee's life, he was petrified.

He went on his knees as he called the figure's name and bowed. Then he prayed for mercy. "Please, Great one, forgive me. I won't blame you if you kill me right here because I disturbed your Temple and image, but please, have mercy on my soul and that of my household. Please Great one."

Dai-lee dared not look up at the Judge's face. But the judge laughed at him. And Dai-lee was surprised to hear him laughing.

"Oh mortal! Fear not, my friend." His voice was deep, and a little bit frightening.

"I've not come to kill you. I've never before seen a brave mortal like you. Never have I had an invitation from a mortal. So, my friend, I am not here for your soul. Raise my friend, I am here to grant your wish and to have that bottle of white wine you promised me."

Dai-lee jumped up happy that his soul won't be tortured, as he did everything the Judge asked of him.

Good story, @ubani1 Some gods are so lonely in their temples that the gaze of a mere human can comfort him. Blessed are those who believe!!!

In the centre of the Temple stood the Judge of the Underworld and surrounded by the statues of gods and demons of the court of the Underworld, which looked so terrifying. None of them were as terrifying as the fearsome Judge with the green face, fierce looking white eyes and bushy red eyebrows and beard.

Thank you for posting this creative story on @theinkwell ,@ubani1 .
We like to find your comments on the texts of fellow writers.

Wow, your writing is getting so good!! This tale took me away to the temple of the Underworld. We understand Dai-lee. Who has not struggled for a goal that seemed out of reach. It might be something completely different, but we all aspire, we all have ambitions that are frustrated by one thing or another. What limits will we go to in order to achieve our ambition.

I expected Dai-lee to pay dearly for his transgression, but you were merciful. You gave the god a sense of humor. That was fun for me as a reader.

Very suspenseful story, @ubani1. You brought us right into the scary underworld, where our protagonist's life is at stake. I found myself rushing through to find out what was going to happen!

I wished this story continues as it is the interesting story I have read so far. It is good to be brave as this can make one great. He has proven himself great and I'm sure that his illiteracy will turned out to be illiterate.