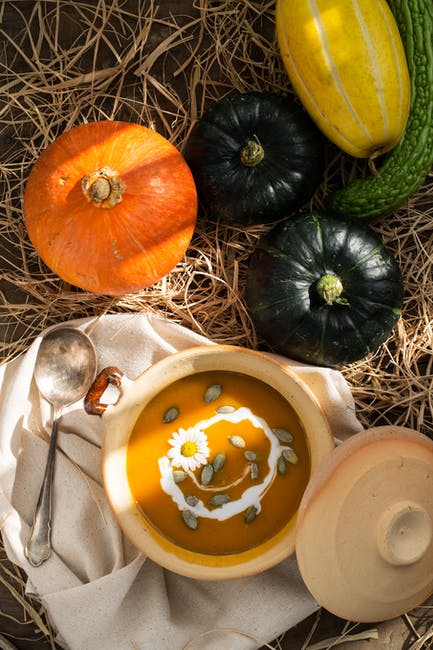 Every community has its special uniqueness, something that draws the attention of others. Some may be their specialty in fishing, basket weaving, or pottery. In any case, these qualities are what make a community productive.

In my village, we have fewer rivers, but more land. Which makes us farmers. Our crops are always in large quantities and affordable. People from the neighboring villages and far come to my village and trade.

I grew up in a small, but productive village called IHITTE. A village blessed with fertile lands, beautiful women, and hardworking men. The village has remained at peace, so far we keep to the commandments of the gods given to us by the village chief priest.

Every three market days. The people of Ihitte will gather at the village market square for bilateral trade. People in the village far and near will come together for bilateral trade or exchange. During the bilateral trade day, villagers bring their harvested farm crops to sell for money. But there was a strange black tall middle-aged woman with white long hair. She was always there selling Chicken soup in her big brown molded clay pot. During that hour of the trading day, her Chicken Soup we're always hot till the trade was over. She never tries to heat the soup, but it was always hot and fresh. How? I thought to myself, nobody found her suspicious. But I do.

After the trade was over, she would carry her big brown clay pot on her head, all by herself up to the mountains, never to be seen again till the next market day. So I decided to follow her to the mountains the next time I see her. I made arrangements. I was curious to know how she makes this delicious Chicken soup, where she lives. Does she live alone?

I waited patiently for the next bilateral trade day, luckily for me, it was the next day. As the cock crow early in the morning. I quickly made my bed, did my house chores, cleaned myself, and ran to the market square without my parents noticing.

Then I got to the market square, it was crowded, as traders laid down their harvested crops waiting for their buyers to patronize them. I quietly hid at a nearby abandoned water tank. Then I closely observed everyone going in and out of the market. Suddenly, the soup woman came into the market with her big brown clay pot as always. She quietly came in without exchanging any pleasantries with anyone, as she dropped the pot on the table, she immediately got the attention of her hungry buyers. I couldn't resist the aroma of the Chicken Soup. I secretly bought mine with my face cap shading my face. Then I went back to my hiding spot and watched tirelessly.

Then I took off my slippers and started following her from behind secretly without her noticing. But I almost got my cover blown, when I stepped on a fallen tree branch and it broke, causing it to make a loud thin sound. Which got her attention. But I was fast enough to hide close to a tree.

She turned back. Halted and observed what made that noise. As she was sure she heard something, after a while, she continued her journey to the mountain. As she arrived, she entered an old cracked hut and placed the pot on top of three big stones that formed a triangle.

I quietly peeped through her window and saw her singing to the pot, dancing around it, as her body moved vigorously to the rhythm. She was speaking in a different language as she danced, suddenly mystical hands appeared above the pot with ingredients to the soup, as she sang the mystical hands moved. The soup was boiling, but there wasn't any fire under the pot. In shock, I shouted. "Ahh!!"

The woman turned immediately. Surprised to see me, she had been caught. "Wait! My child." She called out.

This is an engaging story @ubani1. We are all curious to discover the mystery of the soup lady. The end is not surprising. We wonder what consequences there will be now.

We thank you for engaging meaningfully with your fellow writers.

😊
Thank you for your kind words and encouragement 👊❤

Hello @ubani1,
I leave the story worried about our curious protagonist. If the soup maker has such powers, can she use them against people? Will our dear protagonist be punished for learning the secret? What will happen on next market day? The mystery is tantalizing.

The scene in the cabin is well drawn, as is the atmosphere in the marketplace. You did a good job in drawing us into the mystery of the soup.

Maybe i'll write another story to answer the unsolved puzzles/questions.

I'm glad you enjoyed my story. Thank you for your support and encouragement 😊💯❤

Thanks so much for sharing with us❤️ good job.

A story made on the ancient fantasy of the magic table. it is a complex tale with elements, ethnic, mythical and magical, Good work, @ubani1

Thank you so much for your kind words 😊❤

Fun story, @ubani1. I can almost smell that soup!

I wonder what the old woman would have said to the boy if he hadn't run off. It's always a good idea to run when someone who is conjuring things with weird magic calls you "my child" and urges you to come closer.

i can almost smell that soup!

It's always a good idea to run when someone who is conjuring things with weird magic calls you "my child" and urges you to come closer.

True. When i was little my mother would say to me. "Timmy don't answer strangers. If they call you. Run!"