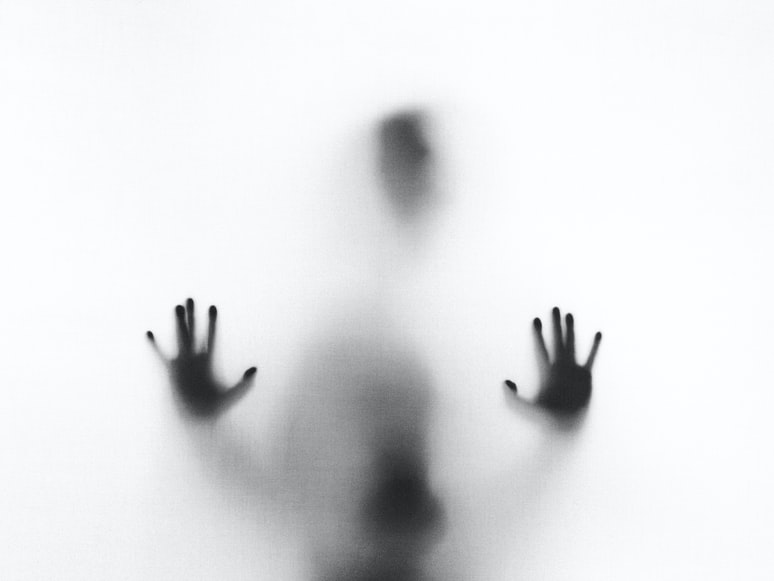 They are stories of evil beings, scary creatures. Many were just fantasy, but what am going to tell you might leave you scared, and believe it's trueness.
The Shadow man walks in the dark, and I fear they are watching me. Many say they are attracted to those who are interested to know about them. So my dear readers. You read at your own risk.

It was a rough week for me, after working several jobs to raise money for my Ph.D. tuition fees. It wasn't easy for me. I was having difficulty sleeping because I had to take drugs to keep me awake at night during my work hours.

So tonight, I decided to take a day off from work to rest.

I was awake lying on the bed in my room facing my girlfriend's back, staring at it, hoping that I might sleep after taking sleeping pills. But my mind was still active, my eyes couldn't close. My eyelids refused to grow heavy. How long would I keep staring? I was getting tired and restless. So I sighed in irritation and rolled over.

As I turned, my eyes sighted something. I wasn't expecting to see anyone in my room. Nobody was supposed to be in the house except for me and my girlfriend.

An unknown dark creature stood still, I was shocked, my mind was still processing what I saw. "Was It a dream? Maybe I am hallucinating." I thought to myself,

The creature had a masculine feature. He was standing in front of my restroom, quietly staring down at me intently. His hands were by his side with long fingernails, his eyes were gazing out red lights as his feet were fixed firmly on the floor. He kept staring at me without any expression on his face. His stare was like he wanted to attack me. He had only an eye on his forehead, no nose, no ears, and no mouth. No facial features. He was just a black figure standing at the entrance to my restroom under the white light. I could see his shadow so clearly that I wished I could scream.

Just imagine seeing an unknown being standing in the dark in your room, watching any movement you make. Creepy right? That's how I felt.

He was tall, maybe six foot four, and dressed in a black long robe. I could feel his presence and it was filled with mischief. He stood there watching everything I did as if I was some lab experiment and ready to harm me. No doubt, he was obsessed with me.

I tried waking my girlfriend, but she kept snoring, ignoring my call. As she is deep in her sleep. Now my heart was racing fast, I was sweating profusely, panicking as I wondered if he would harm me.

So I slowly reached for my bed lamp to turn it on. As my fingers secretly searching for the power button with my eyes still fixed to the scary figure. Then I turned it on and it disappeared. Maybe it doesn't want to be seen or looked at in the eyes.

I tried to believe it was just a vision because I couldn't sleep. But every night I stay wide awake, moving the entire time. It can't be a vision. It was real.

Now I wonder if he will come back to watch me go to sleep. I think of the Shadow man and I wonder what he wants from me and what he will do to me.

So now I stay awake many hours at night, hoping if I will ever see him prove his existence and I pray it doesn't.

That is an interesting way to end a ghost story, @ubani1: wanting to see the specter and dreading the sight you yearn for. You do a good job of creating atmosphere. Ghost stories are really all about atmosphere.

Thank you for posting this story in the Ink Well community and thank you for engaging with your fellow authors.

It's not hard to write a ghost story, really, because we have all heard, or read so many. What's hard is to give it an original twist. Your ending, in which you dread seeing the ghost but yet are driven to see it--that's an interesting twist. It's the kind of thing Edgar Allen Poe might write. The terror is interior, in the mind of the narrator. Fear is, after all, subjective.

Thanks for joining in this week's challenge. You did well.

Ooh, so creepy! The Shadow Man is going to give me nightmares tonight. Thanks for this spine-tingling story, @ubani1.

The story was short but it was really interesting. Also, the description of the Shadow man was really flesh out (somehow using flesh out to describe a being of shadow feels wrong) and scary. If I were in the protagonist's shoes, I would most likely have acted like him.

If the shadow man doesn't kill him, his own worry will. I feel sorry for the character, but at the same time am fascinated. A great ghost story ♥️

Well, that would hunt him every night.