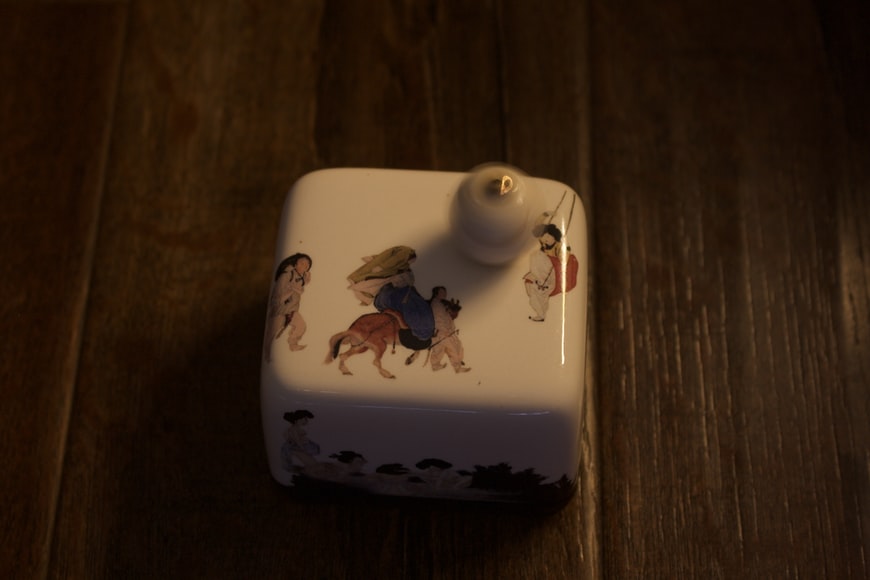 I hated the minute I laid my hands on that possessed music box.

It was on Christmas day. The only special day we had a full home, all the family members were present to celebrate the season and enjoy the moment. I could remember how the occasion had been and how disappointed I felt when I took my gift under the Christmas tree. I remember ripping off layer upon layer of the awkwardly wrapped box with a red wrapping paper. As I took the box, curious about what was in it, shaking the box that encased it, hoping it was the latest toy. Automatic flying toy airplane that I nagged with my parents about for months.

I could remember the smile on my Uncle's face as he quietly watched me open the box and the sudden silence that fell when I finally saw what was inside. It was a music box. "A music box?" I shouted in anger.

"It's handmade, Jimmy!" My uncle said, smiling and clapping his hands in amusement at the surprise gift he got for me. He was more excited about the gift than I was. "I got it from the roadside shop, it took the shop owner two days for her to make such a beautiful thing!"

I was shocked and angry, as I couldn't stop staring at the small box. I ran my hands across the smooth wood and traced initials carved on it. Part of me wanted to break the box into pieces because that wasn't what I wanted. A music box wasn't the latest and coolest toy a nine-year-old boy could get.

My mother coughed, as I signaled to get my response. I grudgingly looked up at her, as she sat in her old grey armchair, a glass of wine in her hands, blue eyes staring gravely at me. I could sense what she wanted to say just by looking at her. She held a straight look with her eyes not making any move or blinking.

A faceless expression, but still had a lot of meaning. I could see it on her face, the constant warnings, and lectures she gave me and my little brother, Mark about how to show appreciation to every little thing you receive from others because a man's character is defined by key moments in life.

Then I looked at my uncle and gave him a weak smile. "It's cool!" I lied, as I smiled holding it up for him to see how I admire it. My uncle chuckled and stood up from the couch, settling on his knees beside me.

"Oh, my boy, you are going to like this." He said as he patted my hair, taking the music box out of my hands.

He kept rolling it around before finally flipping the lid open, while I watched carefully. As soon as the lid opened. A small red wolf was at the center of a turning disc, carved in wood, howling at a non-existent moon. It began to turn, silently at first, before the music accompanied it.

"Uncle Ben, what is that?" My mother asked from behind me. I didn't want to interfere with her question because I knew what was bothering her. And that was the music. The music was the reason why I hated the music box and it took every inch of my blood and willpower not to destroy my uncle's gift and toss it into the fire where it belongs.

That night, my little brother and I went to bed to pass the night, as we lay on our beds. The moonlight found its way through the transparent drawn curtains, shedding a silver glow on the tiles between us. The cool breeze that blew into our room made a cold atmosphere making it easy for one to sleep. But we were unable to sleep, too tired to do anything else.

"What is it, Jimmy?" My brother asked. "Is it because of the gift Uncle Ben got you?"

"Yes, of course. Why should he get me a music box? Music box of all toys. Really!" I frowned. "Just imagine my friends seeing me with this. They will laugh at me and say a girl's toy. That would never happen because I am going to hide it in the back of my toy box and forget about it."

"But, what if Uncle Ben comes around?" Mark asked

"Fine, I'll find a special space for it on my bookshelf. Where Uncle Ben could see it."

"Not right? What do you know about right and wrong? Not right, then you can have it."

"Okay, can I see it?" Mark requested.

I turned to look at him to be sure of what he said. He sat across the edge of his bed, waiting for my reply with a smile on his face which almost looked cute. But still annoying at that instance.

"Alright, in the morning," I said.

I rolled over, frowning, as I lifted myself so that I could get him the music box. Mark sat at the edge of his bed, staring at the music box he held in his hands. I quietly watched him, waiting for him to open it, but he just sat there with his eyes fixed on the music box. It made me uneasy.

"Mark? What are you doing?"

"It's beautiful," he said softly, turning it around with his hands.

Immediately, he said that I felt the temperature in the room dropping slightly, and my hands curled around the edges of my blue blanket, pulling the covers closer.

"Uhmm, Mark, maybe we should check it tomorrow morning. "

He didn't reply to me. He sat the music box on the center of his bed, in front of him, and flipped it open.

I don't know if it was the moving shadows or the way Mark kept staring at that freaking thing, but the moment the music began to play. My body began to shiver uncontrollably. It seeped under the covers and crept into my nightwear, sliding up and down my limbs like a cold finger leaving trails across my skin. The air grew heavier and my breath came in short gaps as if someone was sucking it out.

"No, Jimmy! It's so beautiful. Isn't it Mr box?" Mark asked, then he slowly raised his head to look at me.

My heart jumped in my chest, and the cold finger of death trailed across my body. Suddenly, it felt like sharp nails that dug deep into my skin. He stared at me with eyes that turned into deep yellow and the smile on his face didn't reflect the amusement of a five-year-old boy. It was dark.

"Isn't it Jimmy? Don't you like the music?" Mark repeated, but this time his voice carried a deep pitch that signifies pain at the end of my skull. Now the music playing loud in the music box made it worse.

"Close it, Mark" I cried out, cringing from the music's onslaught, as my mind was screaming for mercy, ready to scream and run out the room.

"Let's dance together, Brother." His voice grew deeper now, strange to my ears. He began to chuckle.

"Let's dance. Let's make music. Let's sing in the moonlight!"
His voice rocked through the room so violently, I was certain it would shatter the windows and shower me with glass fragments. Immediately, I screamed in return, feeling those cold hands latch onto my spine and twist, forcing me to arch my back aggressively under the entanglement of the bedsheets. The music coming from the box rose so high that it pierced my ears causing me unbearable pain. As I clenched my fist and my nails dug into the palms of my hands ready for the unknown.

Suddenly, just when I thought I couldn't take it anymore, the agony coursing through my body threatened to tear me apart. The door of our bedroom flew open and my Dad stormed in.

"What the hell is going on here?"

For sure Mark was possessed immediately as soon he played the music box. It was very scary when all of a sudden you can feel something very cold that touches you. A good story bro and it's creepy.

Amazing plot. I like the description from start to finish. I could visualize everything.
That wasn't just a music box but something more sinister. What could have happened? Only left for the imagination.
Well done!

Nicely done. A well-crafted, scary story with all the elements of classical psychological horror. The end is great. The father opens the door and everything settles down.

Thank you for posting the story in the Ink Well community. We appreciate your meaningful engagement with other writers.

Wow, that is creepy! The effect of the music box on the brother, with the deep voice and yellow eyes is really effective. And how he asks Jimmy, "Don't you like the music?" Straight out of a horror film! And then there's the "cold finger of death" Jimmy experiences. Thank goodness the dad comes into the room before anything terrible happens.