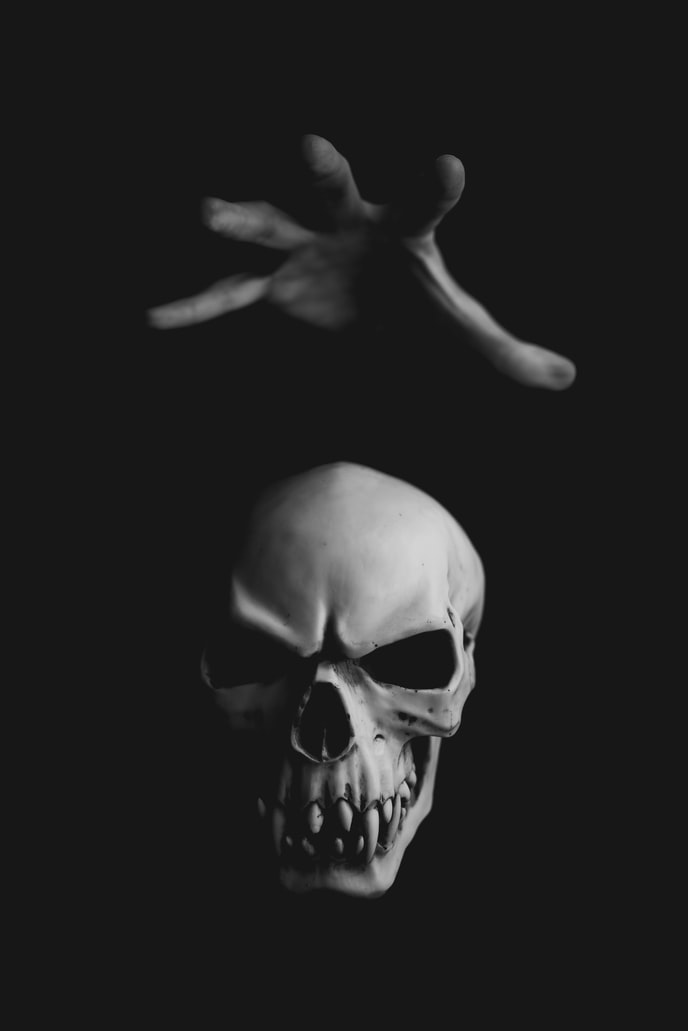 The truth of human existence has been given a lot of theories. Theories that we may find hard to accept. While some scholars are still searching for answers.
But I ask, "Do these theories truly define our existence?"

Dr. Charles was a man of science. A man of proof and rules. He never believed in stories or manifestations of something he couldn't see, hear and touch for himself. Those tales and stories of ghosts, goblins, and ghouls do not affect him, and if any would appear before him, gibbering. He would not be afraid, for to him it had no existence. Just a mirage.

Dr. Charles was known for his writing and publications on anthropology and ethnology. His studies were about human beliefs, culture, and superstitions, or supernatural powers. The superstition of the natives of Jajamadum Island, in the territory of Eastern Indonesia. Where lies a tree that grants one wish, but one must sing dearly to the tree for it to grant your wish. Mr. Charles doubted it, so he journeyed to Eastern Indonesia.

He arrived in Eastern Indonesia and needed help to go to the island. But everyone refused to go there. No shop was ready to lose its crew for such a crazy adventure. Except that of Captain Jack. He and his crew had been to the Island several times without being hurt. He was never a native, but a foreigner who had grown to understand their culture and language. Many said he has been cursed by the island or made a wish to have safe passage to the island or is a demon in a human body.

Dr. Charles met with Captain Jack and discussed his plans. Jack offered his services. But on one condition.

'If I am to go with you. I shall take with me mine crew which are natives and two goats as a peace offering to the Island for safe passage." Said Captain Jack.

Jack gave a characteristic smile, which curled his mouth without reaching his eyes.

As they started the journey. Captain Jack's crew were murmuring among themselves. Talking about Captain Jack's strange ability to see clearly in the dark without the use of a flashlight. "He must be a Devi." One of them shouted.

Dr. Charles took his pipe out of his mouth. The word "Devil" caught his attention and is worth investigating. "How so?" He asked.

"He sees at night. Last night, when night fell, the goat ran away into the woods. He told us the direction to follow and he caught the goats."

"Oh, don't be silly. He probably heard them."

"Then why didn't we hear them? Or are our ears duller than the foreigner's?"

"Well, maybe." Dr. Charles replied as he resumed his writing.

Later, in the day. He mentioned the matter to Jack about his strange ability to see in the dark.

"How is that possible?" Dr. Charles asked.

"I should be asking you, Doctor. Well, it's true. I did see them."Jack explained emotionally, " by a bright ring light surrounding them. Anytime I want to see something in the dark, I focus my mind on it and the light begins to glow."

"You doubt me? Fine, I'll prove it now. I'll tell you what's in your right chest pocket at this moment."

Dr. Charles smiled and glanced at his pocket. It was deep and zipped.

"Alright, go ahead." He invited Jack.

Then Jack's strange eyes began to swivel towards the pocket and fixed his dull gaze on it. As Dr. Charles felt a little coldness creeping along his spine. Shortly Jack said, "you have a photograph of someone dear to you in there. And you have not had it long. It came before you arrived here. It's special to you. "

Dr. Charles made a noncommittal noise and didn't want to accept that Jack could be right or wrong. "Okay, describe it."

"A little boy, maybe six years old, young, blonde hair. I think. Wearing a dot hat, and a blue sweater with a silver necklace. He's holding a knife next to a cake with a dog beside him. Yes, a big brown dog.

Dr. Charles's jaw dropped immediately, for the description was accurate. The photograph arrived three days ago, and Jack couldn't have seen it. He was fascinated by his amazing abilities.

He left the book he was writing on and started asking about Captain Jack's background. That night, as they were discussing. Dr. Charles let out a yawn and wished to retire to bed.

"I am off to bed Jack. We'll continue when the day breaks." As he walked towards the door.

"Hold on! Please can I ask you something?" Jack asked

"Can you sleep in my tent with me? Please."

"Why? Dr. Charles was surprised at his request.

"Anytime I use my abilities, I have bad dreams, nightmares that feel so real and my crew have refused to sleep in my room with me."

"Alright, enough of your stories. I am exhausted. Let go in."

He lay down on the far side of the bed, in his clothes, pulled up the rough blanket around his shoulders, and fell asleep. Sleep came to him quickly. After a short while, he felt a physical discomfort for the blanket which was his only covering was sliding off his body. He gave it a mad jerk. It resisted as it had a life of its own.

He dragged it up and held it about his neck, then he went into sleep again. But this time the blanket was slipping, slipping downwards. Until with an angry jerk it and it fell on the floor. He got up and picked the blanket violently and went back to sleep.

It was then, he felt a touch on his neck and tensed with terror. The pressure of fingers was on him. In a state of great fear, he flung the blanket off his face and frantically searched at the thing that had touched him.

It landed on the floor and lay visible in the lamp ray. It was a hand with an eye. It had no arm, but an eye. The skin was black and hairy. The thumb was out. The finger was long with long dirty nails. The eye was constantly rotating, searching for its way out. As it slowly walked backward out of the room door.

Immediately he saw that, he shouted Jack's name. But he slept still like a dead body, his face wore a look of pain, as though he were silently suffering a nightmare. He gave no response, then he ran out of Captain Jack's room.

Thank you for sharing this wonderfully creepy horror story in The Ink Well, @ubani. Dr. Charles appears to have become a believer by the end!

Thank you for your support 😌. I am grateful 🙏❤💯

You are trying horror, @ubani, and you are doing it well. This is a spine-tingling story. The image of the eyeall and the hairy hand is creepy, creepy. I wonder if Charles is going to continue with his investigation. I wouldn't :))

I guess he wouldn't. The experience he had made him a believer 😂

Thank you for your kind comments 😌❤

Oh my, that creepy hand with the eye! I could almost picture it creeping out the door! Does it walk on its fingers? Really fun horror story, @ubani1.

Oh yes, it did walked on its fingers.

Thank you for reading my story 😌

I don't recall the name but I saw something similar in a movie. The hand walked on its fingers, blood pouring from the cut wrist and it had an eye on each of its fingers.

Oh my, that's very creepy. But i would love to see the movie 😌

Thanks for your kind comments.😌

That was really creepy but I liked it. Great story.

I am glad you enjoyed reading my story.
Thank you for your kind comments 😌❤💯

Congratulations @ubani1! You have completed the following achievement on the Hive blockchain and have been rewarded with new badge(s) :