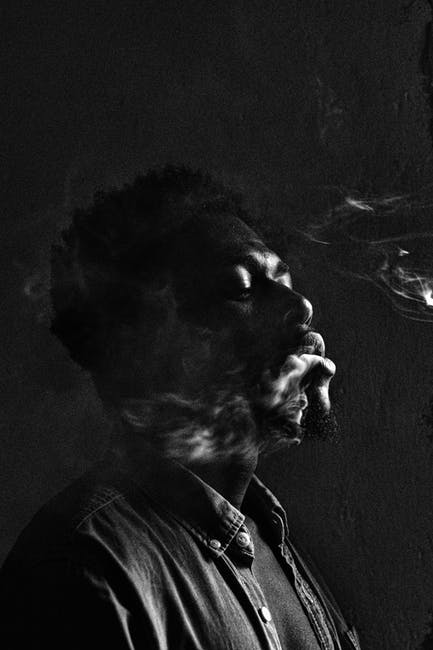 They say losing someone so dear to you can make one go crazy and emotional damage.
Growing up as a little girl has been difficult for me, ever since mom left us for her new lover, abandoning my dad and me in the old Brown bungalow. Ever since then, my dad has changed. He couldn't handle my mom's absence because of the love he had for her. So to control his feelings he started smoking, smoking packs of cigarettes. A habit I have tried to stop him from but he just refused to listen to my advice.

My mom broke not just his heart, but his life because nothing remained the same. He receded into himself, became a shell of his former self. He was unable to keep down a job, he kept getting fired.

As I got older, I began to bear responsibilities. I made sure I made enough money to take care of both of us. And all my father could do was to rely on his cigarettes.

He had become an addict and letting go was impossible.

The first time he slumped and I took him to the hospital, the doctor had said his lungs were bad. But if he stopped smoking, it could be saved. He spent a month in the hospital.

And that night he was discharged, he began to smoke again.

There was nothing I told him that he listened to. Every morning and night the neighbors would hear our voices as we quarreled. It seemed I was more interested in keeping him alive than he was.

And now, six months after he was discharged, I got a call while I was in the office. It was from my neighbor at home who helped me check on my dad from time to time.

"It's your dad!" He said the moment I picked the call, "I found him unconscious on the floor. The ambulance has taken him, you need to go there at once."

I had to clear out my desk before I hurried out. I drove like a maniac, almost getting myself and some innocent pedestrians killed.

Once I got to the hospital, I hurried to the receptionist's desk.

'I'm here to see my father!" I cried as I called out his name.

The nurse directed me to his ward. It was in the emergency section. My heart was beating furiously as I hurried along the white hallways. As I got to the ward, the door opened and the doctor opened. I recognized him at once. He had been the one that had told my dad never to smoke again. I could tell he recognized me as well.

And he was not smiling.

"Where is my father?" I cried.

He helped me to a seat on a chair, then without another word left.

And I am still there, all alone in the world. In the white hospital. Mourning my dad whose addiction had killed him.

This is a well-realized story, @ubani. You have a strong narrative arc and strong character development. Thank you for sharing the story with the Ink Well community. We very much appreciate the strong support you show to your fellow writers.

Hello @ubani1,
First of all, I'm impressed with your adoption of a female voice. It's good to stretch our writing muscles and imagine we are someone different from ourselves.

Also, I think you did a really good job of fleshing out the characters here. The father has given up on his own life, and on raising his child. But the child cannot give up on the father.

In the end, the child is alone"in a white hospital". That's a great image. White is the color of absence. The father is gone and the child is feeling the loss acutely.

This is another story that shows that a wrong choice cannot be solved with another wrong choice.

The wife left, that's a sad thing for the man. I understand that much. But the man should have found solace in the fact that he had someone to take care of. He should have considered looking after his child, but he didn't.

Well well well, it was a sad ending for both the man and his child. Addictions kills.

Hi @kenechukwu97. Thanks for stopping by The Ink Well and for supporting @ubani1!

This vignette of lives ruined by despair is very intense, @ubani1. Sometimes I think there are basically two types of people in the world — those who will carry on and persevere no matter what, and those whose lives can be torn apart by the tough stuff life throws at us.

Fortunately, I think the narrator is the first type. While she couldn't save her father, she showed incredible strength in dealing with his depression and bad habits. It bodes well for her to be able to move on with her life and find peace and happiness.

Thanks for sharing your work in The Ink Well!

Yeah, a lot of people are going through tough and difficult time. And some take different measures to treat or solve them. But he didn't take the right approach, indeed, he hurts his daughter by leaving her alone in this cruel world.

Thank so much for reading my story @jayna ❤💯💯😌

As an addict I can sympathize with your father's plight. As a father I can feel the turmoil and distress in the words you have written. Your heart and soul were stitched into every syllable.

I, like you. Most likely live in a world of grief. A world that once held color now so bitter and cold, frozen from the saturations of hues. Because now there is a hole within your heart, your soul.

You feel like a good failure. If I would have only done this or that. Maybe he'd still be here, maybe you'd be able to prolong his life.

But it sounds to me like an he died when your mother left. He tried his best but the pain was just to surreal. (I can only hope and pray that your ok.)

With my tortured heart and soul, and knowing the pain of of loss. Both yours and his. My heart pounds for you. For I miss my darling son, oh so much. And his mother god bless her, we split and idk if she's ok or not. But I hope she is.

Please take care of yourself, and live your life to the fullest. Because I am positive that's what will make your father smile down on you from the heavens, the most.

Wow, reading your comment made feel like you had an experience about this. But though this story plays in the real world, it difficult to let go of those we truly love. But what pained me. Was he found solace in smoking and now leaving his death in the world alone.

Thanks for reading my story ❤❤

I lost my son about 3 years ago...and my cousin died two feet away from me around three months later. I watched him bleed to death, while I was trapped inside a car, the steering wheel had pinned me into the driver's seat. It was a horrific experience...

So yes, I'd say I have experienced the pain of loss portion of your story.

But what stood out even more to me was the addiction portion.

I'm an ex heroin and meth user, so I know about addiction. Probably to well, I have been clean(sober.) For about three years. Still battling with my addiction to cigarettes.

But hey, I guess as long as I'm off those vile toxins I'm doing pretty good.

That's a lot of pain. I can't imagine the pain you passed through. But i am glad your okay and recovering from it.❤

Addiction to cigarettes is hard to stop but it doesn't mean it's impossible. The cigarette is where he thinks his comfort zone. He enjoys himself through that bubbling smokes floating in the air. Even so, it's dangerous and I'm sure your story gives so many lessons that a reader can have. This type of story is like a wake-up call for someone who is still enjoying the fun of playing the smokes.

Yeah, the addiction towards cigarettes can be stopped, but didn't accept the fact that is wife left and try to love and care for his daughter, indeed he caused her pain and also to himself.

Thanks for reading my story bro❤💯😌

Such a touching story, at times people tend to find solace in the wrong things during grief. This ultimately leads to pain for both the person and their loved ones