CREATURE OF THE NIGHT 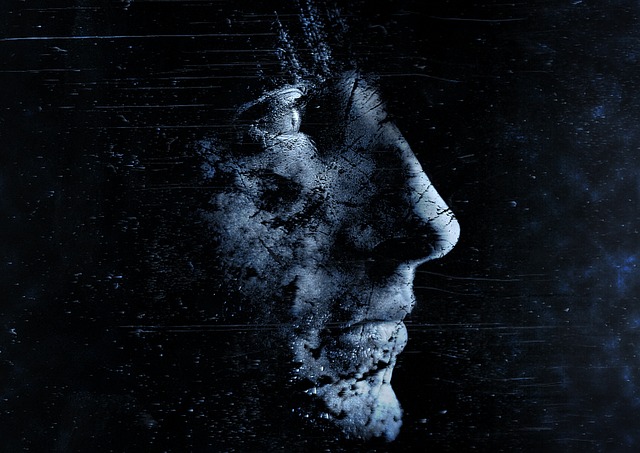 There's a saying in the town of Oakland, "when the night draws near, then the creatures of the underworld comes out to feed on human souls and fill the underworld soul pot."

Stories of these creatures have been told to many generations, but still, I find this hard to believe. They are just mere superstitions.

My name is Sammy and I am ten years old living with my single mother who works as a nurse and still has to do other jobs just to pay for our expenses because my Dad left us.

Ever since my Dad and Mom separated, life has never seemed to have any meaning anymore. No love. No peace. My Dad was the cause of the conflict. He was never supporting or showing appreciation for my mother's hard work and his little earnings. He never used it for the wellbeing of the family, instead, he lavish his money on alcohol and womanizing. All this was just to provoke my mother to leave because he was having a secret affair, which I found out, but I couldn't tell my mother, as it will break her heart the more.

Every evening by 8 pm, my mom would prepare herself for the night shift at the hospital, so she would call Tracy the nanny. Tracy, an undergraduate at Winfield University. Although, she's a foreign student who is on a scholarship. But still, she has bills to pay that's why she took a nanny job. She's a fun and active person, but you don't want to piss her.

"I'm off to work now, Tracy would be here for the night. Be cool with her and make sure you don't go outside. Lock all doors, Sammy." She ordered

She stepped out with her lab coat and car keys, off to work.

It was 10 pm in the night, the sky was dark in Oakland, as I was alone with my dog, Becky, waiting to hear the doorbell as I anxiously waited for Tracy.

I sat on the couch with my dog next to me, as I quickly watched my favorite Tv show. Suddenly, Becky was rubbing herself on me, she wasn't feeling comfortable. Maybe it was a stomach issue. I thought to myself, I knew she needed to use the restroom, but I was afraid to go on a walk at night, and mum had warned me not to step outside of the house. But Becky was in pain. So I ignored Mum's warnings. Fought my fears and I walked Becky to the backyard, and I sat on the bench pondering why Tracy isn't here yet, while I waited for Becky, as she peed on the open field and sniffed around. I wanted her to get some energy before we went back in.

As I watched Becky sniffing around the open field, searching for the unknown. Suddenly, I got a weird feeling that someone was watching me, staring at me in the dark. So I looked over the left in the woods, in the direction from where I had that weird feeling coming. As I slowly turned my face towards that direction. I saw an unknown creature standing next to a tree, as its eyes kept glowing red in the dark. Its stare felt like it was close into me, ready to harvest my soul or prey on me.

I froze, hoping if I stayed still that he did leave me, but I was wrong. I thought what I saw was maybe the trick of my imagination, so I turned on my torchlight, which was barely bright enough to see.

So I kept still, hoping the unknown creature might stop staring at me. Suddenly, Becky started growling and barking in that direction. She ran forward, barking at the top of her lungs, chasing the figure until she was lost in the dark. Shortly, she ran furiously towards the door. "What was that she saw?" My heart raced in my chest, as I panicked.

I have never seen her this scared before. I was frightened. Becky and I both pushed past each other to try to get into the house quickly. Immediately I slammed the door shut and turned off the lights. I could hardly breathe.

I kept hearing noises coming from the backyard. It sounded like a crack was forming on the wall and sometimes felt like a wild wind. The noise was unusual, felt like something was breathing loud, then the feeling of being watched sent a creepy sensation to my body. So I tiptoed slowly to my bedroom, picked up the cellphone on the table, and walked to my bedroom.

The temptation to look at the backyard popped in my head. So I turned to look, then I saw a man on horse legs with bull horns on his head and glowing red eyes. The night creature pressed against the door. He walked through the door, then halted, as his face turned towards me and let out a creepy dead smile at me like he had plans for me. Staring at him felt like staring at pure evil.

Immediately, my dog yelped in response and raced towards my bed. I ran over as well. We both hid under the bed after I locked the door.

I couldn't take the fear anymore. So I thought of calling the police for help. But what will I tell them? "A scary being is in my house." It sounded crazy and not believing.

So I took my phone. Dialed mum's number, as I whispered to the phone. Scared that the figure might hear my voice.

"Hello… Mummy, please come home. Something is here." I whispered.

Then the phone went off.

It wasn't long when I heard a knock at the door and someone called my name. The voice felt homie. So I slowly picked up my touch light and a pepper spray, then I opened the door. It was Mommy, she walked into the room and turned on the light, there was nothing there.

Now she thinks I am crazy, but still, she gave me a warm hug that made me feel safe.

Tracy has some explaining to do, where the hell was she?!?

An eerie figure emerges from the darkness and fills the reading with suspense, @ubani1 . We are left asking ourselves questions that have to do with the characters mentioned. The father, the nanny...

Thanks for posting this creepy story on @theinkqell, @ubani1. We're glad to see your comments on fellow writers' posts.

This was a gripping story, @ubani1! I really liked it. You do a great job of building the fear and suspense. But it does feel like something is missing, or not quite finished in the story. What happened to the nanny? What was this creature? Why was it there, and what made it go away?

There are a few good ways to resolve the build up of suspense in a story like this. For example, the boy could do something to scare off the creature (like in Home Alone). Or the boy could turn on the radio and hear that some creature had escaped from a lab, and call the number provided... then the authorities could come just in time as the creepy creature is battering down his door. Or it could turn out that the creature is really the nanny's boyfriend playing a trick on them. But we readers want some kind of resolution of explanation! I hope this gives you some ideas, for this story or a future one! :-)

I love your work. Keep writing!

Oh yeah, something is missing indeed. I just noticed it. Am sorry for that.
Next time i'll make the story resolution complete.

Thank you for your good ideas and support

Sammy is really brave and clear headed.
I wonder why Tracy didn't turn up.
You leave your readers wondering what that evil thing was and what his plans where.
Nice way of keeping the attention.
Good read.