@ubani1 62
5 months ago
Authored by @crymi
The Ink Well 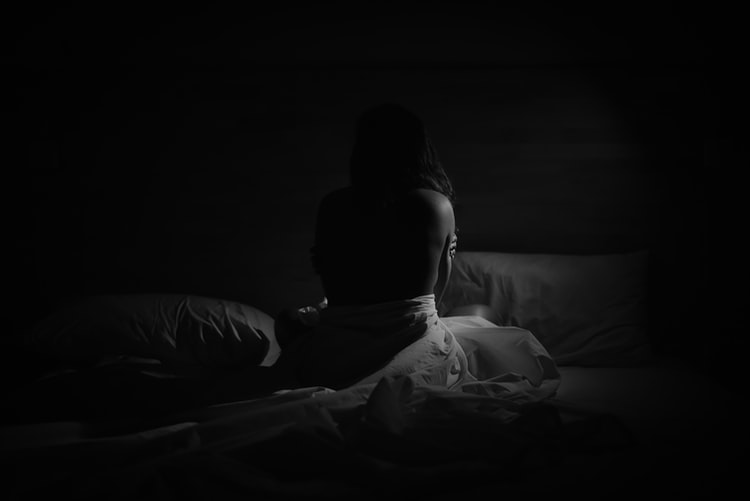 Once I was like you, wild and free, looking for something only I knew what it looked like, waiting for someone perfectly flawed, like my body, holding on to a thousand broken pieces of myself, my heart, my mind, and body, but even as I held on to them, I was still kind enough to share, so I did.
I shared every part of me, forgetting to reserve some for me in the long run because the famine will come; and it did.

I was young, not so naive or innocent as mama thought I was, I believe the men in my church knew better.
Mama had taught me the ways of a holy girl, keeping my virginity for the man who's worthy, praying and fasting for the man I'll end up with, but was he keeping himself for me? Or was he praying for me? Well, I guess those are my values to keep and uphold right? So perhaps when I keep myself and he gets married to me he'll never leave me because he married me a virgin, unlike mama, maybe father left her, although I never knew him, because she wasn't pure.
So I'm going to remain like this till I meet the one, at least, so I thought.

May 31st, 1979, I met the man of my dreams. By the gods, he was all I had written down on a piece of paper and given to God on the altar, taller than I was, polite to a fault, noticed the little things, had the eyes of the devil himself, and a smile that could make any woman's leg open on their own free will.
God, he was beautiful.
And I fell.

I've fallen for so many men, you know...
I was a girl very insecure about how I looked, my body wasn't really attractive, but somehow the men still wanted some of the juice I had, so they squeezed it out of me, I let them, but I never let them into my holy place, but at least they defiled the environment of the holy place, sin was delicious and I've been with men who chanted sin as a mantra and worshiped it with me at any chance they got, mama never got to know.

But him, he was good, never talked about sin, he was the first man to ask me out on an actual date, like a real date, it felt surreal, but I said yes.

The fact that he never demanded anything sexual from me, made me want to give it to him, it was hot, and his self-control was torturing for me, but damn, he was good.
I felt on top of the world whenever he walked with me outside and held my hands in his possessively. I felt owned and loved at last, and gosh, you won't believe this, but he lets me eat and watches me.
I've had men want to get me food and they pick a salad for me and a bottle of water while ordering mouthwatering meals for themselves, they said it was good for me, so I didn't argue.
The men I fell for only went out with me at night, never during the day, maybe they didn't want to be embarrassed or seen with this; me.

This man-made me feel good, never failing to tell me how beautiful I was in and out and how he had found the one, every chance he got.
I never quite understood the way he looked at me, I knew I wasn't all that but his eyes said otherwise.

"Why are you always looking at me that way?" I asked him one evening as we went on a walk together.

"You know, secretly, like you're looking at your favorite meal."

"Well, young woman, is there any other woman I want? Or any other food I want to eat, when you're right here by my side?"

I giggled, I had won the lottery.

His name was Timmy, he never told me where he was from, but who cares.

I brought up the issue of going to see mum or even his friend, but he always shoved it aside and said we needed to take things slow and not let anyone know about us yet because he wants to surprise them with our love story, and oh, I believed, I wanted the girls to awww at my story because this is one very cute love story.

On this date, I was about to order a salad as usual, when I bent to my level because I was shorter and he said "you're sure you wanna have that? But I want you to have what I'm having…"
I let him have his way, we ate together, but I couldn't finish my food though, excitement took up the remaining space in my tummy, that meal was the only thing I ate till the next day, I was too excited to eat.

After lunch, we went to the cinemas to see a movie.
In all honesty, I think the movie was seeing us, because of what happened throughout the movie - till the end; I can't recall, not even a single scene, but I can tell you what his lips tasted like.

They were demanding and addictive, like whipped cream on a chocolate cake with strawberry, I remember him teasing me after the movie and saying "all you kept saying was more, more, kiss me"

I didn't deny it, I looked flushed and swollen in tender places, I've never been kissed like that, and damn, he was good. I admit I've always wanted to, you know, experience those lip swelling kisses as seen in movies and hear my friends talk about, and I told him, because I have a bad habit of spitting out whatever I think, and he laughed and said,

as his fingers found their way under my shirt. I knew I had a large chest but his palms made it feel as though they weren't so large. He cupped it perfectly and was just the right amount of filling, who knew my throat could produce such sounds.

That was it, ladies and gentlemen, for two days, I never let my tongue swipe across my lip, neither could I wear a bra, or I'll wince from pain, sweet pain, it hurt but If this was what good kisses felt like, then keep hurting me.

I ended the day glowing, saying goodbye was hard, when I finally checked my phone, cause I didn't bring it out, I didn't want any disturbances, I had over six missed calls from mama, but I already told her myself and Brittany my best friend, went for a study group program, so I knew I was covered, I went home smiling.

The next few weeks were awesome, nothing made me sad, I went to visit him often, with Brittany as my cover-up and study and my way out, I spent a lot of time with him and he has the first one to enter the holy place, I've never felt what I felt when that happened in my entire life, this man was a sex god, I wasn't a dancer but my body danced vigorously, so did my organs, he played good music.

Days whirled into weeks and weeks to months, as the last time I heard from Timmy was the day after I let him take my most prized possession, which I didn't regret, yet.

I went back to his place and the people there told me they've never seen such a man around there and more so with such a name, I became disturbed. I searched on social media, all to no avail, I tried calling his line, it was nonexistent, what was going on, I was losing my mind, did I just get used again, did my forever just end? I was finished, but little did I know that my finishing had just begun.

A few weeks later, the news carried the story of an Akudaya, that was seen by his relative in Benue, the papers had it that this nonhuman was seen along the streets of Ababe in Benue with a young lady who posed as his wife when this relative of his saw him and called him by his name and on the spot he disappeared, the whole street was in chaos, till this day his direction is unknown.
The Yoruba's confirmed an Akudaya to be someone who dies in a place and goes to relive somewhere else and start a new family or a new life, and if seen again by someone who knew them in their previous life, they disappeared, never to be seen again.

I was rushed to the hospital after the news. It's no news that I gave myself and my Purity to a spirit being and fell in love with a supernatural entity. How I live to tell this story, I don't know, but God is merciful.

I think that was enough lesson for me, I was given a second chance, love found me and it's been 40 years and going on.
You may never be so lucky, be careful out there, watch who you give yourself to, pray and learn from my story.

I knew it, I just knew it deep down that something wasn’t right with that guy and I was right. 😅

Beautiful story my friend, I enjoyed every bit of it.

Interesting story, @ubani1 or @crymi . I like the use of spontaneous and daring language! You carry the tension very well. I didn't know the figure, nor the Akudaya myth.

Hi @ubani1. At The Ink Well we are trying to understand what is happening with your account. Your posts now say "authored by crymi." This story is 100% plagiarized from the following story, which is not allowed in The Ink Well: https://steemkr.com/hive-111825/@crymi/her-strange-addiction.

No that is my story.
That's my account on steemit. That's why i mentioned the actor name @inkwell

The story is mine please 🙏

Thank you for clarifying, @ubani1. Please do not double-post to The Ink Well and a Steemit account. We only allow 100% original, unique content that is not posted elsewhere.

Thanks for understanding, and for your honesty and commitment to our community. We appreciate all that you bring to the community, and we enjoy your stories!

Please do not double-post to The Ink Well and a Steemit account. We only allow 100% original, unique content that is not posted elsewhere.

Thank you for understanding 🙏