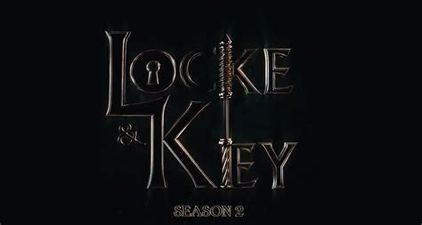 source
Locke and Key. Okay, I totally want to know your opinion on the whole story, especially the second season. I appreciate good stories, screenplay and plots, prefer not to pull people's works down, but I have to say, I thought the second season was dull, to put it mildly. This is a story depicting evil that can only be faced by children really, and yet, the evil fails to dominate. Help me make sense if it! Do I think children or teenagers are capable of actually making an impact in such scenarios? No. But if they were to stand a chance to, it would not be the way it was depicted in Locke and Key. It was just too convenient! Even the one time someone died, it was a dumb move! Not because the evil force was overwhelming. Now, let me get over how upset I am about the screenplay and how convenient the movie goes. 😤 Is there a storyline? No! These guys are fishing!!! That is the one sign I need to know if I'm gonna sit and watch a movie! They are just gonna find one thing or another just to keep the show going! They have no story, they're totally making it up as they go. That's good for them, I mean, the money keeps coming in, but as for me and my house, we're totally done with Locke and Key! Well, that's just my opinion based on the second season of the show. I'd love to hear yours, especially if it's a different view. That could be interesting. Have a great day!
ocd waiv neoxian palnet movies proofofbrain ctp
0
0
0.000
0 comments
Menu
Explore NFTs Proposals Pool
Trade
Trade PAL