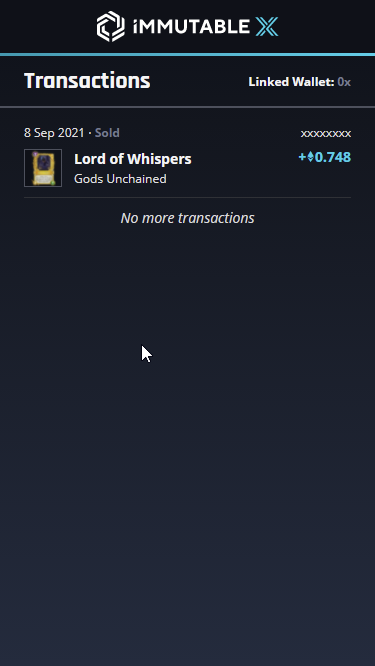 I went pretty heavily into Gods Unchained purely for speculation with little to no intention of playing.

Up until now, it has been very difficult to sell cards due to high transaction fees on Ethereum. This all changed with the launch of ImmutableX which offers zero transaction fees until you cash in or cash out of the sub network. This is something that should have been there at launch and likely resulted in a large loss of their momentum as things were just kind of frozen while the network fees created a huge barrier.

I have a lot of cards to sell and it is going to be a painfully slow process, as far as I can see there is no way to bulk sell so I am focusing purely on the higher value cards first. I have only listed a handful of cards, but when I have some time I will throw on a movie, and go through my collection putting them up for sale. It sucks the process is some time consuming and difficult, but until recently it wasn't practical to even try.

This swap card things,I hope their site is well secure, to avoid hacking

Congratulations @theycallmemarky! You have completed the following achievement on the Hive blockchain and have been rewarded with new badge(s) :

Starting playing the game heavily a bit ago but yeah trying to list and mint cards on Immutable still seems nearly impossible. HOpefully with the rollout of the new decks we also start seeing some action on the marketplace and easier use. Congrats on the first sale!

Congrats :)
I have just a few .... but isnt there goimg to be an airdrop or something ... or you just wanna get rid of them

There is suppose to be an airdrop, but I really just want my ETH back.

I want to sell this one. 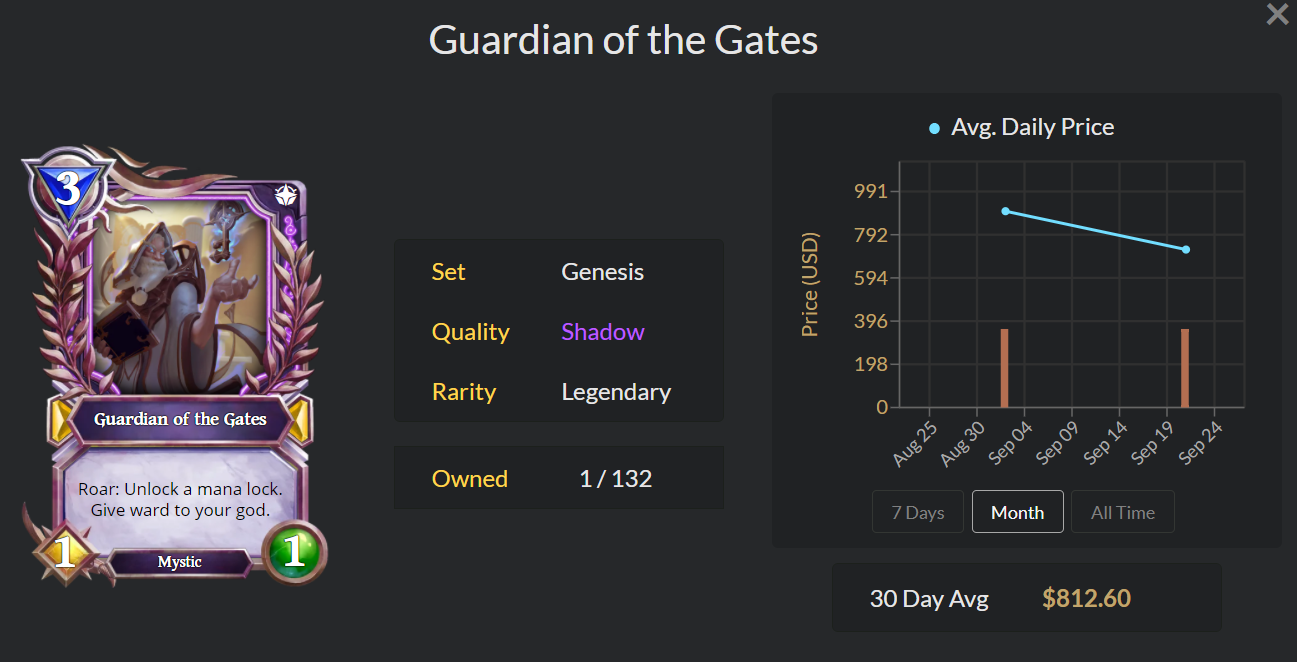 All of them are really low volume, it is extremely hard to sell anything.

So what was the transaction fee for this 0.748 ETH sale? It's the main reason I don't touch ETH gaming though my buddy disagrees and tells me 'it adds to the value'.

Best of luck with that! I have had some good luck selling digital assets over on WAX. I never really got into Gods Unchained.