Foundational Misinformation - "It's on the blockchain!"

Today we are going to go over attempts by governments to ban bitcoin, their attempts to hijack the credibility of the term blockchain through misinformation, permissionless money, and what the coming centralized digital currencies will do to humanity.

Government stupidity was apparent before everyone stopped listening to their doctors and instead took their medical advice from the White House spokesmen. Long ago at the dawn of crypto currencies, companies like Bitinstant had to become licensed in all fifty states in order to exchange government paper for decentralized currencies. Bitinstant and Dwolla were the first two gateways offering a way to change dollars to bitcoins.

So, governments have been tossing stumbling blocks in the path of freedom money from the beginning and all regulation and attempts to ban innovation only cause good ideas to migrate elsewhere. They move to where they are wanted. Then you have the people who want money that works, and many times they go where the laws favor non-incendiary money too. Note, bitcoins do not burn - except when the keys are lost.

In the last few days India went from wanting to ban crypto to taxing it at thirty percent.

Last week Russia banned all mining, holding and transfers of bitcoin. How's that going Putin? It is amazing how everyone just threw their Trezors away, right?

Months ago, China banned mining and miners chartered cargo planes to move all their GPUs and ASICS to Texas, among other locations.

The list long and I could go on, but you could think of many more and when they occurred. I usually write off the top of my head so here goes. The point is that these lame attempts to stop something that in inherently unstoppable at its core utterly stupid and will do nothing to stop freedom money. Algorithms are nothing more than math. You cannot stop people from doing math whether it is done in their heads or by a processor that they purchase.

Ban it, take it over or burn it down.

The plot to kill decentralized currencies are has many contingencies. We have seen some of them already, but when those fail, they will attempt to replace permissionless money with a knockoff. They may succeed at it but only if the people welcome its creation, thus putting the noose over their own heads.

We need to break that statement down though.

Permissionless means that there is no way to stop one person from transacting with any other person no matter their race, creed, beliefs, or chosen business ends. In other words, you need no permission to do what you want with it. The currency does not care what people want to buy or how others might feel about the purchase. Paper dollars, as long as people believe they are valuable, are permissionless. You can hand them to a homeless person so they can eat or you can hand them to a meth producer and resell the meth for a profit. The dollars do not care.

Bitcoin and paper dollars are both permissionless.

Knockoff means something that is not truly what it seems to be. A knockoff dollar is a dollar that was not printed by the government entity that claims to be federal and also claims to hold a reserve quantity of dollars. I digress. The knockoff tries to spoof real dollars and people who accept them may not be able to bank them.

Bitcoin does not have knockoffs. It has a unique blockchain that stops knockoffs cold before someone receives the money and before they find out the money cannot be "banked" or spent.

Bitcoin is original and unique. It is not a knockoff, it cannot be knocked off, but there is a plan to create a bitcoin knockoff.

They may succeed at it but only if the people welcome its creation, thus putting the noose over their own heads.

What the above phrase means is that people may buy into the knockoff. If so, then there will be world wide fraud on the people who now have money that they cannot spend. Approved purchases will go through and unapproved ones will not. It will not be permissionless but will need permission given by automated algorithms. Purchases that do not meet the preauthorized criteria will not go through. Transfers to undesirables will also fail.

It will be hailed a great way to stop drug dealers from destroying people, etc., but will limit what you can and cannot do with the money you earned. You may not be able to hand that poor man a couple bucks. You might not be able to help the worthy cause of your choice. Gofuckme.com is now choosing where your money goes if you donated to the truckers in Canada. The intended group will not get the money that good hearted people wanted them to have.

No matter how you feel about the truckers, they would have their ten million dollars right now if they had published QR codes for their bitcoin addresses.

Banks are knockoffs. So are Paypal, Patreon, and all other money oriented companies. If they can stop you from using your original sanctioned paper dollars, they are perpetrators of fraud when they choose to exercise the option to pay who you wanted to pay.

on the blockchain assumes there is only one and all things crypto share it.

This foundational confusion has already been eaten, chewed and swallowed by those who have learned about crypto in the last five years. They hear "blockchain" and the mind says "invest". When the knockoff crypto arrives on the scene, it will be assumed to be secure and permissionless because it is "on the blockchain." But it will not be on any of these blockchains. 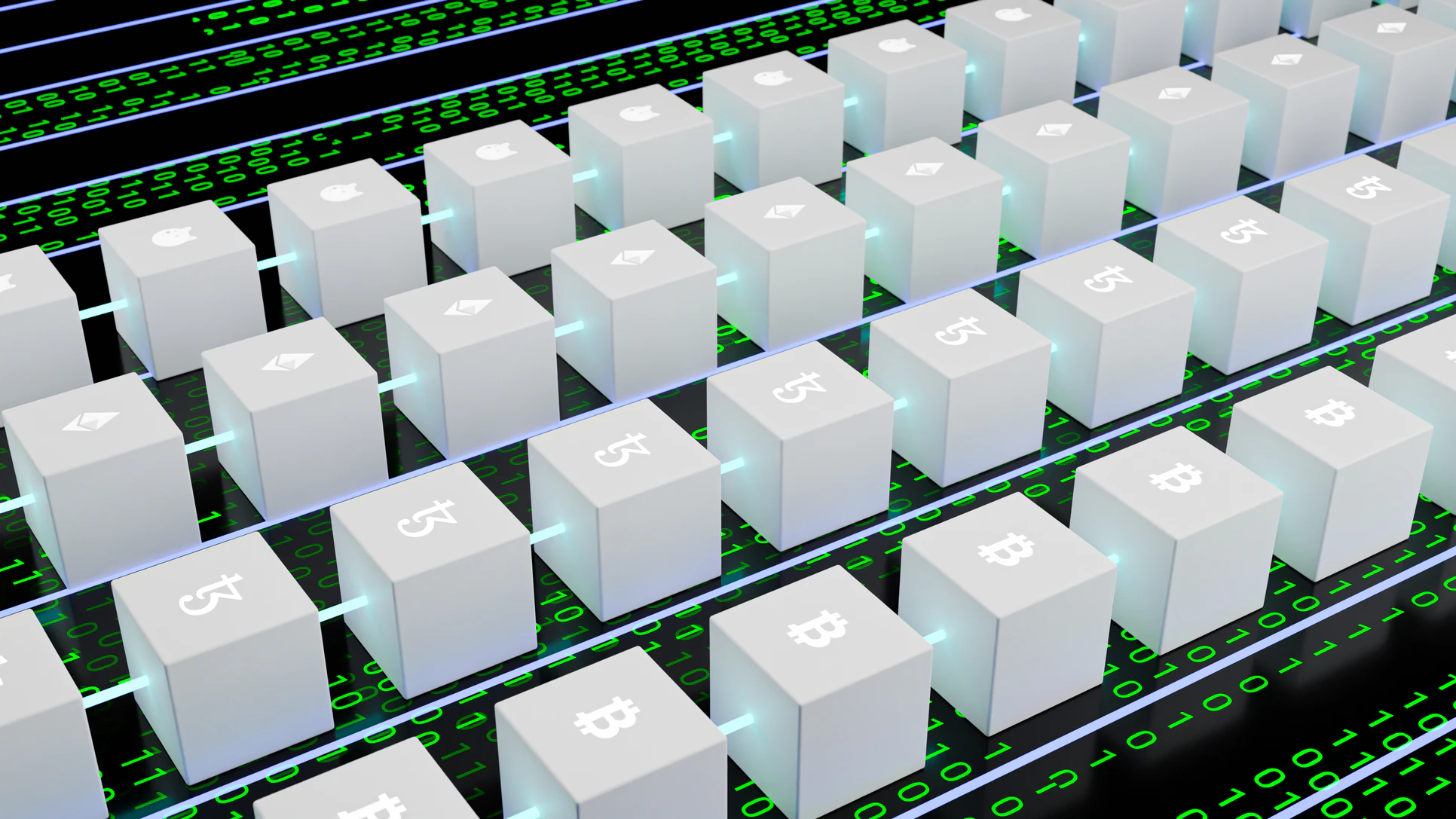 Whenever I hear the phrase my B.S. meter pins in the red. Each crypto currency has its own unique blockchain or ring signature structure. Each has its own ledger system. When we look at the Litecoin fork, for example, all transactions, pre-fork, share addresses and transaction amounts throughout. Post fork, they have parted ways and there are two chains from that point on. Present day LTC transactions are not on the BTC blockchain and conversely, the BTC transactions do not appear on the LTC blockchain.

I will not get into all the various ways of ledgering recent crypto currencies. I am writing about a knockoff currency that will emerge and they want it to launch on the coat tails and reputation of bitcoin's security and freedom profile. But it will be the opposite.

The currency that is coming is a USDC (United States Digital Currency) though it may not be named that. They are hoping that the people will accept it as if it were the same as the paper dollars. People will likely accept it, along with some sort of basic income, because it will be the easiest option available. Polished out of the gate and very similar to the plastic card system. All bank balances will easily be converted to the new money.

So what is the problem with that?

Centralized blockchain
The new currency will have a blockchain, totally unnecessary because a spread sheet would do just as well, being that this "new crypto" will have an editable ledger where the accounts can be emptied, seized, or frozen without notice.

Decentralized blockchains
Bitcoin's ledger is unable to be edited and you cannot lose your money, or the ability to spend same, unless you lose your private keys. It matters not who you offend or piss off. Transactions go through, fully transparent and fully auditable.

Governments have always had the power to seize someone's assets, usually used when someone is arrested or convicted for drug charges or another crime that warrants it. Most people will not come the the defense of a drug lord. Asset seizures were done sparingly and according to court orders that could be waved around during the process.

But the USDC perversion of the currency will make it easy to cancel a person, even their right to buy food, simply by pushing a button somewhere at the blockchain control center. But who will be deciding? Where is the appeals process and how do you eat while on appeal? Who decides which person will be canceled, punished or limited and by what criteria?

It will be a "Do this or I will kill your access to money" scenario. Everyone who attempts to help the canceled person could easily share their fate as well. There is a word for that. Slavery.

You may one day see people walking the streets and starving to death simply for their opinion or with whom they chose to associate. That is the noose that I mentioned.

So what have we learned?

The information war is on the blockchain.

The oligarchs want to control everything thus the need to usher in 5 and 6 Generation technology. Now is the time for all hands on deck. What is your local, regional, and state governments doing to either usher in the one-world-government or are they trying to repel this obvious take-over of our God given rights? Do not forget who supported the mandates and who is now trying to get elected by saying what they think their voters want to hear.