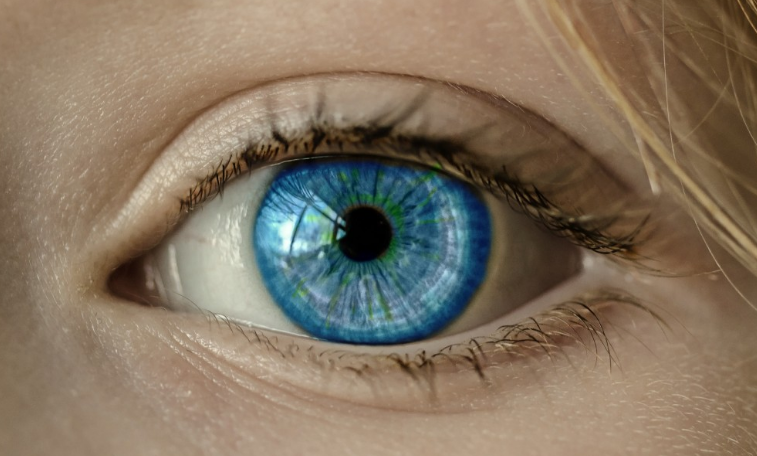 Be careful what you let in through the eye-gate- image

When something scares us, our subconscious kicks in and our fight or flight response automatically takes over. The result is either the elimination of the threat (fight) or a change of location to a safer place (flight). Our body then normalizes and we are able to think again.

Many have been so inundated with 24/7 fear during the last two years that they have been operating on auto-pilot, that being a constant state of fear.

I had wondered why many could not see the silliness of masks being worn when they have a warning right on the box saying they don't work - one example of many. People are not thinking. They cannot see reason. Why?

Stuck in a fear state with constant mixed signals from 'the news' has kept them wanting more information, constantly turning to the news for more conflicting solutions. Repetition of team think enforces the heard mentality - think zebras running together knowing that the lion can only get one of us... It also encourages team think eg; together we can beat this virus if everyone just locks down, masks up, distances, and injects poisonous liquid into their tissues.

While in a fear state, rational thought is not considered, only emergency flight or fight response is heeded. Three results are possible when operating without thinking...

There is no permanent safety in running. There is no beating the opponent in the short term. And capture is a whole new set of ever changing goal posts, bargaining with the abuser and, if done long enough, an acceptance of the abuse, pain, and injuries. Many succumb to Stockholm syndrome, coping by trying to appease the kidnapper.

We have been programmed by sigels, repetition, and paralyzing fear for nearly two years. Now all rational thought has been replaced by the need to fit in and not be picked off by the lion. 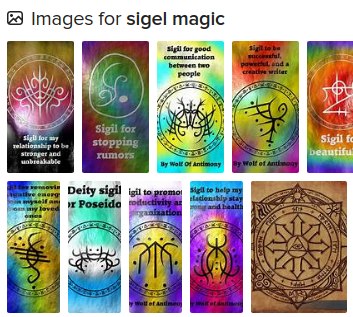 The false information is pushed non-stop, and any opposing information (truth) is immediately censored and the author publicly flogged for having the audacity to present it.

What is a sigel, you ask?

Well, that is like a prayer to the collective consciousness. Companies use sigels and repetition in order to make people do what they want them to, that is, to buy things. It is called marketing.

White magicians create one deeply held want or need at a time. They portray that want in written or drawn form, then they begin to morph it into a different and unrecognizable form. Then they must forget what it meant , in the beginning, when they drew it. It is activated by showing it to someone, the creator or someone else, while experiencing extreme pain or pleasure, shock and awe, of maybe surprise. The more pronounced the activation experience, the more powerful the spell.

The activation places the spell in the collective realm. The repetition of hundreds, thousands or millions of people viewing the sigel increases the power of the spell. If all goes well, the want or need is fulfilled. The creator may not even know it has been fulfilled because he or she had to forget it in order for it to work at all. The trick is to make sure it is seen by many people, implanting it in their subconsciousness.

Since studying white magic, I have employed ad blockers on my computer. I use foreign countries for my VPN connections so that ads that get through are not able to be understood by me and blocked, hopefully, from my subconscious. I skip over ads if I do see them. I avoid looking at company logos when possible, though they are unlikely to hurt me, I do not want to be used for purposes that are not my own or those of my family.

The last time I allowed myself to be placed in a state that altered my ability to process information was in 2001 when three towers were brought down by two planes. I watched those stations for a few days, then I researched the heat generated by kerosene and knew that I-beams could not have failed at those temps. It was clear what had happened. Program Failure !

I have been doing my own experiments on people, some of them were even incidental and I have drawn some conclusions of my own. Well, much of what I present in this post are conclusions and facts that I have drawn or gathered over many years.

I have tried to talk to family and loved ones about facts and, invariably, all fade to glassy-eyed daydream states within the first twenty to thirty seconds and their heads drop toward the smart phone that made them dumb via instant comedy, entertainment, or HD footage of a past-subscription-button click.

Just like kids who avoid homework, most people will gravitate toward pleasure and avoid pain, or in this case having to make an effort, recognize the problem and try to deal with it.

Those that I encounter on a regular basis even tune me out almost as if I were unreliable, though they rely on me and have done so for many decades. You could set your watch to any of my promises to be somewhere at a certain time.

As an expert in my field, I have been paid for my opinion in my area and then watched as the client fails to take my advice into consideration. I remember their confused looks as they fail. I have also met with them post failure and restated my original advice. They remember hearing it and acknowledge that they should have done what I had advised. It is understandable if someone is on one side of today's narrative and I am presenting opposing information, but the above still happens to people that have never heard my personal opinions on the global some-kind-of-demic. It still happens even when I have expressed nothing counter to the mass-programmed line of silliness.

It is as if the masses are approaching critical mass; the point at which society adopts a given pervasive new action, even without having to be shown or having to learn it. The collective!

Firewall against being programmed.

When I see a source of information that intentionally lies for whatever reason, I write them off as unreliable. Then I never go back. That, combined with knowledge of critical thinking and fallacy identification, has given me the ability to weigh the goings on during the #informationwar of the last few decades. Now I can see clearly through the fog.

Others that I encounter seem to have written me off it a collective way, even without knowing me, even after having been sent to me by referral by others I have helped to succeed, even after knowing me as a good person, family member, reliable and trustworthy dad-brother-uncle-etc.

Odd that this could happen. I have a decent amount of theoretical and scientific knowledge about physics, NLP, predictive programming, propaganda, psychology and other areas. It is just strange to see this happening on a global scale, and right at the dawn of a new age that is supposed to be enlightening.

I will not fall to it. That is my line in the sand. You should not either.

Be careful what you let in through the eye-gate- image

I have always tried to fight for what I believe and perceive to be right, but seeing how that just 1 individual here can quickly snuff out a collective of people and even that of Jarvie from peakd it makes it almost an impossible battle for me. That doesn't mean I have given up as I did take a little over a day away from everything just to gather my thoughts and get away from my emotions I was feeling at the time. Now that I have come to the conclusion that I have to take a stand and figure out strategic ways to go about things it still doesn't help knowing that it was just 2 of his accounts that I was aware of and this particular individual probably has several accounts that can easily silence me. I guess I can create a new username/alias, but that goes against my personal beliefs and I honestly don't feel I did anything wrong here but call out that gentleman's abuse of authority. No position you are in should allow you to treat someone as how he treated me. So how do I go against combatting such situations in your opinion?