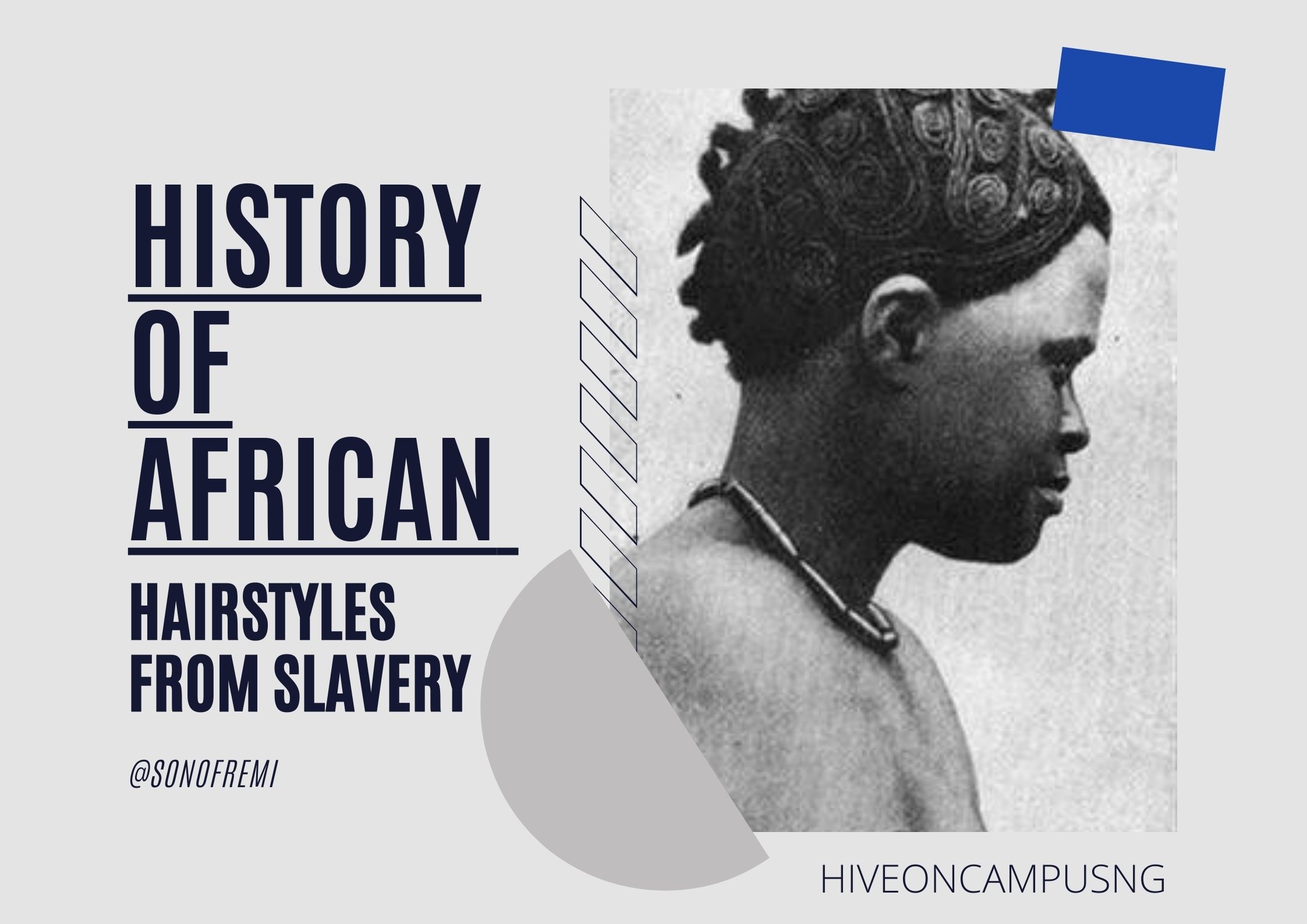 Africans have always been described to have kinky hair that even upon manipulation remains the same. Africans are all over the history books even in the Egyptian era, they described African also black men with long braided hair, these men were not free. In the 1960's American society African hair (Dreadlock) was used to make the civil rights movement, popularised by the famous Bob Marley's mane that reached his shoulders. Even in the Bible we were told the story of Samson that got his strength from his hair, from all indications Samson had dreadlocks. In Modern Senegal and Gambia tribes when their men went to war they wore a particular braided style.Today I would be giving a brief history of African Male and Female Hairstyle, join me as we digest knowledge. 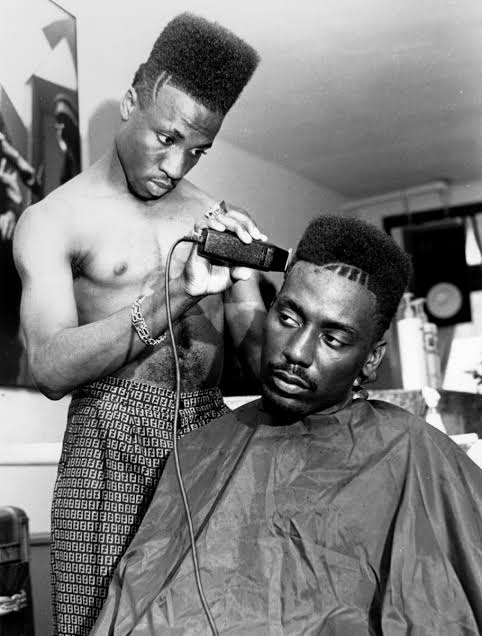 Slavery brought about mass deportation of african to different countries around the world. Before slavery males would keep long hair, the length of the hair was seen as how wise a man was, hair symbolises wisdom and it also indicated your social postion as a man. Africans that were deported to America were stopped from practicing their culture and beliefs; women and men were forced to keep short hair (low cut), they were mostly trimmed down by their slave owners.

In the early 20th century, the black man started to accept the culture of the White man and started to adopt their hairstyle in order to improve their social status. The relaxer was popular in this period of time to keep the kink black hair softer and combable. This act made the black race more appreciated by the white men. In the 1970's civil rights movement against racial segregation used hair as a statement against the government with many blacks keeping afro hair . The black comb was made at this time shaped with black power salute ( hand forming a fist). This trend made black men to be free with their hair and use it as a means of expression. Today we still see in old music videos of black male artists with huge afros eg; Micheal Jackson of the Jackson Five. 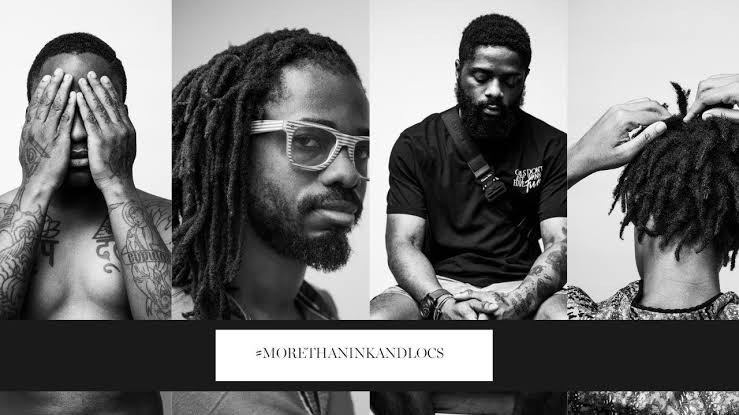 In the 1930s, Rastafari theology developed in Jamaica from the ideas of Marcus Garvey, a political activist who wanted to improve the status of his fellow blacks. Believers are forbidden to cut their hair and instead twist it into dreadlocks. It is not clear where the style originates from, although there are references in the Old Testament and the Hindu deity Shiva is also sometimes depicted wearing them.The profile of the religion grew significantly in the latter half of the 20th Century, as the "roots" movement developed, harking back to the origins of African-Caribbean culture. The dreadlock culture has long been associated with smoking of pot/weed. -Source

Hair in early african society was used to show fertility, any woman whose hair was long and thick was said to bear healthy children. Hair was also associated with mysterious and spiritual beliefs that if a strand of hair was given to the enemy, harm would come to the owner. During the slave era, hairs were used to map out escape routes for slaves. In the African society hair was also seen as a means of socialisation, people would meet and socialize braiding each other's hair, this practice still continues till today. 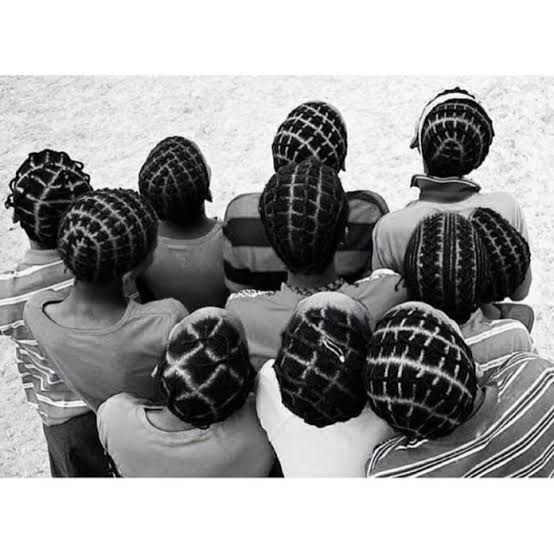 In the Himba tribe, dreadlocks were used to show maturity and marital status of women. Married men were meant to cover their hairs and unmarried men wore single braids. 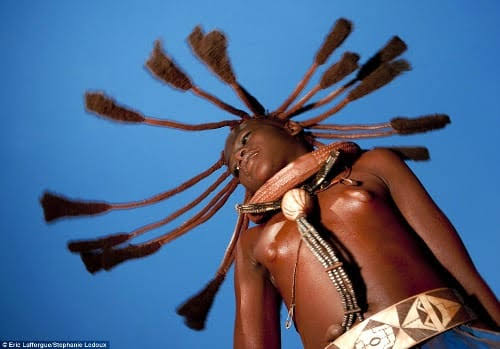 Tribe members use a mixture of ground ochre, goat hair, and butter to create their dreadlocks. They also include hair extensions when weaving their dreadlocks.Married women and new mothers wear Erembe headdresses made from animal skin. Young women who are ready for marriage tie their dreadlocks to reveal their faces.-Source 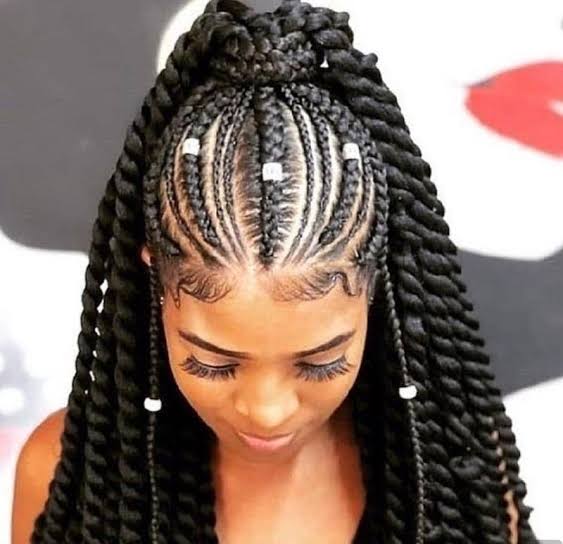 In the Fulani tribe of West Africa popularised braiding, some hair styles have been titled based on this culture. Young girls would attach silver coins of their various families to show their family heritage. 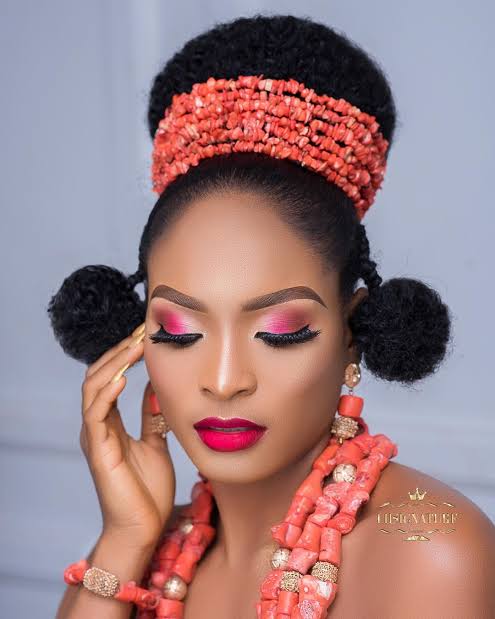 The Ngala of the Igbo tribe, is a traditional hairstyle that is a symbol of the pride and elegance of women. It is worn to events like traditional marriages and festivals. The Ngala hairstyle goes together with traditional beads and decorations.

Our African hair is our pride. We have a rich history and devast cultures and beliefs. I am proud to be African, I wouldn't choose to be any other race and I love my black kinky hair, it is a blessing. My name is Kenechukwu Ogbuishi and I'm proudly African.

Congratulations @sonofremi! You have completed the following achievement on the Hive blockchain and have been rewarded with new badge(s) :

An in depth analysis on the rich Nigerian and African culture learning from you @sonofremi brother!!! U day motivate me..

now thats what i call a great post my man...