Riding around on a bicycle can be a great feeling, with the breeze moving along and a peaceful ride it can be a lot of fun. Many ride for recreation, others for work but in the end they are all riding. I have a mountain bike I plan on using more soon enough, it has many miles on it and plan on putting on many more. This week I take a look at five posts by Hive plankton and minnows going on bike rides, and show them off in this post: Going for a bicycle ride through some villages in Serbia they got to see vine yards and many sun flowers. Looks like quite the adventure and some great shots captures along the way.

My Actifit Report Card: Cycling to POD-a by @deska89

Cycling through a nature conversation area in Bulgaria. They got to see many birds though many were elusive without having binoculars on hand. Going on a ride through a city in Germany, they got to see many land marks as they rode along the bike paths and roads. Seeing everything from old historic buildings to industrial areas. Going out to pick up plants they ride down a hilly dirt road. It was pretty hot but they eventually got through their 34 kilometer ride. Weekend cycling around the city! By @tanzil2024

Taking the day off and going on a ride in Bangladesh they check out the sights around the city. Lots to see in the area including pretty flowers. Getting back home before it rains it was nice while it lasted outside.

Seeing all these cycling posts makes me want to get my bike out and go for a ride. I do not think I have ever done a single bicycle post on Hive, so its about time I get started. It is one of the best way to check out country roads, so it will be time soon enough to start doing all that.

Oh, thank you very much @solominer !
I am very flattered. 🥰

Support means a lot. It is very nice when you find people who like the same things.

Greetings and many more kilometers to everyone! ❤️🚴

You are welcome, best of luck on your future rides.

Wow, it is such a honor to me ! Thank you very much @solominer 😊
Greetings from Bulgaria !

Yeah riding is fun.I used to a lot when I was young.I wish I could do it again. I hope you enjoyed the ride very much inspite of being a solo rider.Bangladesh is awesome. Are you in bangladsh now?

Thanks for sharing it dude.

Yeah bud riding is fun, I need to get my bike fixed up so I can go back to it.

Hah, the solo in my name has to do with crypto mining not riding.. :-)

Bangladesh? No I am in the United States.

Thanks for the comment, hope you are doing well in Bangladesh.

Get to know Marky and his scummy downvote circle, that are terrorizing all of Hive! Marky downvotes self voters where he can, APART from his bootlickers! His 'circle', as I call it, is protected by the accounts themarkymark and buildawhale! Learn how they operate - Learn how they could mob you off of Hive here: 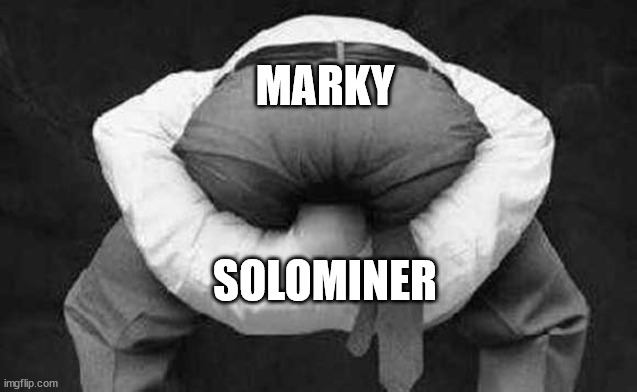