Watching the movement of dragonflies when hunting a target

@soehada 65
2 months ago (Edited)
Fascinating Insects
Hello Guys ... How are you today ?

The Chalky Parcher, the cool one 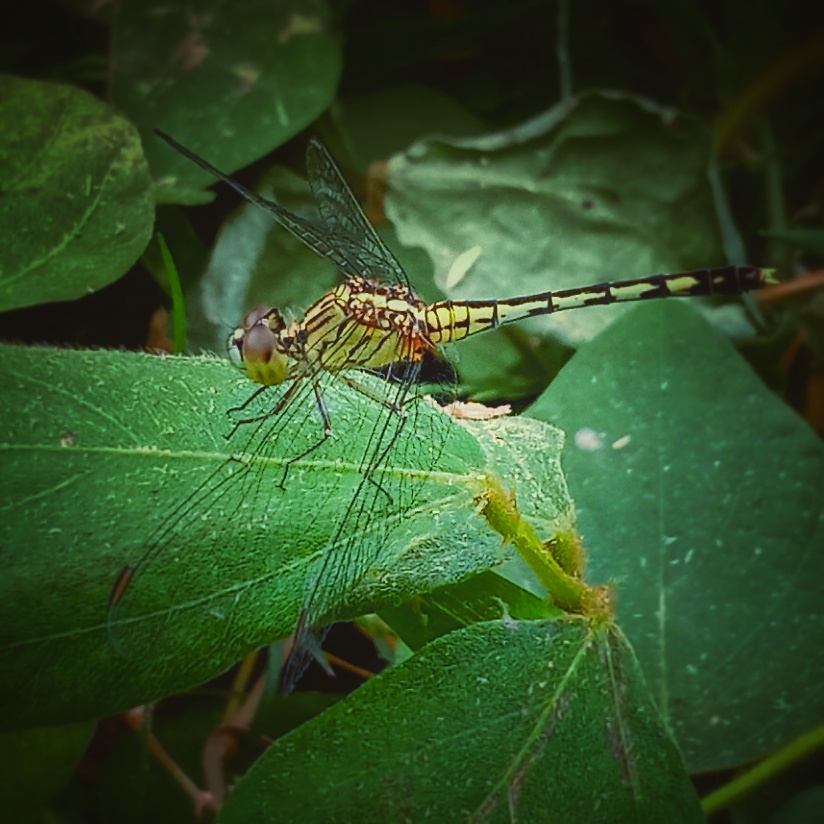 Finding it in every pile of short grass leaves is very rare because often it often stands on every free branch of the twig.

Why? Because I often see him perched on a high place. This behavior certainly has a reason and purpose for each animal character, especially dragonflies, especially this type of Chalky Parcher. Surely he had some purpose in mind by them. This is read by me in seeing all its movements in this world. Experienced in exploring several characteristics of flying insect species. So my team and I often find things about them, namely, a behavior that should be raised and discussed, for them so that we understand the movements and silence of the dragonflies. 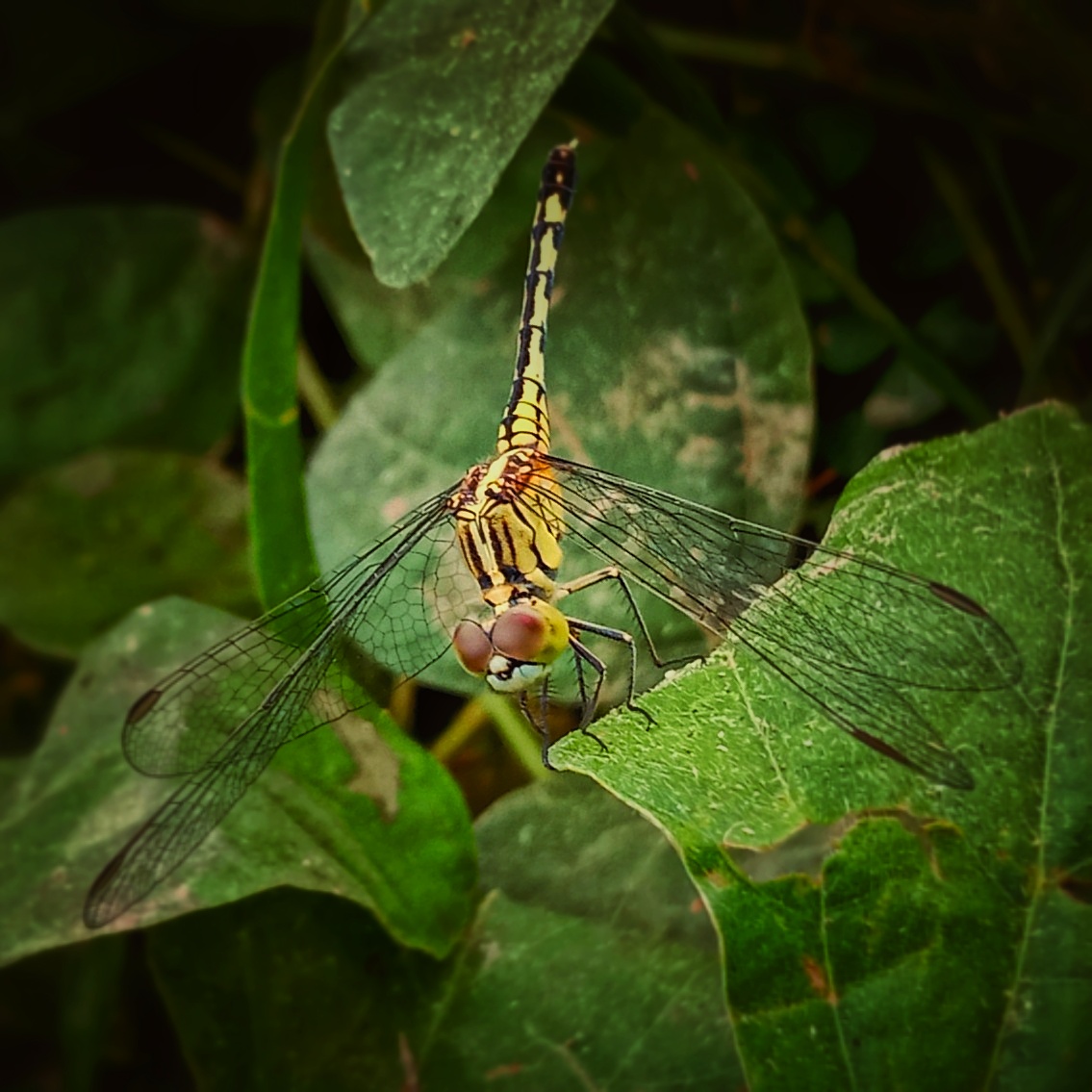 So, what does their situation look like when they are up and perched on a tree branch and when they are standing low as a little weed, and all that behavior, lucky or bad? So this topic will be raised and published to the public, if this finding is the same as what has been discussed by experts, it is a mere coincidence. Alright, let's listen to the review.

What is in the dragonfly instinct when it perches on a high branch, far from the ground?

Many things are contained in the dragonfly instinct when perched in a high location, such as being on a twig, whether the twig is dry or not.

No wonder when you see a dragonfly standing and looking relaxed when standing on a branch, of course in its domination area. 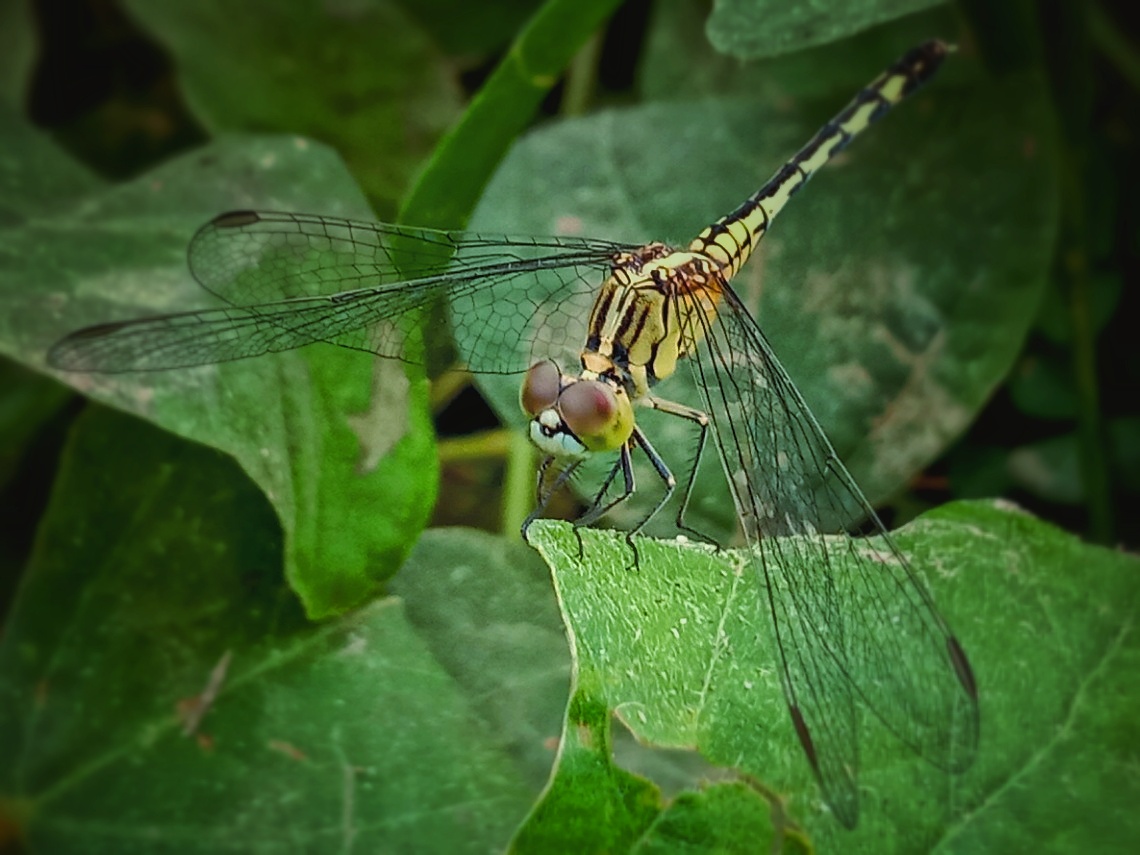 We see several different types of dragonflies have the same character when they choose a high branch, this of course has a definite purpose in hunting, above the high branch, each dragonfly monitors the movement of the opponent that will be predicted as food. They will constantly monitor the movements of other flying insects or even small spiders, and don't go unnoticed when they want to be targeted.

When a dragonfly wants to prey on a small spider that is in its web, of course there are no other insects (predators) who want to hunt it, because they have instincts that can get them trapped, while dragonflies have predicted everything in their ambush when they want to hunt. When the little spider is still standing within the scope of its web, the dragonfly will not hunt it, because it knows that it is a trap for it.

So, when do they take action? 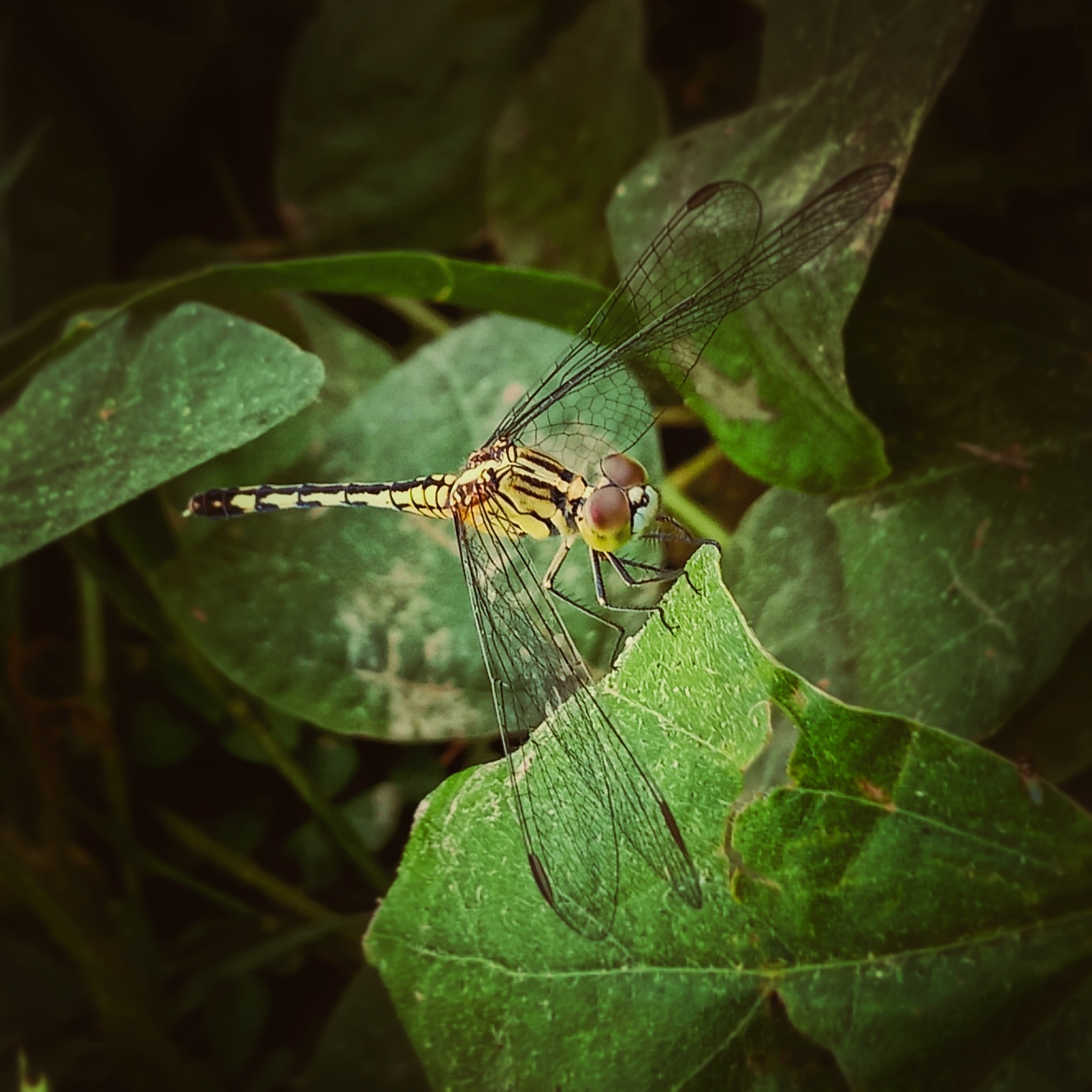 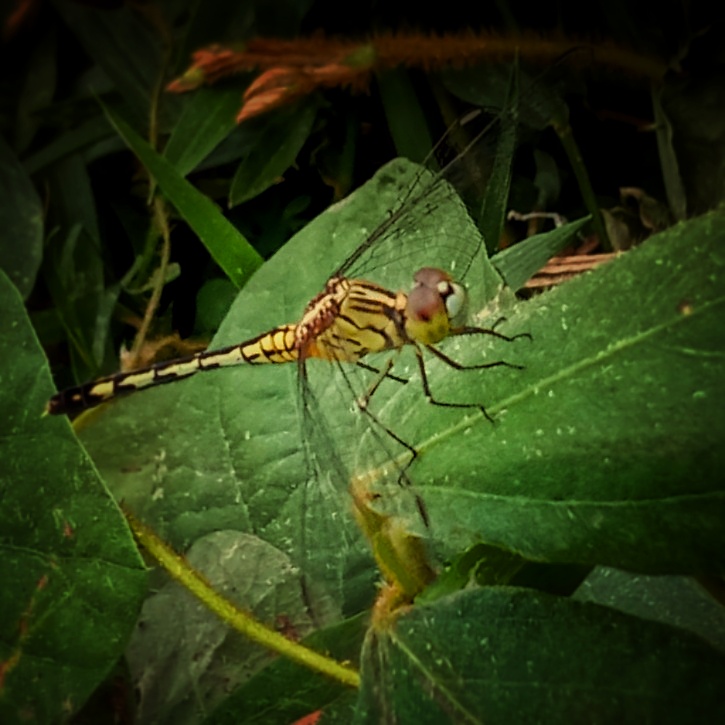 If we judged it, of course it would be said that they were very intelligent, but that skill had existed in dragonfly characters since they were able to hunt at a certain age. This is also often seen in dragonfly larvae when underwater, each larva will continue to hunt mosquito larvae or other animals (as food) will also act like its mother, but in a different character, meaning this skill has been around since they were small.

The speed of its wings when turning or when it welcomes prey in its catch is very unique and certain, of course at high speed. This power makes them reliable in hunting, if they look sharp, look very fast and cruel, in situations where their prey is caught, dragonflies have killed their prey, this speed occurs automatically in every hunt. So don't be surprised if you see that the prey in the jaws of its mouth doesn't move anymore, it means that the prey has died. 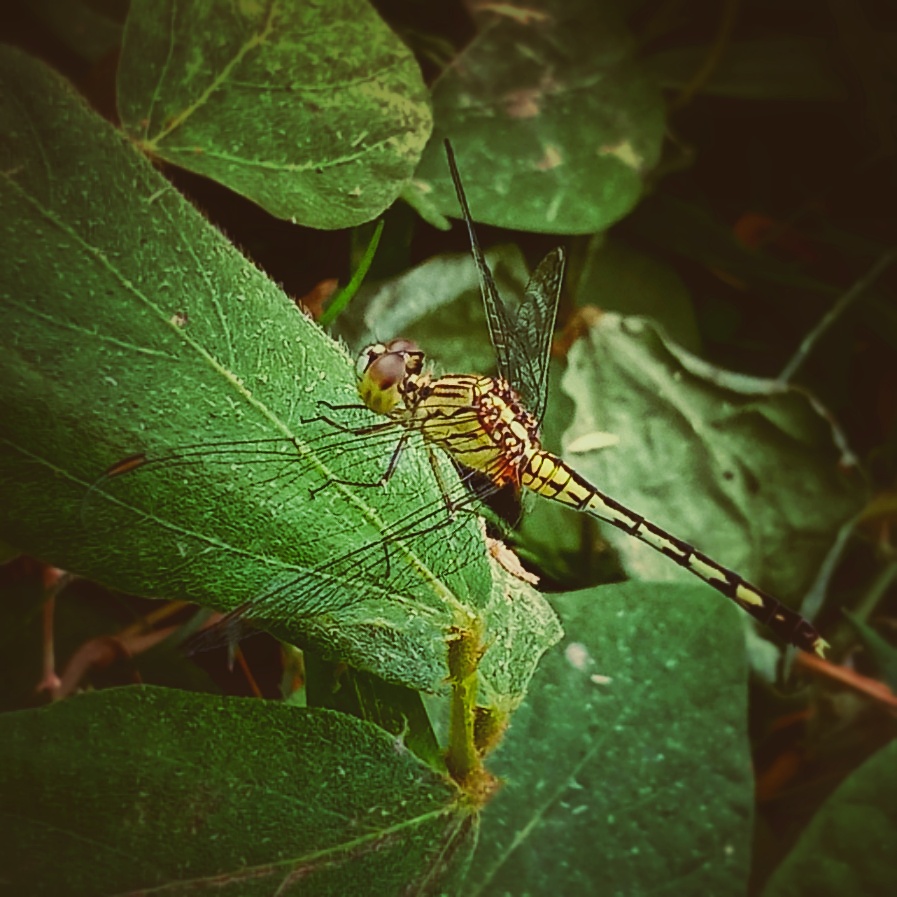 If a tiger pounces on its prey right on the position of its neck or on the respiratory tract, the dragonfly also does the same thing, they will also bite on the part of the body that is the source of their prey's life.

The photo shown in this post is a dragonfly that has just finished chewing its prey from the results of its hunt in the form of a small spider that makes its web, when this spider stops knitting its web (nest) it moves from its nest location, or is outside the web, when the small spider is still in the nest area, the dragonfly remains silent and continues to monitor it. Damn, why? Because the spider comes out of its nest, with a size that is not how far away, and finally the dragonfly manages to pounce on it.

The characters that have been described above, are the latest findings from our local team, who are joined in scientific research on this nature, around insects