They are great and unique

Hmmmmmm... This time in a post that is the umpteenth time in the Amazingnature community who are very interested because in this community there are a lot of useful knowledge, however, today my posts look different, of course in black and white nuances, once in a while It's cool to see frogs in black and white, as if they are in an unsophisticated era like today's technological advances. What about your opinion?

Then, why the black and white image? This, I intentionally did, maybe some of my friends feel disgusted, amused, disliked, when they see the them in color pictures.

When I changed the original images into black and white, some of my friends no longer felt something bad, as I meant above. 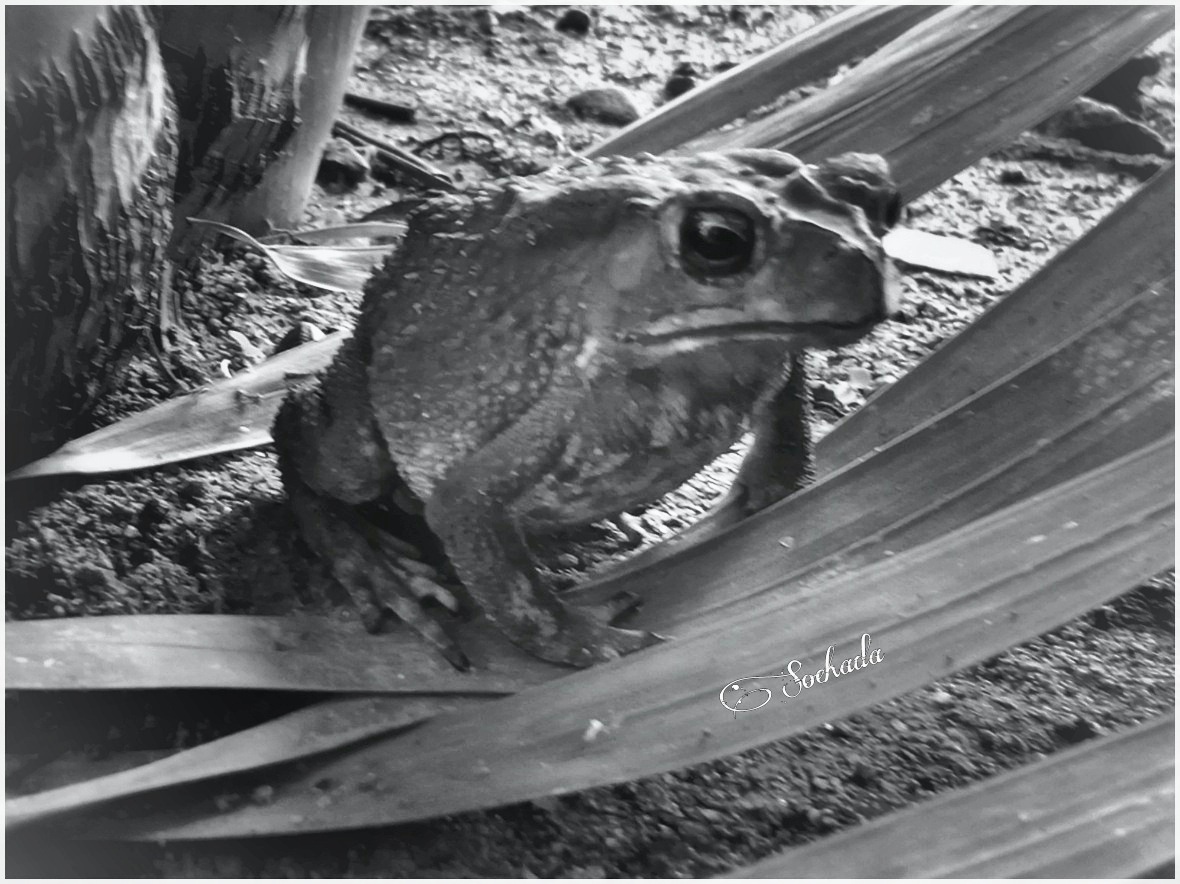 When I see frogs in our house area, then I see nuances that are often different from other animals, both in terms of character, physique, and how they adapt, as well as in terms that are not yet known or hidden.

There are so many study results that have been informed through the Internet, textbooks, magazines, you tube, and other media, which often tell of their uniqueness and also the amazing things found in each animal's life on this one. 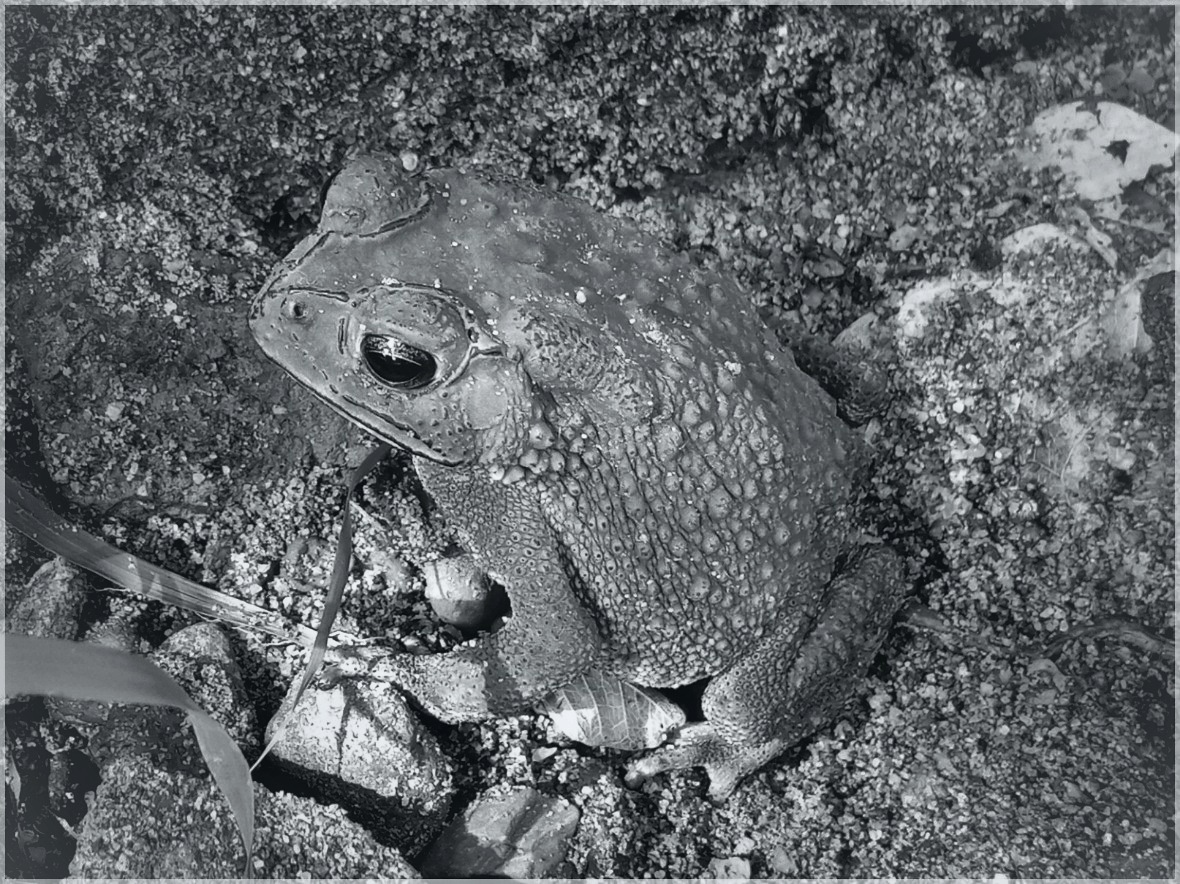 A. Her name or a designation that has been accepted

Like every person on this planet earth, of course, always knows an object, whether it is dead or alive, with a designation that is often called or referred to as an identity in recognizing an object.

So that identity is referred to as the name contained in an object itself. Likewise with this one animal, people call it a general name with the name Frog or Katak or another language that is practiced in the non-verbal language or local language of each person.

Indonesian people generally give the name Bangkong Kolong or Frog House, while the intellectuals themselves have their own name, or in scientific language called Bufo melanostictus Schneider. 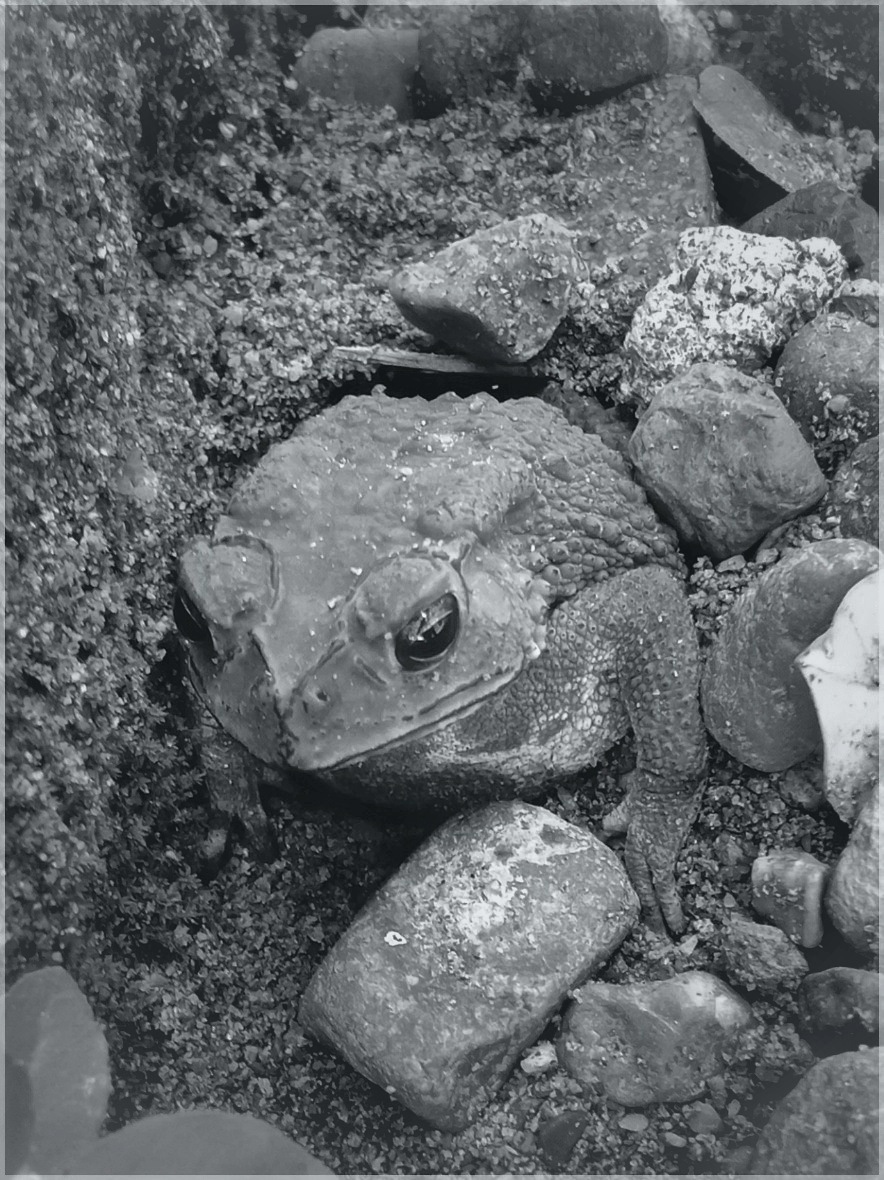 Then, to avoid an error in this case, what should we call it?

Of course, in this case, depending on your own vision, choose a name that people often know in general.

Seeing this explanation, I think this is also a natural wonder in itself, because just the mention of his name can be seen, of course he also has other uniqueness that comes from his daily behavior. Having a series of names that have been accepted by them, of course he is a famous animal and also has its own story in the lives of human children.

Did you know that he, especially in our own country, has a series of names? This also happens based on the initial explanation, he is often famous for all his behavior.

I myself have pocketed some of the names that I often hear in our lives here. Although the names given are in the form of their respective regional languages, of course they have their own purposes in tracing their identity. 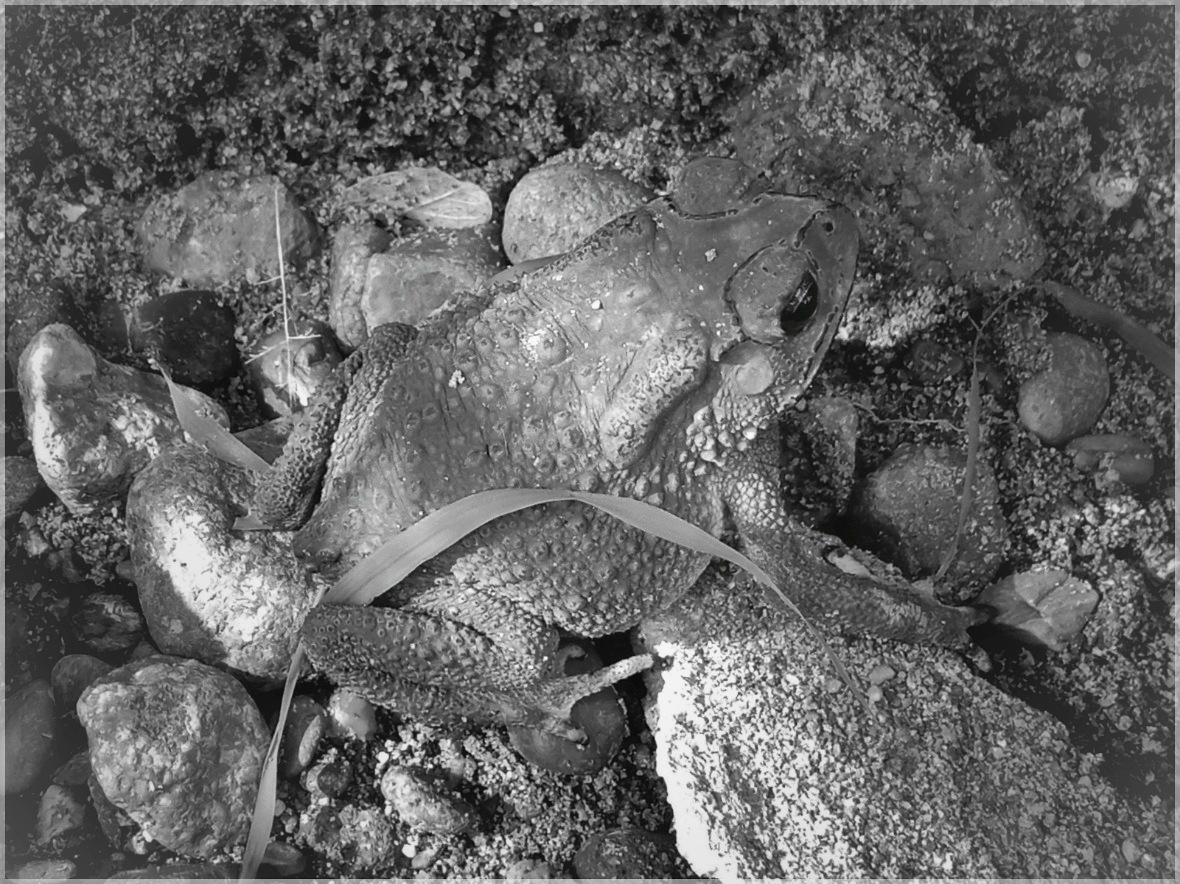 Every name that has been assigned to him of course has something that always refers to the behavior of each character that results from each of his activities, whether he is doing activities or is sitting on the ground while hiding from other predatory animals. 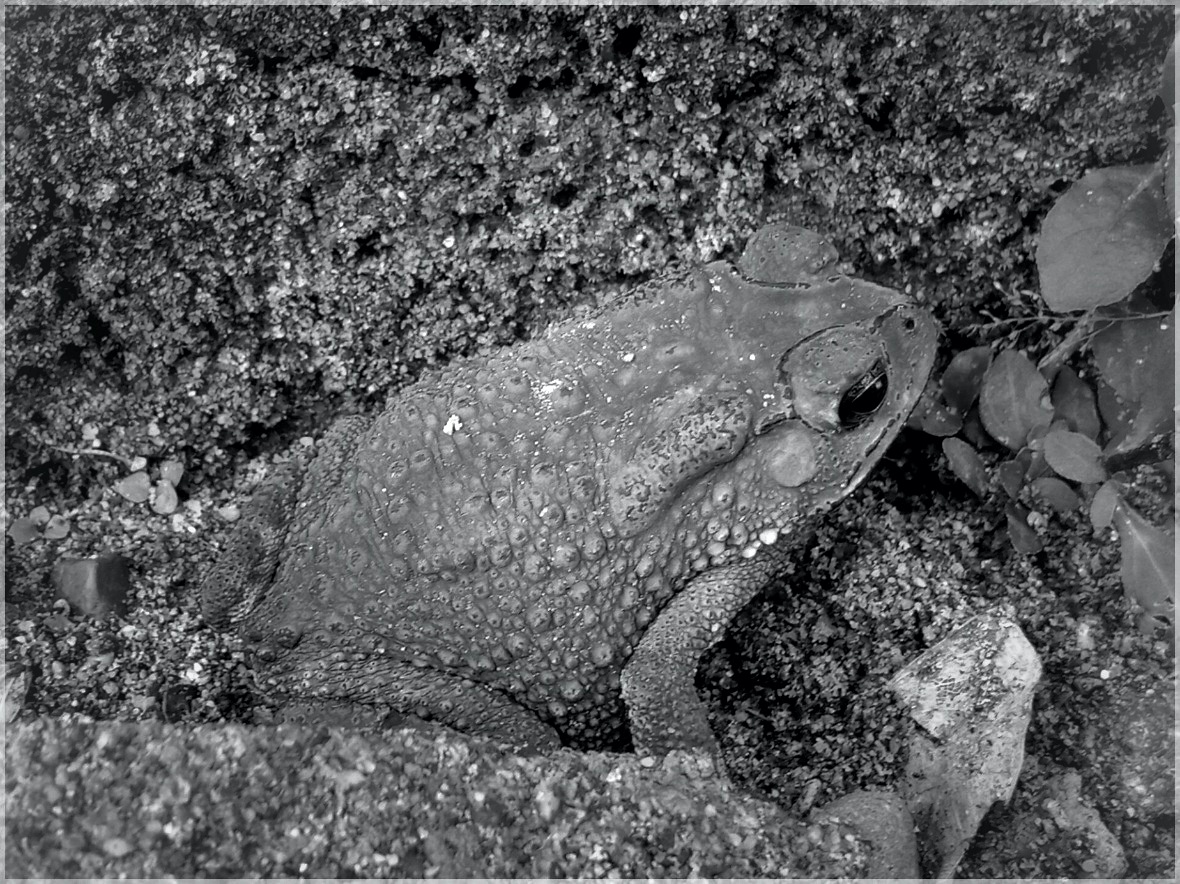 Always in camouflage or always immerse yourself in the ground

If you have read my posts at past meetings, of course very often discuss the issue of camouflage meaning that some animals, whether insects or other animals, have a great uniqueness in doing a disguise tap, the intellectual community calls it CAMOUFLAGE 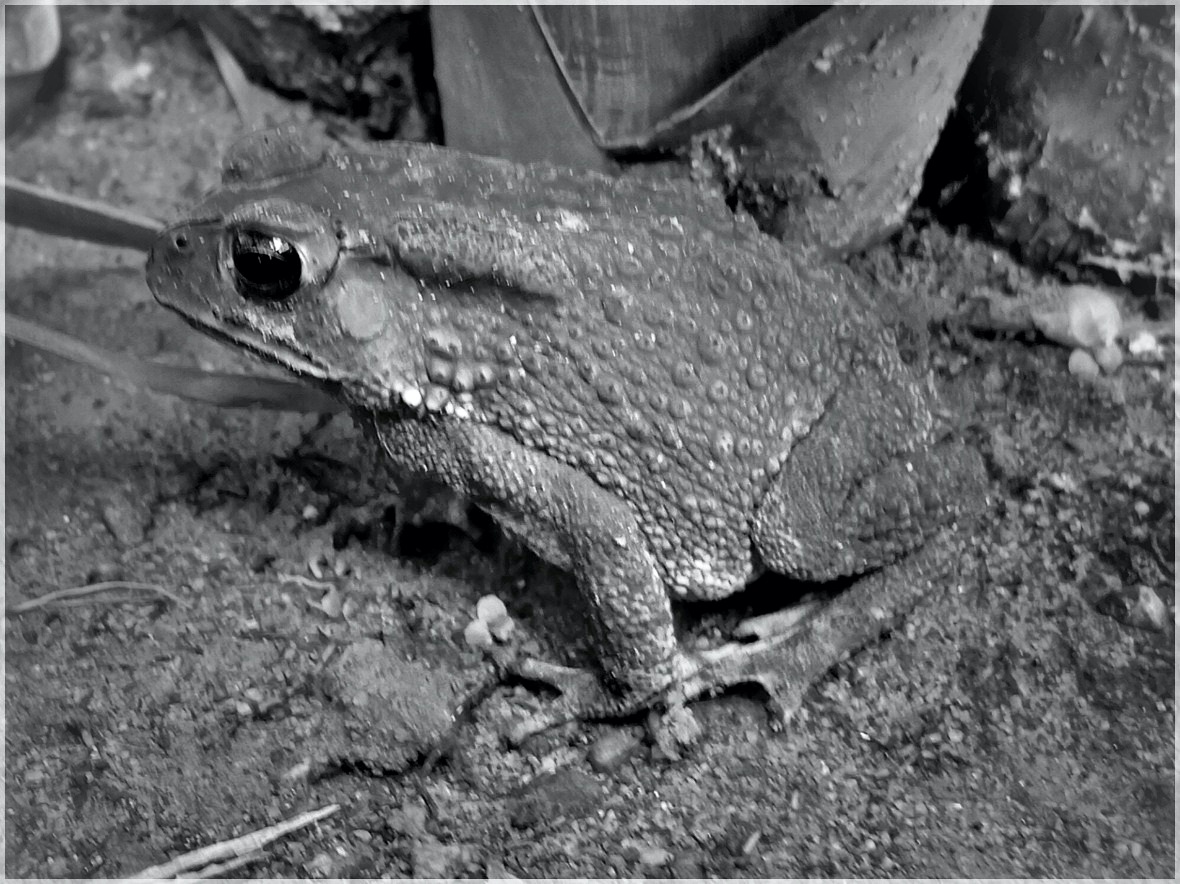 So don't be surprised if you see them choosing a hiding location by disguising themselves with a soil color that resembles the color of their body, uniquely they will also look like small pebbles that are often the same as their upper skin. 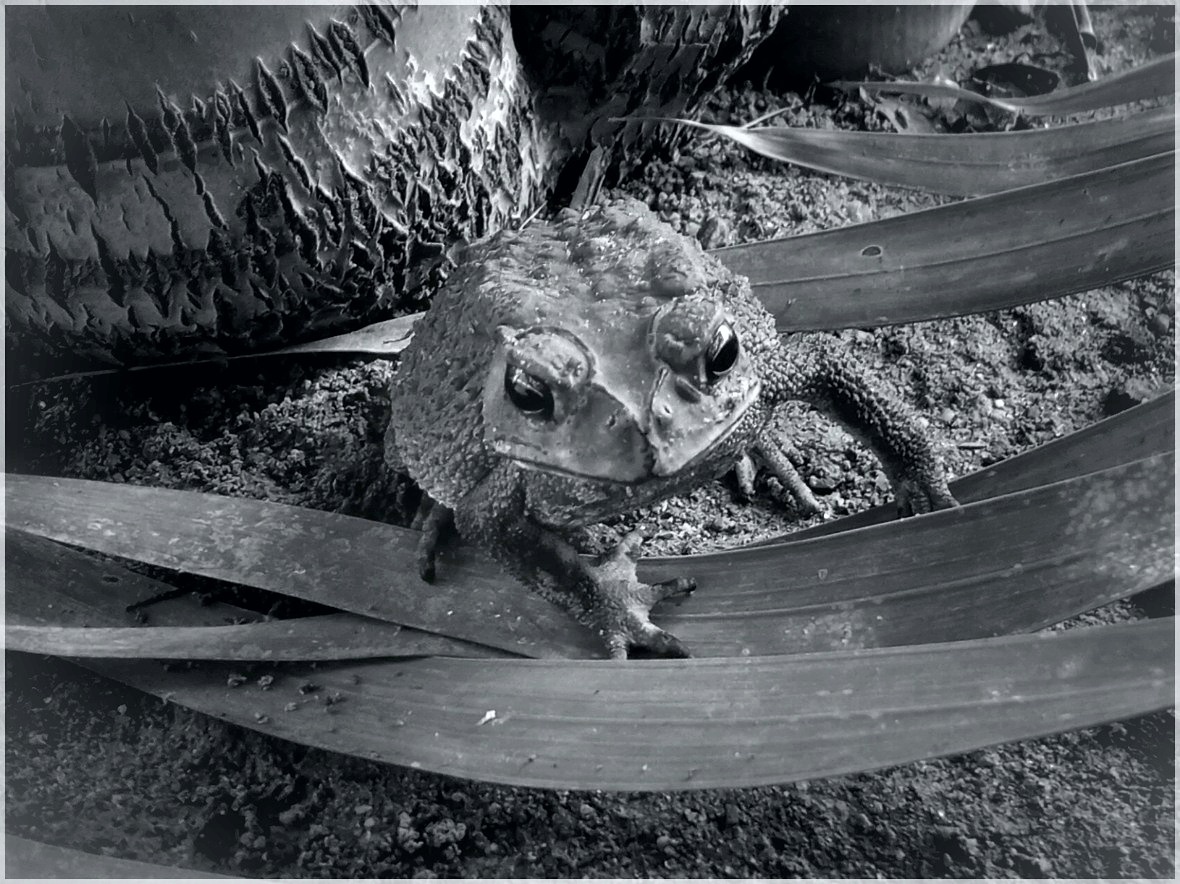 Purpose of doing that Or camouflage purpose

Every creature when doing something certainly has a thing with its own purpose, that goal produces an impact on the nature around it, is not seen as bad or good, basically the goals that come from the results of their efforts produce a specific purpose.

Likewise with this one frog, of course it has a specific purpose in doing camouflage, basically this behavior is done to save themselves from every predator who often hunts it or they themselves will hunt other prey. 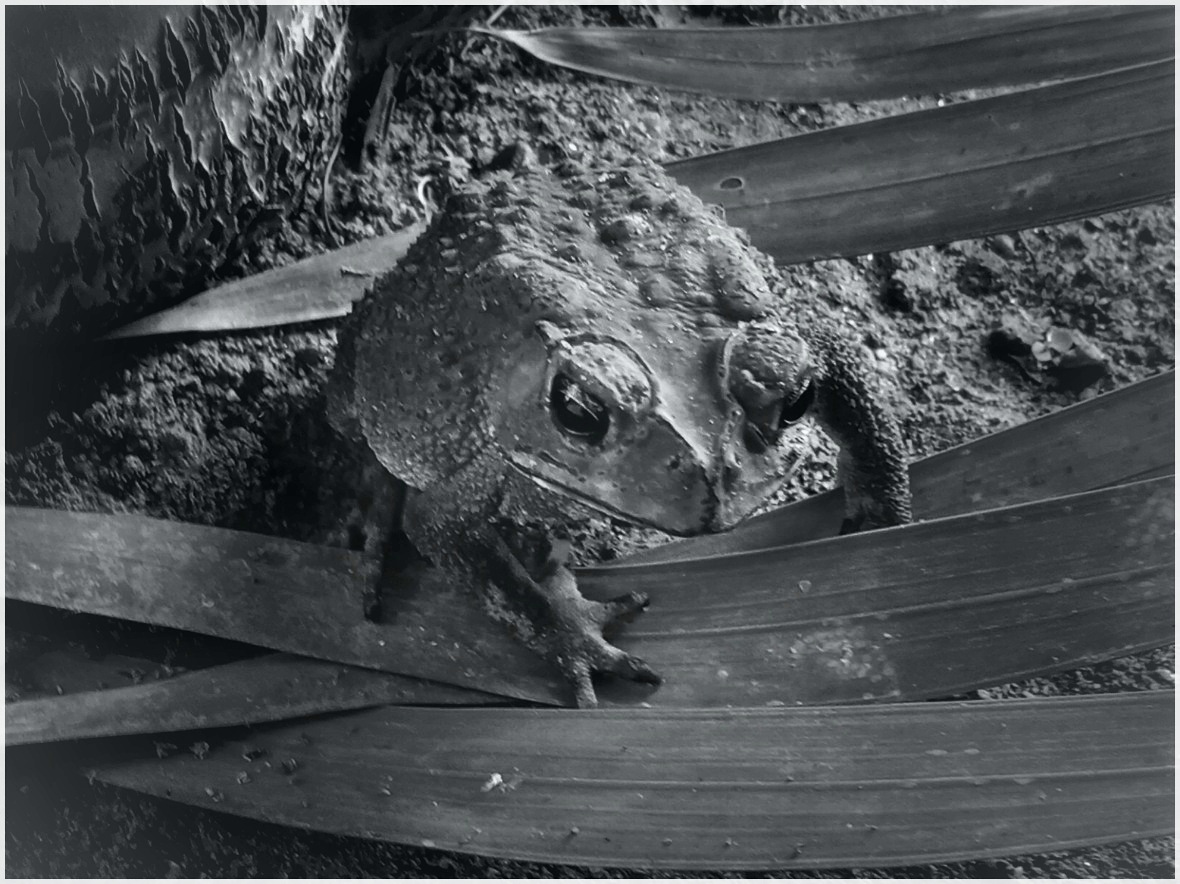 This frog, hiding (camouflage) in the ground, with two goals, namely to avoid being attacked by snakes, rats, and even other animals that like their meat. Sometimes in hiding they also carry out a reconnaissance of prey in the form of mosquitoes, and other insects that often live in the area.

When any species of flying insect or other active insect, flies across its camouflage location then with a quick tongue it can grab any insect that comes.

Then, what about other predators, are they unable to detect their scent? 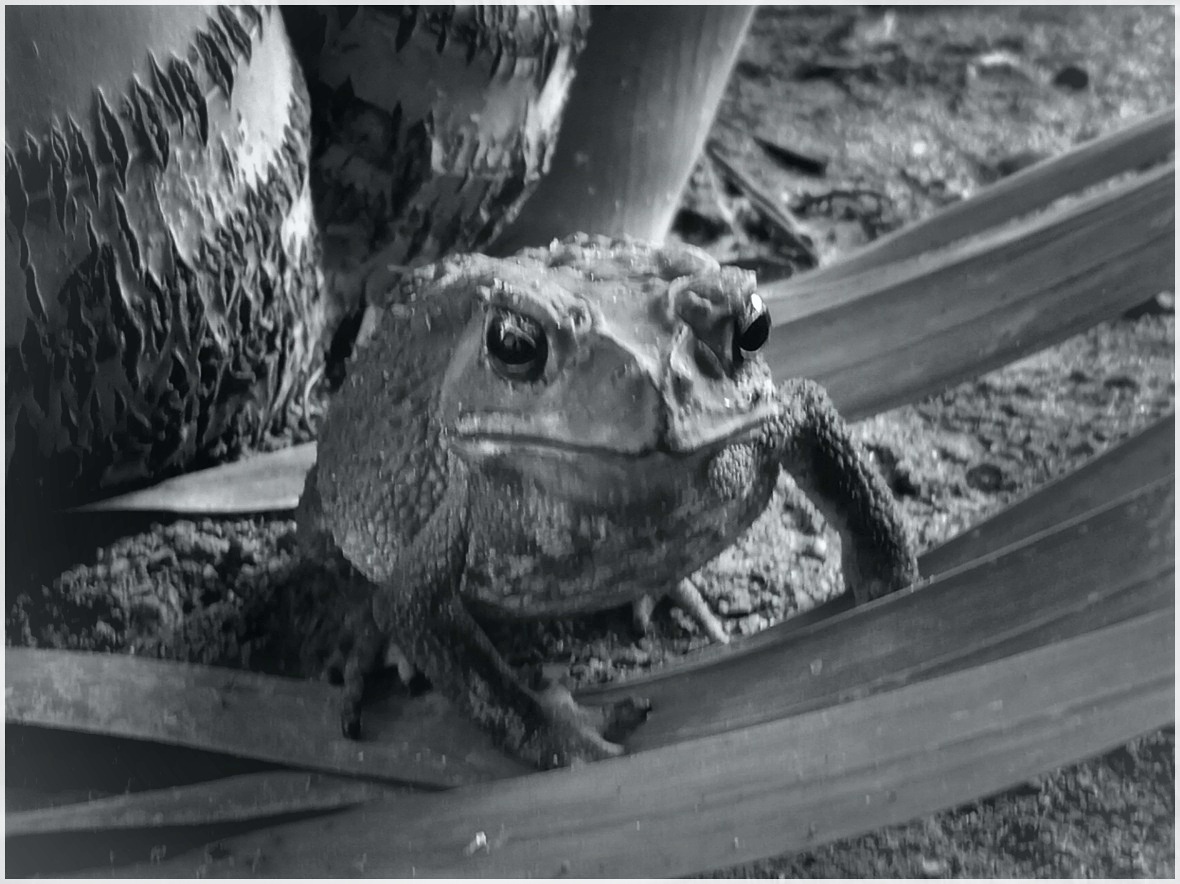 Well, this is where the amazing nature lies, it is undeniable that every scent that comes out of the body can be detected with the body part of the predator it is looking for, then what about the scent of a frog itself, is it not detected?

This one animal, has intelligence that we do not expect, when they immerse themselves in the ground, their fishy aroma is blocked by the soil that covers their bodies, so that the distinctive fishy odor on their bodies is not detected by every predatory animal, except for the smell that resides or is covered with soil can be detected by the smell of the dog's nose, while others are rather difficult. 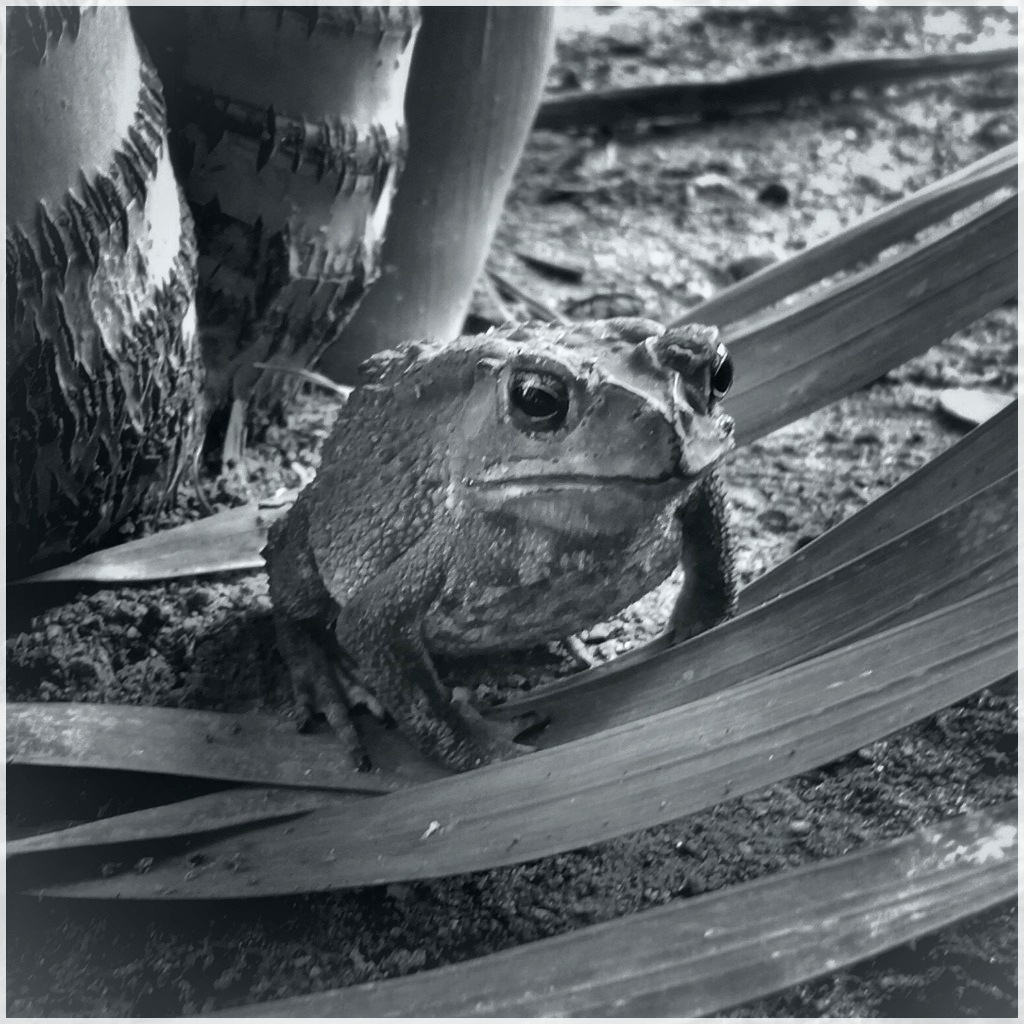 There are still many things that are in them in the form of their strength in adapting to every environment, both on land and in water, they can live in two places, so they are called animal of amphibians. What about your opinion?

If any of you, have a different view, please make a comment in the column provided. Hopefully you like it.

The photographs are great, maybe in selective color it could have highlighted the frog a bit more, and with this take away the work of focusing and finding the main object ... selective color is a good tool for when you just want to highlight an object, you could experiment with it, greetings and keep up the good work !!!

Hello @lourdeshd6, correct and very correct, if it looks selective color, because it will show the main character, your comment is very good and also a perfect guide, thank you for the direction and visit, very happy when you visit here. Regards...