@soehada 65
about 2 months ago
Amazing Nature
Hello Guys ... How are you today ? 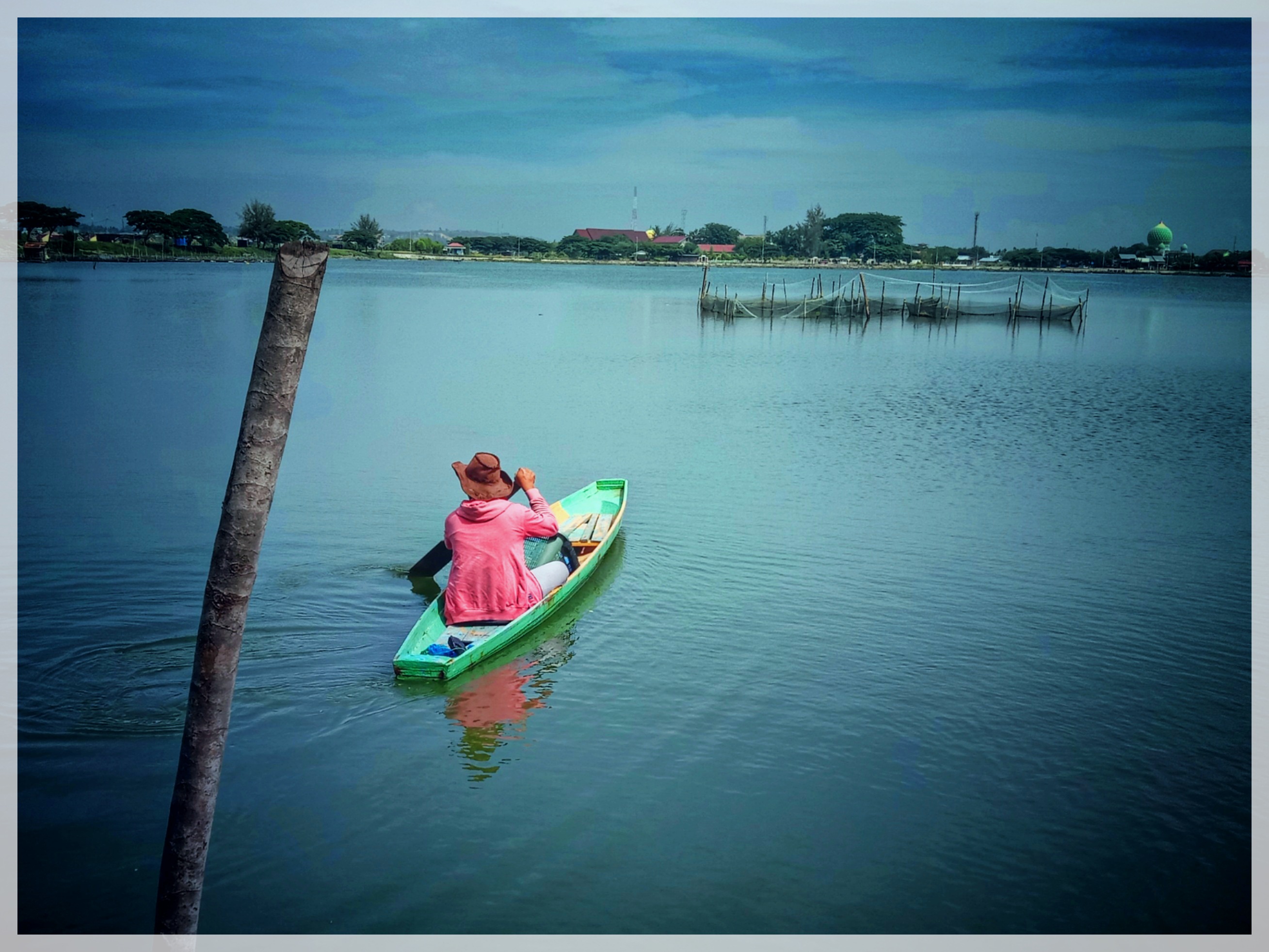 In this post, I want to convey to you that today's activity is very comfortable when you see a traditional fisherman riding his wooden boat by relying on a paddle as the main tool in moving.

The speed of this boat depends on the person who is pedaling, if the power is strong then the boat will go fast. This traditional fisherman is able to design his own fishing gear by having some knowledge in the field of architecture. 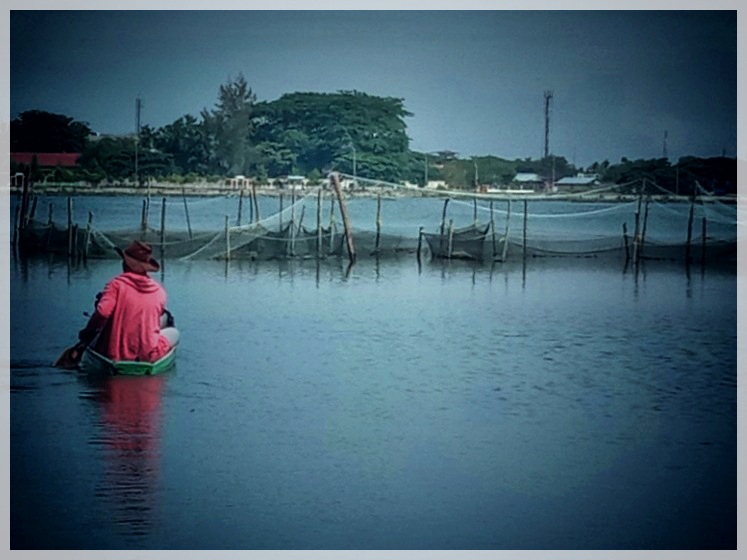 However, I will not discuss the techniques and profiles of the wooden boats themselves, but what I will convey is how they detect the presence of fish to be caught in the water, of course by relying on some of the experience they inherited from their parents Each of them is very good at reading the direction of the wind and also the speed of the water at regular intervals in the large body of water in the river that empties.

The purpose of recognizing the cardinal directions and also predicting air speed and so on, is simply to know when the fish's attention appears, so take advantage of this situation to make it easier to catch it, when it reaches the surface of the water. It is very important and profitable, of course fish also have a purpose, to come to the surface of the water. 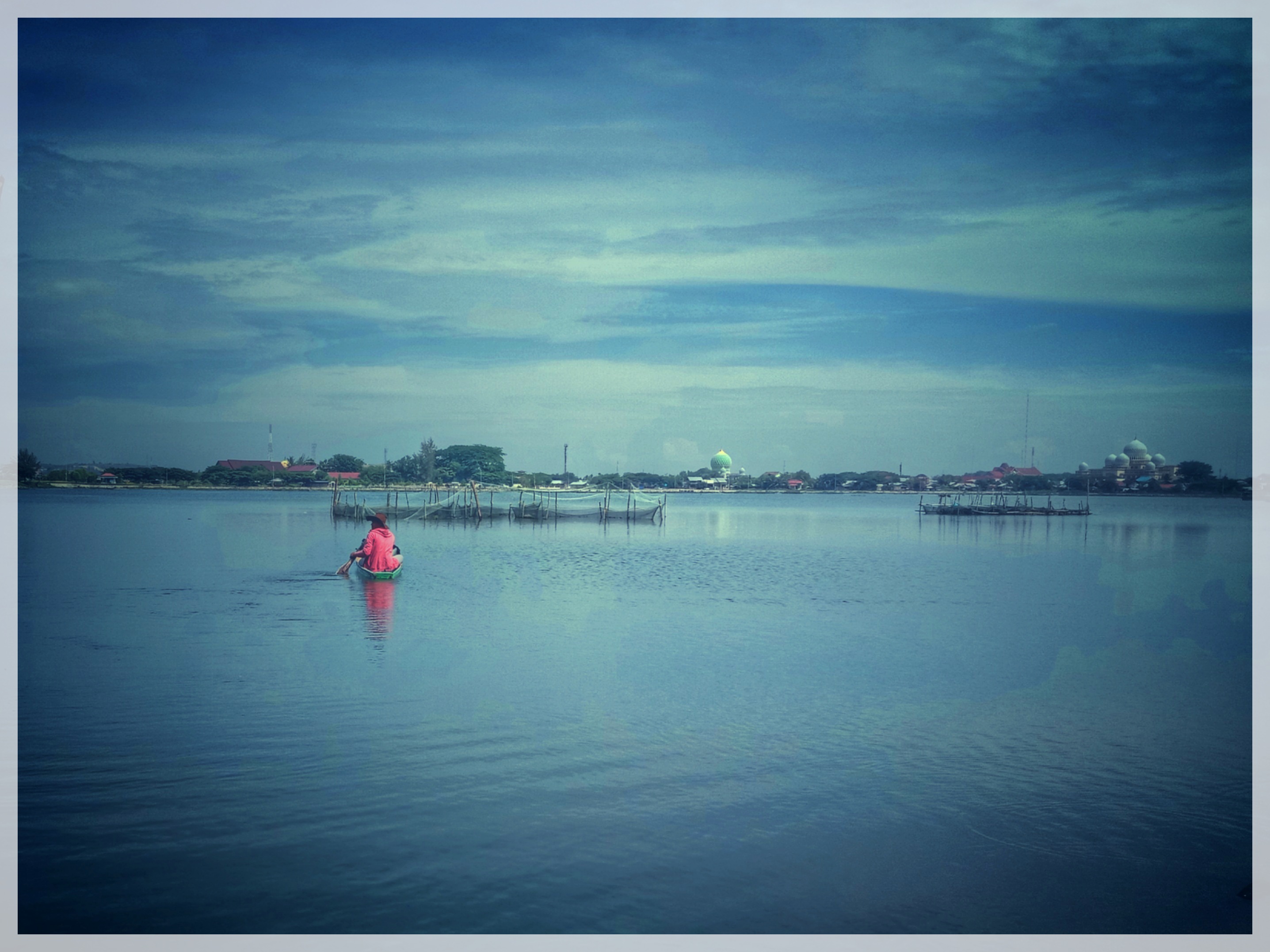 There are several times in 24 hours that can benefit the fishermen, when they are in the open, especially the traditional fishermen themselves, because these times become a favorable time for them, because at certain times every fish moves to the surface of the water.

The favorable times, always change according to the state of nature itself, and according to when the water is high and low, and the atmosphere occurs when the initial movement of nature only has 2 hours of either high or low tide. 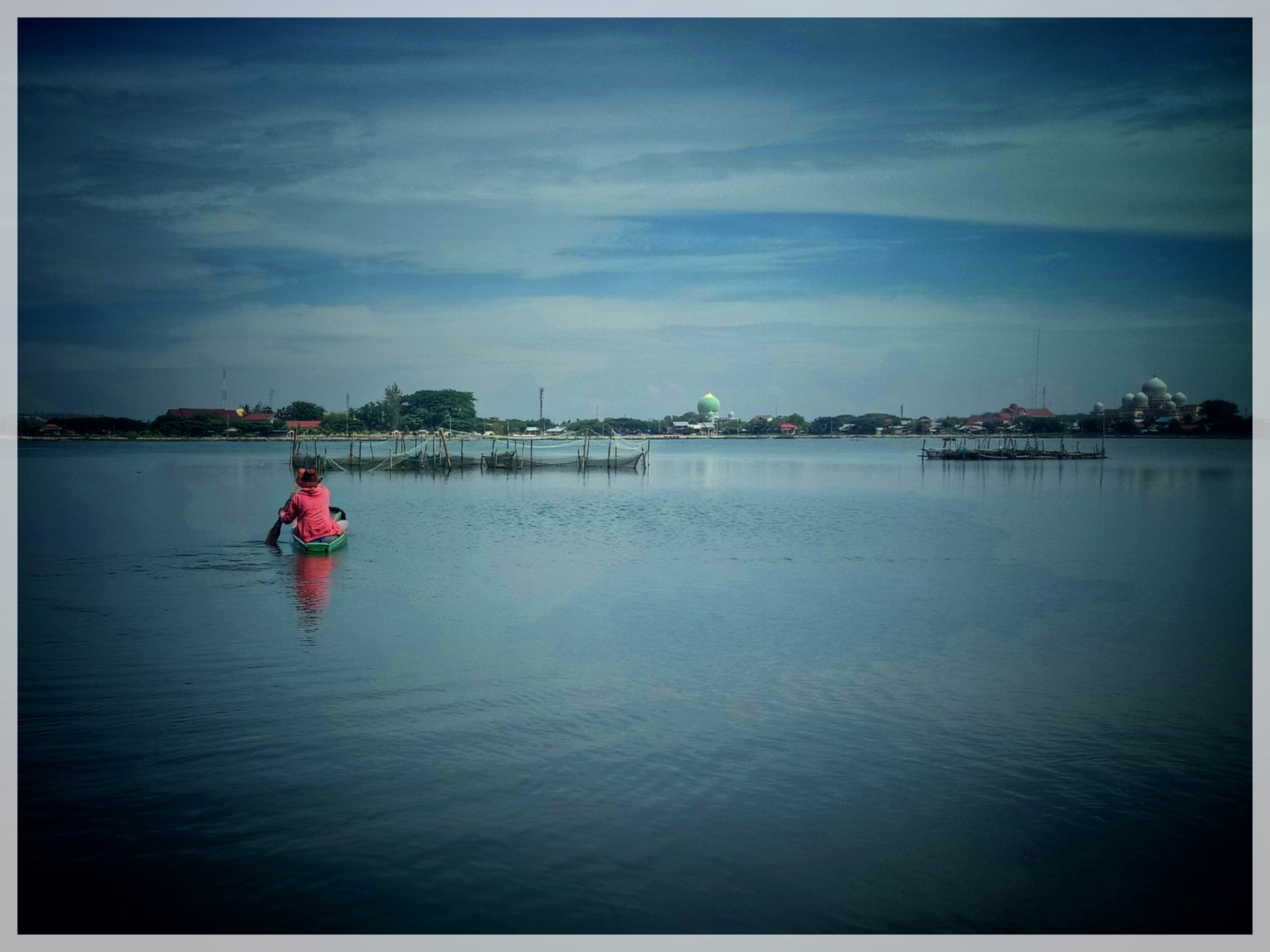 When the water rises or tides early

Maybe you still remember what was taught in school, that the conditions in the ocean can be divided into two conditions, namely :

Then, a question arises that, why sea levels often rise (high tide) and recede (low tide) or cause waves periodically, as seen today and the previous days. The influence of this condition, caused by natural conditions in nature, therefore, local fishermen say the tide is high and the water is low. While the tide itself. With the cause of a process or a change in the shape of the sea surface, caused by the gravity of the moon itself, and this traditional fisherman understands it very well. 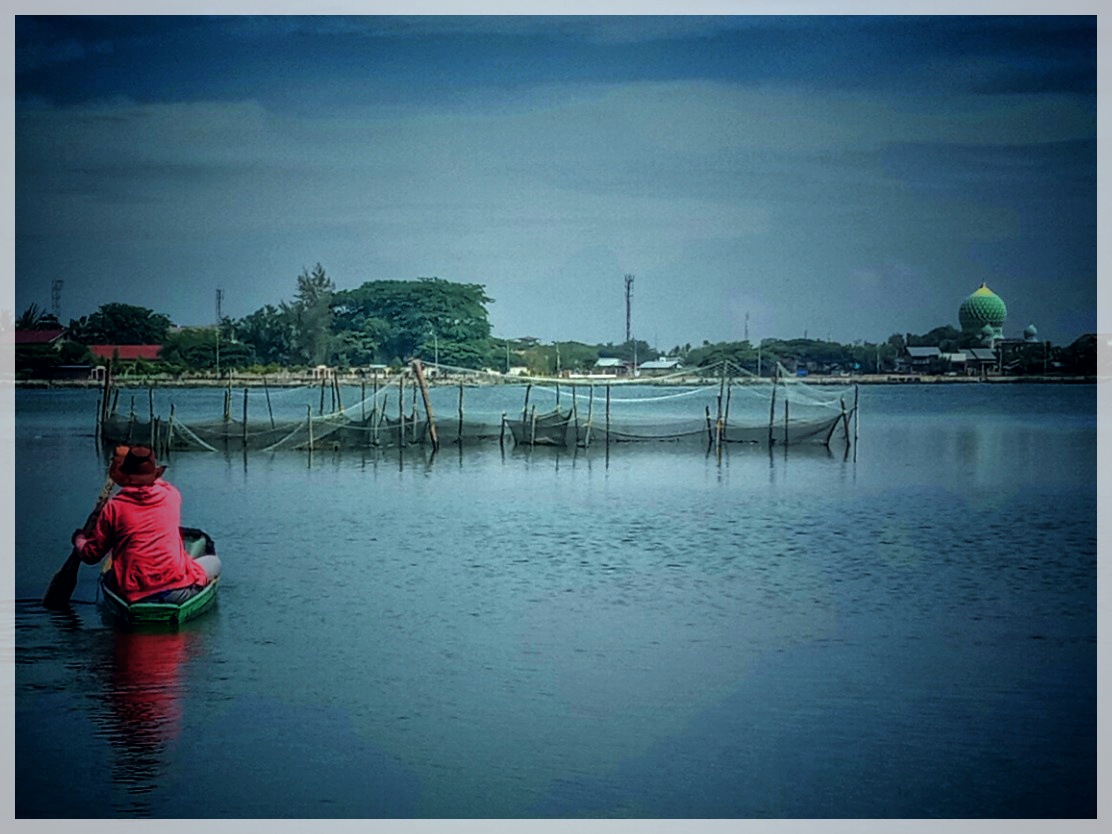 Then how to know about it?

If you are on the bank of a saltwater river or the edge of the ocean, then this is very easy to detect, by looking at the effect of water discharge or water of different sizes, for example when the water is high, the water (discharge) looks a lot or fills every limit, from the edge of the area, while at low tide, the flow of salt water (discharge) in the river seems to decrease, or the water does not seem to meet every coastline, if it is in the waters it will be known from the difference in water level itself.

Small children (fishing villages) in our area, are very aware of this influence, and this natural science is obtained by self-taught, because often in the area itself. Every day they experience the influence or state of the sea itself or the state of the water that often comes one after another at any time. 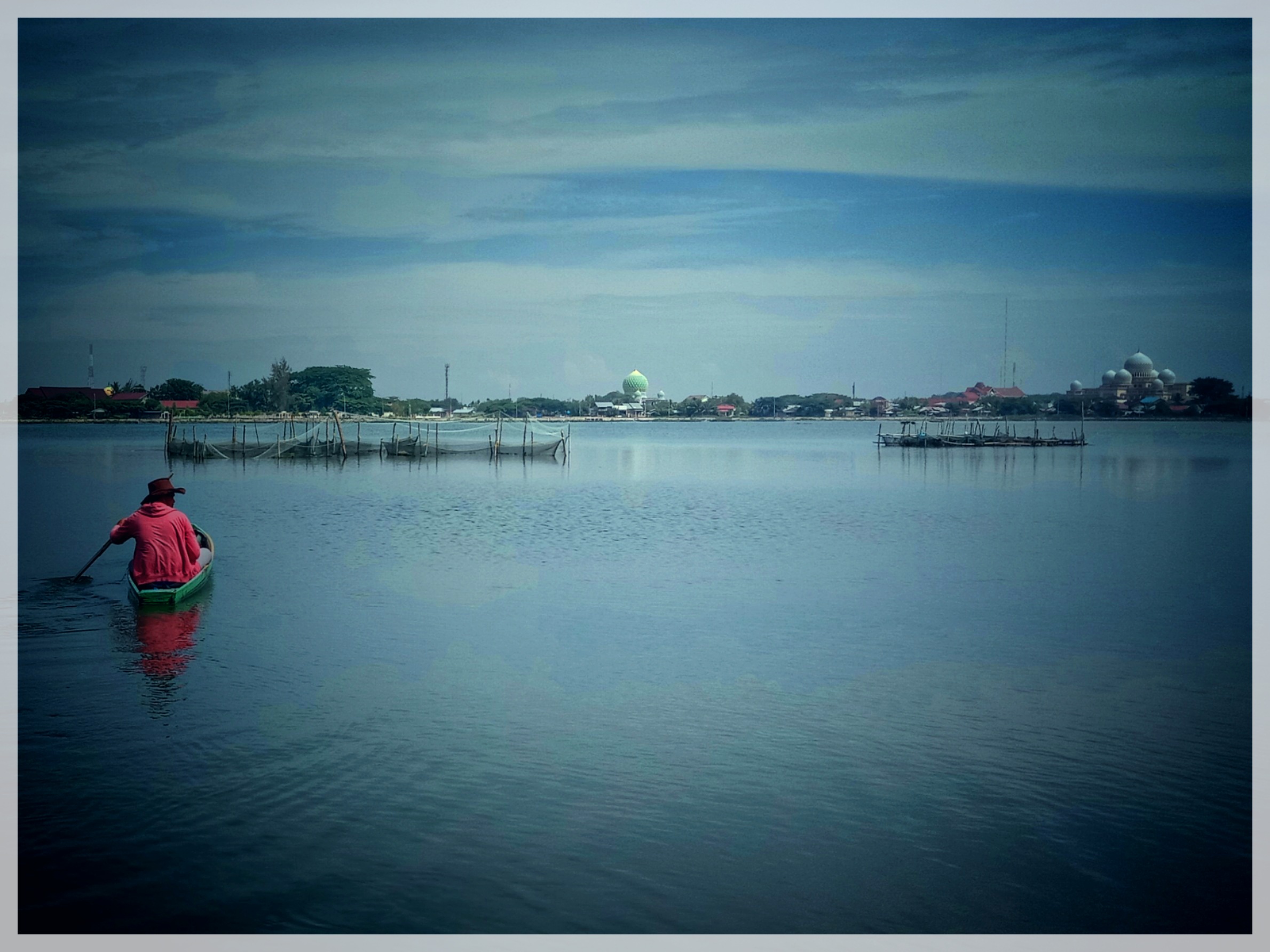 Then what about the traditional fishermen themselves?

Meanwhile, when the water has begun to recede, the water temperature is still as calm as before (not receding and flowing) or does not flow well at a depth of 1 meter or more, but movement has begun to be seen when the water begins to recede. The fishing community uses the term ie dilhee thoe which means the water is starting to recede. Then every object that was on it began to move too, or the wooden boat used as a fishing gear began to change the position of the head of the canoe, due to the flow of water. 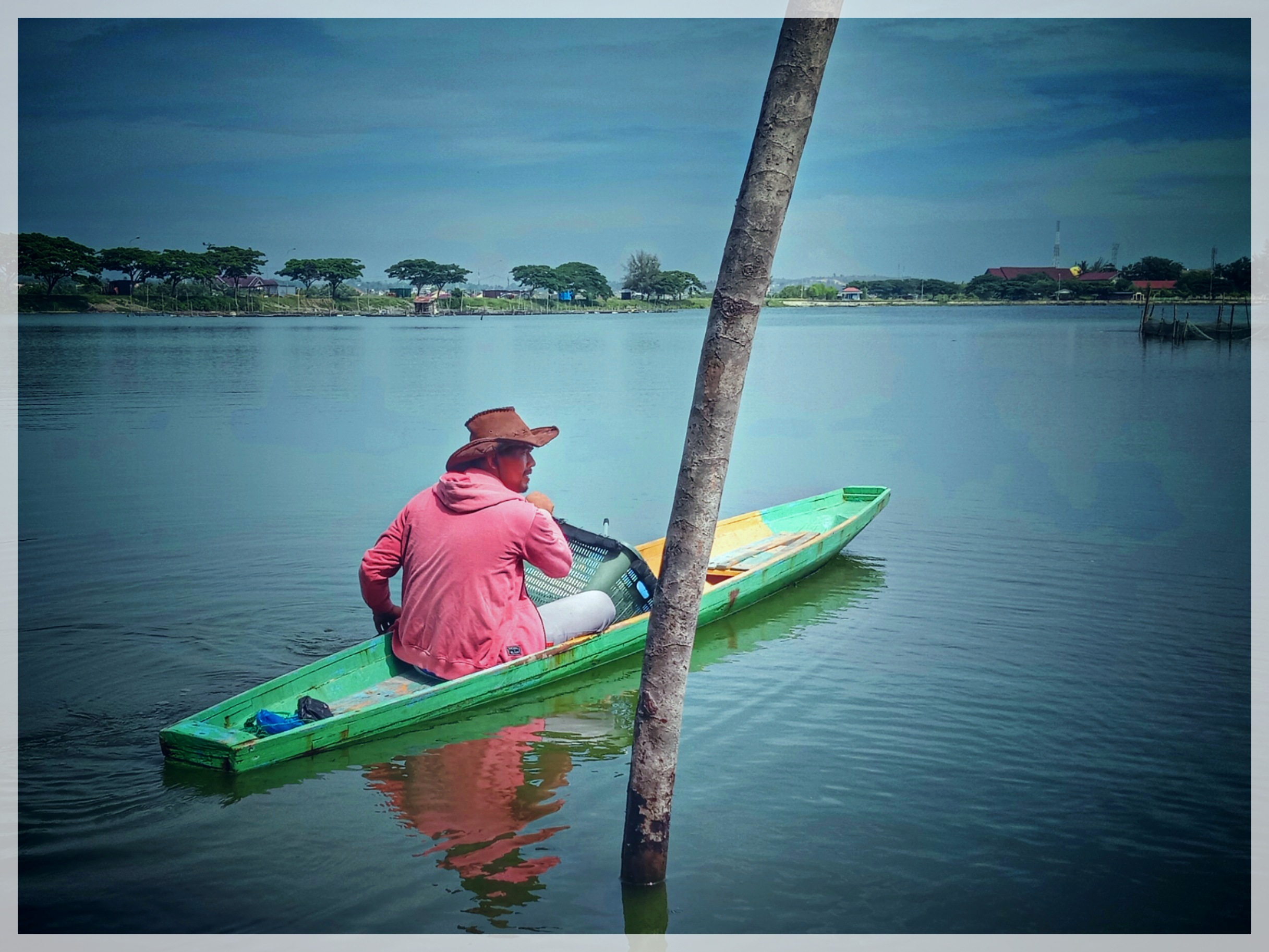 Then why do they understand this situation?

Knowing this is very important to know, because when the water starts to rise (tide) the water temperature will feel warm, with a depth of 1 meter from the water surface, then all the parasites (which become food) will come out and play together to feel the warm water, they are at an accessible depth or at the surface of the water. So that other fish (which are the target of fishermen) will appear to the surface of the water with a size of 1 meter from the surface of the water. So that it causes a small wave effect when viewed from a distance of 500 meters or local fishermen call it kawan eungkôt So when these rights are seen, these traditional fishermen start their activities by installing nets in each area where the small ripples are sourced. 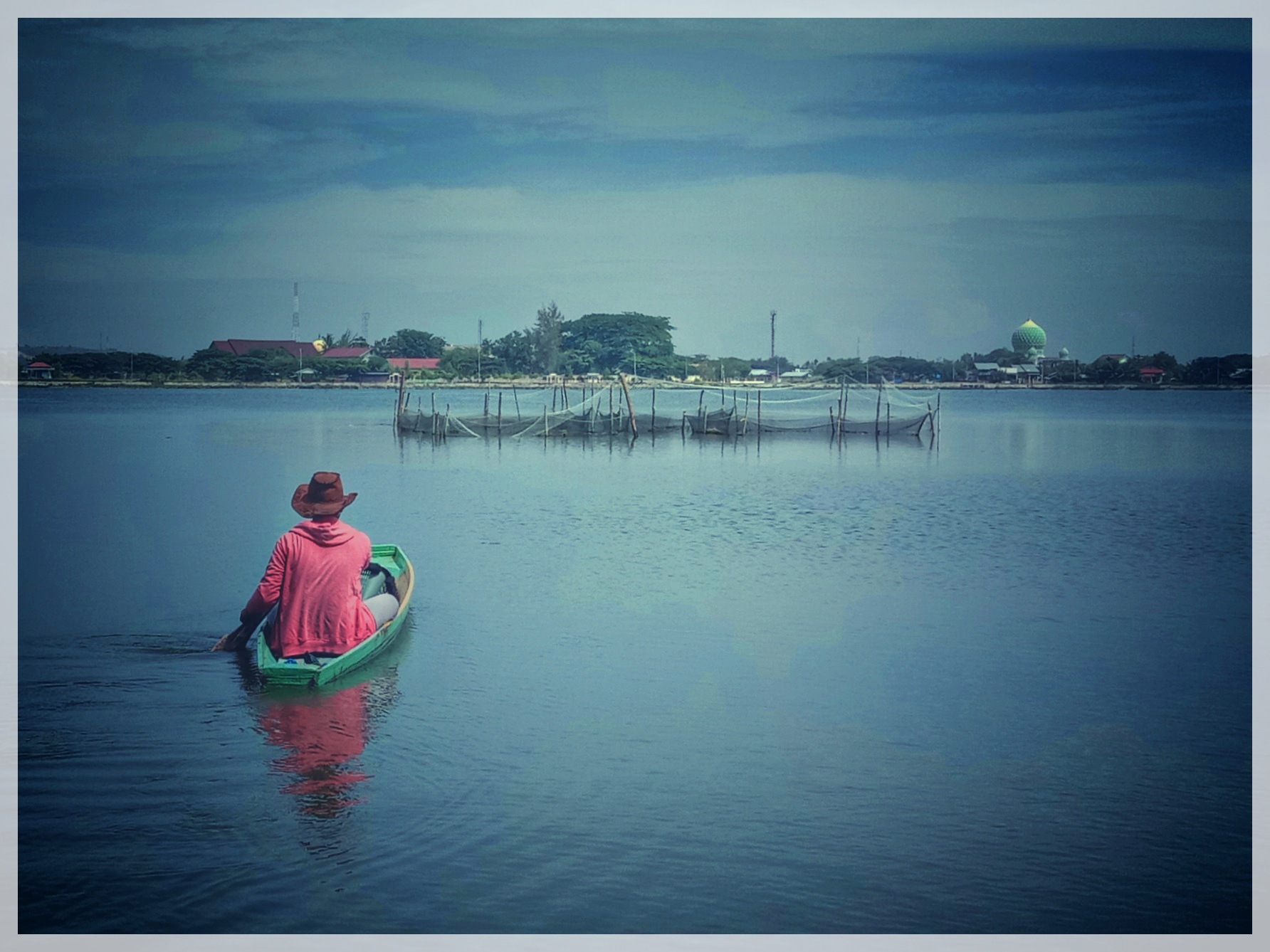 Likewise with other conditions, although sometimes it is seen that the direction of the wind and the movement of the water below moves simultaneously or in one direction, but it happens very little. However, what has happened so far, since the author has done this, has always found a difference in the direction of movement of both the wind above and the water moving below.

In essence, if fishermen are smart in understanding these natural conditions, then at least fish will always be obtained, meaning that even though being a fisherman does not only rely on energy, they also have to rely on intelligent reason in their performance even though they are fishermen. Hopefully this experience can be noticed by every friend who wants to become an impromptu fisherman, when there is free time to do other work. Hopefully you like it.

very nice if the traditional fisherman can understand the relation between the tides and also the feed for the fish so that they can cath more fish.

Yes, that's right mate, what you're saying, it's a smart thing to do that. Thank you very much @luhari for your visit to this blog...

We appreciate your work and your publication has been hand selected by the geography curation team on behalf of the Amazing Nature Community. Keep up the good work!

Thank you so much @hive-127788, to support me, may we all always be successful and always in a comfortable state

They are very extraordinary in their lives, even though they are fishermen, but they have the biggest contribution in our lives, my father and grandfather are also strong fishermen, and thanks to their efforts, I was able to complete my master's education in education. As a child, my grandfather often brought and introduced me to the ocean. So that I can swim and also be able to understand about the ocean. Your grandfather and uncle are also very amazing, they get work that is lawful and clean from all bad things, they are the best, thank you very much @rosmadirazali, for your visit to this blog. 👍