@soehada 65
about 1 month ago (Edited)
Insects Of The World
Hello Guys ... How are you today ?

What do you know about grasshoppers? 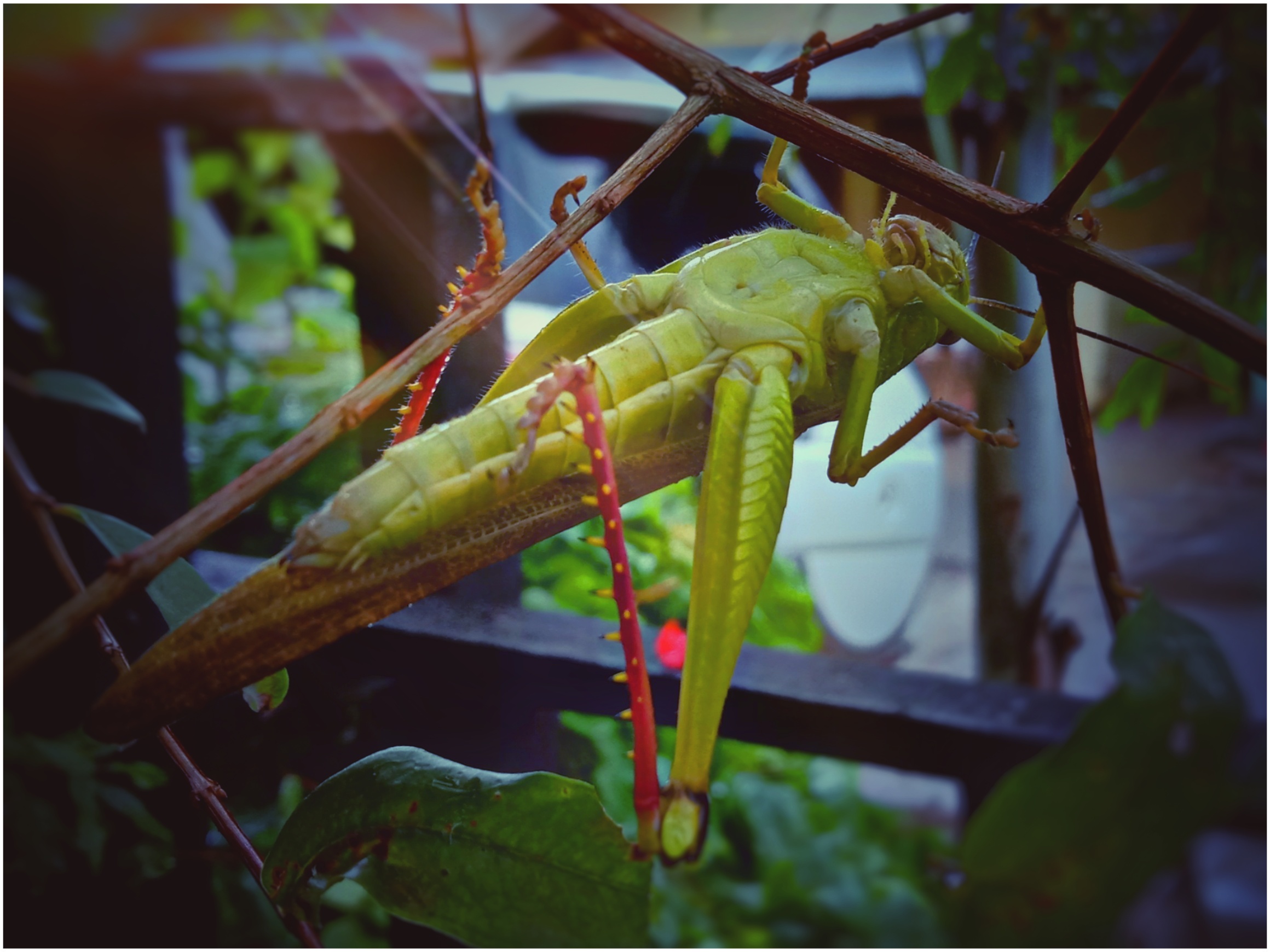 When you and I talk about grasshoppers, of course it will not run out, because there are so many findings from its character and daily behavior that make people think deeper and want to see it more deeply.

On this occasion, like the previous days, I would like to describe some of the unique things possessed by this one insect. When we see his unique body posture, then a question arises for him with a question that will allow us to explore it more deeply and accurately.

The question is How do grasshoppers hear ?

If we say they can't hear, then why is it capable of responding to all the actions of sounds that come from nature itself!

In human eyes, it will feel strange if it is seen that a creature does not have ears, while in the ear itself there is an organ called a drum to catch all sounds or vibrations that come from outside or from themselves. Meanwhile, when looking at the anatomy of the grasshopper's own body, you can't find an outer ear which is often located on the head, but how do the grasshoppers catch signals from the outside when something happens? 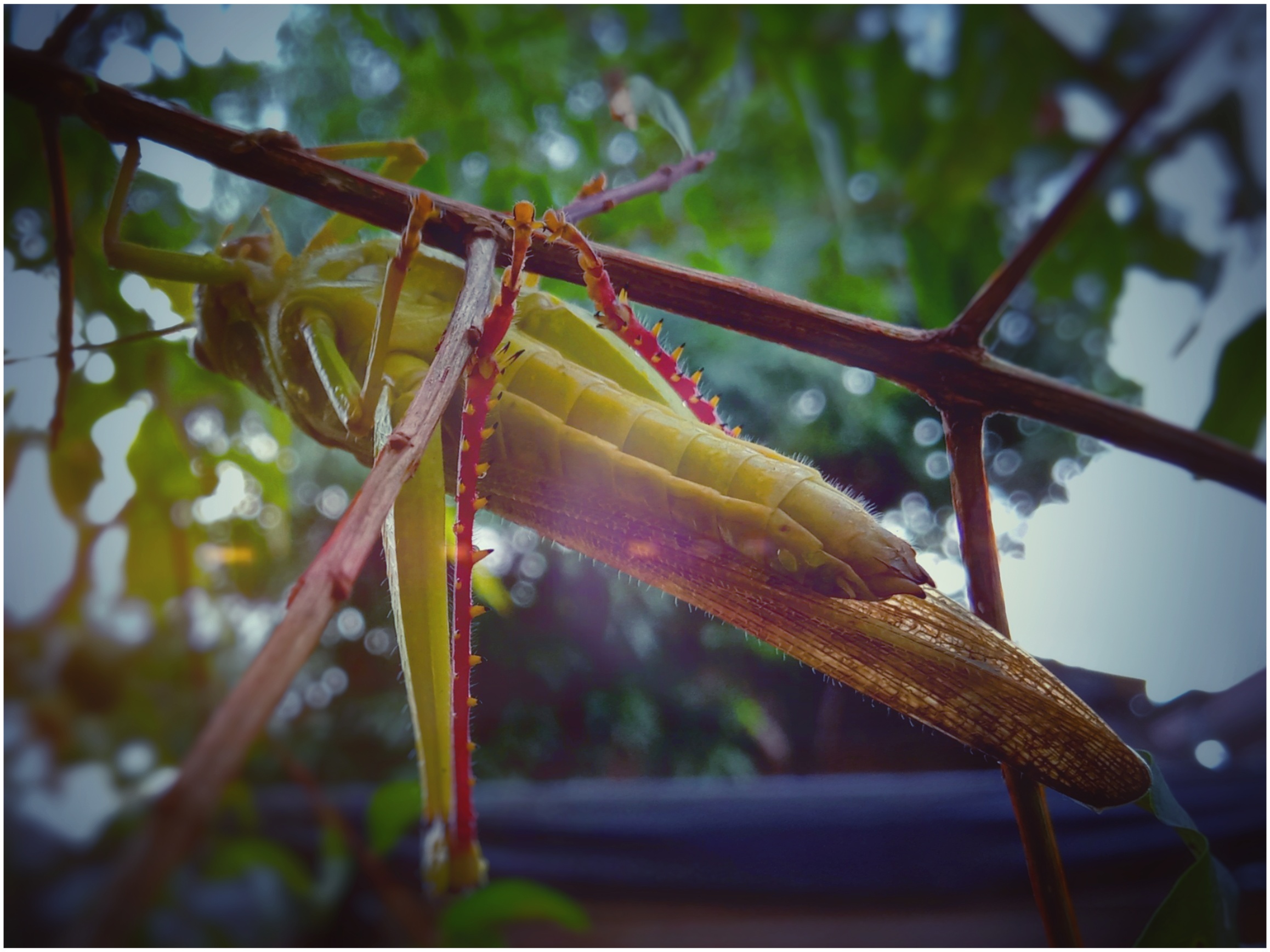 Grasshoppers have an organ called Tympanum

It's not a myth if you hear the statement that the grasshopper hears or receives every sound signal either from outside or something from it, through its stomach or legs. Because the grasshopper itself receives every voice message through a device called the Tympanum. Well... Here, experts differ on its location, some say it's in the abdomen and some say it's on the legs. For myself, I think that both opinions are not wrong, because the detection device may be located in two parts, either on his stomach or on his legs.

In addition to the tympanum, there is also an air sac that helps the grasshopper hear. Why is that? Because when you look deeper into the anatomy of the grasshopper's lower body, it turns out that you can see the air sacs that each grasshopper has, this series of tools also functions as an internal sound path, so that it can easily receive any signals, or vibrations that come from outside, this happens often, seen when the grasshopper rubs its feet with its wings as a signal to its comrades. 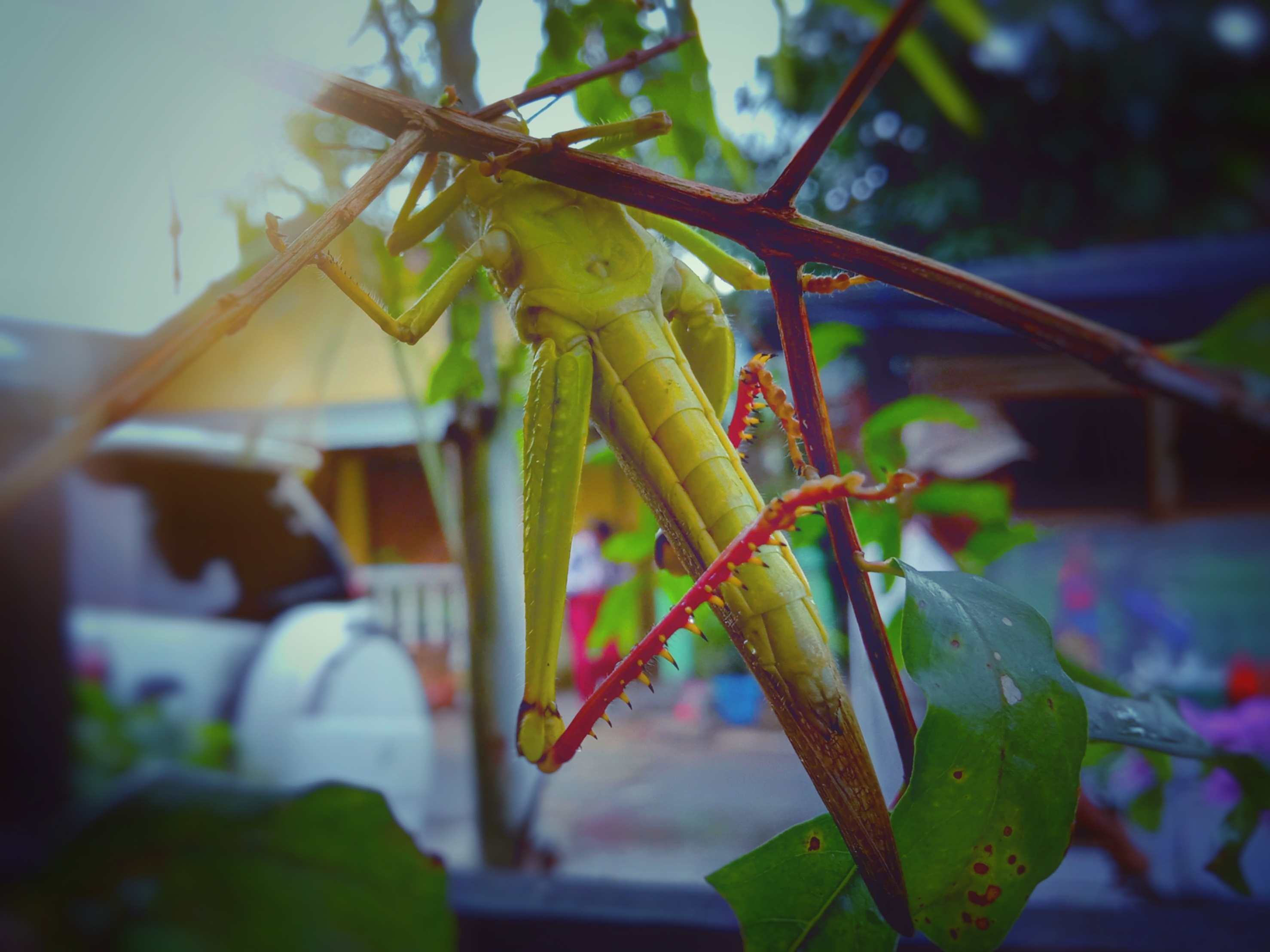 The sound produced by this movement is detected by the human ear if you are in a plant that is the dominant land of the grasshopper itself. I myself often hear the friction of the famur when the grasshopper wants to call or say something to nature. The sound vibrations are also felt or received by other animals in the same environment.

So that by having a tympanum or air sac (human manual term), here the grasshopper can be said to be a great animal and has perfect readiness to understand it. About two years ago, or before COVID-19 dominated the world, there was once a group of locusts that dominated their territory suddenly came out and made a group migration that was on one of the plants that grew precisely on the coast. 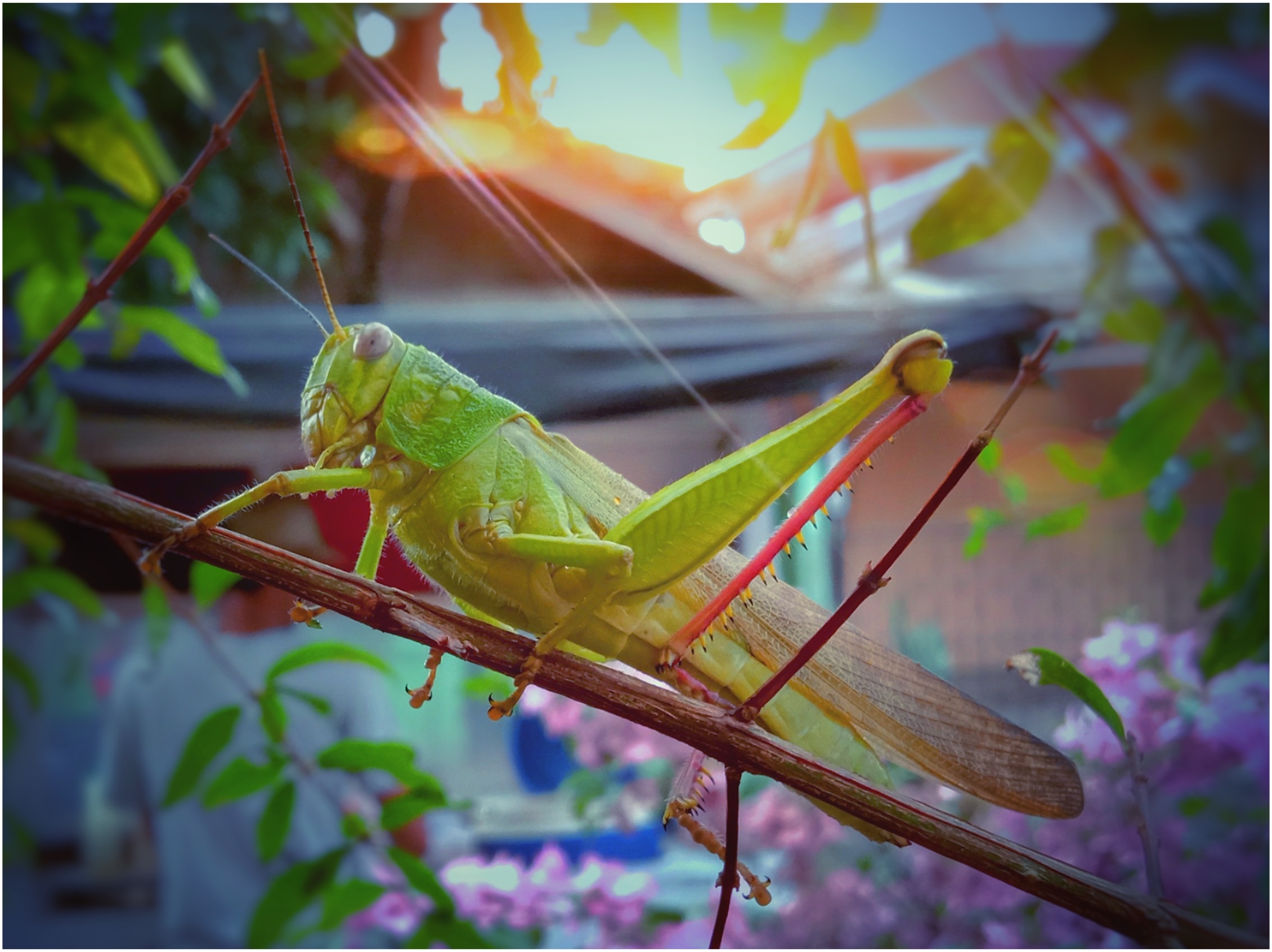 People living on the coast do not understand the behavior of this insect, even everyone in the area does not read its movements, so that in the next two days there will be a massive attack on the residents' livestock which is attacked by a group of very vicious predators, namely the forest civet which tens of them. This forest civet, lives and dominates the area from across the river and on every bank to the residents' livestock location, perhaps these grasshoppers detect the presence of large groups of predators. Their behavior while in this location is very noisy and brutal, besides hunting livestock, it also causes damage to every part of the plant planted near the farm site.

Thus, it can be said that the grasshopper's hearing received by the body part in the form of the tympanum or air sac is very thorough and great because it is able to detect predators, their partners, and the prey they will eat. Experts say that this grasshopper hearing is the result of an evolution. 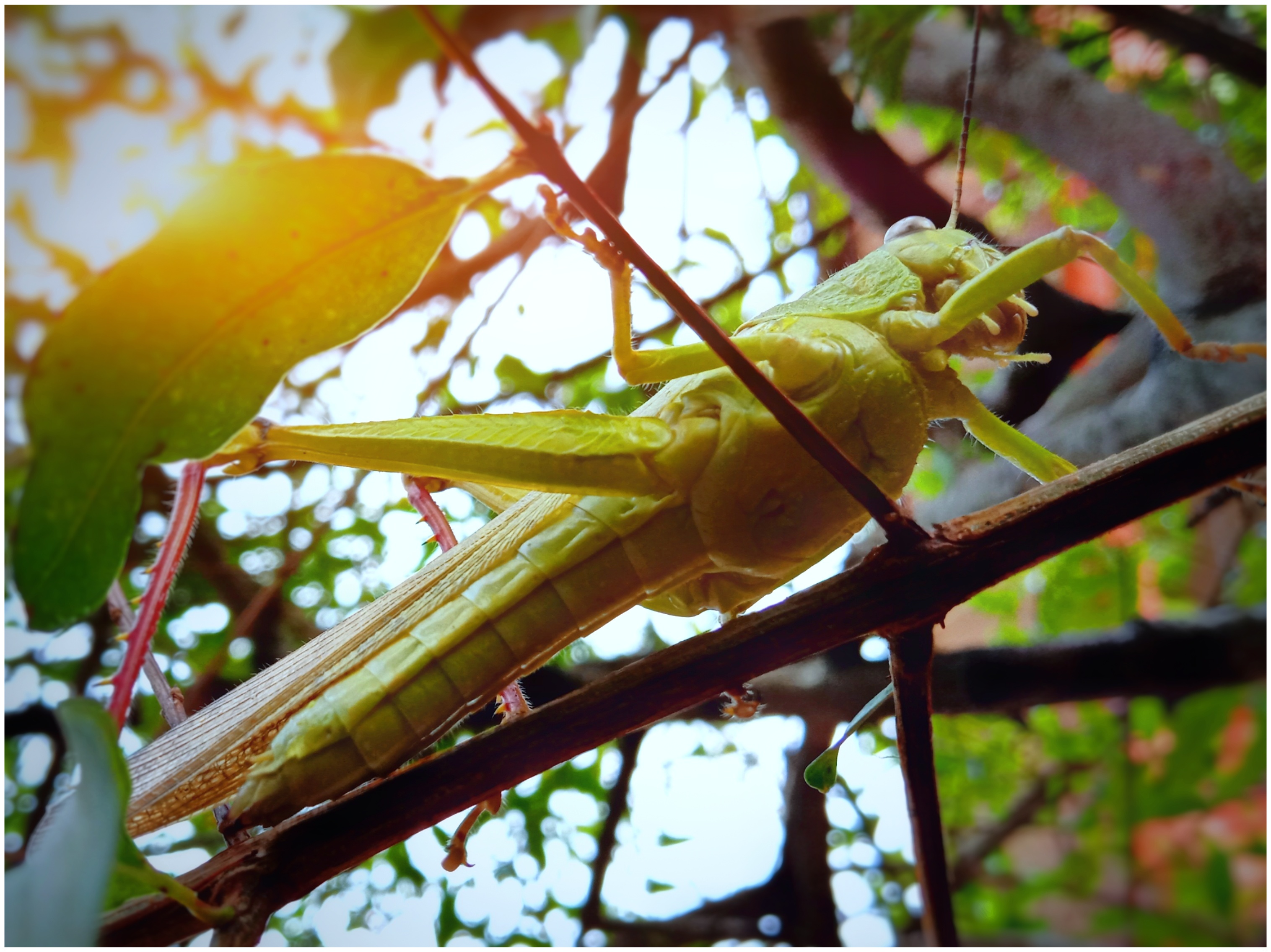 Amazingly, sounds or vibrations that come from outside or from any part of his body are always received accurately and with certainty, so that with the above-mentioned tools, which are located on his body, they can determine the origin of the sound precisely, on location and never fail. This is also seen when the male reacts when invited to have sex, the male will quickly recognize the female's objection even though it is within 100 meters, this can be seen when the male flies and falls right at the female's location. woman who has signaled to men.

Having accurate hearing in receiving and sending a message, then each grasshopper is able to communicate in their terms, this is what makes the they compact in carrying out a large-scale invasion of an area. 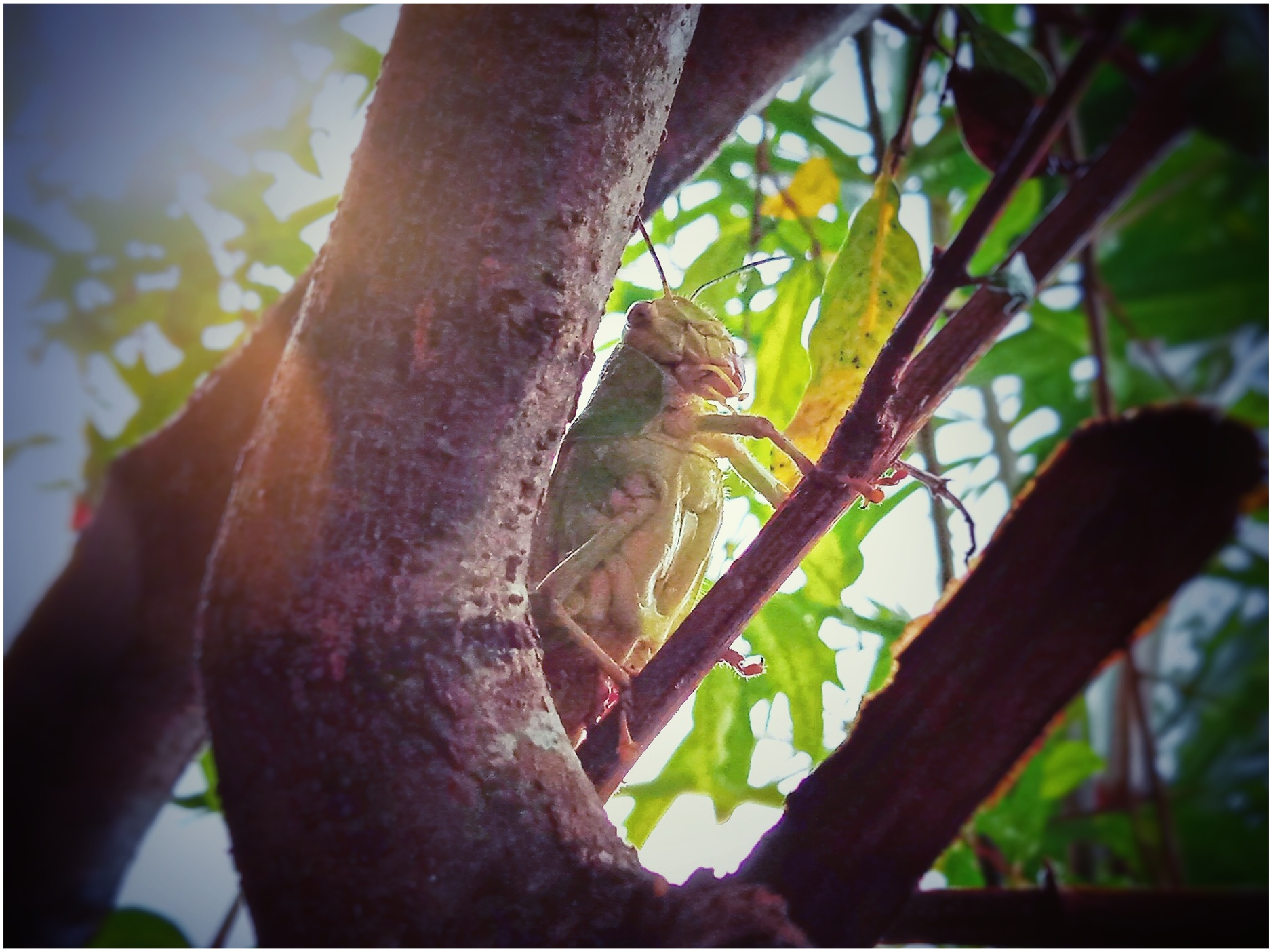 God is able to create something that we do not understand, every creature certainly has advantages and disadvantages, as well as grasshoppers in hearing and sending a voice message, so that they are able to make humans stunned and extraordinary....

Thank you for reading, hopefully it can add to your scientific insight, the results of this paper are accurate information from fellow local research teams.