I saw the amazing design and abilities of dragonflies

@soehada 65
4 months ago (Edited)
Fascinating Insects
Hello Guys ... How are you today ?

I saw the amazing design and abilities of dragonflies.

Ground Skimmer (as it is called in English), is one of the sibar-sibar or dragonfly that often perches on bare ground, or often called Chalky Parcher, the male has a light blue color while the female is yellow-green. A more complete description can be seen in the explanation in this link jujujitu.blog 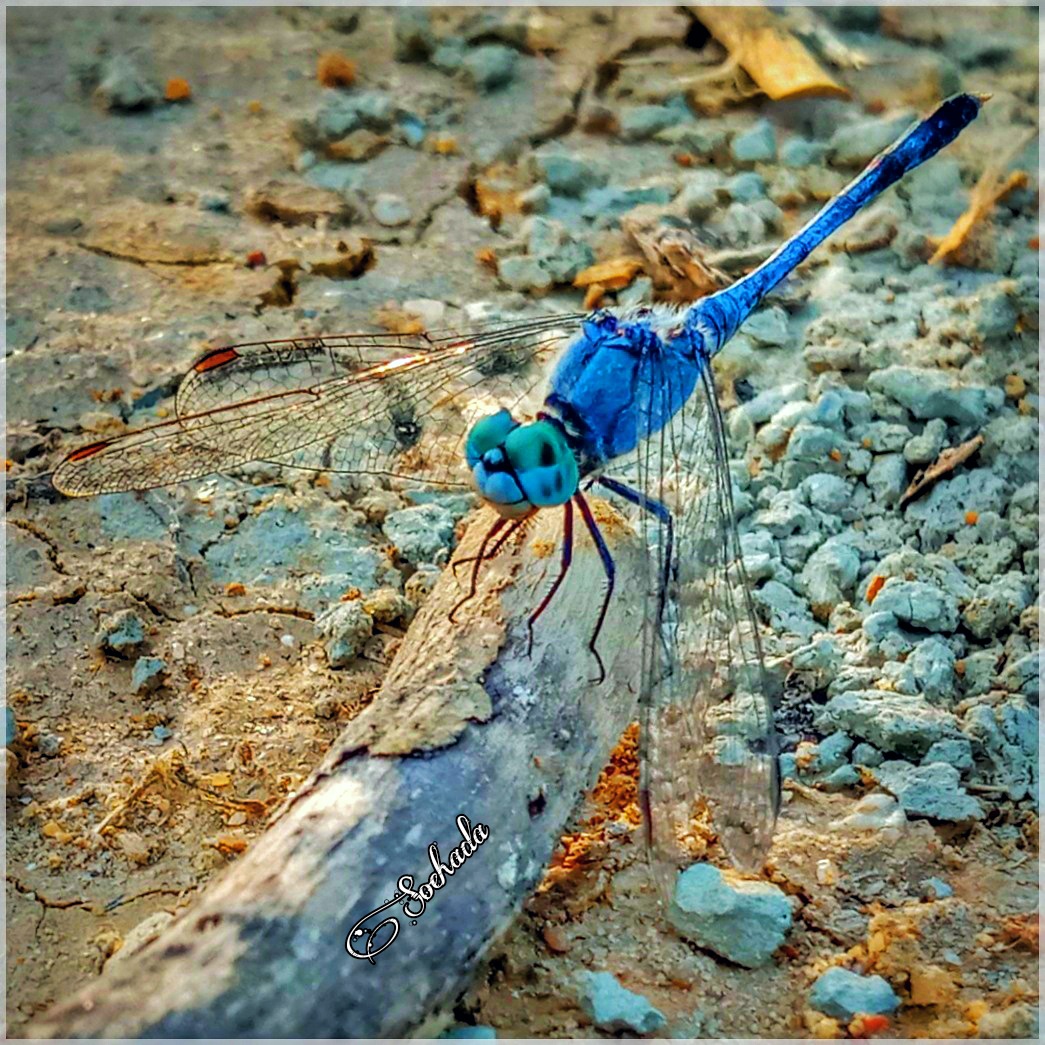 Since childhood I really like to see him and even dreamed of adopting him as a pet, at that time I saw his posture and very graceful way of flying, but this motivation was ignored or eliminated because he is a free-living animal. They are not pets like other tame animals known to humans, such as cats, dogs and other animals, which are often used as human pets to fulfill their shared hobbies.

My love for him must have a certain reason, so until now I am still amazed to see them when I meet him at every time and opportunity, so much love for him that every time I meet him of course I will always approach him. When I meet him, especially when there are tame ones, is something that makes me happy. Then pay attention to it in detail and thoroughly, so that without realizing it I have observed it in a way that I often do in my own way. 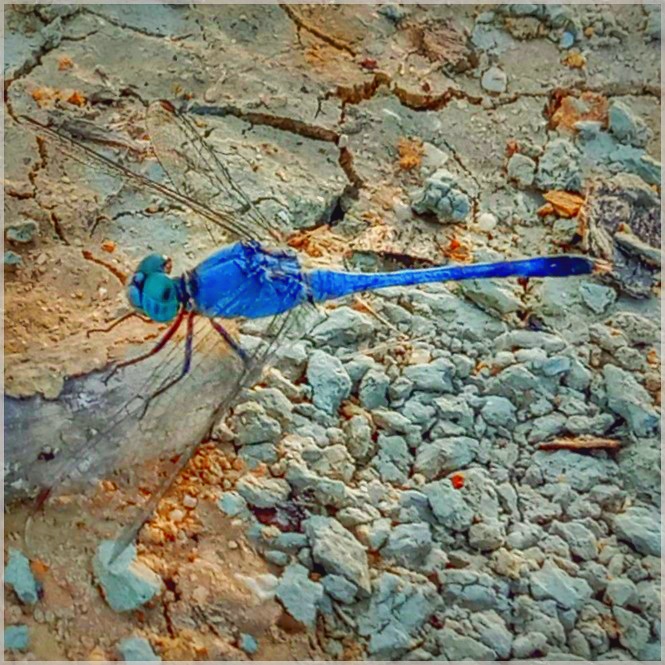 Very graceful and charming when on one side of the plant or on any vacant land, and indeed that is his hobby, and this behavior becomes his main characteristic when in a state that exists in their own environment.

However, they are never far from the water, especially in that location there is a lot of food, generally in the puddles there are many mosquitoes and other insect species which are often hunted as special food for them. 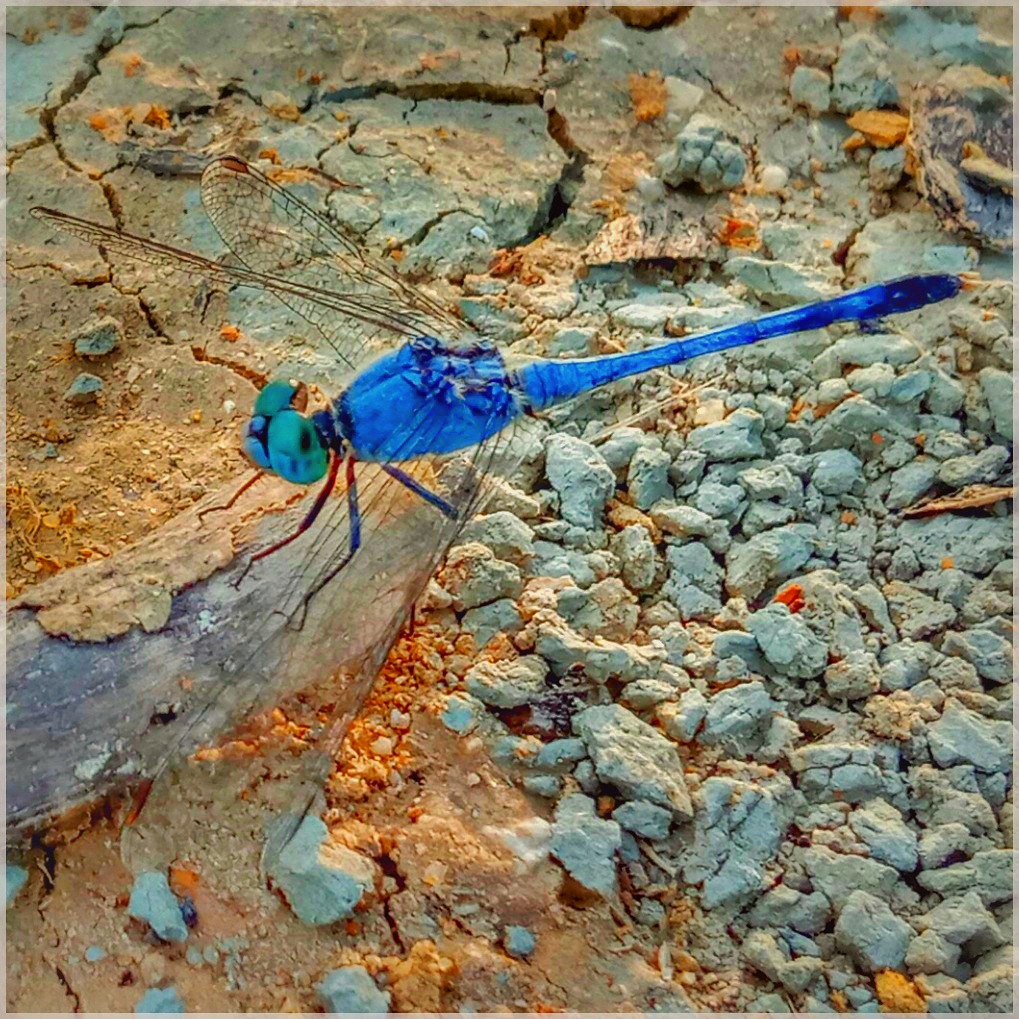 Today, I found it again in one of the vacant land or barren land locations that have a few small weeds and hard barren grass as a condition that shows the characteristics of the land itself.

Seeing him often or being here, is a sign that he often visits this location, of course they have certain goals when carrying out their desires in a place. This is also a reference for everyone in detecting a situation that has the potential to be free from evil populations, whether the source comes from intentional elements or from irresponsible elements. 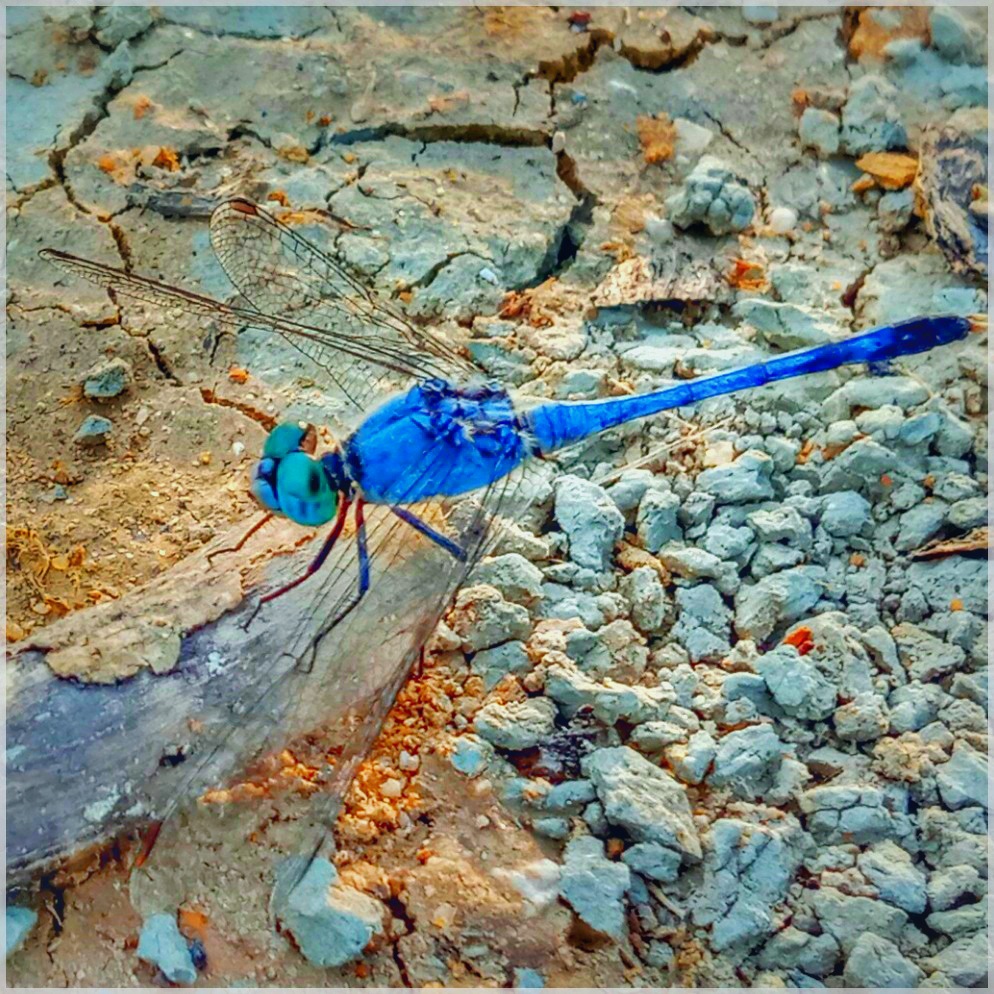 Although beautiful, it turns out he is a cruel and great predator in hunting who has an amazing intelligence IQ

Although he has a beautiful and sexy appearance like a super fashion that is often filmed in a story, but did you know he is one of the predatory animals who are very cruel in hunting their prey and targets. Every desire in carrying out an operation he will always get success which means that his success in hunting is almost entirely successful, although sometimes there are also failures from it, but very little. 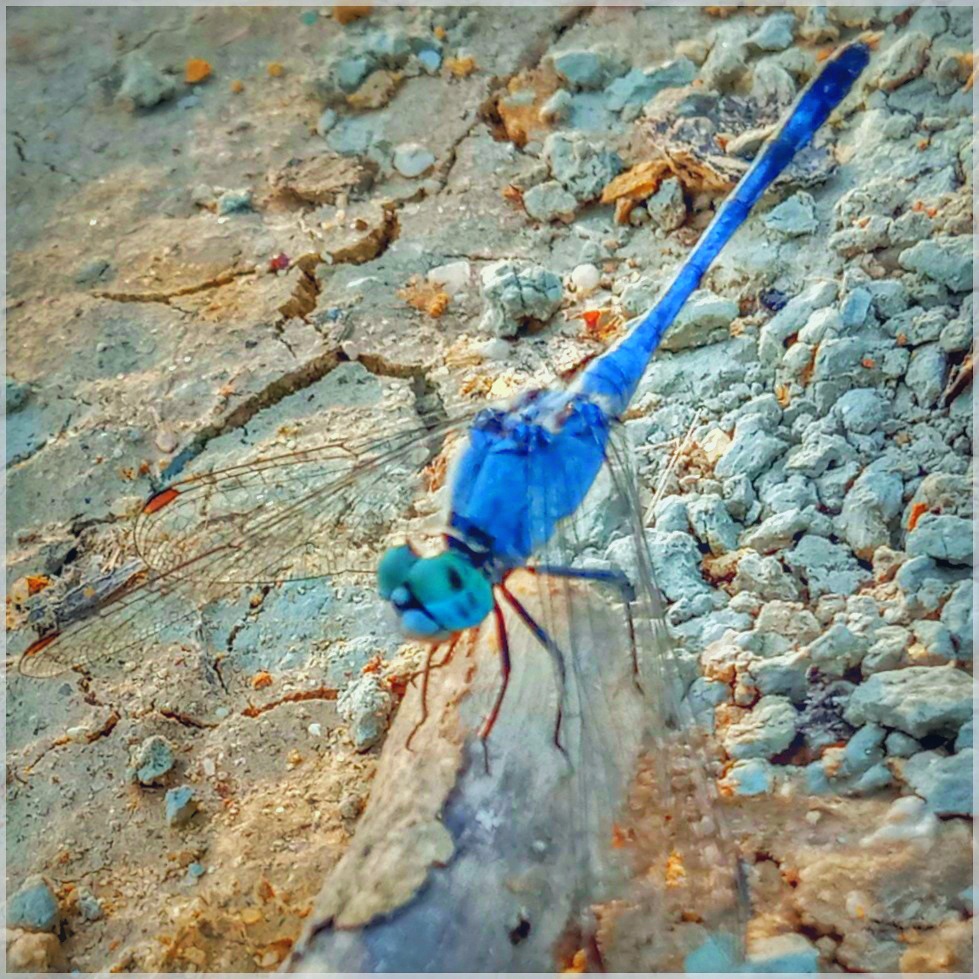 Success in hunting is based on estimates or calculations, this is often seen when he wants to hunt targets, they always take into account the opponent's distance and weakness, so their style is seen in monitoring actions where there is a target. I myself have witnessed when a dragonfly was about to hunt a small spider, which was busy assembling a web to make a small nest, at that time the dragonfly stood from a distance of approximately 2 meters, the monitoring carried out by him, took about 1.5 minutes, then swiftly, with some flight maneuvers, the dragonfly managed to break through to the spider's location. Even though the little spider was just about to start working (knitting) as a nest. 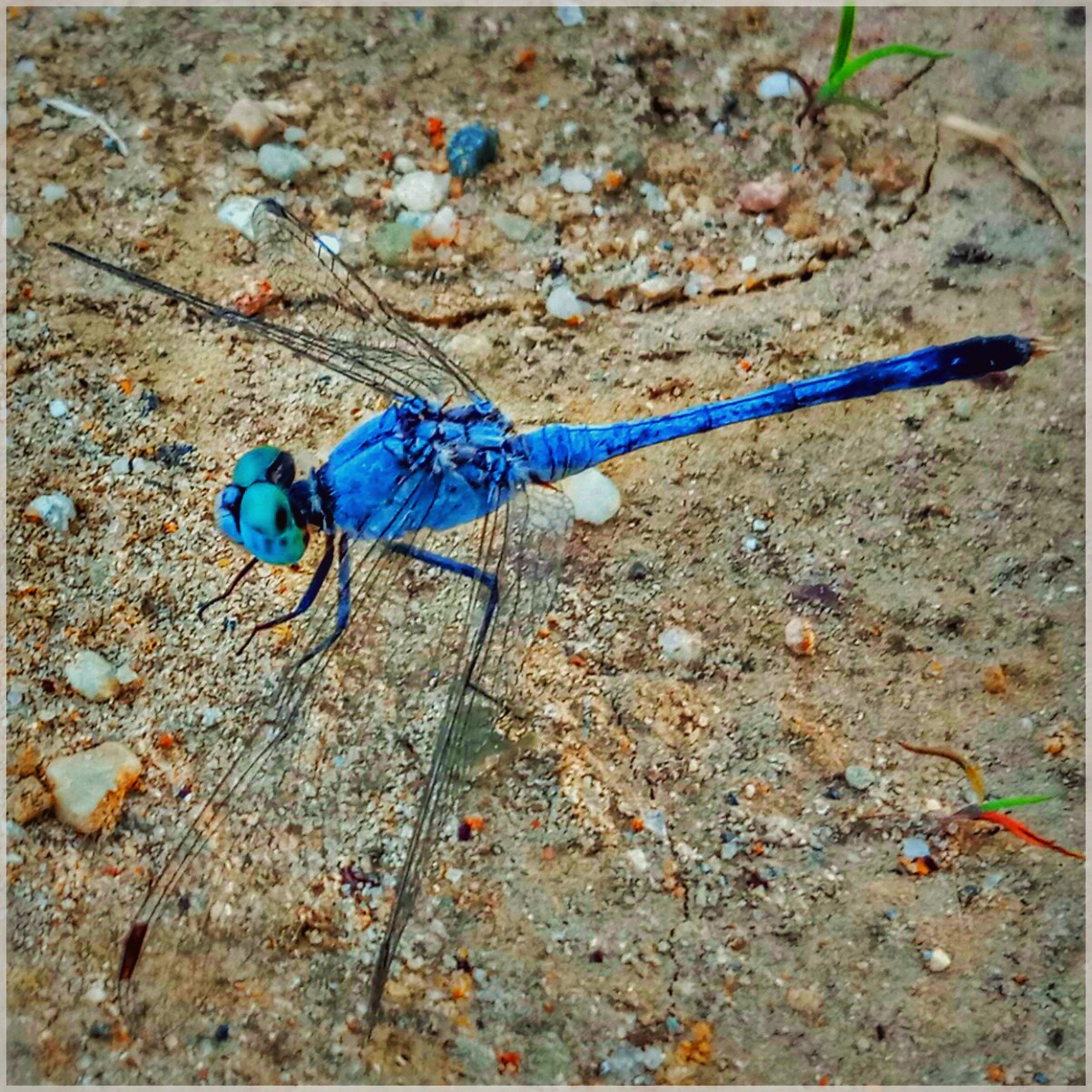 That phenomenon, made me think long, and it looks like I think it's very smart, why?

This can also be seen from the hunting treatment, before hunting there were two small spiders with different locations but still in the same location, while the distance was about 30 cm, the first spider seemed to have finished assembling its web as a nest, while the spider next to him (the victim) is just about to start making a nest. Uniquely, dragonflies only hunt small spiders that do not have a nest (it will only make a nest), dragonflies choose the right one, do not hunt the spider next to it. It is certain that they have their own reasons, if he chooses the spider next to him will surely be caught (trapped in the spider web), and the situation will change and turn into prey, which gets stuck in the cobweb. 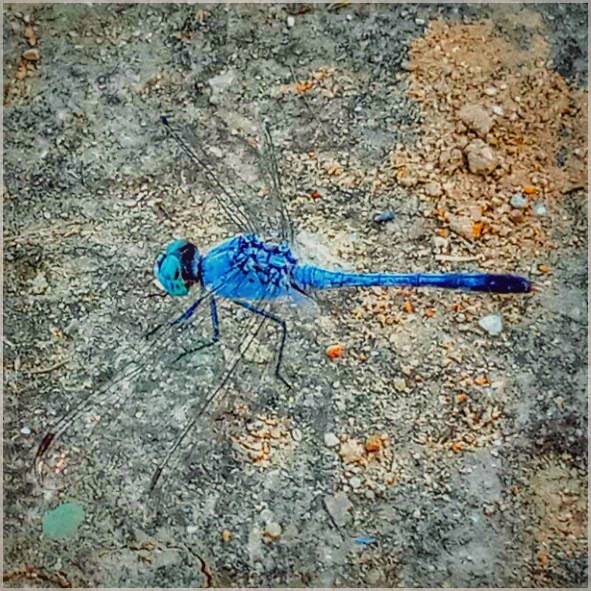 Amazingly, when the prey has been caught

From a height seen, when the little spider had caught his mouth. Then while flying about 1 meter from where I was standing and also seeing the movement of its powerful jaws, and mouth that has the power to cut, the victim, finally the spider was mutilated. The dragonfly deliberately kills him quickly in the air, why? With the aim that when he stops at an empty land, he will more freely devour it, and will continue to devour it. So that the dinner looks delicious and facilitates the process of destroying the victim with certainty. 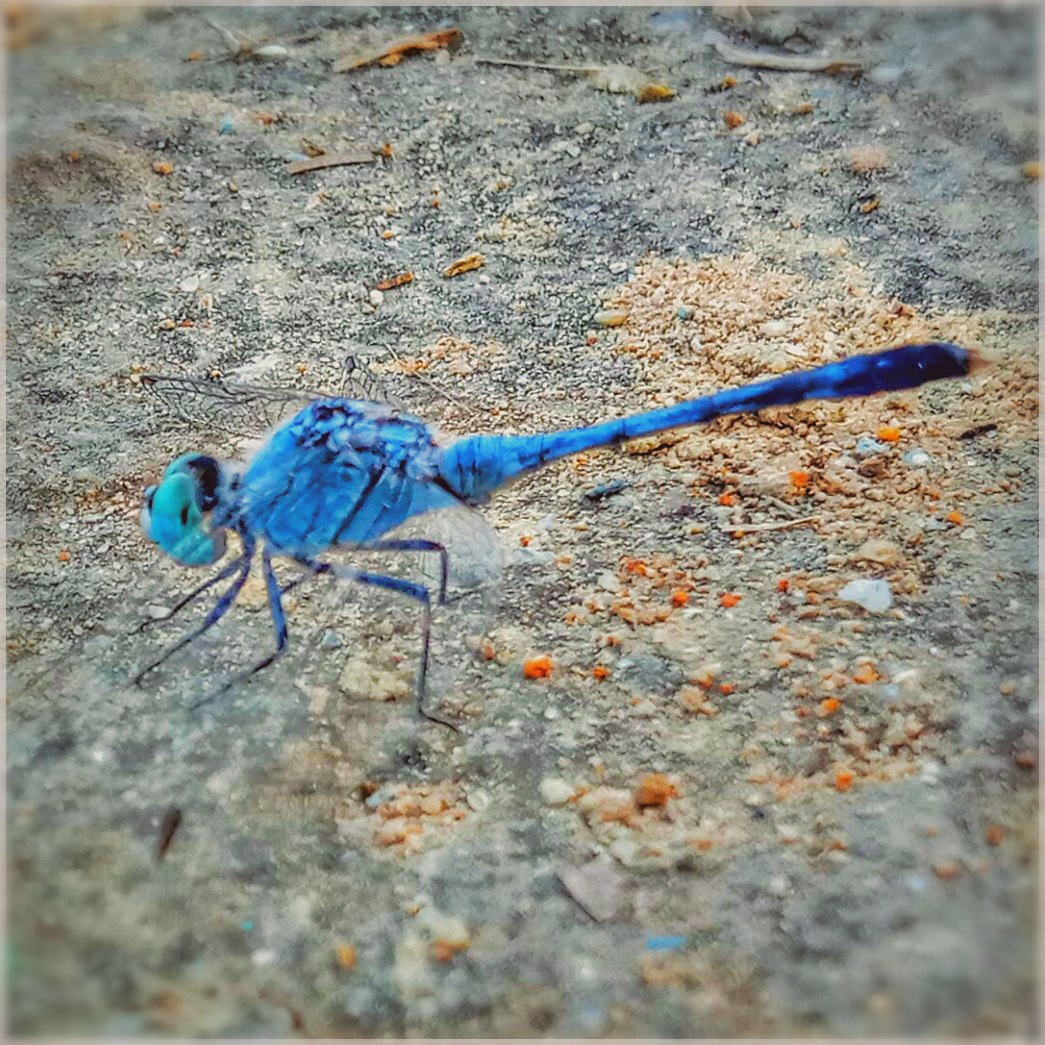 With an agile body design, with a great way of swooping and tricking victims, and with proper monitoring techniques, the dragonfly always gets what it wants in the open, it is very good and very professional at it.

The advantage will continue to be on his side, with the support of cutting tools in the mouth and strong jaw support, as well as sharp eyesight, it can be said as an amazing creature of God. 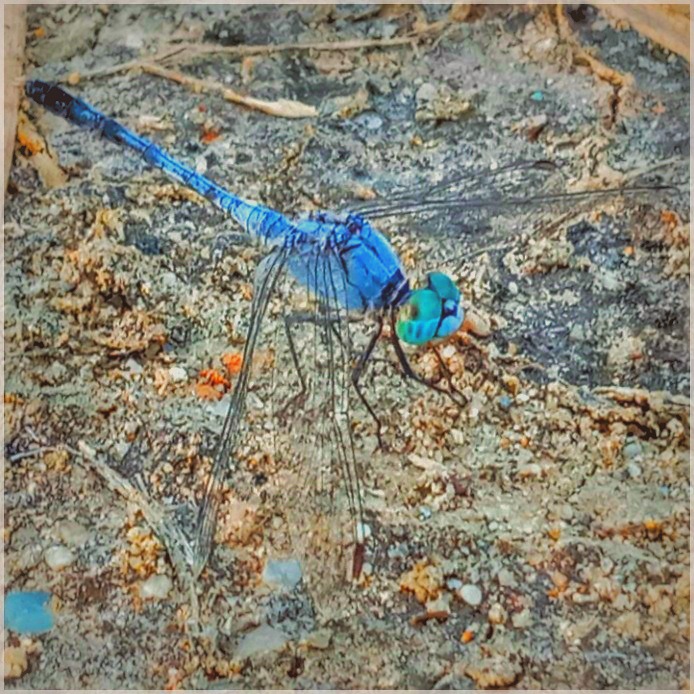 So based on his background and character, which has been seen so far, I can conclude.

1. The dragonfly has a body and other parts, with a great design, both from an artistic point of view or from a body advantage or suitability point of view
2. Dragonflies have clever or genius instincts in tracking and predicting the location of success in crippling opponents
3. Dragonflies have fast flight power and are very agile to maneuver, of course relying on their wings which have strong wing muscles
4. and, there are still many advantages contained in it.

However, the of each creature certainly has its own shortcomings, so with dragonflies, and I think, if the dragonfly does not have wings, then the story I have mentioned will be reversed, it will become a weak creature that is often hunted by other predators So what if he is faced with a predator?

The story will be explained in the next opportunity, thank your for reading it, I hopefully you like it