It's hard too, when looking for a scientific name for this one species, of course it will take a little long time. This is influenced by every species possessed, it turns out they have a variety of types. The types are vary, meaning not one, if viewed from the color it has, it will think they are just one type, but if you see the motive on the outer skin (wings) the top, there will definitely be a difference with each other, even though they are still in the same order. 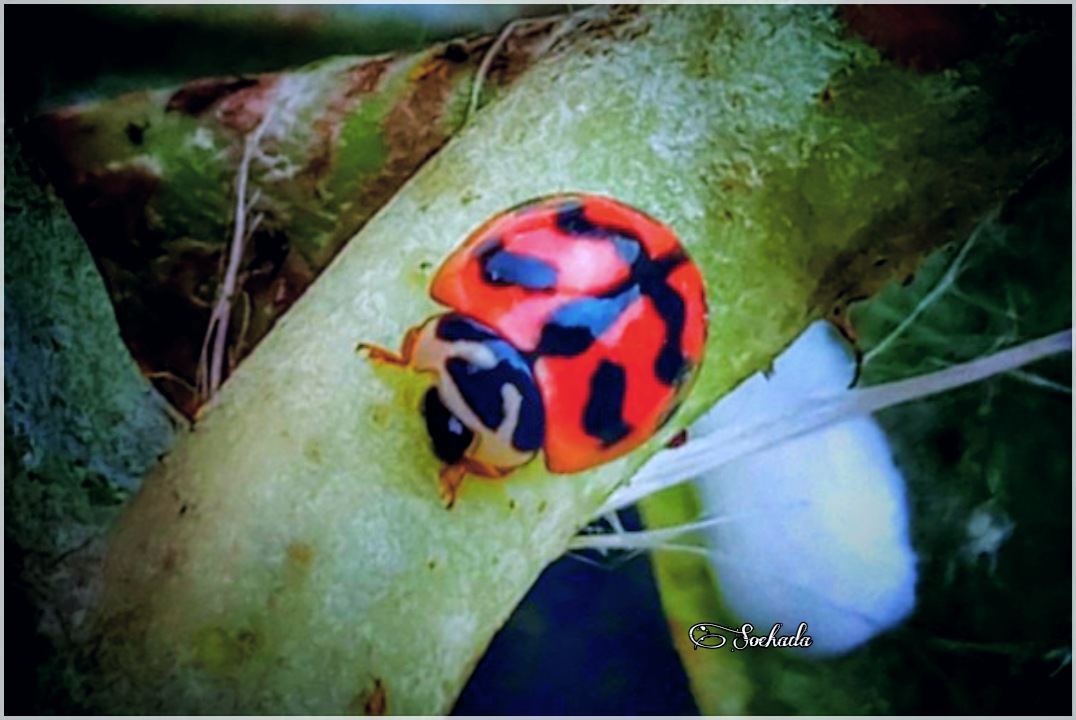 In the past, before I joined the team engaged in environmental research, I still thought they were only one species, at that time only differentiated between visible colors. However, after getting the job, I thought differently about them, and my teammates also found them to be of a different type even though they were still in the same Order.

One of the environmental researchers, he is our senior (sorry not to mention his name, because I did not ask permission), he said in his journal, in this universe there are about 5000 different species of lady bugs, they are scattered everywhere. Except on the continent of Antarctica, this is influenced by its character in adapting. The population is in numbers, which reaches 5,000 species, and there are many other species whose characters have not been detected. He added, besides being known as a lady bug, it is also known as a lady beetle or other ladybugs. This type always looks elegant, whatever the color, because it has a variety of patterns and shapes that are seen today.

The pattern-like beauty that already belongs to her makes each of us chuckle in awe of her, why?

Because each view of the upper wing there are different patterns, such as;

1. Zigzag black line
2. Horizontal and vertical straight lines
3. Not striped but in the form of small balls
4. The opposite line
5. The lines are in the form of various lessons that are often adopted by every artist
6. and, hundreds of other patterns, different patterns on each element

Uniquely, if there are different types, then the shape of the pattern or line is different, whether it is transverse or not. Talking about the pattern alone can leave you speechless in determining clear info from an accurate source.

Not to mention the colors that each of each type has, both yellow, red, and several other similar colors that I can't name, because I'm not a color expert.

However, once I have an illustration, about them, what is it?

About a size that has been in his possession, of course you already understand each of their body sizes, of course in general it is said that, they are beetles that have a very mini size. Although there are still beetle species and other insect species that trigger a smaller size than it.

Although they usually have a small body stature, but I am very interested in the colors and patterns that have been present in each of the upper wings. The color is very beautiful when black combined with red or other, is a great innovation from the creator.

So that anyone who sees it up close will be impressed, because the color looks unique and elegant. I took a lot of pictures, I will choose some photos that I think have beautiful colors, maybe you will also think the same as me. Let's take a good look at the image below. Here are some pictures that I have selected. 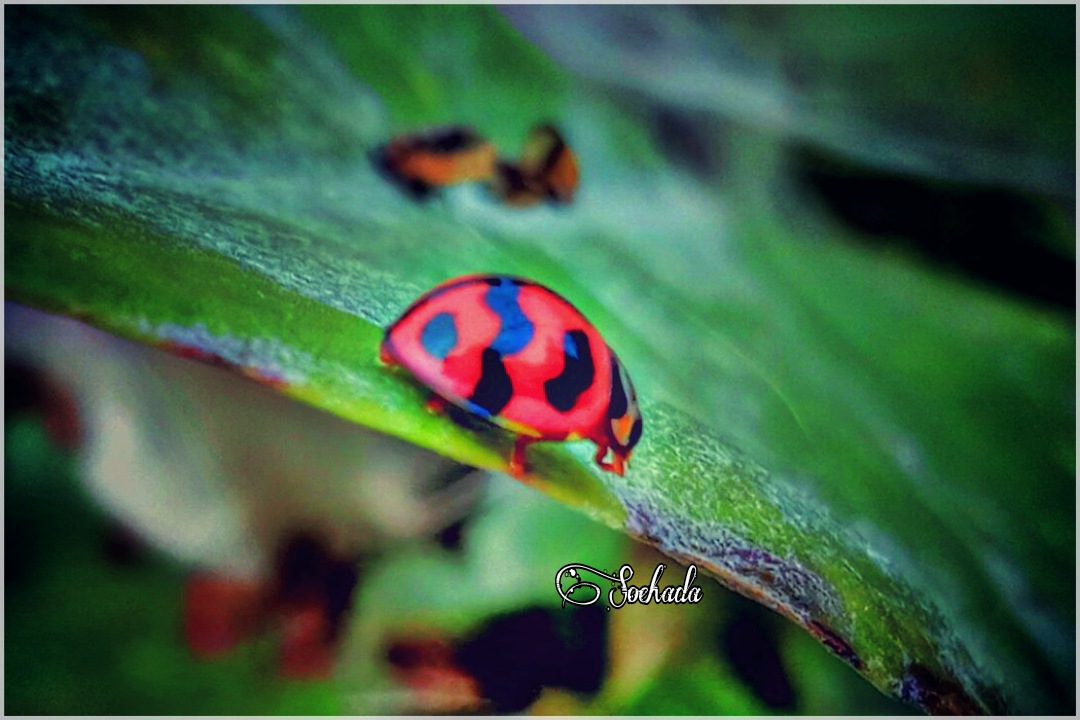 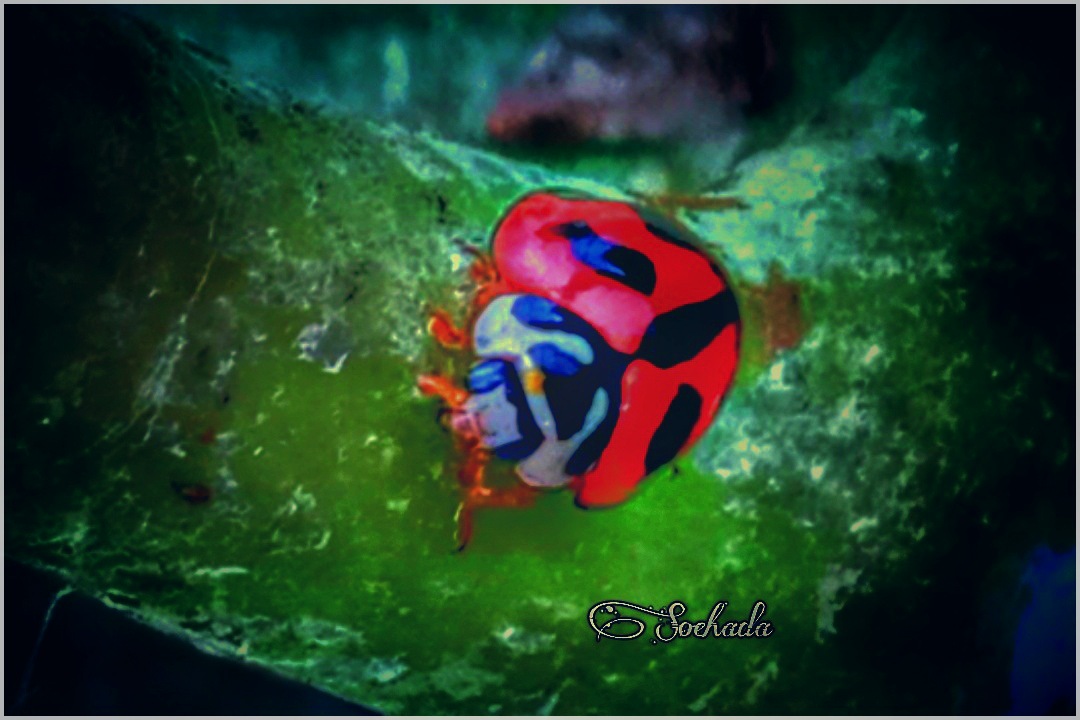 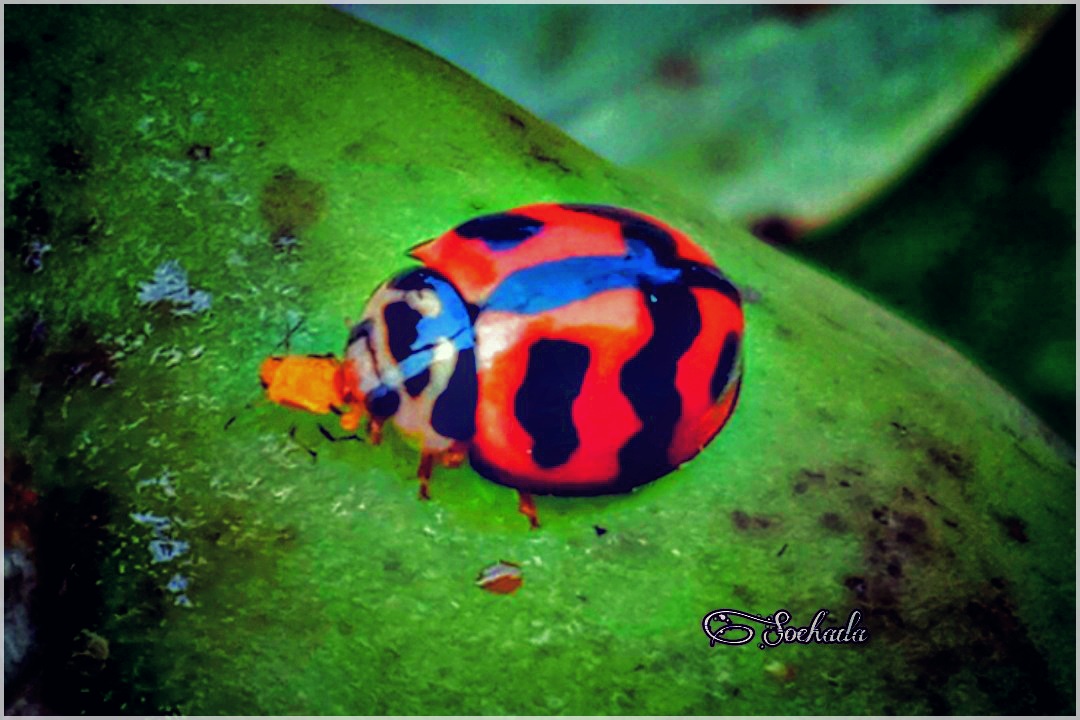 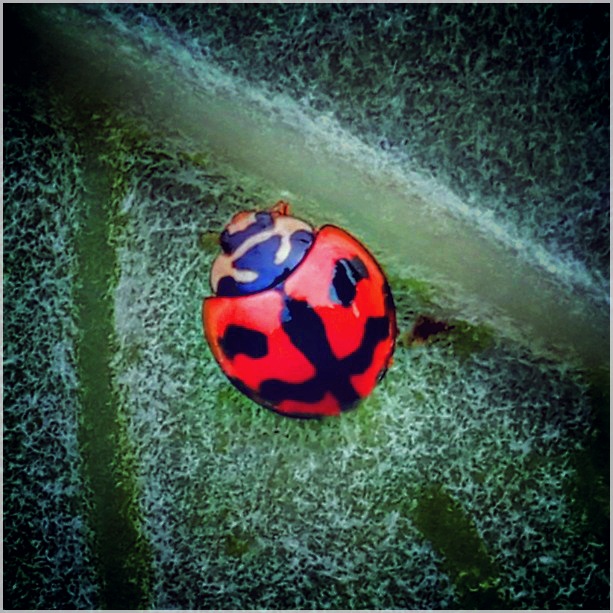 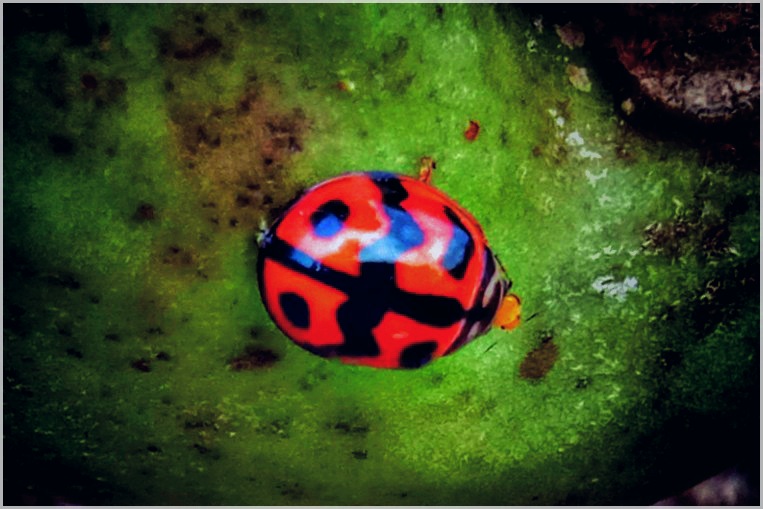 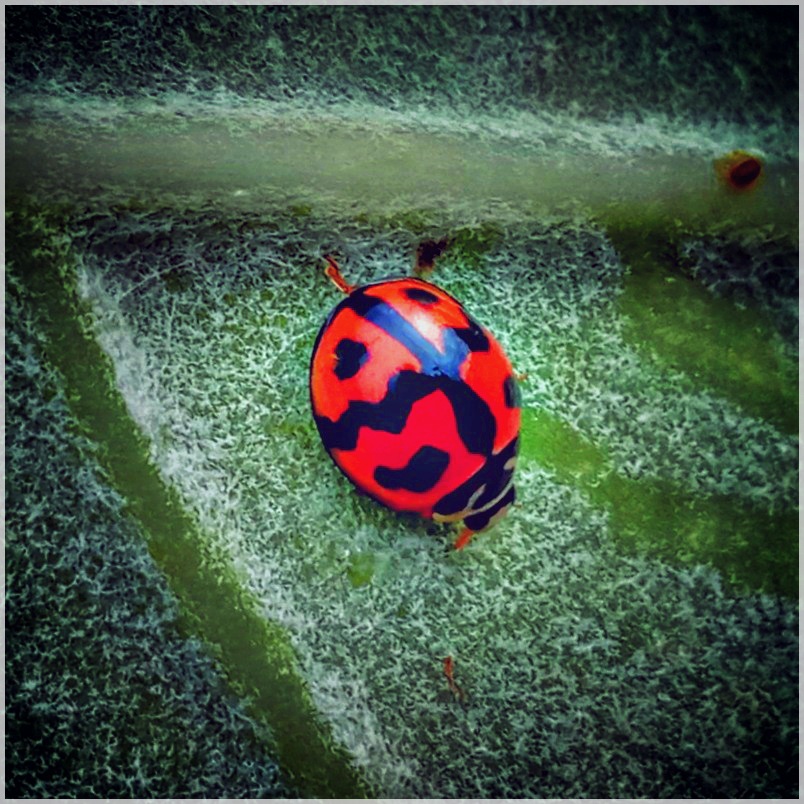 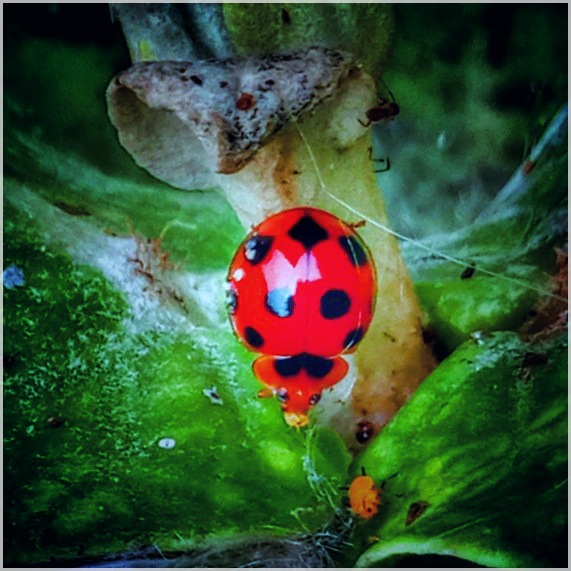 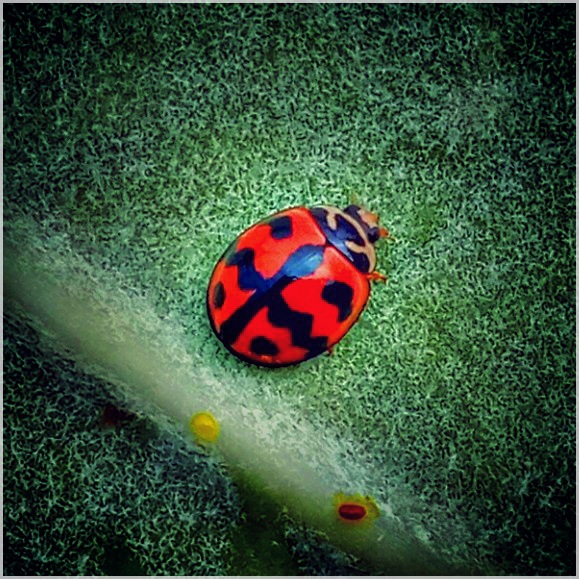 The photos that you see from start to finish, were deliberately taken in several different locations, but not too far from one location to the main location. However, no ladybugs or other leaf-eating insects were seen in the group, any different ladybugs always drifted away from this group of beautiful ladybirds. Do you know why other ladybugs (plant pests) always stay away from them? This is due to the influence of its predatory nature which often stalks and preys on other small insects. Sometimes ladybugs themselves also often prey on each other from each of the same Order. This also has a reason, namely in controlling an area.

When the hobby is hunting other ladybugs (pests), the farmers also hope that they are in this area, so that every intruder who often destroys every plant will disappear.