Extreme garage repair, or fun with a Hammer, LOL!

@smithlabs 68
about 2 months ago
Photography

My Son bought a house that needed a little work. We repaired the roof and foundation of the house already, and moved on to the garage.

We found three good walls, but one had earth contact on the outside of the wall. It was destroyed by termites, but the rest of the structure was still sound.

My Son asked me to help save it, before it caved in entirely. First we checked for more termites, and found none; they had decided to move somewhere else. Then we built a temporary support wall, and raised the roof to original height.

This takes up from that point: We first removed the siding, to begin the demolition, and we had this to work on.

The top plate was in bad shape: 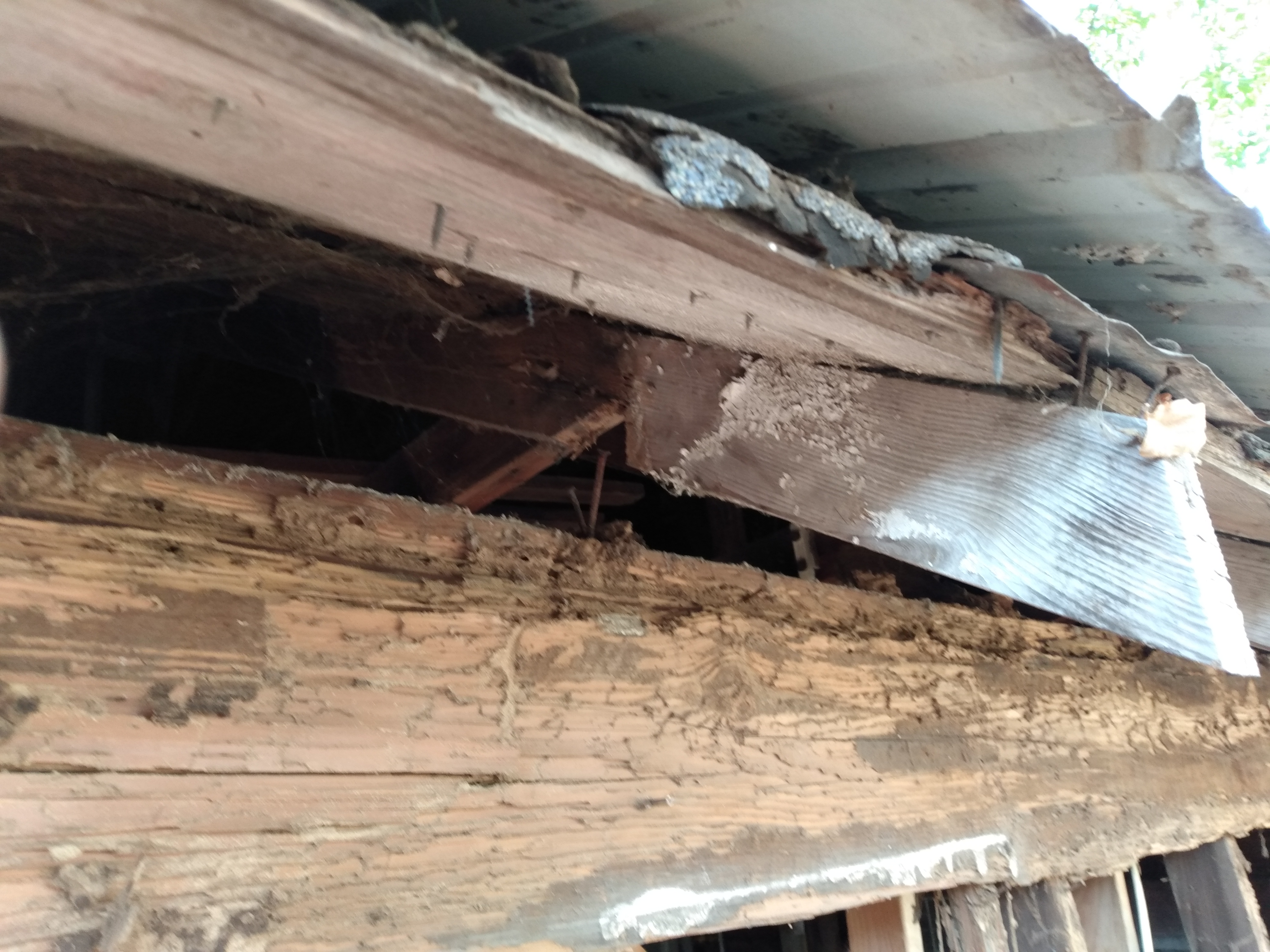 This will be replaced by the new framework. The damage was minor on the roof structure, limited to a little birds mouth damage we can repair with a stud alongside. I have heard this called a daughter board and a sister board, but the resulting structure is strong; so it doesn't really matter what it's called I guess.

Notice we lifted the roof entirely away from the existing wall: 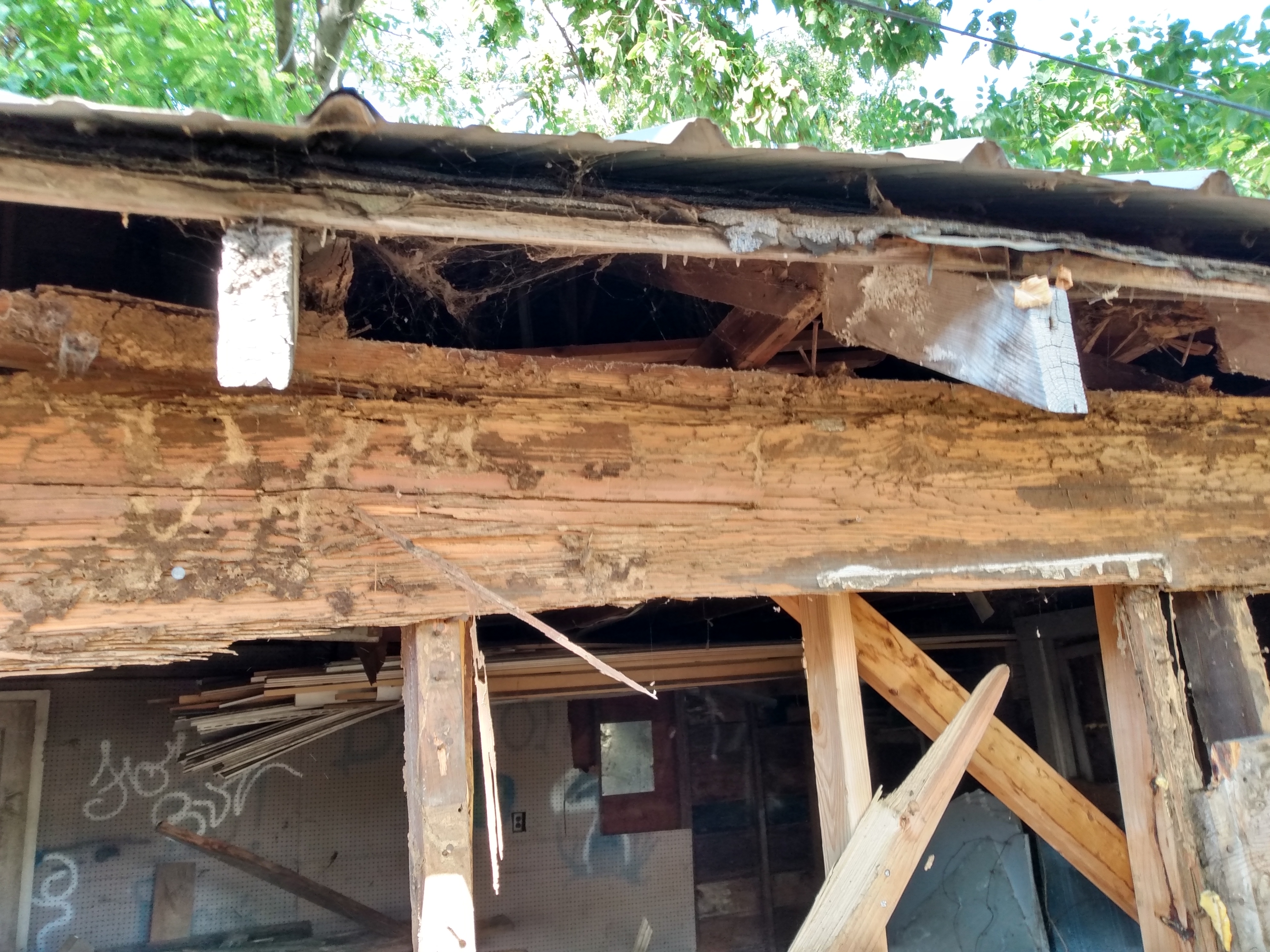 We will have to raise it above level to place the new wall properly, but we can use the existing temporary support wall for this lift.

This is what it looked like after the demolition was done: 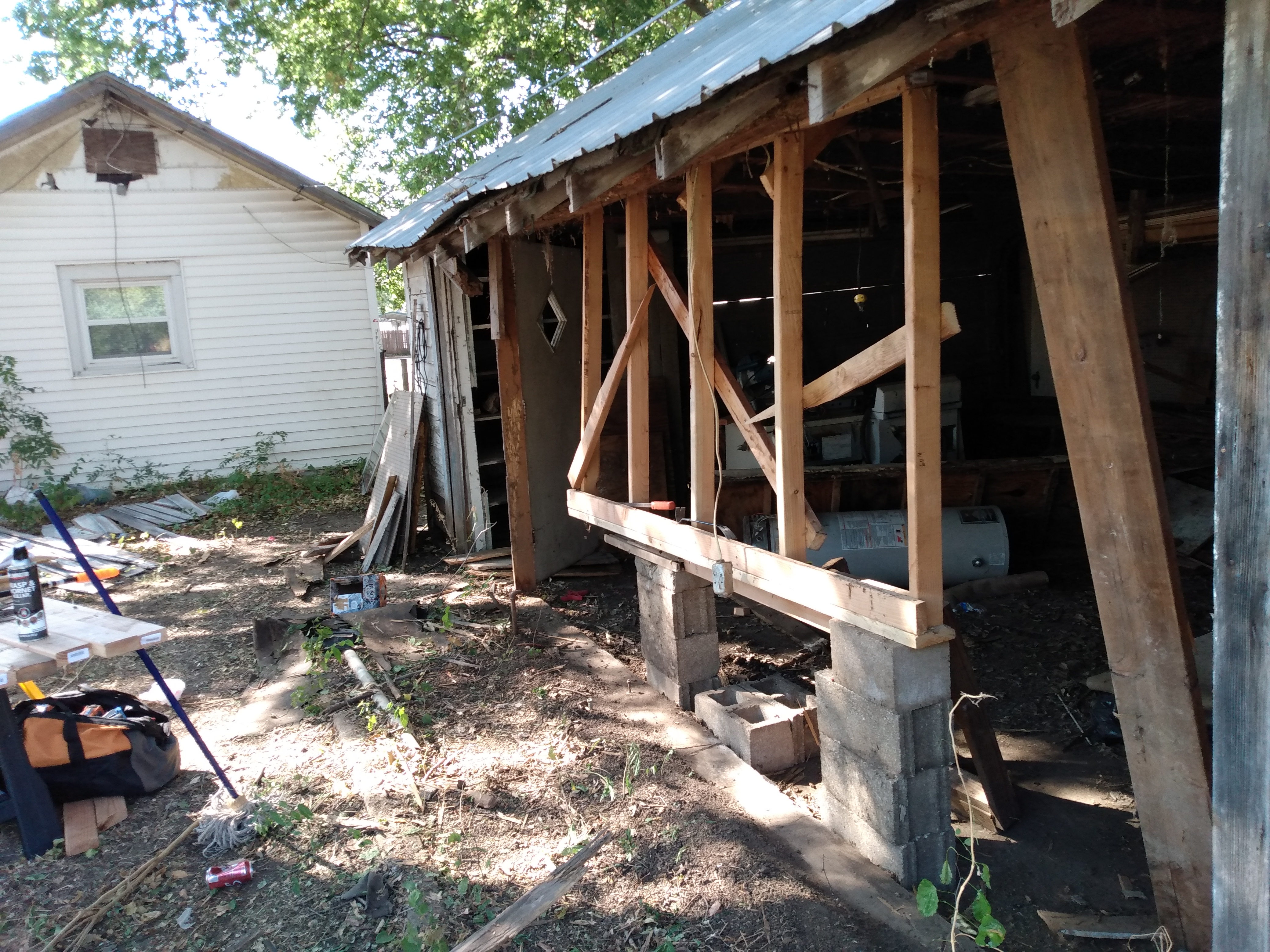 It was a messy business, but it looked good when we finished.

It is Very important to tie the temporary support wall directly into the roof truss system: 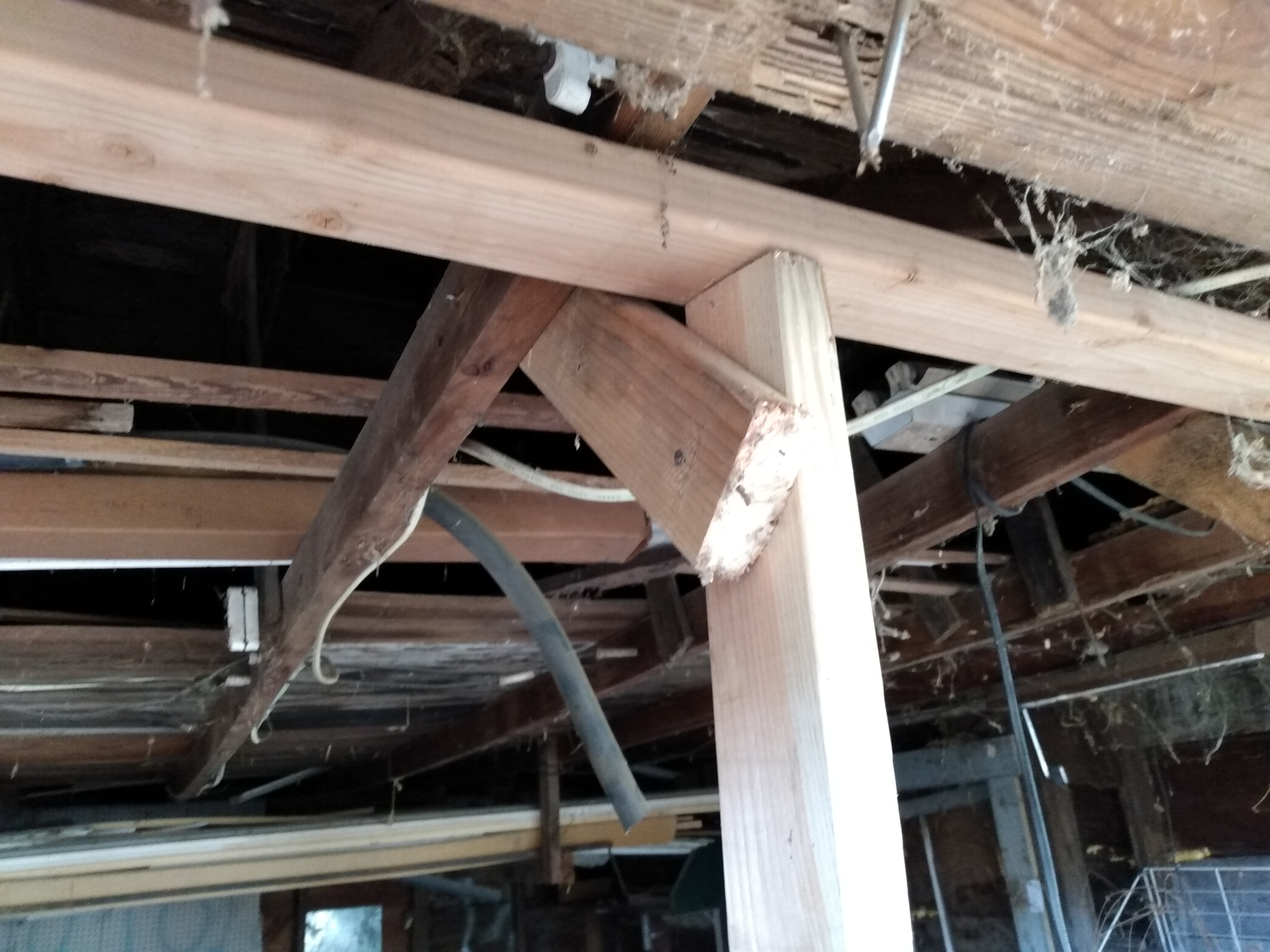 Always remember to diagonally brace this joint, so it won't fold up under load!

Outside view of additional bracing: 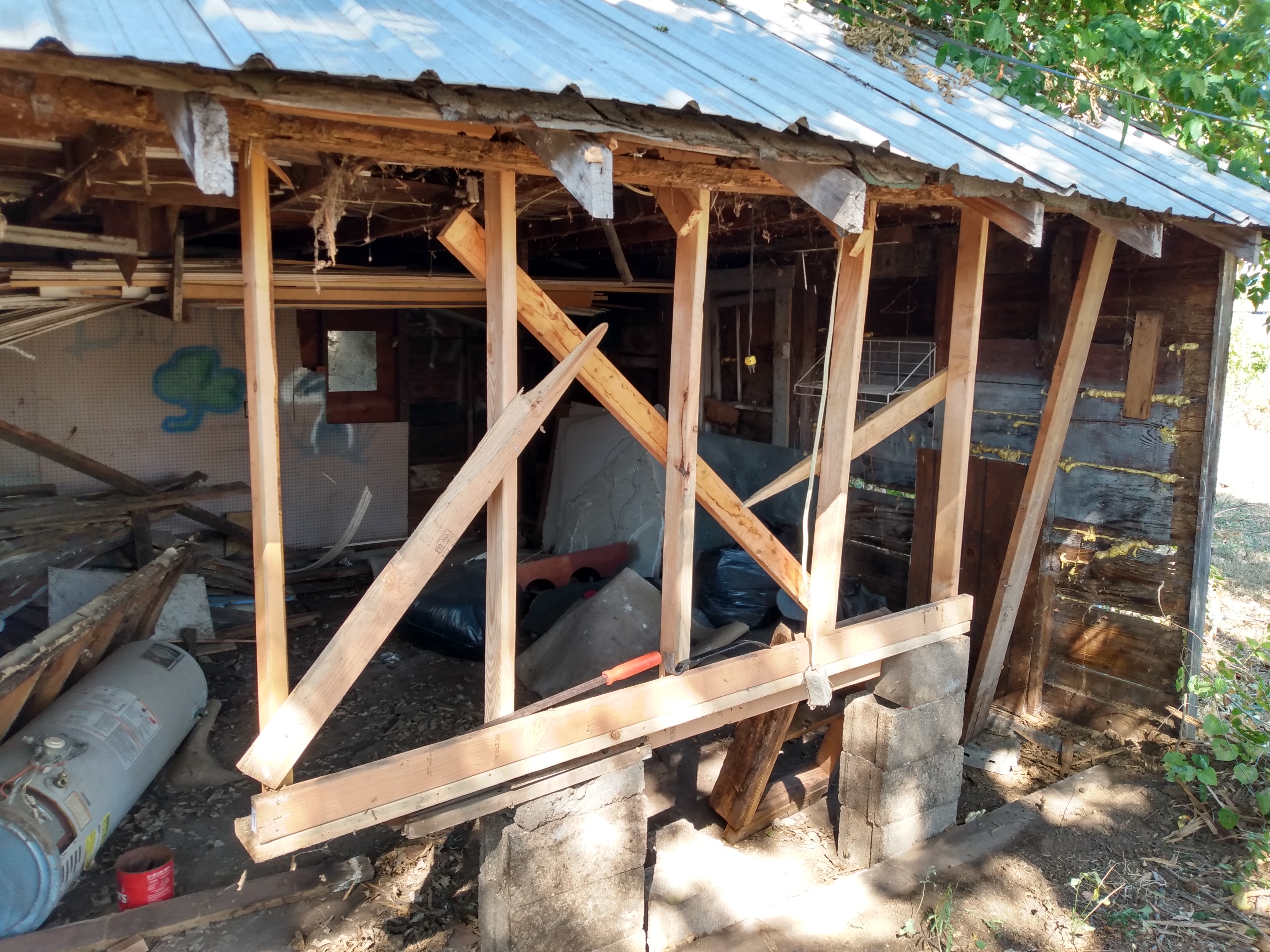 Don't forget to brace Both ways, because collapsing either way is dangerous!

Of course, I had the best possible crew: Lots of Moral support, as long as I avoided her leash, LOL! The gap in the studs is where the window will mount. 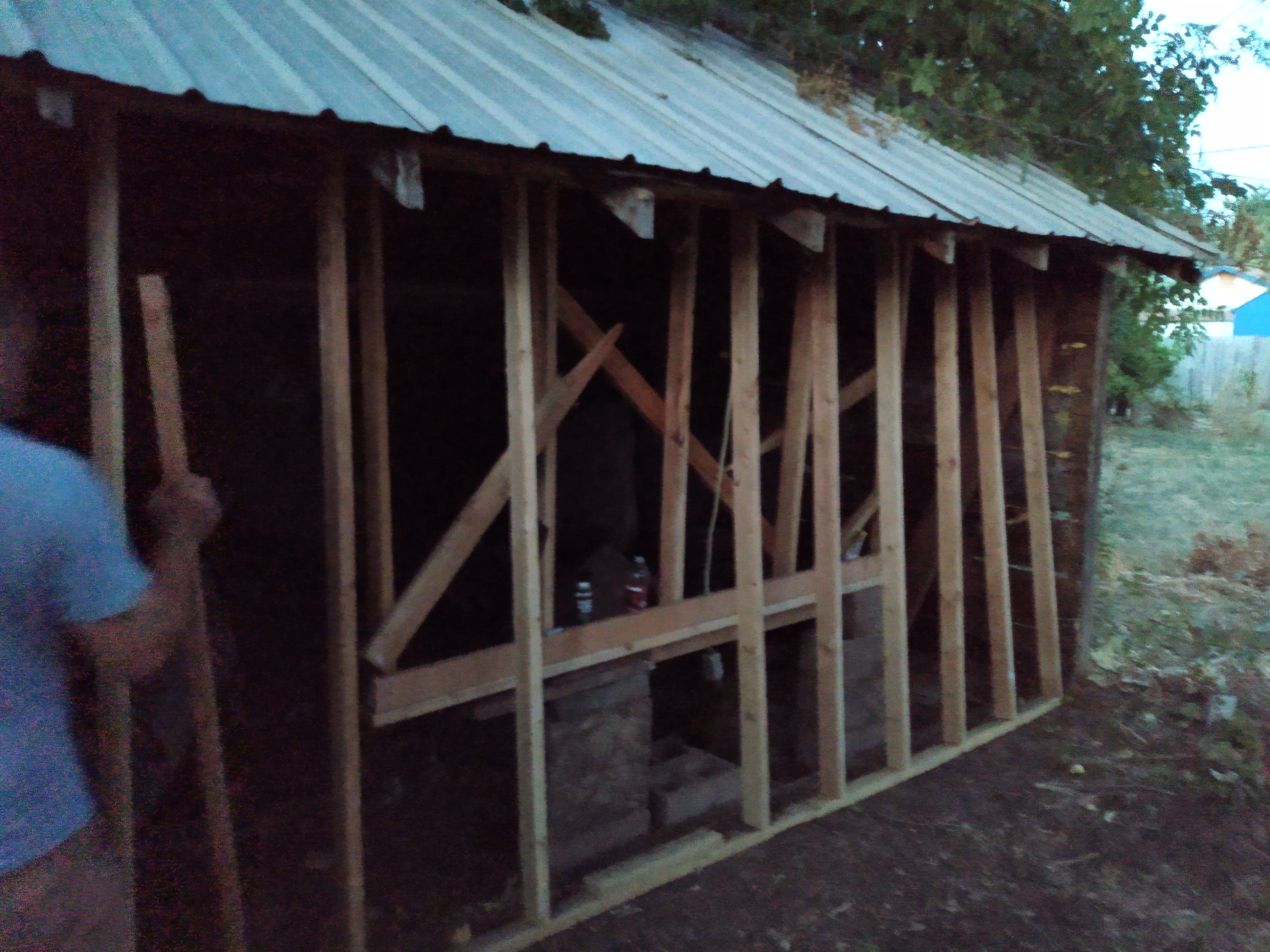 We will go back to set this wall, as we were loosing light. Heavy work, when one can't see; is dangerous. Besides Petunia was tired from all her hard work....