ENGLISH
A new year has begun, a new hope for humanity in general, a cycle that could bring many good things, let's hope so. Already the pandemic has spread more than expected, it is two continuous years of confinement, and we are beginning the third. This has implied changes in many aspects of human activity, new ways of relating to each other, of educating the younger generations, of working; but the most important thing of all is that despite these new circumstances and processes, we do not lose sight of our essence as individuals and as a people. And it is precisely in that perspective of staying true to our roots, our culture and identity, and not denying them or who we are, that I bring you the 37th installment of the "Five Wise Venezuelan Sayings", a series that I have published regularly since August 2020, and whose structure is the exposition and analysis of five Venezuelan sayings, (which can also be of universal character).
Sometimes I wonder, what is the importance of sayings? Well, they are important from different points of view; for example, at the cultural level, they constitute valuable indicators of the thinking and ideas of a people, reflecting what that human conglomerate thinks at a specific moment in history; in this sense there may be sayings that are perishable, but others that are timeless, it all depends on the evolution of society itself. We can also say that they have an educational relevance, and this is, because being such short but accurate sentences, you can transmit in a simple but effective way, a value or a principle that is socially accepted. Due to the above, I consider its conservation and dissemination essential and that is precisely what I have been doing with this series, of which you can consult its 36 previous issues in the links that I share at the end of this post.

This is a widely used saying in Venezuela, it is very common, and what it wants to point out is that, no matter how much a person wants to appear to be decent, educated and educated, if he is not because of lack of principles, or just has some training that is very superficial, his lack of education, elegance, values and good manners will always be noticed; hence it resorts to an image to such a graphic simile as an ape in a silk suit, he will never cease to be an ape even if his attire is fine. In this way, no matter how much an individual tries to appear, it will always be seen how marginal he is; so it is a very applicable saying in all areas, both in the real world and in the virtual world, where there are many people who want to show class and do not have a shred of it and look downright ridiculous. A very current saying.

In coastal towns, where shellfish are fished, generally a nasa is used, which is an artisanal contraption made as a conical or rectangular basket. This is submerged in the water, a bait is placed in it and left for a day or two, then it is returned to the boat, to extract it from the sea and take out the crabs, lobsters or any other shellfish that has been trapped and put them in a thick burlap sack. Sometimes, with the movement of the waves, the sack falls into the sea and then both the sack and its contents are lost, which is why it is necessary to tie it to the boat. Therefore, when this saying is used, it means that something wrong was done or a great carelessness was made, which implied an irreparable loss that will be difficult to recover. It is a fatalistic and pessimistic saying, but very true.

3) “The donkey carries the load on its back, the ant on its head, the one who does not carry the load does not seem to be heavy.”

Undoubtedly a very long saying, hahaha, but very true, since it refers to who only the one who lives the circumstances and assumes the responsibilities of a certain situation, is the one who really knows how difficult or complicated these can be. It is a saying similar to the one that says "Everyone knows the leaks in their house" , therefore, before criticizing others, we must think that we do not know all the details of the existence of others.

This saying is also extensive but VERY ACCURATE, and it is that people who are light with their tongue, slandering others and inventing untrue stories, may forget what they said or did at a certain moment, but something is certain, that who was the object of his disdain and his lie will never forget it, and life itself will also take charge of collecting this offense from the slanderer. Nobody leaves this life without paying for their mistakes and faults, that is 100% guaranteed.

5) “He who treads on level ground will never stumble. ”

It is a saying that expresses that a person who is of good conduct, correct in his life and in his affairs, will hardly go wrong and will fall, because he will always walk on a flat road, free of obstacles, and if they come to him, you will be able to bypass them. It is also a very true saying.

In the event that it is required to use the content or images of this post and my other publications, I would be grateful if my authorship (Fabiola Martínez) was made and the corresponding link was cited. Thank you. 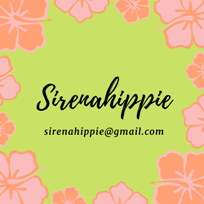 Congratulations @sirenahippie! You have completed the following achievement on the Hive blockchain and have been rewarded with new badge(s):