We have spoken about it before and now I'm just gonna make it official! Khal needs an updated background for his zooms and the AMAs.

This is your chance to create something cool and have a shot at winning LEO! 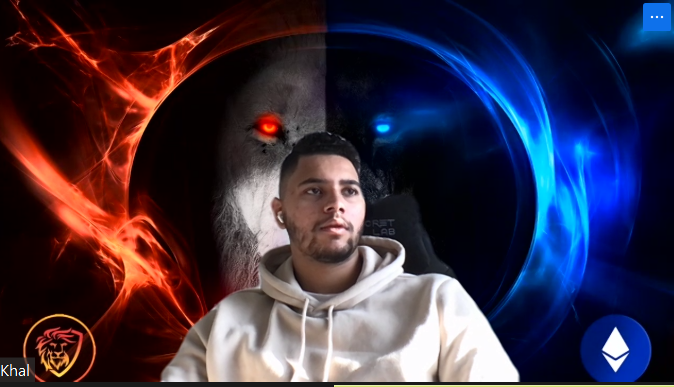 Originally Khal was putting up 200 LEO for the Winner. However, some of the whales decided to up the ante and match him!

Contributing LEO for the contest:

Rules for the contest:

Create literally anything you want that you think Khal would like, however here are some suggestions:

Include the LEO, PolyCub and CUB logo or some kind of overall graphics that people will recognize. The point is to represent the leo brand.

Anyone can enter but there is a maximum of two entries per person.

Drop your entry in the comments!

Here is the polycub logo for those that do not have it:

You can also find leo media items in the leo-media-kit discord channel: https://discord.gg/trkSRbrUQC

Though people's feedback in the comments will be taken into account, in the end Khal has final say on winner as he's the one that will be using the background.

Winner will be picked live on the AMA next Tuesday December 28th!

You have a week to put out your best graphic, let's do it lions!!!

There are no set requirements on what logos to include, you can do whatever you think looks cool and represents the brand on a whole.

@ScaredyCatGuide this is the most epic contest I've seen on LeoFinance!

I'm glad I was able to jump in and I cant wait to see what our community comes up with!! #LEO #KhalNeedsANewBackGround

Looking forward to seeing what the community comes up with!

awesome contest. I'm sure there will be some amazing designs. Might put one of my own now that I'm a meme expert.

@malopie could you create something for two? :) I promise I won't tell anyone :)

That's good. How can I participate

read the post, it literally tells you how to participate

Create a design and post it here in the comments.

Cool contest, let's spice the entire Leo Finance community and bring some creativity to the space!!!

@scaredycatguide
Good 👍
I’ll suggestion to my friend @didivelikova to try help you out with your logo.
I can dare to say:

She have an eye to details.

Thank you so much @iliyan90 for tagging me. Great contest, I just posted my suggestion. Hope you like it.

Hey @didivelikova, here is a little bit of BEER from @iliyan90 for you. Enjoy it!

Nice contest, I will try something out and you never can tell

Nice I love this.. thanks for sharing I am certainly doing this..

Seems like a came back in the right moment ;) Thank you for your entry, good luck

Do you have a high res Leo logo please ? I con't find anything else than the one on HiveEngine and there's written STEEMLEO on it :') !PIZZA 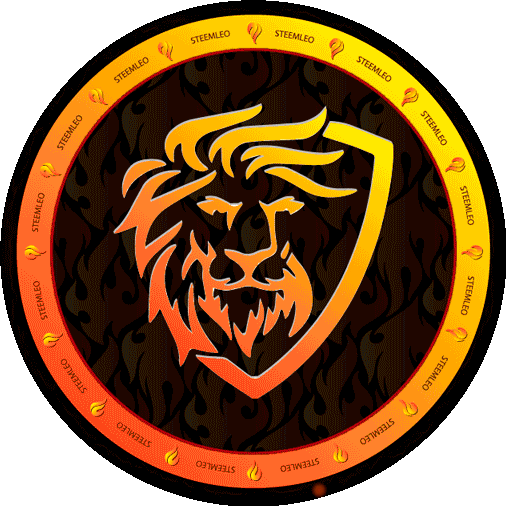 Go to the media-kit room in the discord channel, that is the only place I know of.

Thank you ! I didn't know about this place and they will definitely help me !!! !PIZZA 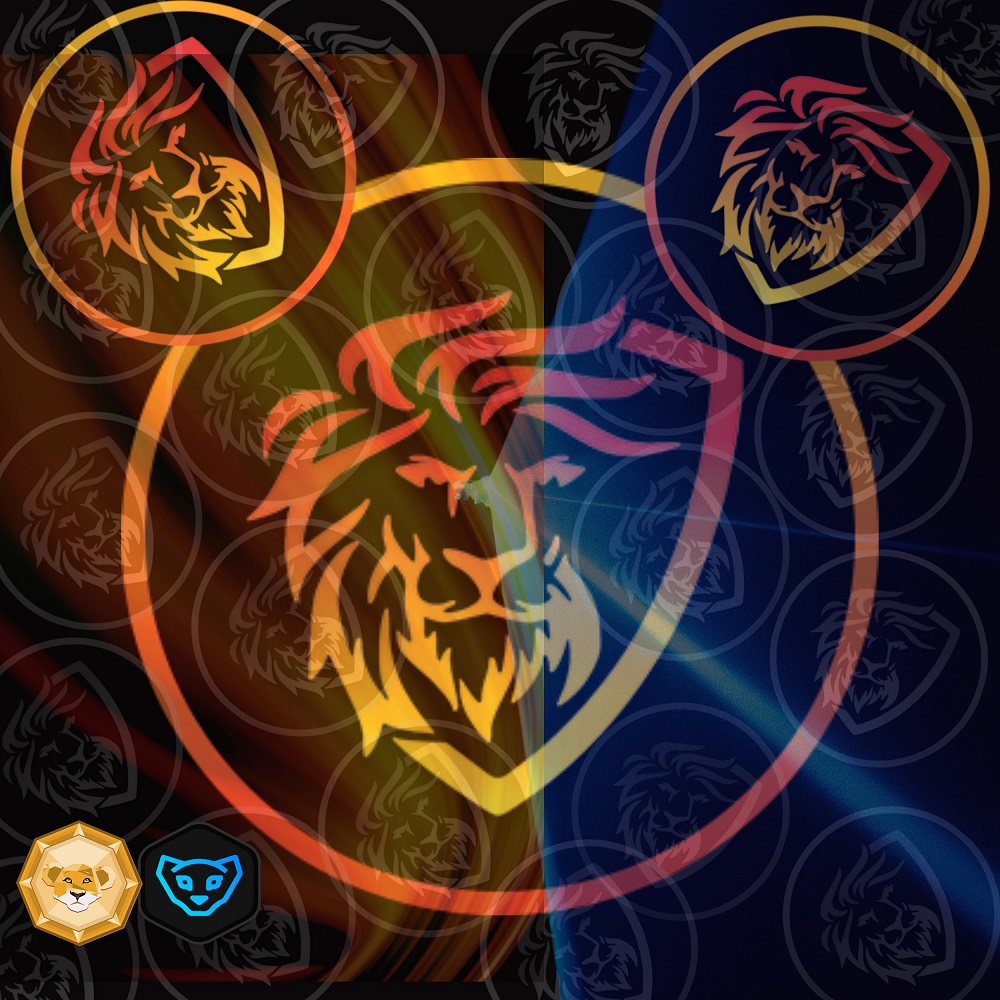 Cool, thanks for your entry. Good luck! 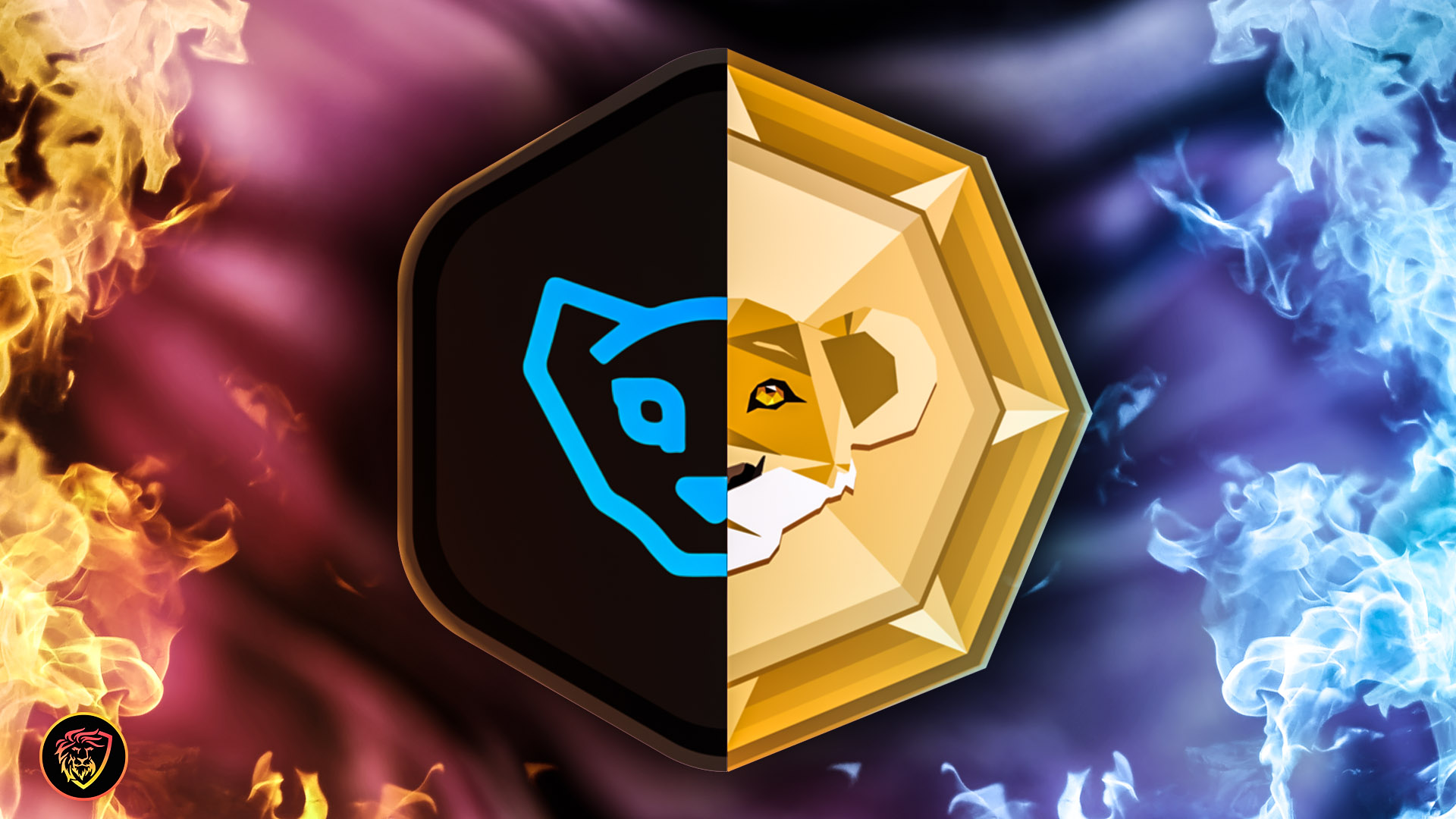 This one is just for bonus : 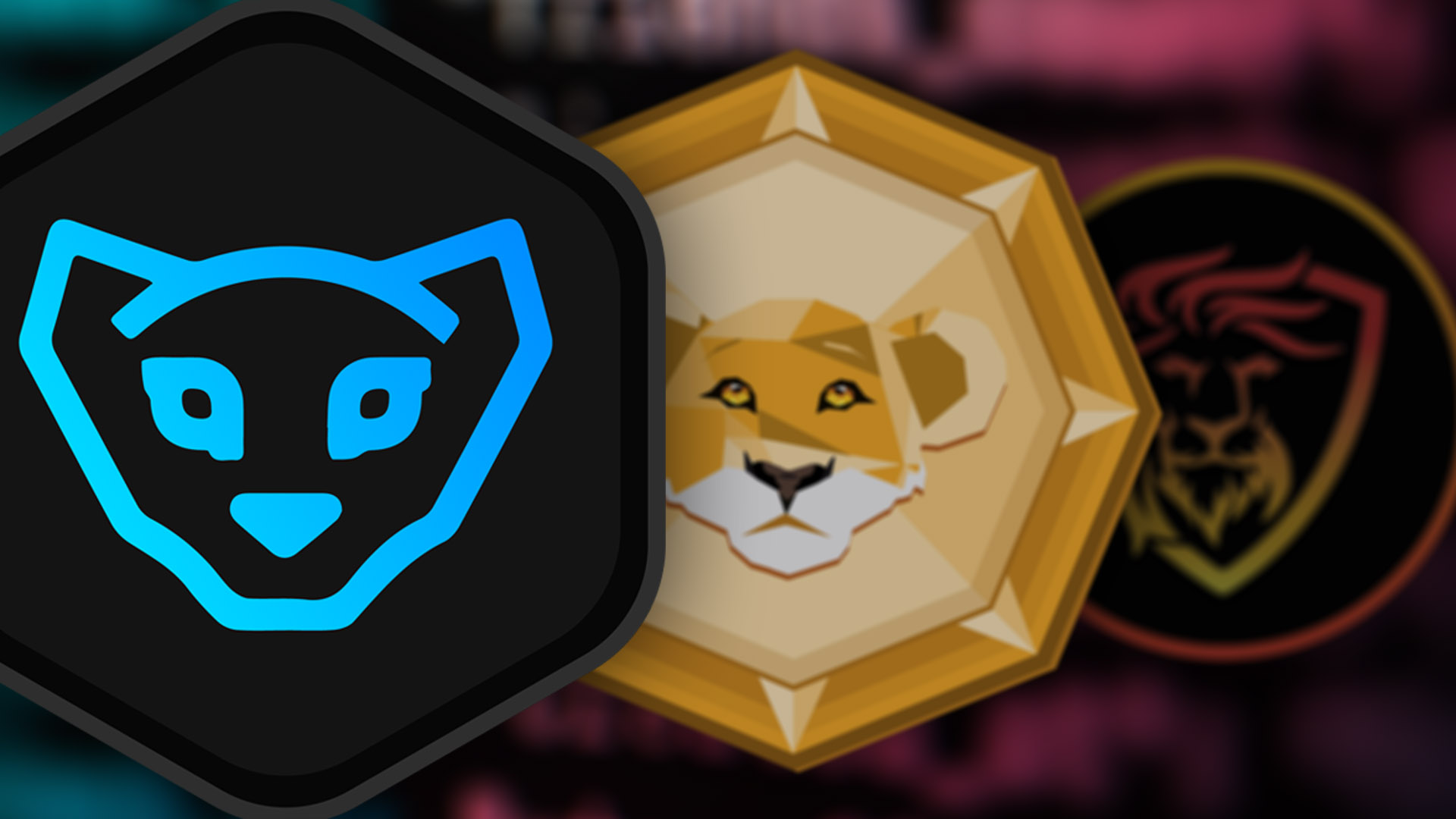 I hope one of them would be chosen ;) !PIZZA

Awesome, thanks for your entry. Good Luck!

I'm feeling the heat on this one!

Yeah, i‘s time to change that dark background to something more friendly and especially more cublike since the Leos are about to conceive a second cub soon, right?! Good idea making it a contest @scaredycatguide 👍🏽 So right after the AMA i went on a hunt for some LEO brand footage, threw it on a few layers, started playing around with it and today … Tadaa! I‘m presenting to you my #Khalneedsanewbackground V1 for the contest including a (not quite so serious) title suggestion: You probably have the winner here !

I love this one!

And again … Tadaa! Here‘s my #Khalneedsanewbackground V2 for the contest. This one‘s a bit more open spacy and less polycub centric: I like this one, he's nice and safe between those 2 Cubs :) This is definitely in the right direction! 🙌

My first entry…
Here are my first try, the theme is If you start on Leofinance you can go anywhere you want from here. Tying in the theme of knowledge, financial literacy, using it for financial freedom and being able to get to other ecosystems via Leobridge. Second entry,
Still working this theme: Leofinance you can go anywhere you want from here. Tying in the theme of knowledge, financial literacy, using it for financial freedom and being able to get to other ecosystems via Leobridge. Here is my entry for the contest:
https://leofinance.io/@behiver/leo-finance-ama-background-lion-hunting-crypto-or-scaredycatguide-contest

Cool! Good luck thanks for your entry!

Well for the intro you can use this :

and let me make you some background

Going to have x2 backrounds
For any modify in the Graphics let me know. whoa, these are really great !

Awesome, thanks for your entry. Good Luck!

I just did this one today, I guess it looks good. Hii, here is my entry to the contest.

Can tweak the details on request. 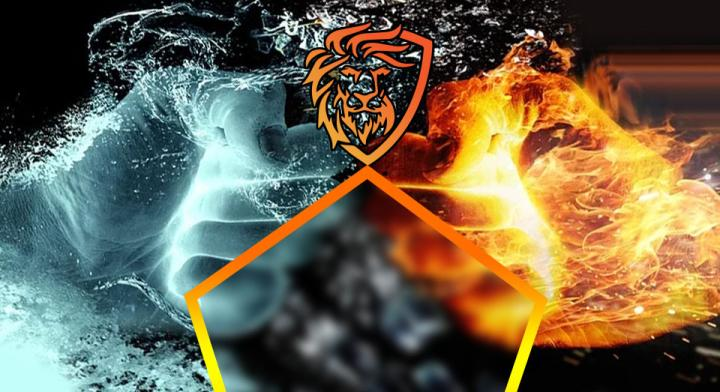 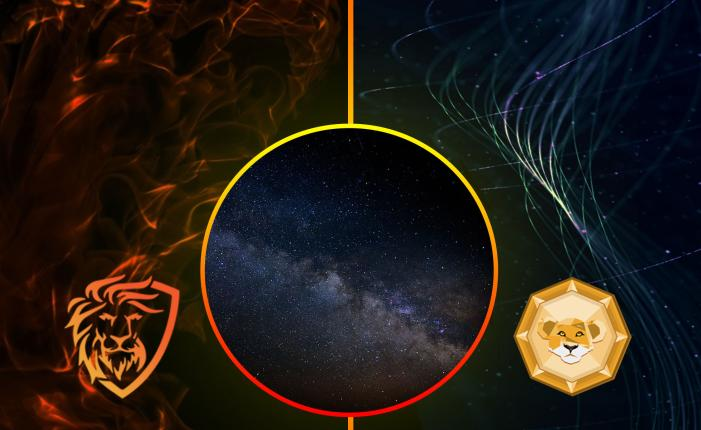 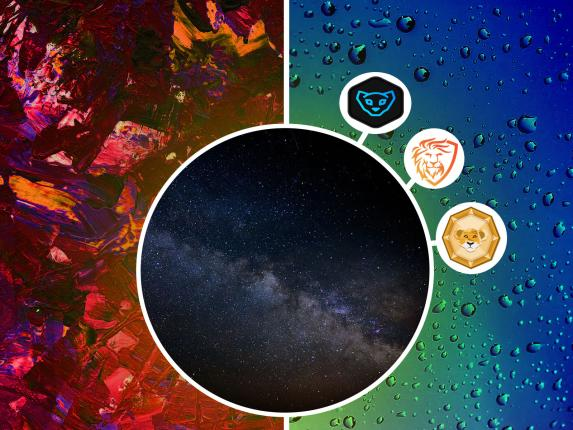 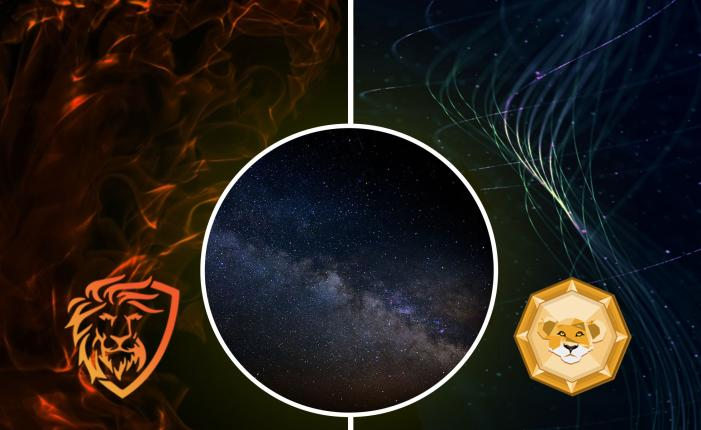 That is more than two, but thank you awesome entries. Good Luck!

And one more option from me 😊 Awesome, thanks for your entries. Good Luck!

Congratulations on the win! After me, Neal and Khal narrowed it down to three entrants the audience on the AMA voted yours the winner!

Awesomeee, you guys are awesome! Thank you so much, I can do adjustments if needed just let me know.

THANK YOU AGAIN and THANK YOU @iliyan90 for letting me know for this contest. Namaste 🙏

If you have any future thoughts about something don’t hesitate to ask her again.
I think she have a good eye over things.

Yes, actually Khal mentioned the adjustments he wanted too it. Mainly changing what logos are on the left side. Are you in the leo discord, that will be easiest way to communicate.

Here is a link to the server: https://discord.gg/BurMx7A

Tag me and/or Khal in general chat.

🥂 Congrats for the win 🥂