I am not Brewing Beer anymore - Cryptobrewmaster

I started to play the Cryptobrewmaster game to earn CBM tokens and convert them to Hive. It was an easy way to earn Hive for me and I did not think about anything else. The game developers kept on saying that this game is not an investment and players should have fun with it.

They made many changes in the last couple of months and the game looks much different now. The latest addition is the inclusion of new beer types and the introduction of the marketplace. 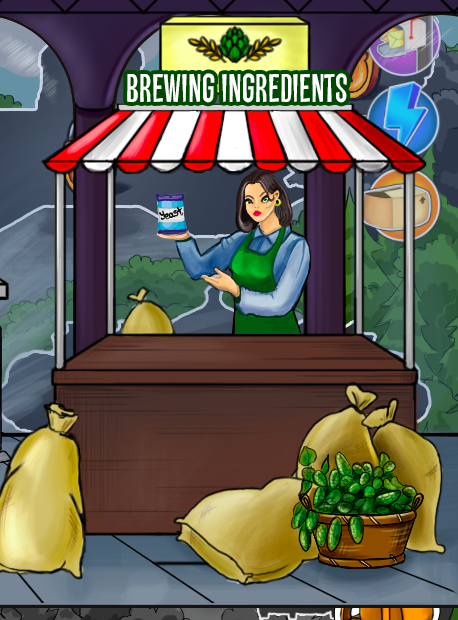 I have been regularly playing the game for almost three months now. Before the developers made changes to their rule, I had 921 CBM tokens. I was rushing to cash out the CBM but then the game reduced the price of various beers significantly.

Following the rule, I tried to participate in events organized within the game and strived to earn rewards. For your information, that path is not as sustainable. My token reserve reduced to 865 from 921 CBM without winning any rewards. Plus, you have to drink BEER to recharge yourself.

Once that happened, I changed my strategy to collect NORMAL brewing materials and brew NORMAL beer and sell them to the pub. It was painfully slow and time consuming.

Then, the MARKET happened in the game

I found a lifeline in the game once the MARKETPLACE is introduced. 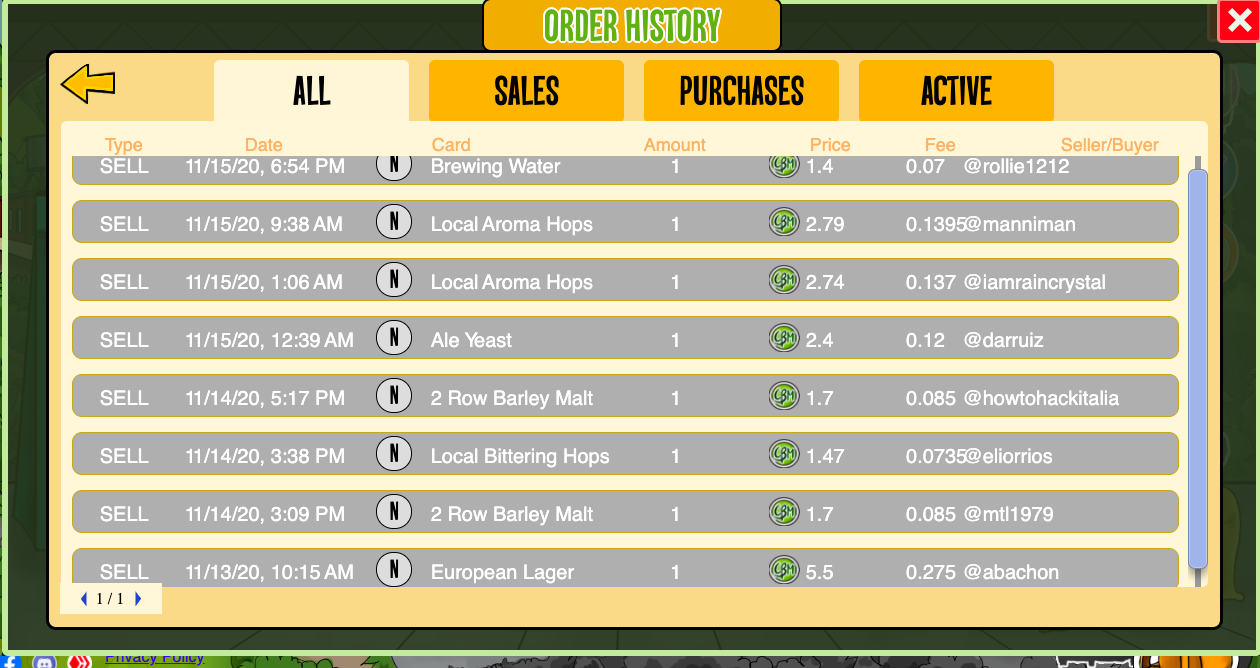 It means, there are multiple pathways to play the game and players can choose what they prefer to do with the game. For me, I have been collecting ingredients and selling them in the market. My current balance is 950 CBM which is inching closer to that 1000 CBM target. 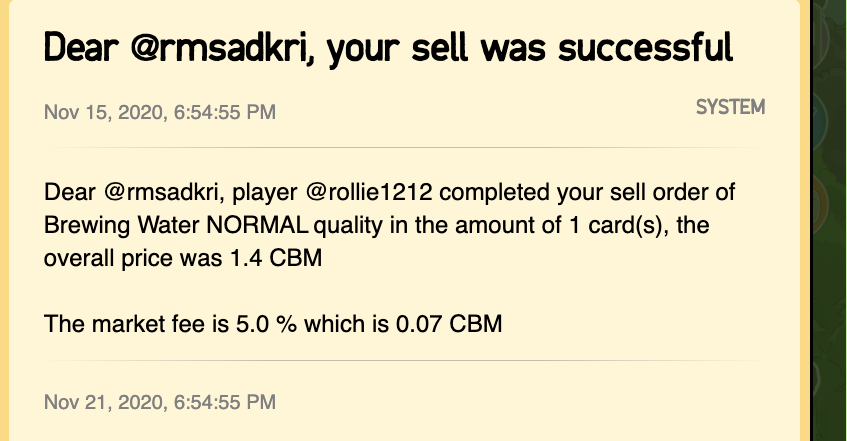 Have you tried the game yet. Please use my referral if you have not yet joined. Things are happening in the game.

The game is fun. It all depends on how much time you want to invest.

ya that is correct i totally agree with you, day by day its getting more complex for me 😋🙏

I almost sold ingredients worth more than 50 CBM now and I am not brewing beer for long, even before the changes(so lost CBM there) but I have good amount of raw ingredients.

That is what I am doing at the moment. The game is still in development and I wish I have enough time to strategize in combining buying ingredients, selling and brewing. The game economics still needs a fix.

I was lucky to make enough to cash out before the value of beer dropped. I still play it, but just have it ticking over doing the quests. I cannot see much point in paying for ingredients when the beer will not be worth much. It's good that they are finally adding features though. I am playing other Hive games that are more interesting to me, so I have to decide where I want to invest any funds.

Yes. The game is not as interesting as dCity for me. I am still playing the game and this new market feature has added a bit more interaction. This has now provided opportunity to engage with other players. I would like to reach that magic number and cash out.

I saw you post a lot about Rising star. I need to get into that.

Hey @rmsadkri, here is a little bit of BEER from @risingstargame for you. Enjoy it!

I find Rising Star has more to do than some of these games and I like that it is about music. It's good that we have a variety to choose from.

Is it a good investment in terms of ROI?

Hey @rmsadkri, here is a little bit of BEER from @steevc for you. Enjoy it!

Totally agree with you about brewing beer, and I'm doing the same thing as you... Maybe I risk sometimes and drink a beer or two, but selling raw material on the marketplace is my way to go...

Yeah. I hope and wish there are enough buyers to make this supply chain system viable.

risky guy) Drinking a beer is a risky thing ^)