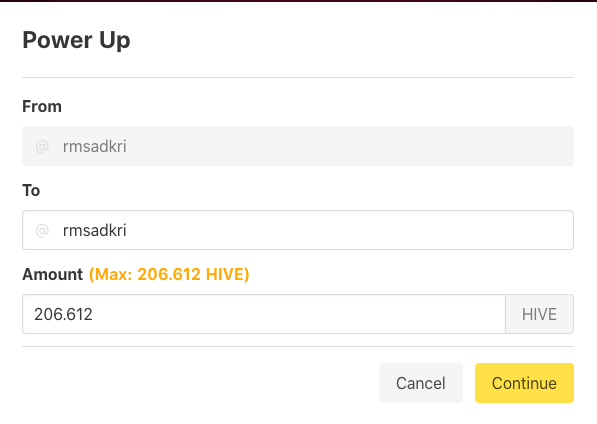 That reminds us of a simple fact. Powering up and achieving 1000 HP is not an achievement. I should be happy. Rather, I should be happy that I was able to motivate myself to grind through and remain focused on what I chose to do back in May 2020 - crypto blogging.

Yes, today I powered up Hive I earned through blogging and the dCity investment to reach a milestone of 1000 HP. No, it is nothing if I compare that with the seniors and the regulars on the platform. But, the milestone has given me a sense of pride and recognition that I did it on my own.

I remember a conversation I had with @taskmaster4450le after the November power up day when he suggested I should reach 1K HP by December. Initially, I thought it was not possible. I hustled through the month and now I have achieved that goal. As he rightly said,

"Many feel that a particular level is out of reach. Things can change when they see someone else working towards it."

Thanks for the motivation. This shows the importance of community and demonstrates how we are influenced by other community members.

I am looking forward to seeing what I will be doing next month. Hopefully, I will be striving for new milestones on Hive.

Thank you. I will make sure i am active and adding.

Congrats on the milestone. Adding a digit is a big deal. Hope to see lots of growth next year.

Thanks a lot.
Yes, I will be around and hustling more than ever :P

congrats on reaching 1k! it's not that easy to manage it and for me it's quite the achievement! everybody's first 1k is valuable as i think it's the start of everything!

Yeah. To have that extra 0 is a special feeling :P I am still smiling to be honest

Step by step my friend, 1K HP it's a great milestone to reach! ^^

Thank you. I thought I could never reach 1K with what I am doing. But, here I am with the help of the community. It's a great feeling :)

That is a great milestone! Congrats!
Doesn't matter how long it takes, as long as you keep going!
And when you reach those goals like so, it was a much sweeter taste!
Cheers for many k's more!

Thanks and cheers :D
I am planning to keep going.

Well done! A great achievement and one which took me much longer than 6 months!

Thank you so much. It's all because of the community.