This Splinterlands League season is quickly coming to an end. In fact we have just three more days to make our final push up the league. There can be some fierce competition in these leagues with players strategically battling each other to push their accounts up the league to earn some extra rewards. I personally tend to stay away from the fierce competition and instead of trying to be at the top of a specific league I just climb the league ranks for max End Of Season Reward Chests. My strategy is the best use of my time vs. rewards earned.

Currently I'm in the gold league and hopefully once I finish my daily quest I will push to Diamond league. Todays daily is the Sneak Quest: win five battles while using sneak monsters. This is one of my favorite Daily Quests, in fact I like any quest that allows us use of all our Splinters. This is because I have a wide array of different leveled Summoners and Monsters so getting to pick which Splinter I want to use in my daily quest makes it much more easier to complete it. Lets get that daily done / Sneak quest here I come! 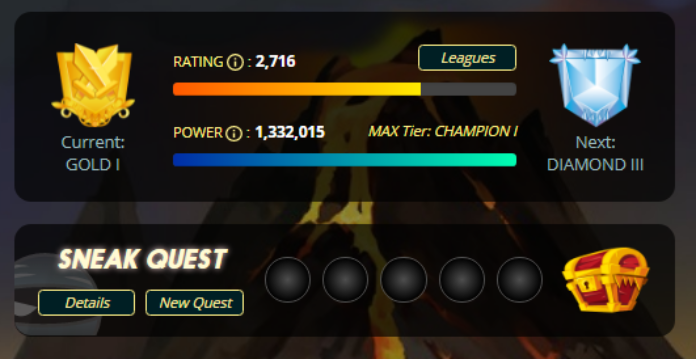 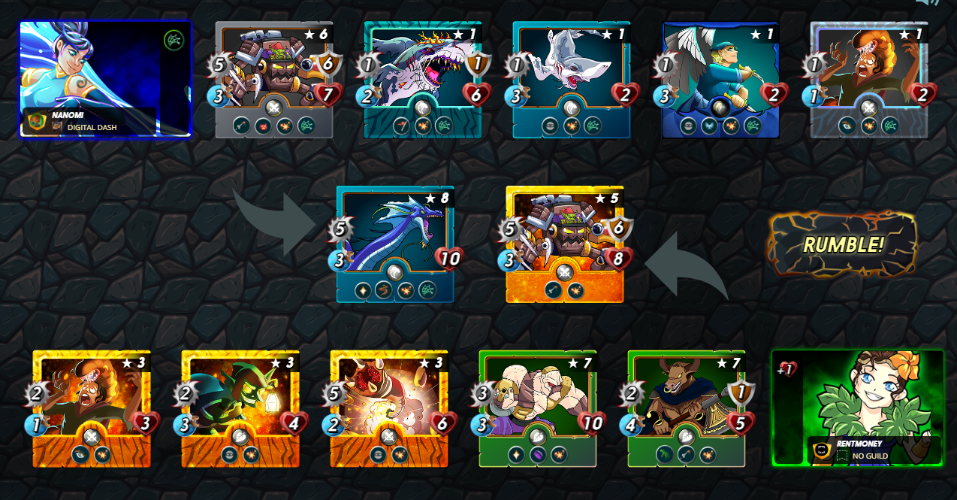 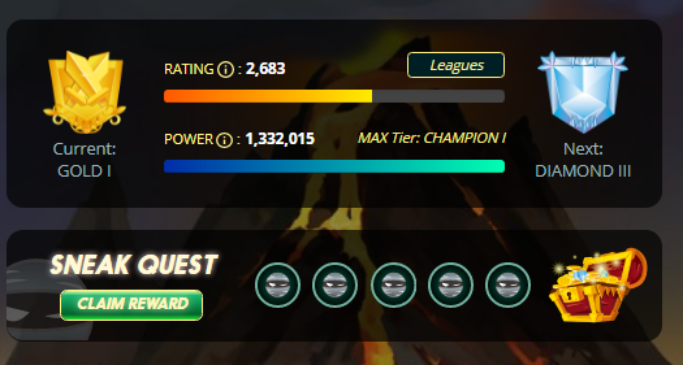 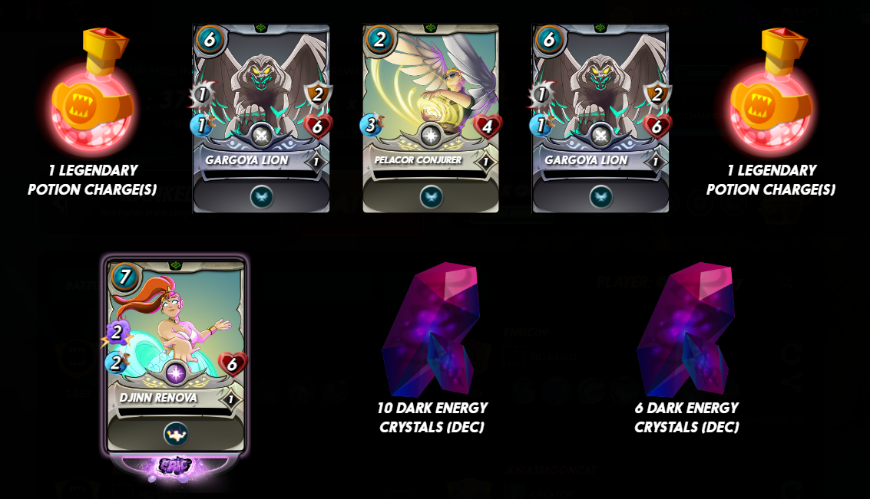 I didn't make it to Diamond but I did complete my Daily Quest. I started with 100% Capture Rate and sunk down to 76% before I was able to complete todays daily. I figured there's always tommorrow so I'll make the run to Diamond then when my capture rate is at or near 100% again. Out of the nine reward chests completing my daily earned me four were cards with one being an Epic.

Dawn of the Djinn 2 of 4 - Once the fifth mana gate was unlocked, the Planet knew that Mount Praetorus in the Splinterlands must be protected. The sixth and final mana gate was now all that prevented the dreaded Chaos Legion from conquering the world. The Planet had some tricks up its sleeve and plenty of magic of its own, so it took action. Calling to each of the trapped Belludae souls throughout the world, the Planet extended them an offer of freedom. None of them refused the offer.

The Planet used its delicate but powerful forces to destroy each enchanted vessel that contained the trapped Belludae souls. Then as they were going free, the Planet ensnared each of them into a new type of confinement. They were each trapped by one of the magical elements, unable to change physical forms or leave the territory of their element. With each of the Belludae a deal was struck. They would henceforth be called Djinn, and their service would be complete once the Planet was free of destruction at the hands of the Chaos Legion. Lore taken from official Splinterlands site. It was nice to see that epic drop.

Thanks for the !BEER

Hey @cloudblade, here is a little bit of BEER from @rentmoney for you. Enjoy it!

Interesting article. I would like to ask you a question. How to advance in the leagues buying Cards or Renting?

If you want to be money wise. I would suggest renting for as cheaply as you can and wait for Chaos Legion to release as its likely (not gntd) that CL cards will cost less then the current ones. From what I been reading most renters like to rent on the last day of the season and run up their account to the highest league they can for max rewards. If you time your last day of season renting correctly you will be able to use the rented cards on the first day of the following seasons as well.

Hey @rentmoney, here is a little bit of BEER from @cloudblade for you. Enjoy it!

i don't have this epic ...she's strong and i must get her as soon as possible...it was not a bad flip just because of her

Sneak quest is one of my favorites also. Takes away the ability of your opponent to guess what Splinter you'll play by looking at the past 5 matches when you picked Death every time because your trying to finish your Daily. Plus most monsters with Sneak ability have low Mana requirements so you can slip them in to just about any team and fullfill the Daily Quest requirement.

Thanks for the !PIZZA and !BEER

@eii! I sent you a slice of $PIZZA on behalf of @rentmoney.

Dam, that many reward chests for daily is madness. I have yet to make it past silver tier.

Im renting some of my good cards, figure i can hang back a little. Looking forward to my season chests for now.

Let's hope luck is on your side and you advance.
Wished I was at the same lvl but still on bronze haha.
Anyway good luck the next three days

I started to read this and try to say something witty but the first line reminded me I'm running out of time. I'll be back later. Have some !PIZZA while I'm out!

Hey @sinistry, here is a little bit of BEER from @rentmoney for you. Enjoy it!