Hive is Mining Crypto with your mind and brain

Most of the newbies I have brought into Hive are complete amateurs in cryptos and I believe that joining Hive is the best first step on their crypto journey.

Imagine telling someone with a total blank knowledge towards cryptocurrency that there is a social media platform that is better than Facebook, Twitter and Instagram. All you need to do there is blog and you earn money from blogging. They give you this funny distrust facial expressions that’s like, “Bro what’s the catch”? The world is so filled with centralizations that decentralization sounds far fetched to us. 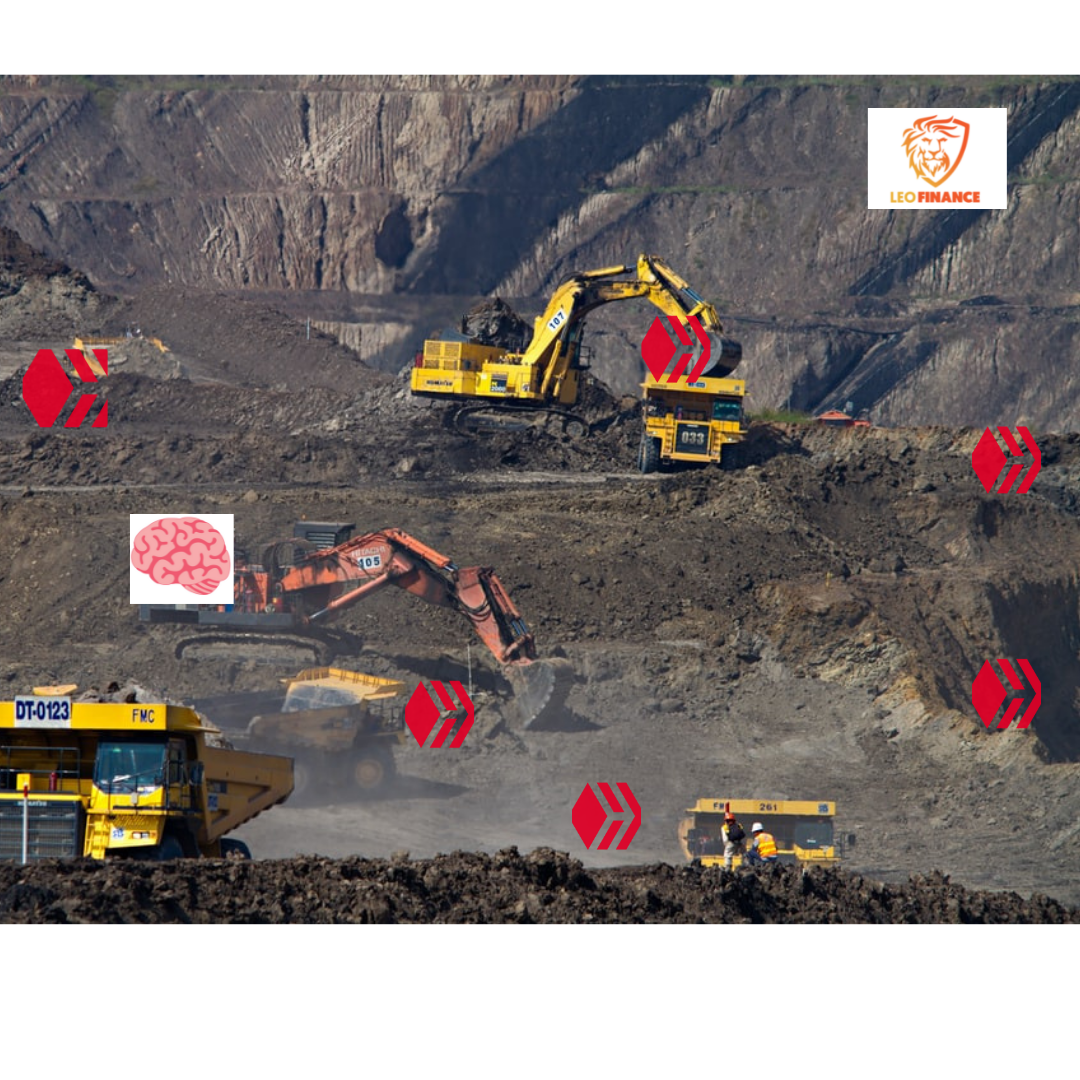 There was a time I was explaining Hive to someone and he said, what if Hive closes and we don’t see them again. That question came from a place of fear from past experiences, I can’t blame the guy, this is because, if you stay in a country where you have to be extremely vigilant with your finances and where you put them, you would ask the same questions.

So the best way to make them understand that they are not earning free money and Hive is not a scam is to try and explain the concept of cryptocurrency and mining.

Fortunately most of them have heard of bitcoin, but to them, bitcoin is just a trending digital asset that goes up and makes people rich. That’s just the only understanding they know. Now I usually ask them

Have you ever asked or wondered to know how Bitcoin is being created?

Have you ever asked how come no one can just do copy and paste for bitcoin and everyone has one or more bitcoins?

Have you ever tried to know how the value of bitcoin is determined? Or what makes it so valuable and people want it so much?

I believe with this little test questions, I have gotten their brains working and instilled the idea in their head. Now I have their attention, they find theirselves asking me questions.

Have you ever asked or wondered to know how Bitcoin is being created?

This is where blockchain technology comes to play. I explained to them that bitcoin was created by Satoshi Nakamuto, and it uses a blockchain technology. This technology is almost unhackable and there is a fixed quantity of bitcoin, that’s 21 million. They can’t be more created and every Satoshi(the smallest unit of bitcoin )and bitcoin is embedded in a blockchain making it impossible to be counterfeited or doubly spent. This is because of the transparency of the blockchain.

The blockchain technology is so advanced that it makes transactions process faster and cheaper and can be anonymously spent. You don’t need any means of government identification to execute a transfer. These features just keeps you steps ahead of the governments and the centralized organizations. Imagine knowing all these features, don’t you wanna use bitcoin now? Just the way you know these and you want to use bitcoin, so do millions of people in the world, that is where supply and demand come to play. Now the rate of demand is more than the rate of supply, so people are willing to pay higher to own bitcoin thereby driving the price higher. Because of the technology of the blockchain technology the only way to get this bitcoin is through mining it. Mining bitcoin requires a proof of work mechanism. This proof of work entails powerful computers solving crypto graphical problems and puzzles, the reward for solving gives bitcoin. But let me remind you that bitcoin was the first so it’s technology is a little outdated now. This is because other platforms came in, used bitcoin as a foundation and developed a better technology.

While saying this to them, you see them enthusiastically nodding their heads because everything is making sense to them now.

This is where you bring Hive into play.

Hive is like bitcoin but better. Bitcoin has lots of people trying to get it, making mining very competitive and thereby making transfer fees a little bit high. So Hive unlike bitcoin works on a DPOS(Delegated Proof Of Stake) mechanism. Here, you don’t need powerful computer to solve puzzles, all you need is buy the coin, stake it, and upvote contents. Your upvote is the mining, when you upvote a post, the blockchain rewards you for participating in the technology. That’s from a curator
perspective, now as an author, your job is to work your brain and come up with contents to create so the curator can like your content and upvote it. After saying this, I emphasize on, “you are not making free money, your brain is working hard for that money”.

Note that this does not apply to HIVE alone, this also applies to Hive-engine tokens like pob, leo, neoxian and the rest hive-engine tokens. You mine them when you curate and create content.

Your Brain Mines Hive Just like computers mine bitcoin.

I hope you find this post helpful when trying to bring newbies into this wonderful platform and community.

People often have a very hard time getting their head around this, but once they manage to do it they often are surprised by just how good of an idea Hive is.

Most of the newbies I have brought into Hive are complete amateurs in cryptos and I believe that joining Hive is the best first step on their crypto journey.

Very nice post. I have had this on my mind for a long time and you put it very well.

Glad I could help, thanks a lot for appreciating

👍🏻 Very good explanation. Will keep these three outstanding points in mind:
1️⃣ Hive is like Bitcoin, only better.
2️⃣ Hive is the best First Step into Crypto.
3️⃣ Your mind is mining Hive.
Great!

Bro how do you do it? You pump out these quality posts like a fucking machine. I love it!

I agree with you, he is definitely a cyborg. I think his goal is to become a Whale before New year. He is definitely going to make many record achievements on Hive Blockchain. 😊

😂 you totally read my mind. That has been my goal

Thanks a lot champ, your words are really motivating

don’t you wanna use bitcoin now?

Actually no. The transaction fees are super high. Also with Ethereum (ETH). I intentionally avoid these. I use other cryptocurrencies, for example Litecoin (LTC).