I think I can confidently say that 99% of my problems can be solved with money. I don’t want to speak for others but I believe that it’s the same for most people in the world. In Africa it’s more, no one gets bothered about any other thing but money, everyone is always trying to chase this money, we have the ones doing it the legal way, we have the ones doing it the illegal way. I sometimes wonder, the guys that spend so much energy into putting their skill into illegal acts could redirect it legally and achieve what ever they want to achieve, legally. But it’s all about the mindset I guess. 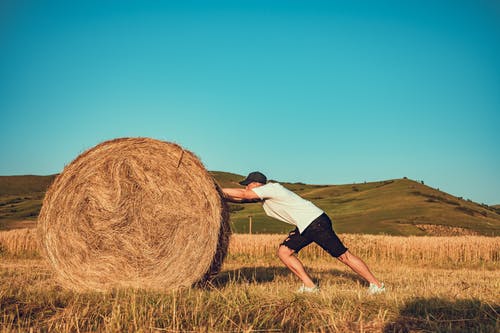 So everyone has one goal or the other, most people focus more on financial goals and we all know that is one of the hardest most realistic goals to set and achieve. It comes with a lot of challenges that self doubts creep in sometime and causes one to consider giving up sometimes.

Hive is one platform that has taught me the value of setting goals and working hard to achieve it, when I set new goals on Hive, there is this feeling of excitement that comes with it. I feel so pumped and ready to conquer the world, so excited and pumped. But the reality of achieving your goals or trying to achieve your goal is sometimes, you don’t achieve what you want to achieve but you end up achieving what ever you push for or what ever you can reach.

As sad as it may sound,a lot of people push so hard everyday to be the best they can be financial but not everyone actually achieve this goal. They might achieve whatever life throws at them or push for, but if you ask them if that was what they wanted, their reply would be no. My uncle used to tell me that he is grateful for life because he is not where he wants to be but he is not where he used to be. I translated it as settling for what he could push for instead of what he wanted to achieve or what he desired.

When I was way younger I grew this mindset to always set bigger goals, big enough to be considered unrealistic so that even if I achieve quater of it, it will be considered a big win. For instance, if I want to achieve a $250k goal, I will set a goal of $2 Million and put in the work of $2 Million, this way if I achieve the $2 Million, great, if I don’t and I achieve lesser like between the $250k - $1 Million, great. I won’t feel disappointed, because either way, it’s still considered a win for me. It’s like shooting for the moon, but if you miss, you will land among the stars. You didn’t achieve your goal of aiming the moon but you achieved being among the stars.

It’s like preparing for an exam with a pass mark of 50%, a 50% score let’s you move to the other level, but then you prepare like you are trying to achieve 100%. But if a student prepares to achieve 50% in the same exam, it’s obvious that there is a higher chance that the person with 100% preparation will achieve more than the person with 50% preparation.

To achieve great things you have to do extra, you have to do what others are not willing to do. This is why I am eternally grateful to Hive/Leofinance for giving me the opportunity to always do the extra to achieve my goals.

My goal this year is achieve 10k HP and make a lot of trades outside Hive and invest them on Hive, I have been researching on a lot of projects and knowing their risk to decided if they are worth investing on.

I swear down
At a point I abandone all I wanted to be and just choose to do whatever will fetch me money Abeq ...

Hive really raised the bar financially for all of us

It takes great passion to keep doing what you like to do no matter the trials.

Settings gaols and focusing on those goals will bring you fruitfulness.
Hive has really taught me the benefits of consistency and I am glad to have joined this platform

Hive made everything achievable as long as yin work towards achieving them.