The need for an 'edit' option in LeoThreads #Threads

@quincykristoffer 57
about 1 month ago
LeoFinance 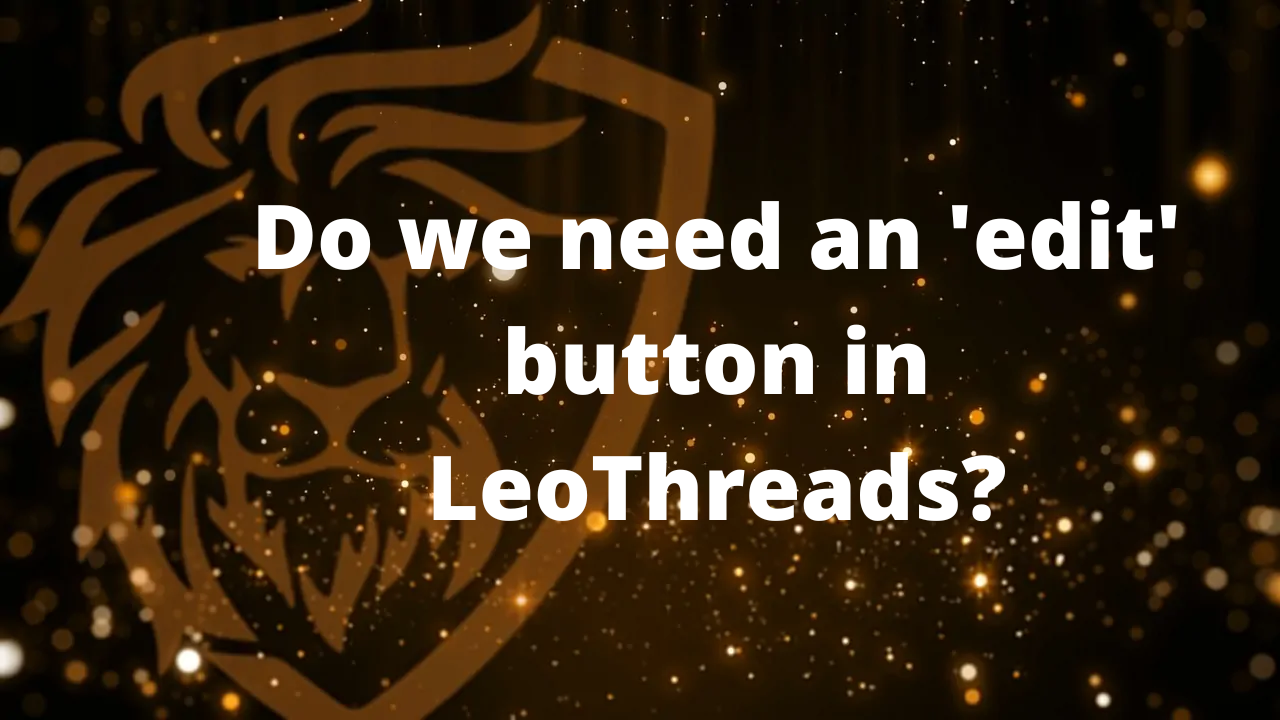 LeoFinance has been a lot more fun since the launch of #LeoThreads, and has allowed an increase of users on the LeoFinance frontend since jumping unto the train doesn't require any form of technical knowledge. As mentioned in a previous article, the launch of LeoThreads is what brought me back after leaving for months, hence it is worth mentioning that LeoThreads is a game changer for the LeoFinance community and the Hive blockchain in general due to the provision of better visibility and the infinite possibilities it allows on the chain.

The hype that accompanies the launch of threads is majorly due to the fact that twitter users can easily hop onto the 'LEO-train' using their twitter accounts, and continue with their 'twitter-like' activities on #threads while earning LEO rewards for it. The advantages of earning for microblogging, censorship resistance and full control of content makes LeoThreads top-tier as mentioned in the article - LeoThreads defeats Twitter and noise.cash #Threads.

The need for an 'edit' button

If LeoThreads is to defeat twitter completely, the 'edit' button needs to be incorporated. It may not sound like a big deal but I sometimes have to proofread my threads a million times before hitting the 'thread' button. It can be really off-putting when 'un-editable' mistakes/typo-error exists even after several proofreads.

Some mistakes are negligible, but the first time I made a very obvious mistake in my thread, I searched desperately for the edit button but it was nowhere to be found especially since I had created a thread but attached a wrong article link which wasn't discovered until after hitting the 'thread' button. This frustration led to the thread below.

Some edit hacks were shared in the comments. For instance, editing threads using other frontends such as ecency, Peakd or hive.blog, as seen below.

Before the hacks came in, I already tried editing using the ecency frontend, which only took effect on the ecency-front but didn't reflect on the Leofinance frontend- LeoThreads which was frustrating at the time.

I didn't try the Peakd hack so I have no idea if it takes effect on the Leofinance frontend or not, but the fact remains that having to go through those separate frontends is not so convenient especially for a newbie that is completely oblivious to the different frontends on the blockchain.

In the midst of the frustration, the below comment caught my attention.

LeoThreads shouldn't be compared to twitter but be considered better. The unavailability of the 'edit' has allowed this user compare it to twitter, which I find inconvenient, especially since #threads provides more advantages than twitter or any other microblogging platform can ever imagine.

Since LeoThreads has allowed a rise in newbies on Leofinance/ the Hive blockchain via a twitter-like approach, we need to constantly create reasons for them to stay. The addition of an 'edit' button is one of such features that would allow #threads to be considered better than twitter.

@hivebuzz 72
about 1 month ago

By the way, edit your threads through the comments on leofinance.

Didn't know I could do that. Thanks.