dCrops: A Farming Simulator To Plant, Grow and Harvest Vegetables 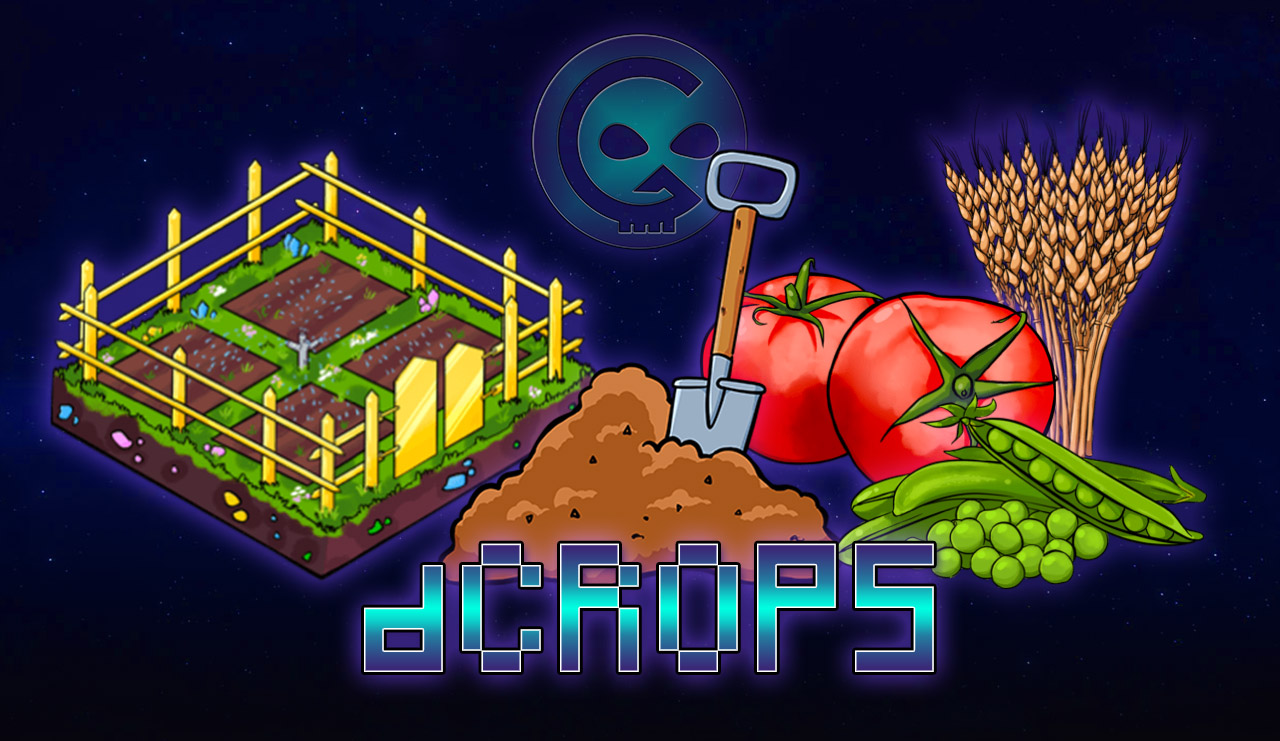 Have you always dreamed about growing your own crops without getting your hands dirty but still benefitting from the veggies of your labour? Then you should check out dCrops, a play2earn blockchain game on HIVE. The Cartel is already invested and presents to you in this article the comprehensive overview you expect from your friendly family members.

What Am I Looking At?

dCrops is a relatively new farming simulator built on the Hive blockchain that lets players grow various fruits and vegetables on plots of land using seeds. While currently simple in its execution - you harvest crops grown from seeds - the devs have shared multiple ideas for expanding gameplay as they release future pack editions.

As a Hive-Engine game, dCrops' native token (CROP) is available on TribalDex while ALPHA Land/Seed Cards are trading on NftMart. You can also find all development updates on their Hive blog @dcrops.

dCrops was first announced in early 2021 with a pre-sale roadmap that detailed their plans for selling a wave of 10,000 ALPHA Packs ahead of the 40,000 additional ALPHA Packs intended for the ALPHA launch. The pre-sale sold out in just two days, and no packs remain from the 40k launch sale, except for the secondary market.

Since launching, the dev team has updated the UI and NFT art, developed a Hive reward pool (later referred to as the CP Reward Pool), and introduced a Quest System that rewards players with various Booster Items (faster harvests) scaled to the overall value of their asset collection.

The dCrops economy is currently comprised of the one native token (CROP) and two NFT's (Land/Seed Cards) with future possibilities covered further down.

Presently, the only way to earn CROP is to "burn" crop harvests by selling them in order to acquire "shares" (points) tracked by a leaderboard for the current season. 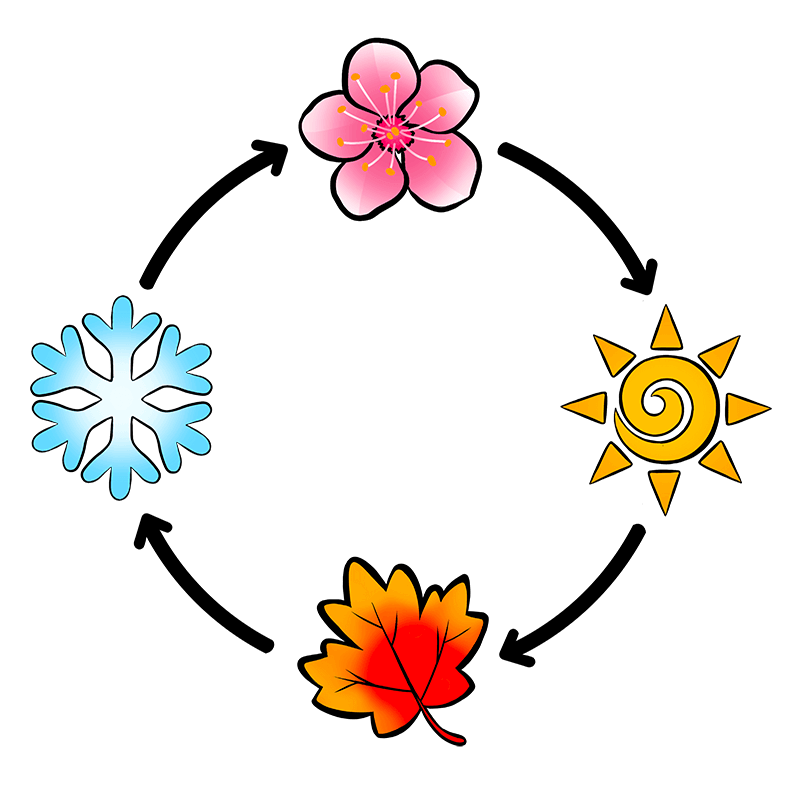 The first seasonal CROP pool had 500,000 tokens, but each subsequent pool has 0.5% fewer CROP.

Your CROP reward is based on the number of shares you acquired in the current season relative to the total shares amassed by all active players.

Seasons last 15 days and rotate between the traditional Spring, Summer, Fall and Winter seasons in a 60-day cycle.

All Cards have a rarity that determines their property values.

Season (top bar) or when it can be planted/harvested.
Base Price (top-left) for shares received when sold.
Quantity Produced (bottom-left) when harvesting the crop.
Harvest Time (bottom-right) measured in days.
Special Abilities (bottom area) currently only have two types"

The values for each Seed's numerical properties (Base Price, Quantity Produced and Harvest Time) vary significantly between types, so it's strongly recommended that you take the time to get to know the crop cycles and yields of your Seeds. There's also a small chance your crop harvests will yield higher 2/3-star versions that have greater value when selling.

With ALPHA Packs sold out and BETA Packs slated to arrive sometime in Q1/Q2 of 2022, there aren't any active events you can capitalize on to begin living your best farming life. The good news is Q1/Q2 is technically already upon us, so additional news could land any day!

The BETA Edition won't have any of the same Land/Seed cards found in the ALPHA Packs, so you'll need to decide soon whether or not you want ALPHA Cards before their prices potentially rise in response to a growing playerbase. Additionally, CROP is intended to be a secondary avenue for obtaining packs thanks to a fixed price of $2 per pack or 2000 CROP.

There have been multiple announcements expressing a desire to establish a price floor for CROP at $0.001 with scaling pack prices to ensure players only spend $2 worth of CROP, no matter the token's value at the time of purchase. The dev team is currently waiting on additional liquidity to enter the game, however, before putting this price floor into effect.

If you've been following our initial blog updates, the Cartel swapped 44.38 CARTEL for the following dCrops assets at ~50% of their stated value:

Based on Hive price of $1.55 per Hive at time of asset swap

In preparation for the upcoming BETA Edition, the dev team shared a roadmap with several ideas they're kicking around as possibilities for inclusion with the launch of BETA Packs.

While they also admit that it's possible none of the ideas make it into the game, it's great to see that they're looking into multiple avenues of expanding gameplay. This farming simulator has plenty of room to grow!

Before heading into the wilderness, make sure you've setup a Hive wallet for storing the CROP token and Card NFT's used in dCrops (if you already have a HIVE account, you are ready to play). 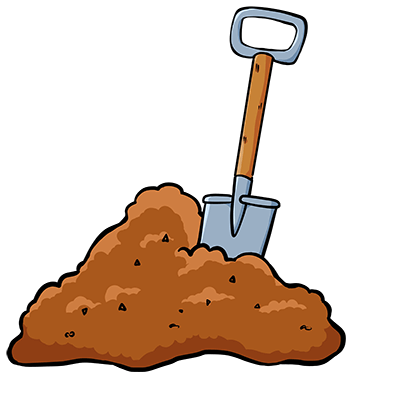 Unfortunately, there aren't any packs available to purchase directly, so you can try your luck buying ALPHA Packs through TribalDex or visit NFTMart to acquire the Land and Seeds you'd like to use. If the NFT's you want to buy are only available for CROP, TribalDex has you covered, as well.

Regardless of how you get them, you'll need at least 1 Land Card and 1 Seed Card from the current season in order to plant your first crop.

If you opted to buy ALPHA Packs, they each contain 5 Cards with at least one being Rare or better.

The pull rates for each rarity are as follows:

To ensure you have enough room for your seeds, be sure to count your plots: 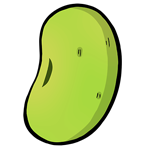 Before diving in, make sure you know which season is active and how many days are left before it changes.

These are the Seeds available for each Season: 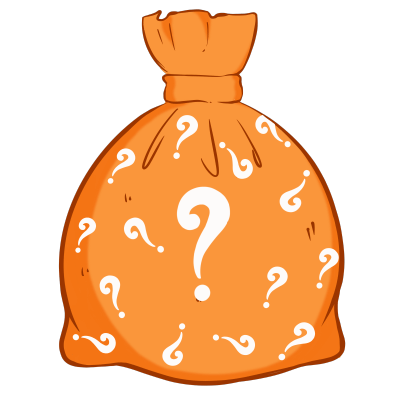 Once you have your first pair of Cards, you can repeatedly use your Seed Card to plant crops so long as you have plots available on your Land Card and the Seed Card's 15-day cooldown has refreshed.

When it comes time to harvest your crops, it will have a quality of 1 to 3-Star:

Quality acts as a 1-3x multiplier when selling crops for shares, so keep this in mind when you're trying to figure out where you might stack up on the leaderboards.

Quests require you to complete 7 tasks in a season in return for a reward chest with 10 Booster Items in it. The tasks come in three types ("Plant X", "Harvest Y", or "Sell Z") and can be freely reset once a season. Alternatively, you can spend 10 CROP to re-roll tasks you're not yet ready to tackle.

Note: The Speed-Gro and Ferti-Plus applies to all plots on the chosen Land Card.

You can gain additional Booster Items from your Quest reward ranging from 1 additional item at 10,000 CP up to 50 at 1,000,000 CP. The breakdown for these additional items is as follows:

Formed by 30% of all Hive-based sales, this pool provides a daily pay-out equal to 0.25% of its total value distributed across all players with 20,000 CP or more.

Your CP value is determined by a 15-day rolling average of your daily CP snapshots. You receive 1 point for each CROP token, 2000 points for each unopened ALPHA Pack, and additional points for your active Cards and 3-star crop harvests.

Here are the values for ALPHA Cards and 3-star crop harvests:

"Active" Cards are those that have been used within the last 15 days, and "Inactive" Cards are only worth 50% of their value. This means your off-season Seeds will eventually drop in value until they rotate back into season.

If you still have questions, go checkout the official dCrops Wiki.

You can also join the dCrops community by engaging with any of their social media platforms:

This article was written by @entrepidus as comission work for ONEUP, edited by @spiritsurge, and proofread by @flauwy. Our Cartel operator for dCrops is @e-rich1. We'll keep an eye out for an announcement for when the BETA Edition will launch. Below is our current strategy from @e-rich1.

I am keeping these items of the coming harvest as a reserve for upcoming quests:

If possible, I will keep twice the amount, which should get us easily to the next spring season to refresh our stock, with what we spend on quests!

We are expecting about 1000 CROP this season for the Cartel.

I am always keeping my eyes out for a good deal on the market and I have a strict schedule on harvesting to not miss out on anything!

In the meantime: Game On!

Congratulations @oneup-cartel! You have completed the following achievement on the Hive blockchain and have been rewarded with new badge(s):

More like a farming spreadsheet.
Those kinda games where there isn't even actually a farm, are pretty annoying. Maby some day it'll be less of a spreadsheet simulator or more of what people actually expect the game to be.

When you crop the card away from the image, it makes it seem like there is an actual game to play, and not just a spreadsheet to manage.

I'm glad you wrote this. I sat on the sidelines when the game started and hadn't really been able to grasp how to get involved. I love this type of content. Keep it up.

Thanks for the run down. I might give it a shot and follow the oneup-cartel strategy !PIZZA

Thank you very much for your content and I recently got one of these crop tokens somehow which is pretty interesting that I run across this post!

Awesome content thank you very much for your hard work.

I learned a little bit about this game and cryptocurrency at the same time!

You convinced me to check it out. 😁 I bought 2 Alpha packs and got 1 legendary, 1 epic, 4 rares, and 4 commons. Seems like pretty good odds!!

Do you think the CROP payout of 1k is worth the time and money you put in?

Great overview and quality. Good to have Cartel family involved to dCrops. Game on!

This is my favourite game on the Hive blockchain. Thanks for the thorough breakdown and for promoting dCrops!

Hey @oneup-cartel, here is a little bit of BEER from @anandkj611 for you. Enjoy it!

Wow, what I always wanted to do, be a farmer in a game and earn real money for it, thanks for bringing this post!

This is fantastic! I've been playing Crop, but I had no idea what I was doing until I read this. This guide helps a bunch!

It is an impressive evolution in the game.
I haven't played the but I am really interested now.
Thank you for sharing with the listnerds tools.
Peace

Your post helped me understand. I had looked at this game before but never jumped in to try it. Thanks for the post

I really need to play this game. I love gardening and it would definitely be easier on the computer than in the dirst.

Thanks for the info. If I read it enough times, I am sure I will remember it.

Thanks for such a detailed guide to dCrop. Very helpful in learning the games.