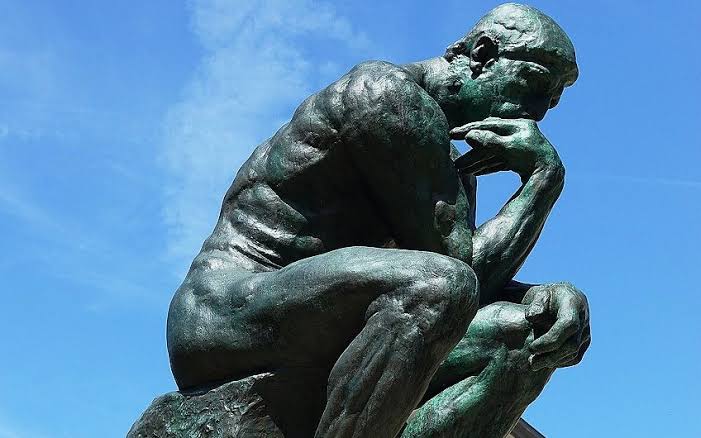 When someone does something bad, painful guilt is one thing that is known to come upon them at times. Sometimes they don't feel the guilt immediately but sooner or later it can come and haunt them and take away varying levels of peace from them. Usually, the force of the haunt depends on how evil what they did was.

Now, it is common to hear people argue that this is a punishment the universe visits on people for the wrong that they did. Some call it an in-built justice system and link it to the argument that the world has an intelligent creator who has made everything to have repercussions and has sewed some justice into the fabric of the world.

Here are a few screenshots of talks like these:

Once I was having a discussion/argument with somebody about Karma. The person said that whatever evil someone does they'll get to suffer the consequences and I told them that that wasn't true and I mentioned the names of people in history who did great evil and ended up living successful lives till they died of natural causes.

And guess what this person's reply was? His reply was that even though those people didn't get a physical punishment that I can weigh they surely got punished with a guilty conscience that haunted their peace. That that was how the universe works, no one goes free.

I couldn't believe my ears! This guy thought that a guilty conscience was enough punishment for genocide and the suffering of countless people. He also didn't see anything wrong with the fact that someone can do such evil and still live a successful affluent lifestyle and die peacefully of natural causes under the watch of this universe! And he still goes on to consider the universe just.

That's really sad, and what's more, a lot of us think like this. So with this post I've come to make the ultimate argument that shows that this is not just.

It is simply this: Ptsd is also visited on victims, survivors and their loved ones, so what do you say? That after a person does something evil the universe punishes them with the guilty feeling and punishes their victims with PTSD, huh? If you say the guilty feeling is a punishment from nature then it's clearly not justice because nature also metes out something similar (ptsd) to the victims. It's as simple as that.

It's just like saying that after a man rapes a woman and he's taken to court the court gives the rapist a jail term, turns around and gives the victim a jail term too!
A very just and impartial court 🙄.

So that's it right there, if you don't think such a court is just then you can't say the universe is just. The universe is just mostly random, the just things happen sometimes and the extremely unjust happen some other times. It's just like rolling two dice, some times the same numbers show up on both dice and sometimes one number is way bigger than the other.

It's worth noting that I didn't dwell on the points made here:

This guy thought that a guilty conscience was enough punishment for genocide and the suffering of countless people. He also didn't see anything wrong with the fact that someone can do such evil and still live a successful affluent lifestyle and die peacefully of natural causes under the watch of this universe! And he still goes on to consider the universe just.

It would have been quite expected that I would go further to talk about how the guilty feeling is not enough punishment compared to the evils committed, but that's not the ultimate argument, as you'll probably agree by now after reading what I deemed the ultimate argument. Negative psychological feelings cannot be considered punishment because it goes both ways, perpetrators can feel them, so can the victims.

Hi there, my novella Professor Otagburuagu just got published this month. It promises to be thoroughly entertaining and intellectually stimulating. Written by myself and illustrated by Scandinavian artist @katharsisdrill. You can get it from me for just 4 HBD. I'm counting on your patronage, thank you!

Roll with @nevies, I run a Humor, deeper thoughts, and sex talk blog here on Hive🌚

the concept of karma Is far deeper than Our minds can Phantom. we can start by thinking about why the word even exists. Far more than beliefs and religion, just like life and death. Karma is more than just the reward for every action, It runs as deep as behind the intent and cause of the action.

What makes us think death Is a bad thing and life Is a good thing. If not for laws who said being the cause of death makes one a bad person.

In my opinion, Karma Is a reward system that functions on the basis of equity that is incomparably truth.

The thing is, Karma according to the beliefs of friends like you that believe in Karma, cannot be proven, it's just a belief that someway somehow justice would be served by unseen forces.

Since it cannot be proven as I can show you many people in history who didn't get justice, we as humans should throw karma away and stop thinking about it even. We should approach justice with realism rather than leaving it to something we can't prove.