@myfreebtc 68
over 1 year ago (Edited)
LeoFinance 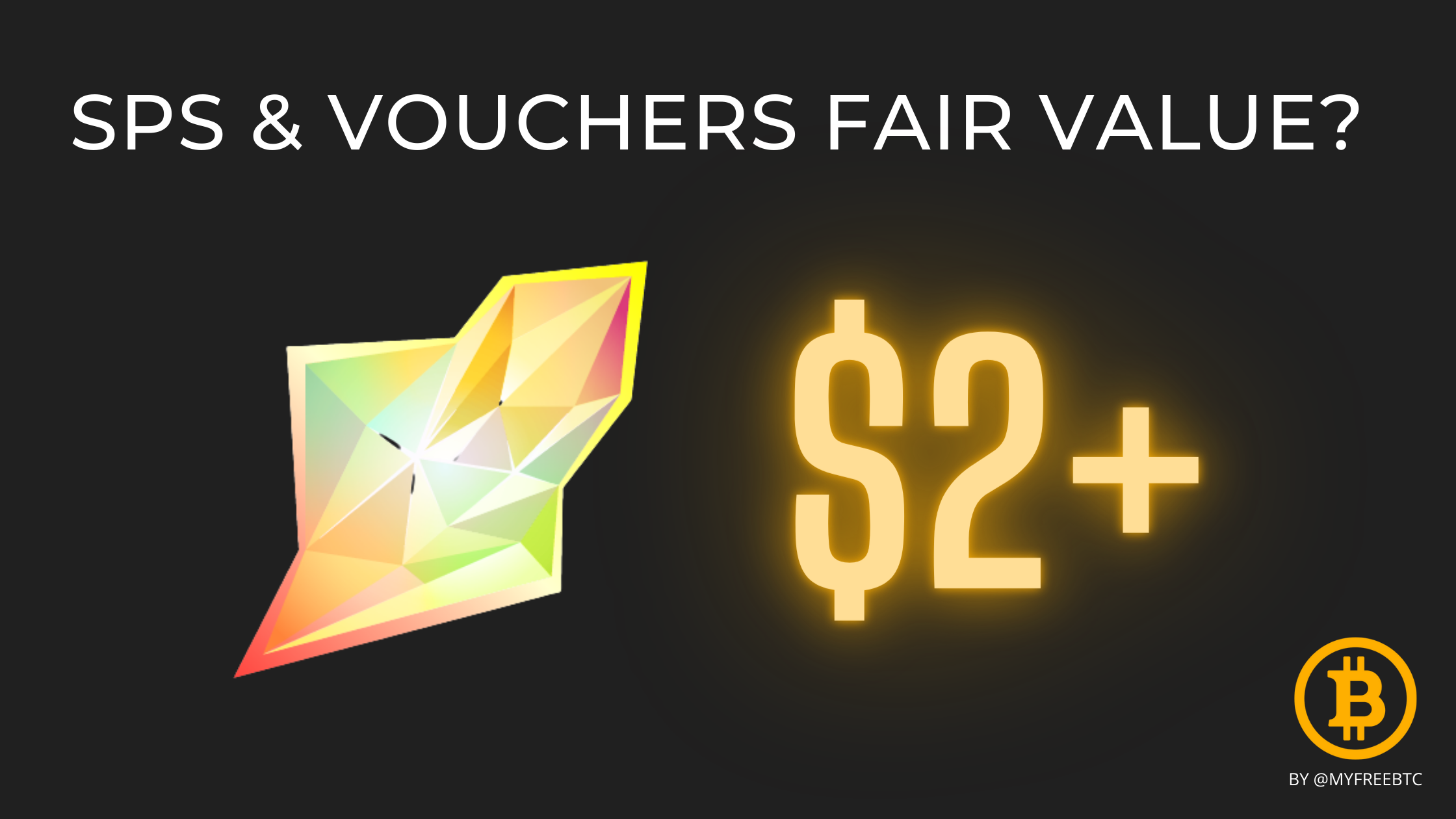 Splinterlands finally implemented a use case for their native token with their latest announcement. Whoever stakes SPS will be receiving daily vouchers starting on the 18th of October. These vouchers will be required to buy Splinterlands Chaos Legion packs during the presale and for a short while after.
I will try to answer the most common questions so far and analyze the future value of SPS taking into consideration the use cases and some other play to earn tokens.

How many Vouchers will I receive per day?

I will be getting a little over one voucher per day using current numbers, I plan to increase my stake until then. The "issue" is that the total staked will keep growing until the 18th of October. I expect the number to grow a lot faster when we're getting closer to and during the presale.

How valuable will Vouchers be?

The answer is very simple, how much do the players value the opportunity to buy a pack. I've seen a lot of people on discord saying it will be over $2, this is the market sentiment at the moment but a LOT will change until then (we don't even know how good the cards will be).
I wouldn't pay that much and I'm expecting the price to be quite high for the first few days and slowly come down as time goes by. People how are eager to buy the packs as soon as they come out will be willing to pay much higher prices.

I really want to buy 100 packs before the end of the pre-sale but I wouldn't pay more than $2 for a Voucher. Bringing the price of each pack to $6.

This is a crucial metric that many people seem to be missing.
Buying a $4 pack with SPS grants you a 10% discount, $0,40. That means that SPS has an intrinsic value of 40 cents because you would trade your dollars for SPS before buying in order to enjoy that 10% discount right? who wouldn't?

That's why I consider buying SPS under 40 cents a steal... This could backfire though, if you buy SPS for 38 cents and it drops down to 20 cents by the time you want to use it for purchasing a pack then you would lose more than you gain.

That probably won't happen, markets are rational and everyone will be using SPS to buy their packs hence sending the price higher.

The team revealed that SPS will have even more use cases in the future. Buying packs at a discount and getting vouchers with them is already a great use case, imagine when Lands come out or an eventual DAO.

This means that SPS would have to be at $5,76 to match the market cap of Axie infinity token (AXS). The tokens are not very comparable at the moment since AXS is required to breed new Axies while Splinterlands still has to implement a stronger use case and burn mechanism to the token to reach that potential.

SPS is very undervalued in my opinion, we have projects like Illuvium with a 5x fully diluted market cap and they don't even have a game yet! It is wild to imagine that the most played blockchain game governance token is 1/5th of a token for a game that doesn't exist.
Either SPS is severely undervalued or these games like Illuvium and StarAtlas are just way overvalued.

I'm very bullish on SPS, I'm not a witch or fortune teller but looking at the Data I wouldn't be surprised to see a $2+ Splinterland Shard before the year's end. Assuming the team will keep on delivering good utility to the token.

What is your price prediction?

Most of these nonexistent products are overvalued. Splinterlands will get it’s proper valuation since the team is crushing it..Exciting times for Hive. :)

Dude awesome post and thanks for doing the calculations! We have the same numbers in terms of staking so it made it easy for me :D

*great info/article. *any ideas why sps is so low compared to other blockchain games?

Great analysis. I quite agree with you. The challenge will be how to behave in the best way to get to our goals. It's kind of another game within the game :-)