@mineopoly 70
12 months ago
Proof of Brain 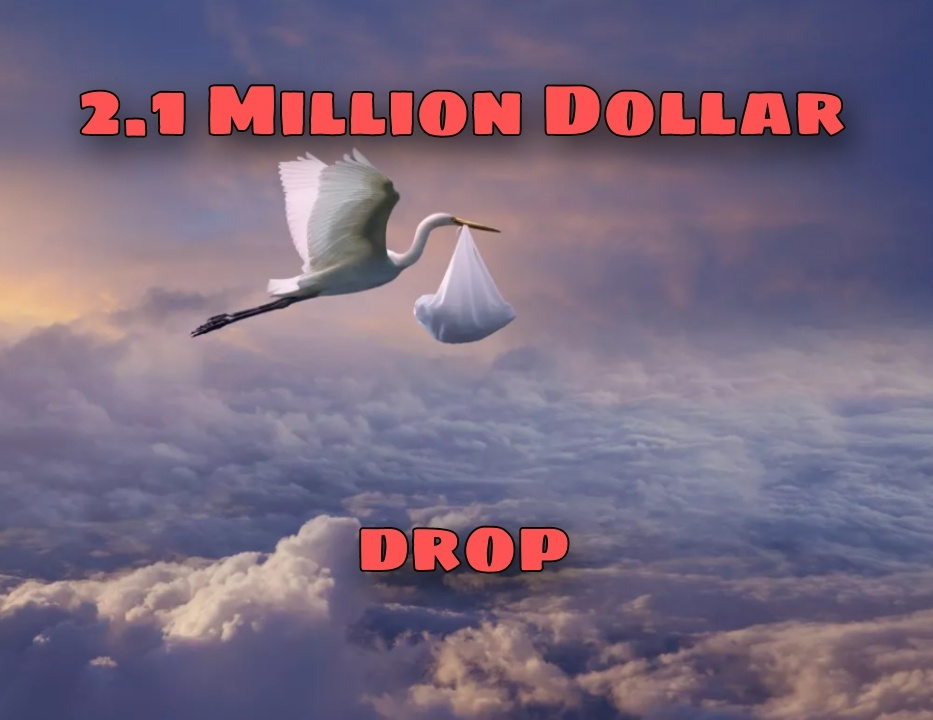 I'm writing about this not because I want to shill Blurt or DIG, but because I had staked Blurt and if I didn't catch this notice I would be missing a big airdrop. I'm writing this for those who already own Blurt and may not know what is going on.

It is a really Big Day for anyone who staked Blurt. If you just never got around to claiming your Blurt then now is a good time to do it so you can collect the DIG air drop.

It's no secret that Blurt developers have been working with https://digchain.org and the deal is that the dig coin will be distributed to those who staked Blurt. 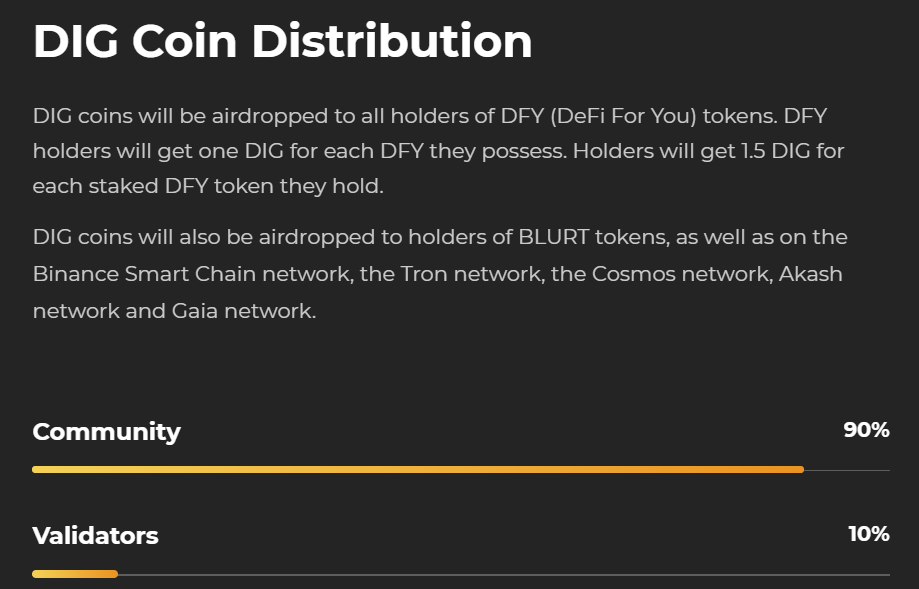 The details are explained by Ricardo Ferreira
Blurt Co-founder in his post. It looks like there will be a snapshot within the next 24 hours.

For Blurt users it's important that you are connected to the cosmos blockchain. Details of how to do that are written here.

The DIG blockchain will allow real estate investors to own part of a real estate property through NFTs. To me it sounds a little like metaverse. In reality it is really hard in most of the world even to think about owning a house but this allows an opportunity for small investors to start.

There will be 1.8 Billion DIG initially airdropped. Out of that Blurt will get 2.33%. That's 41.94 million DIG tokens. The presale price of DIG has been capped at around 3 cents. Well, that adds up. For those who have staked Blurt, it is important not to miss this opportunity.

(This is not financial advice, just the facts of life.)

(Not many hours left until that snapshot)
Now you know.

Hey... Look at this. I wrote about crypto and it wasn't even a joke. Or was it?

That's totally Amazing. Can I connect to Cosmos now? I missed it earlier.

Yeah, I just did it. Thanks for quick reminder bro. Blurt is making big moves lately. 😊😀. Enjoy the Airdrop with some !PIZZA

Thanks. I just set this up yesterday. Almost missed it.

Grest. It looks like the world is turning into one big monopoly game. I'm glad you got your piece on the board.

Follow the links in this article first. If you have any question let me know.

I've read to quite my fill. Can I send you 50 blurt on Hive-engine so you can help me send to Deposit Username
ecosynthesis
Deposit Memo
CREc6g34an8rxbqu
In order for me to create my account?

I can do that, but I thought there was an easier way... Anyway the drop is based on our Blurt power in our wallet and the screen shot is sometime today so I will get back to you in one hour about starting an account.

Ah, forget it, I've messed the page up. Man, this blurt is so fucking annoying, why is it so hard to create an account? I bought blurt so I can pay for creation but the deposit name doesn't seem to exist when I'm sending through Hive-engine. That's about a bitch. What can I do?

Use blurt.blog front end. I never had a problem making accounts there.

I think you are tired @nevies,

Try again when you wake up. Mostly this post was for people who have Blurt to alert them to connect to cosmos. If you look at the link I sent you can start an account for ten blurt and that's almost nothing.

Please, let's do it like this @mineopoly, I've just sent you 50 blurt on Hive-engine. When you come online reply this comment saying you're ready to transfer, then I'll give you the deposit name and memo they'll give me, you'll transfer and my process would be complete. How about that?

OK. I'm here to help. I saw the 50 Blurt. I can send it to @blurtlink to help you set up your account.

Thanks, man. Let's do it like this instead: I'd go and create the account and they'd give me a deposit address, then I'd give it to you and you'd send the 50 blurt there. The only thing is, you have to be online, or else the time would lapse and I have to start all over again. Are you there now so I can start?

Ah. This is hard because of time zones. I can't do it now. Ask @offgridlife or @vikbuddy. When you get an account I will refund your Blurt.

Man, it's really hard, I swear😂
Alright bro. Thanks.
You can refund the blurt now, though, through Hive-engine

Are you online now? Maybe we can try, but it's best to try with someone in your time zone. I'm sending the 50 Blurt back to @nevies on Hive-engine now.

Sorry, our schedule doesn't match. Here's what I did. Send the Blurt to @blurtlink with a memo through Hive-engine.

It will work in less than a minute.

Ok, you've sent it back. Received. Well, thanks. And fuck Blurt and whoever it was that designed the account creation part. One is supposed to be able to pay for account creation through Hive-engine no matter what. Fuck em again

^^ I can read between the lines. There is an automated system set up through @blurtlink.

I think it's pretty cool and a good use of NFTs. We may not all be rich, but getting closer @gradzio.