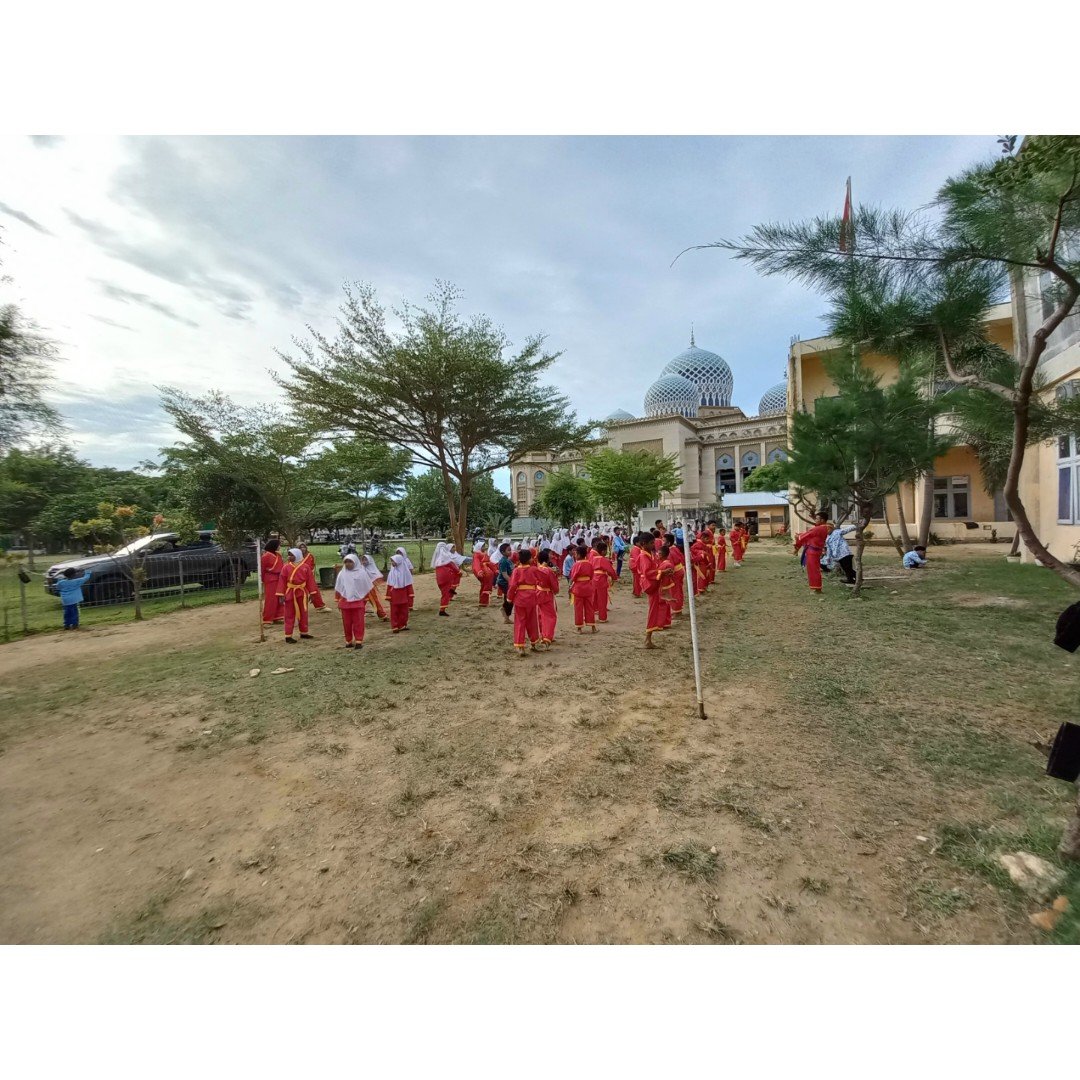 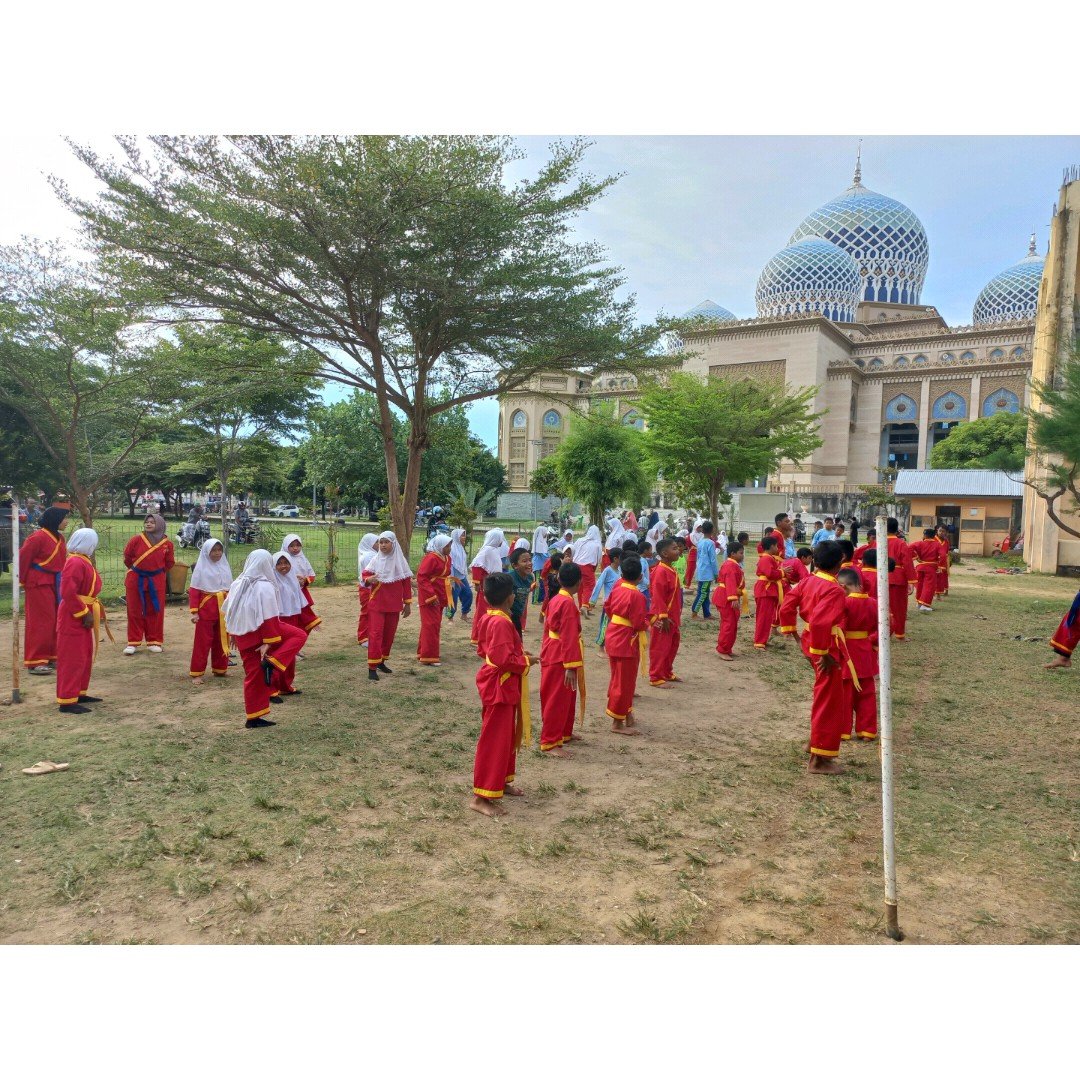 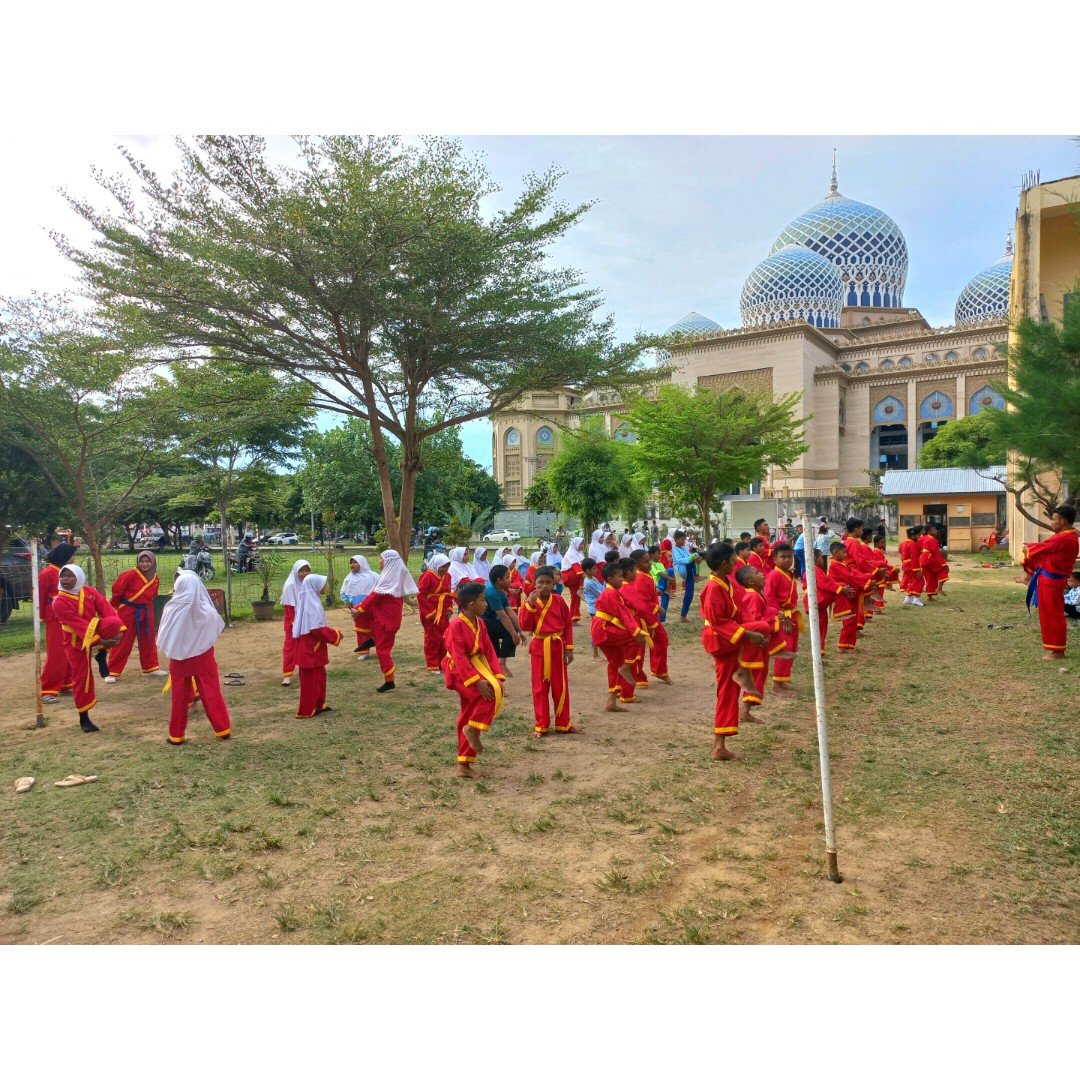 Tonight I want to show you some pictures that I managed to take 2 days ago. In the afternoon, on Thursday, I walked around the city of lhokseumawe. Until finally I stopped for a moment at the Islamic center of lhokseumawe city. There I saw children who were practicing the sacred tread martial arts.

I like the holy site and I happened to see children wearing red and yellow clothes around the Islamic center mosque, then I went there to have a better look. When I got there I saw the children who were practicing with enthusiasm because they were taught by the coach who was also enthusiastic.

Then finally I took out my smartphone to take pictures of those who were practicing before I finally went home because it was getting darker indicating that night was coming.