It's not the usual gaming post as I finally managed to go out after quite a long time. It was yesterday when we went to the lake. A few tens of kilometers from our town is the city of San Pablo. I often went here before the pandemic because of the diverse selection of goods compared to our hometown. The city of Calamba is nearer but I prefer this one because there's less traffic. I had some asthma triggers a few months back so it's better safe than sorry.

I usually go out with my sister but yesterday we had our little cousin accompanied us. She persisted on coming so we let her join. The children seem to be getting sick of the lockdowns so it's a new experience going out after some time. We commuted to our destination. The jeepney driver was kind enough to give us a discount because the children are small and didn't take much space. All walks of life are feeling the inflation so it's quite surprising that there are still some kind souls. Thanks, Manong as I've saved 15 Php.

There were still some detour before we went to the lake. I withdrew some cash at the nearby ATM and bought both girls some school supplies. School will start on August 22 so it's just a little over week. Face to face classes are inevitable but they did adjust it to only thrice a week for elementary and twice for secondary, at least from what I heard. We had the option to walk from where we were but I opted to ride a tricycle because the children's feet might hurt when we got home. The ride costed us 50 Php for three people.
And then we arrived. 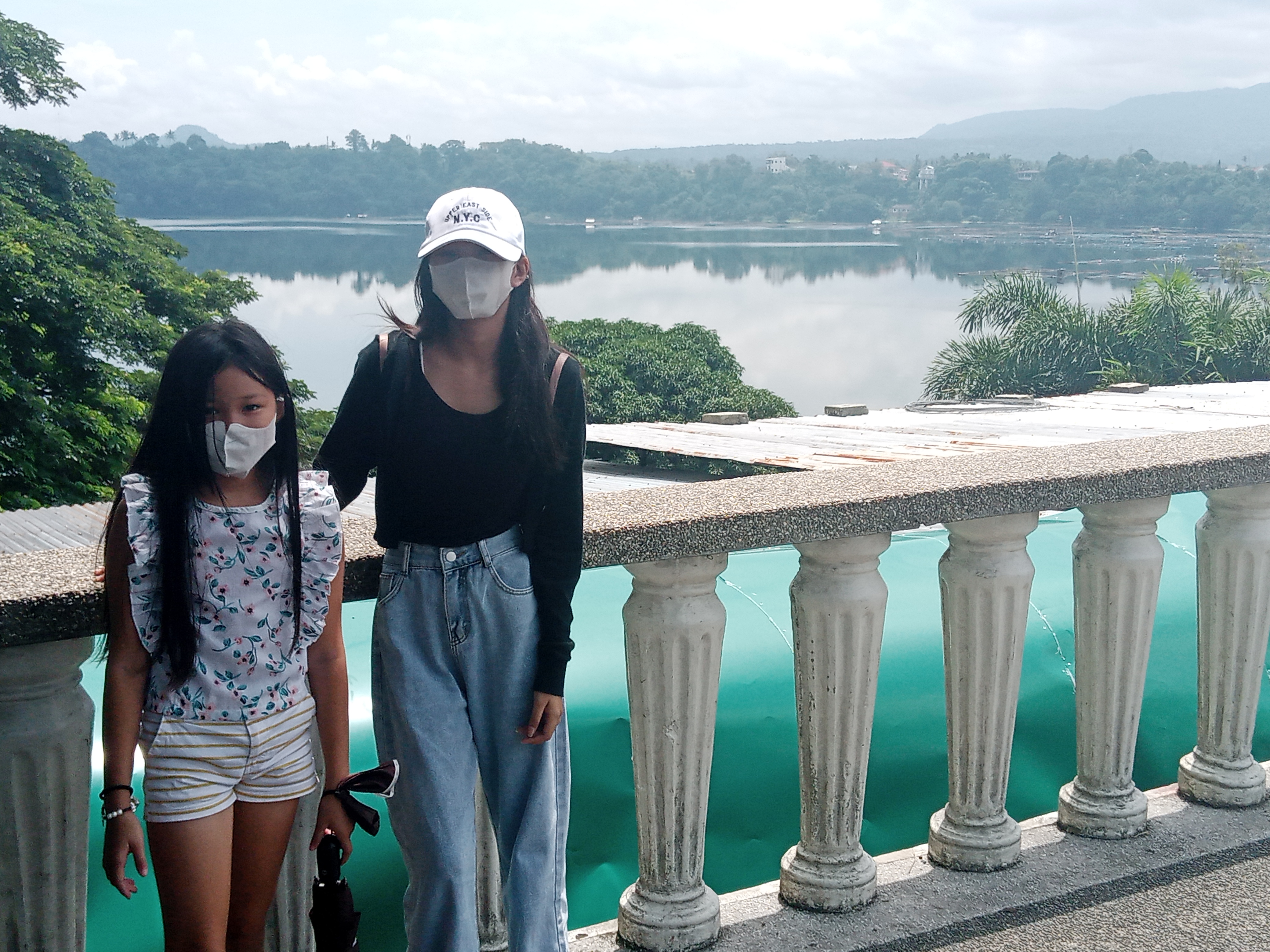 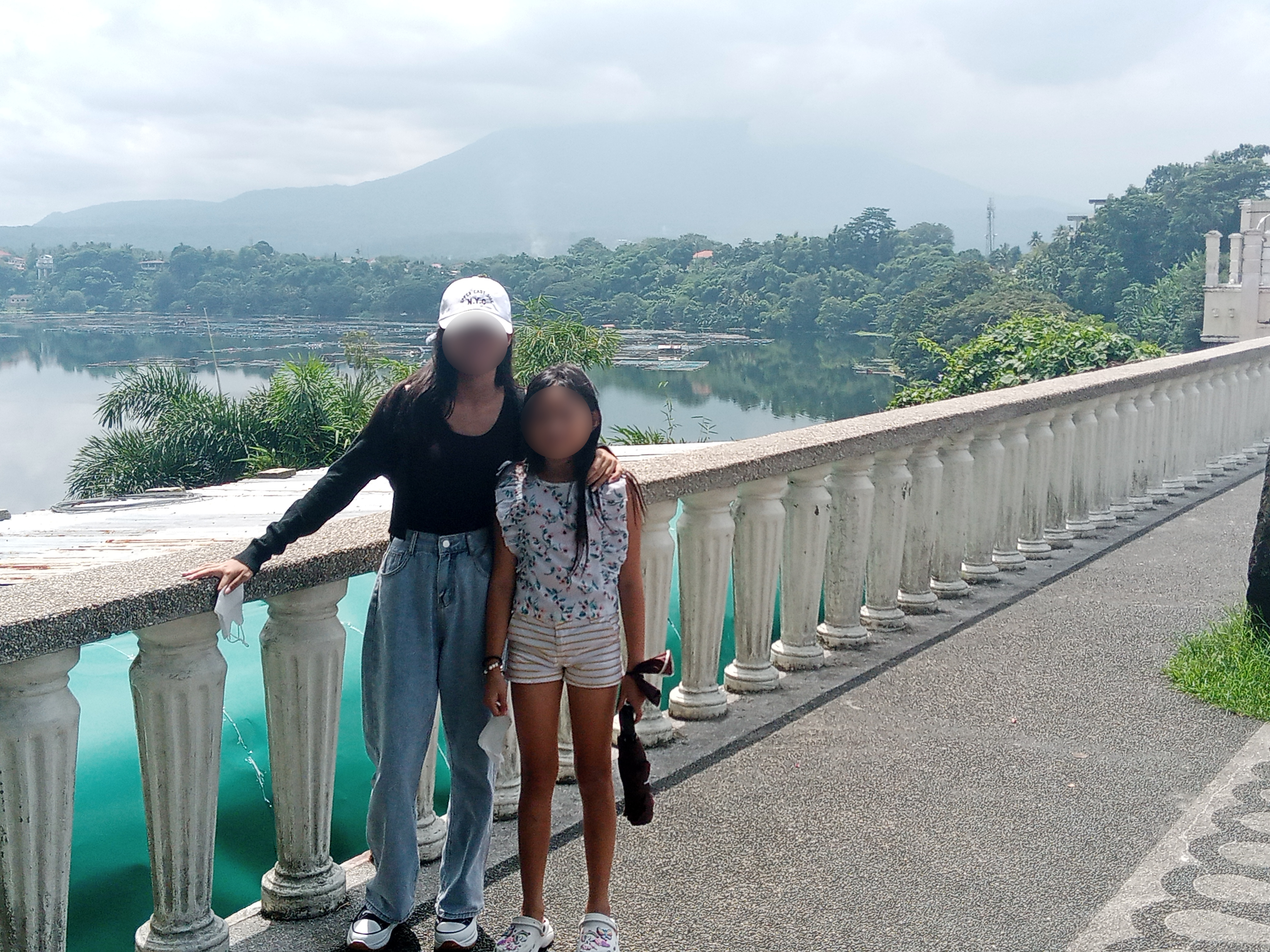 This one is from the top before we go down the stairs. There's around 80 steps so we took our time to relax, rest and grab some pictures. 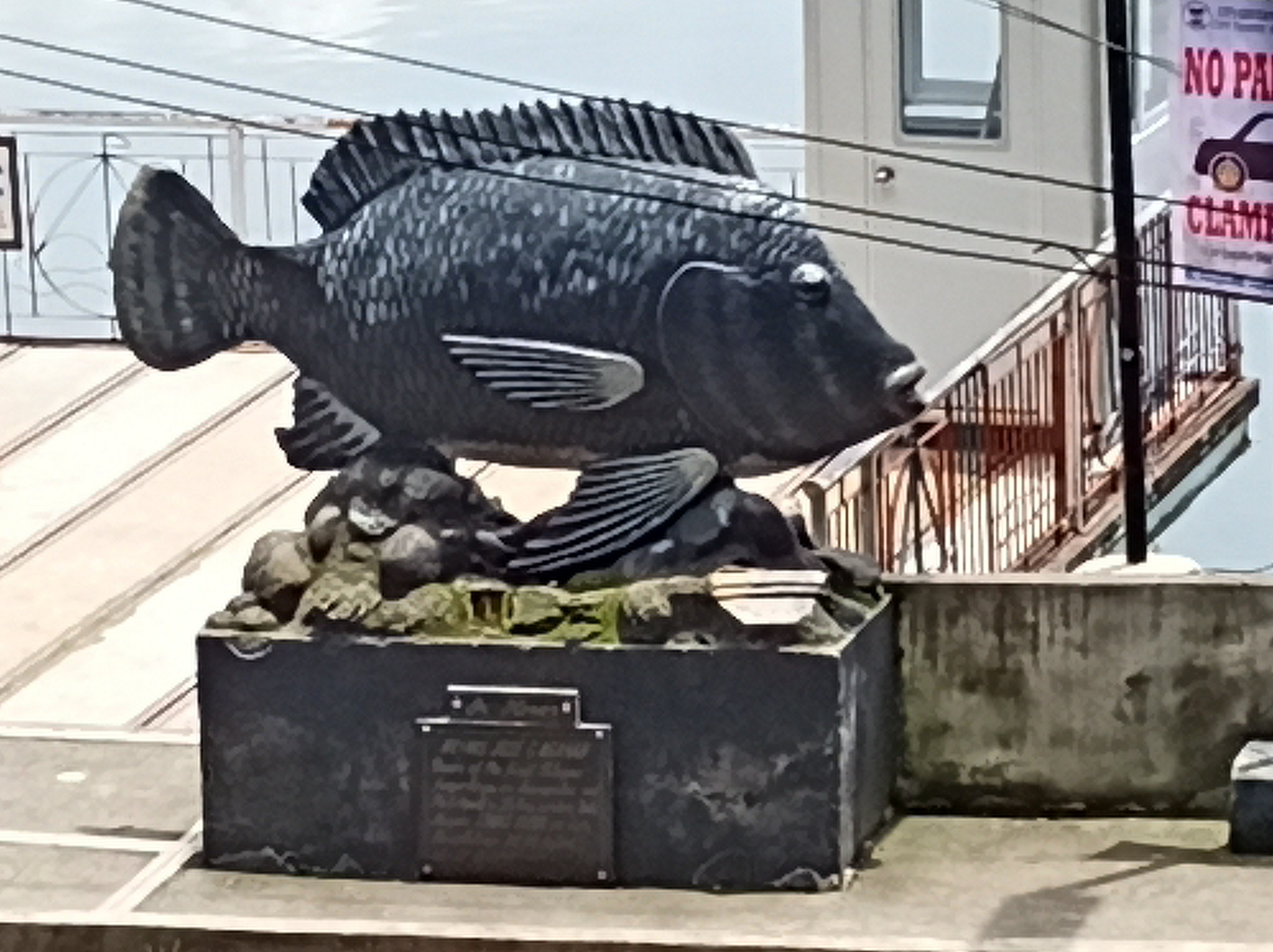 It's good to be young. It's quite a challenge for me because of my current weight. I really need to lose some as soon as possible. It was 10:30 a.m. and visitors were starting to pour in. Both of them liked ice cream so I bought a cone for each. It's quite pricey compared to the usual dirty ice cream sold by vendors near us but it's understandable since it's quite a popular tourist spot for locals. It costed me 30 Php each which is 10 Php pricier than normal. 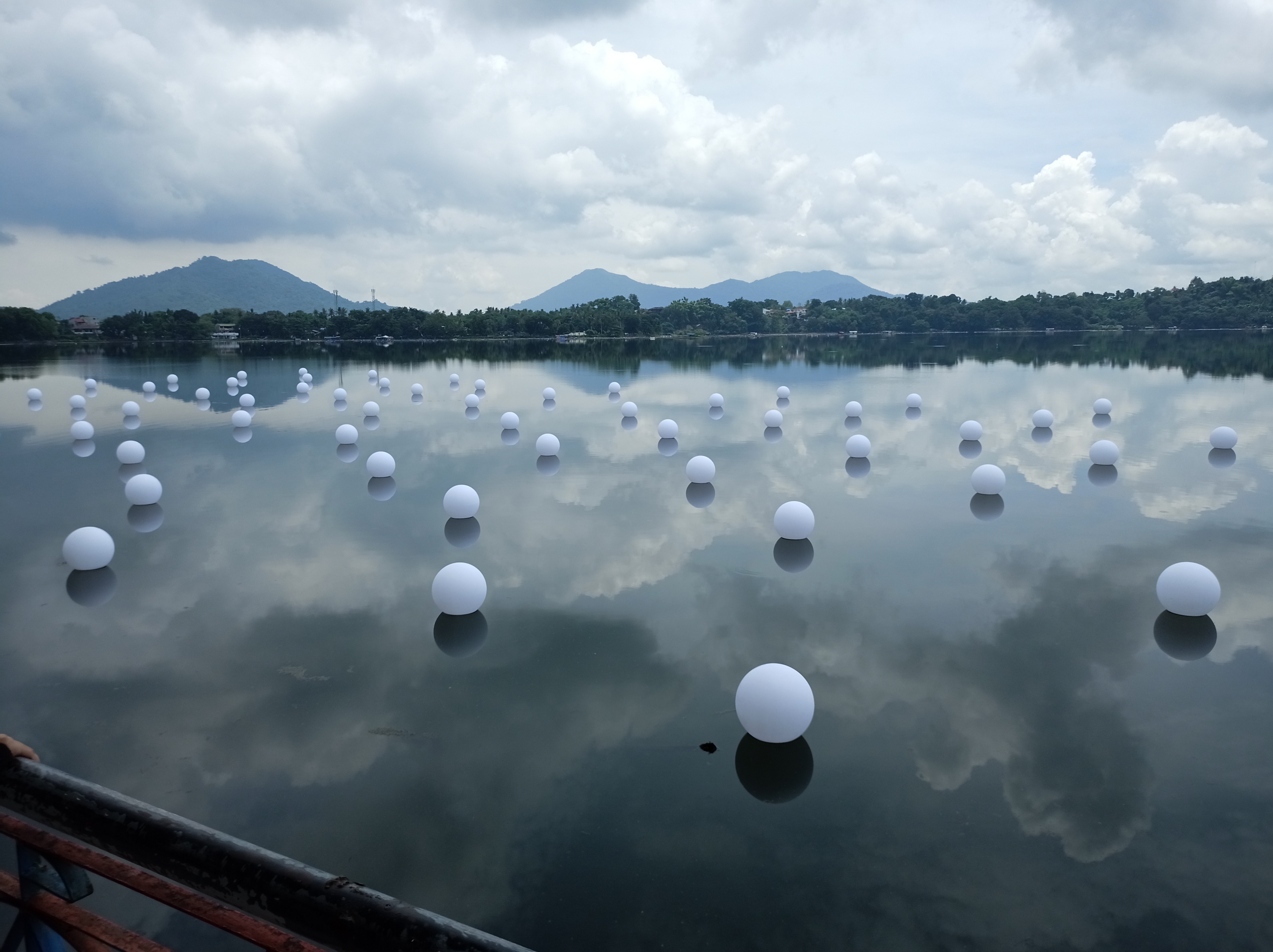 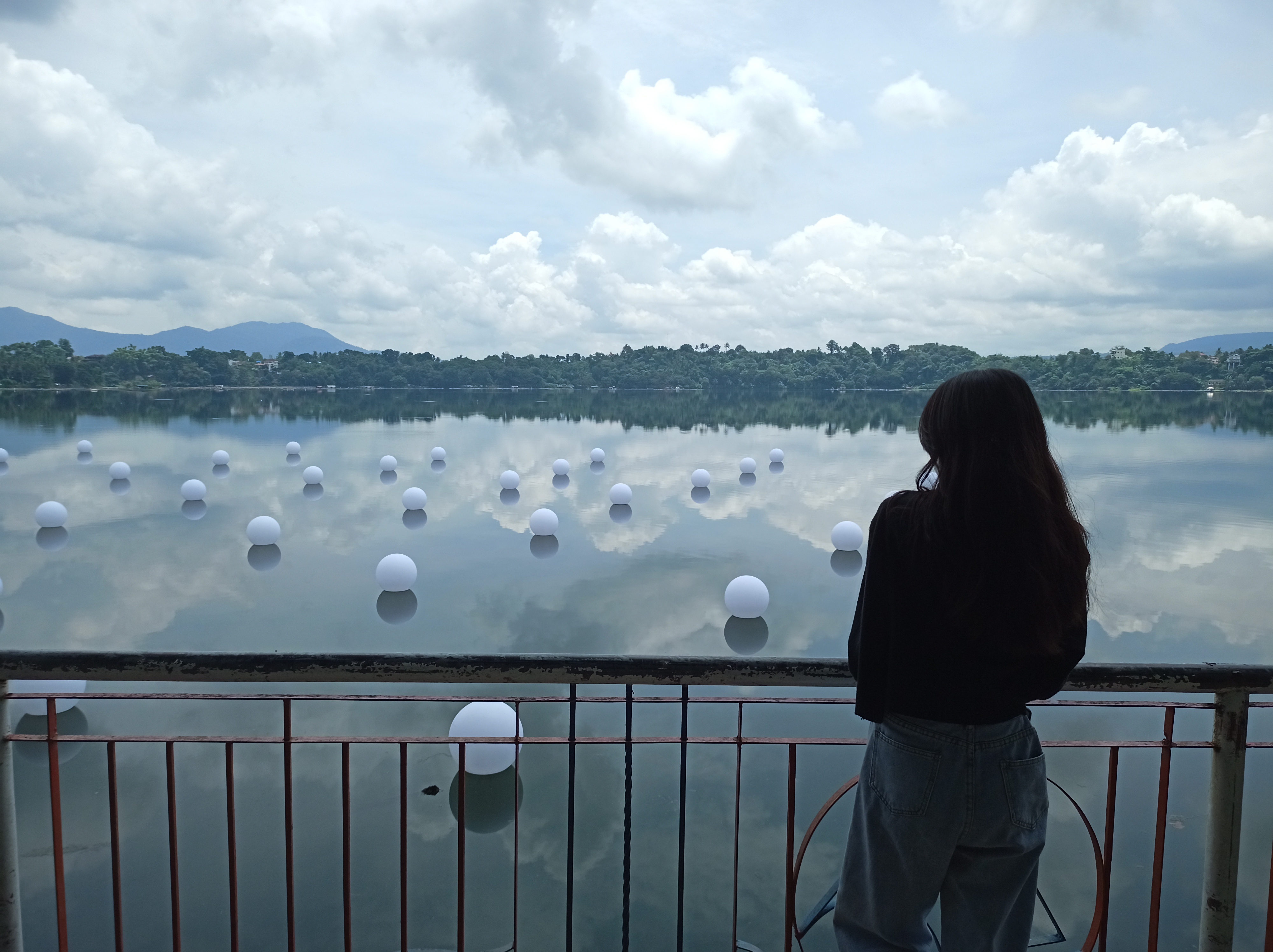 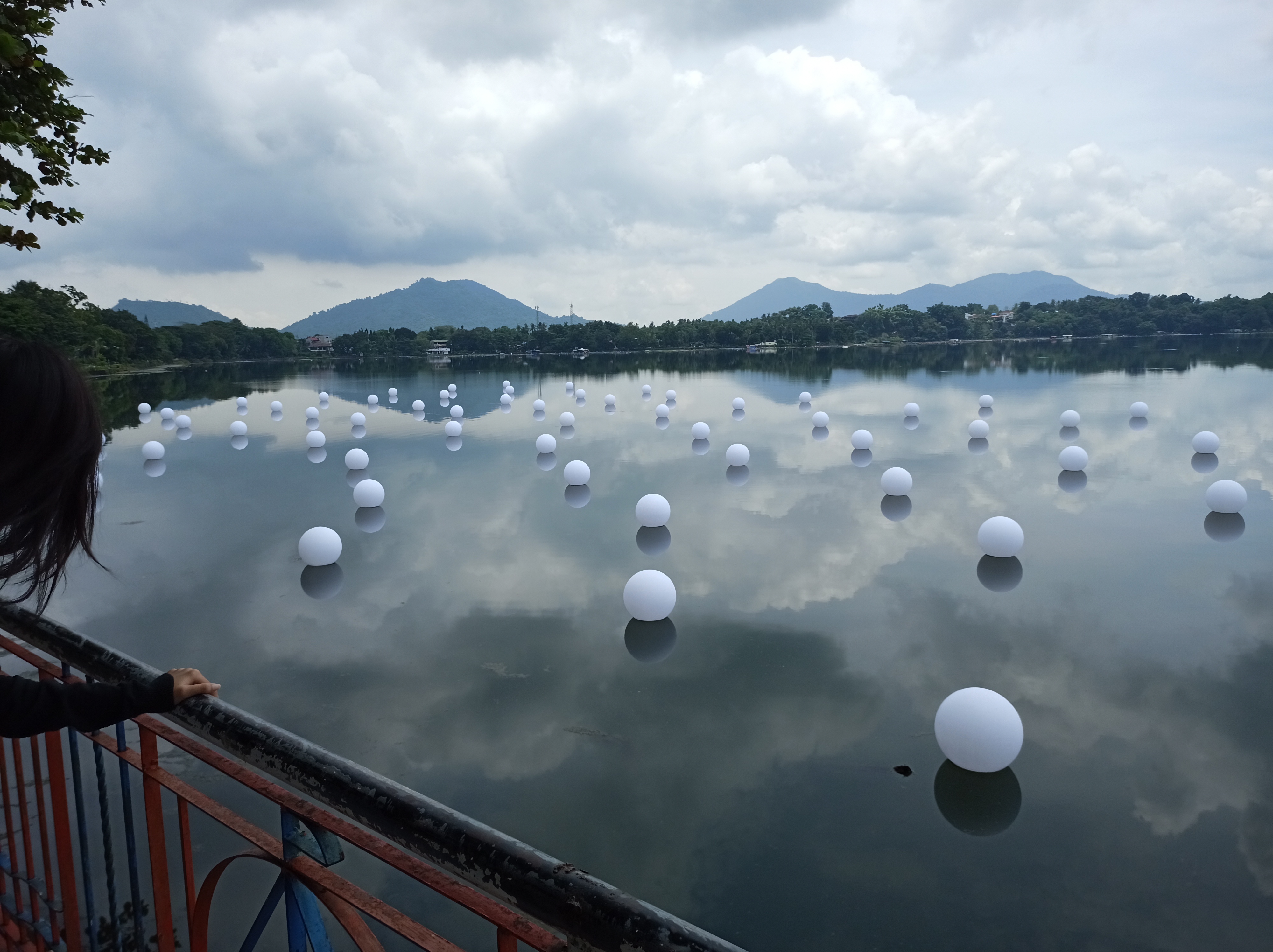 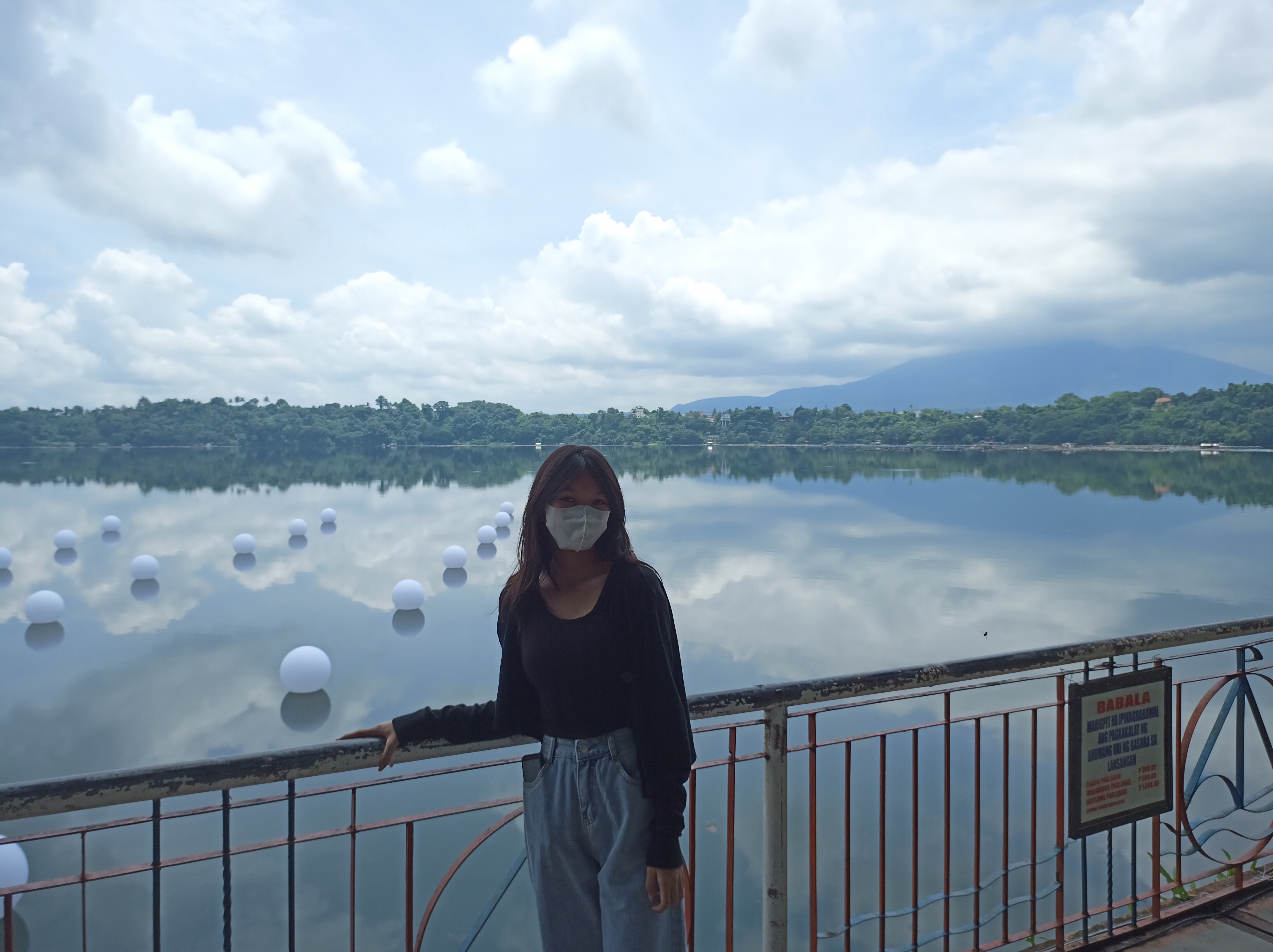 It's my first time seeing those floating balls here. It was said that these balls are lit during the night covering some part of the lake in pink and violet hue. It's a pity we didn't see it in person. We did manage to see in some posts in social media and it's beautiful. I think I need to find some time to go here during the night. Hopefully, these balls are still around by then. 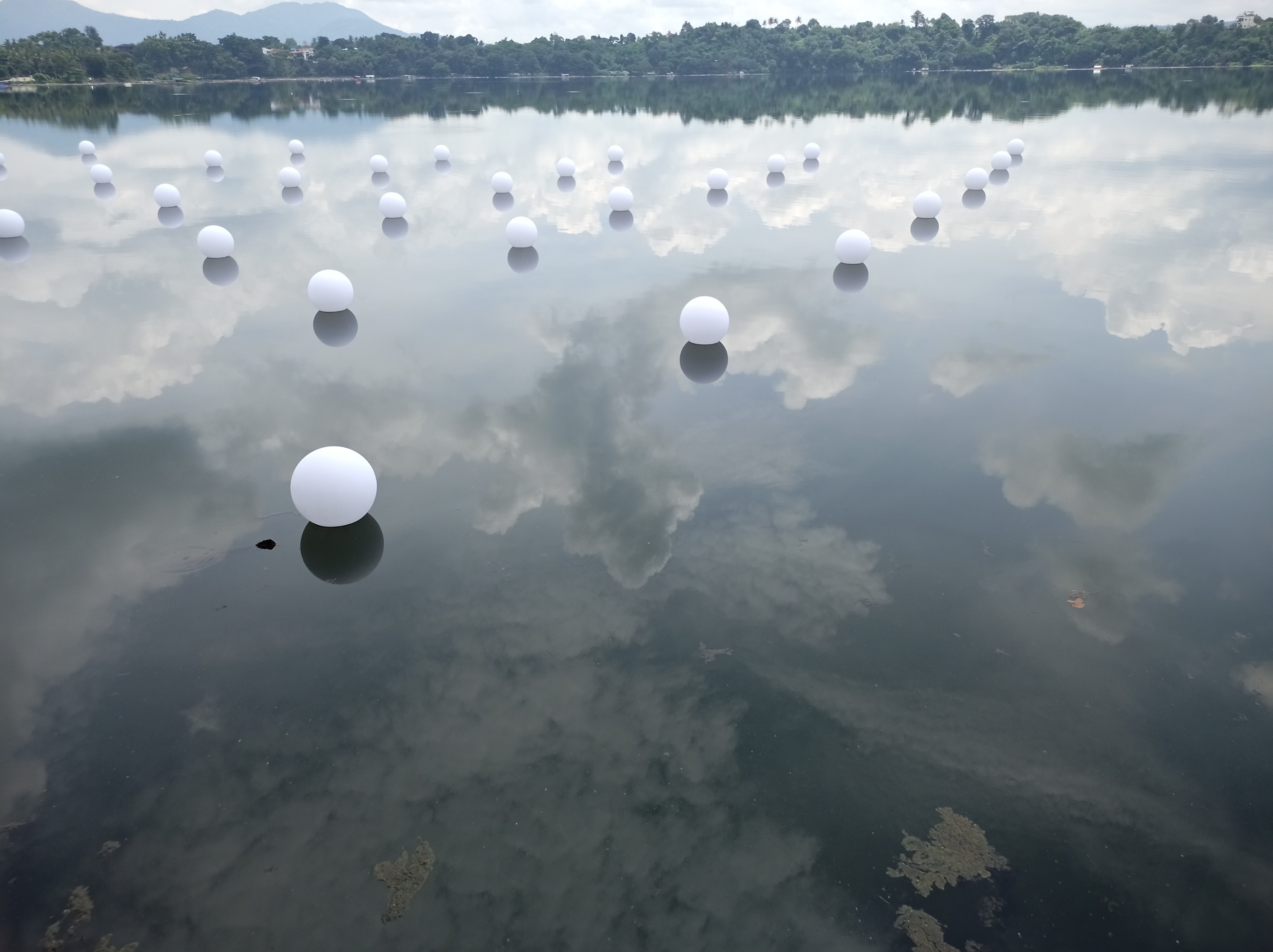 The lake is really pretty near the center. It's like a huge mirror reflecting the sky and the clouds from above. Coupled with the mountains in the background it could have been a perfect scenario. The problem is that the sides are littered by garbage. There's also something like a sludge splattered by the side. It's a pity. The local government clean the lake from time to time, there's also an ordinance stating that there's a fine in littering. 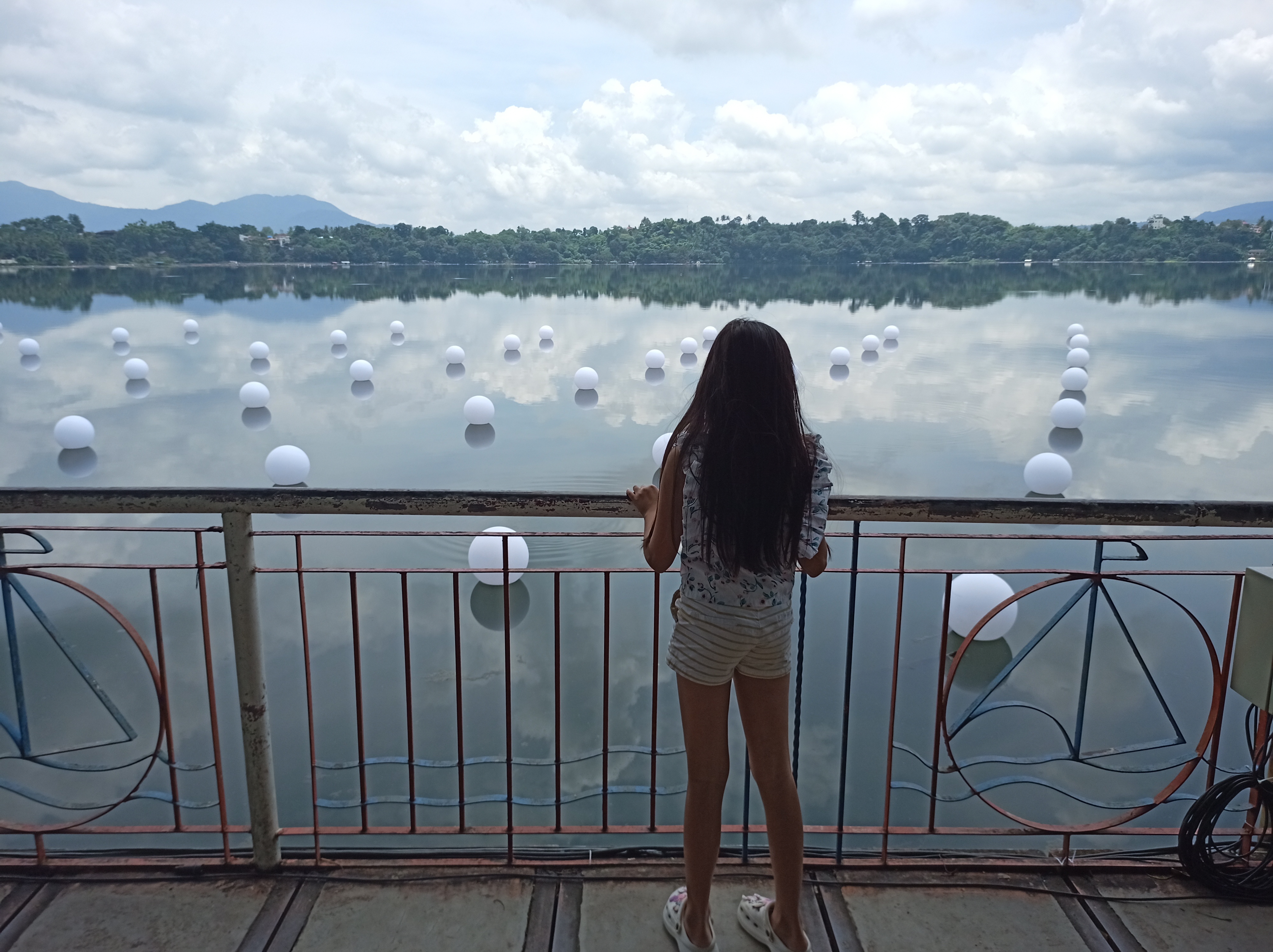 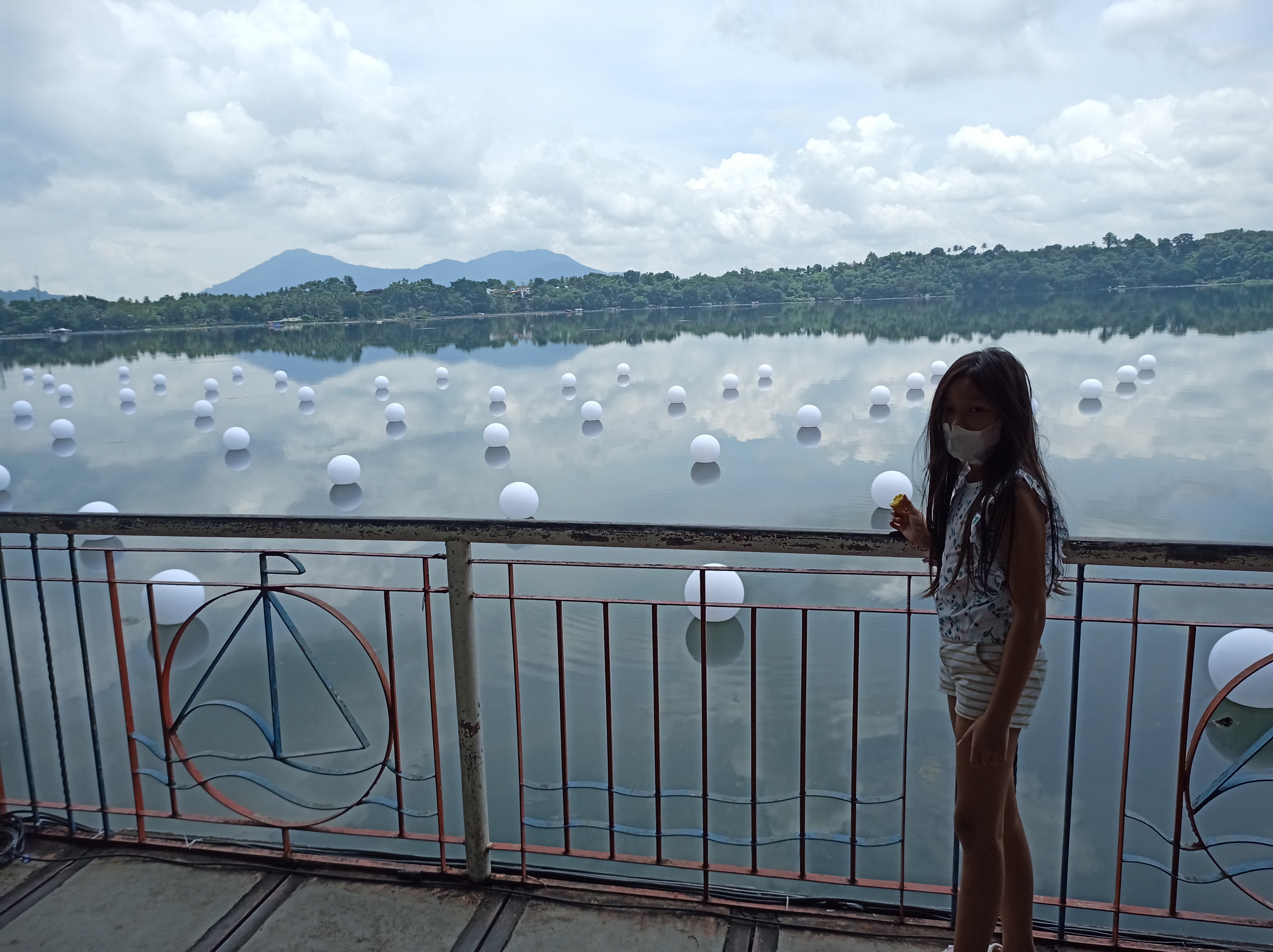 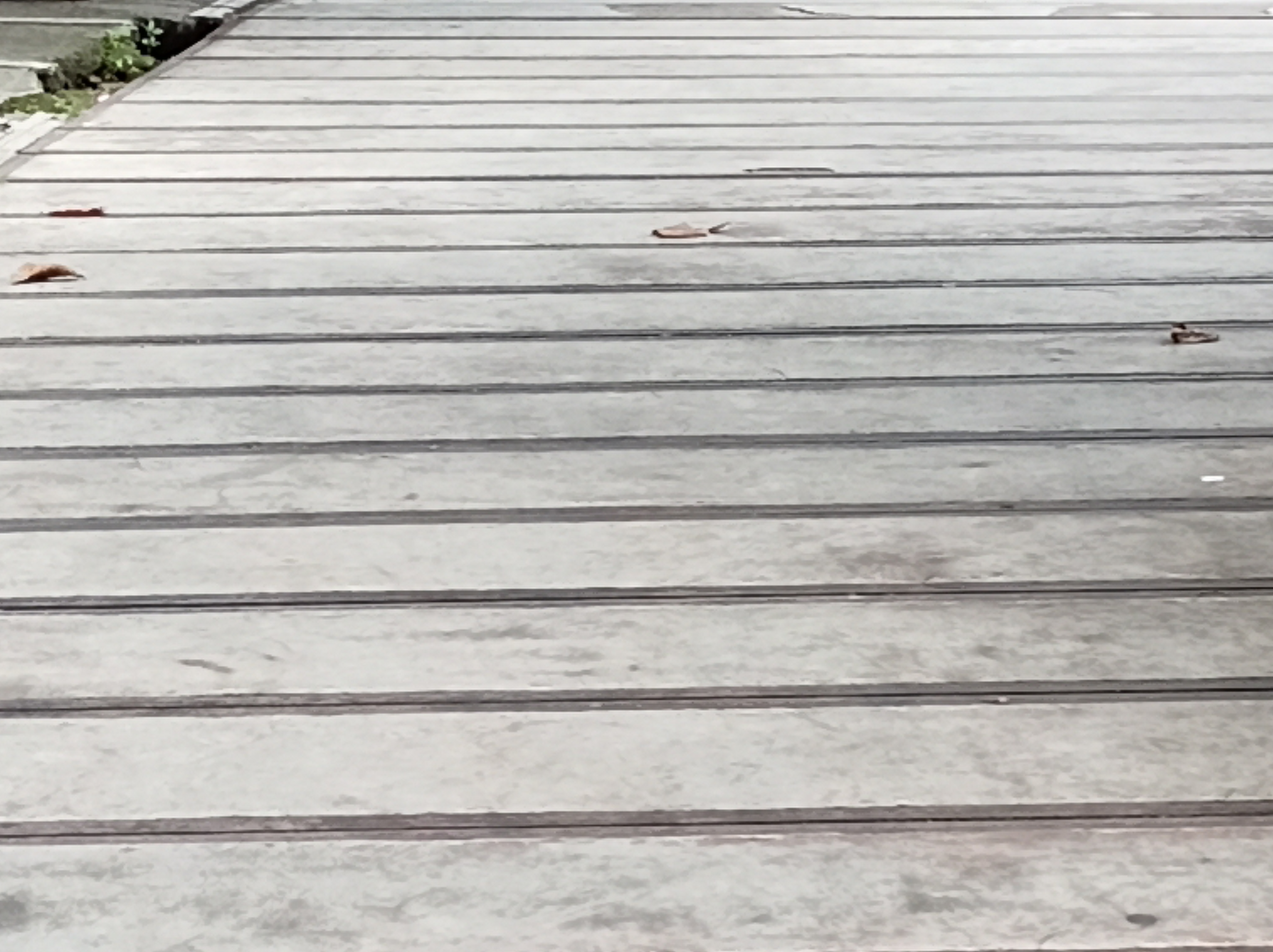 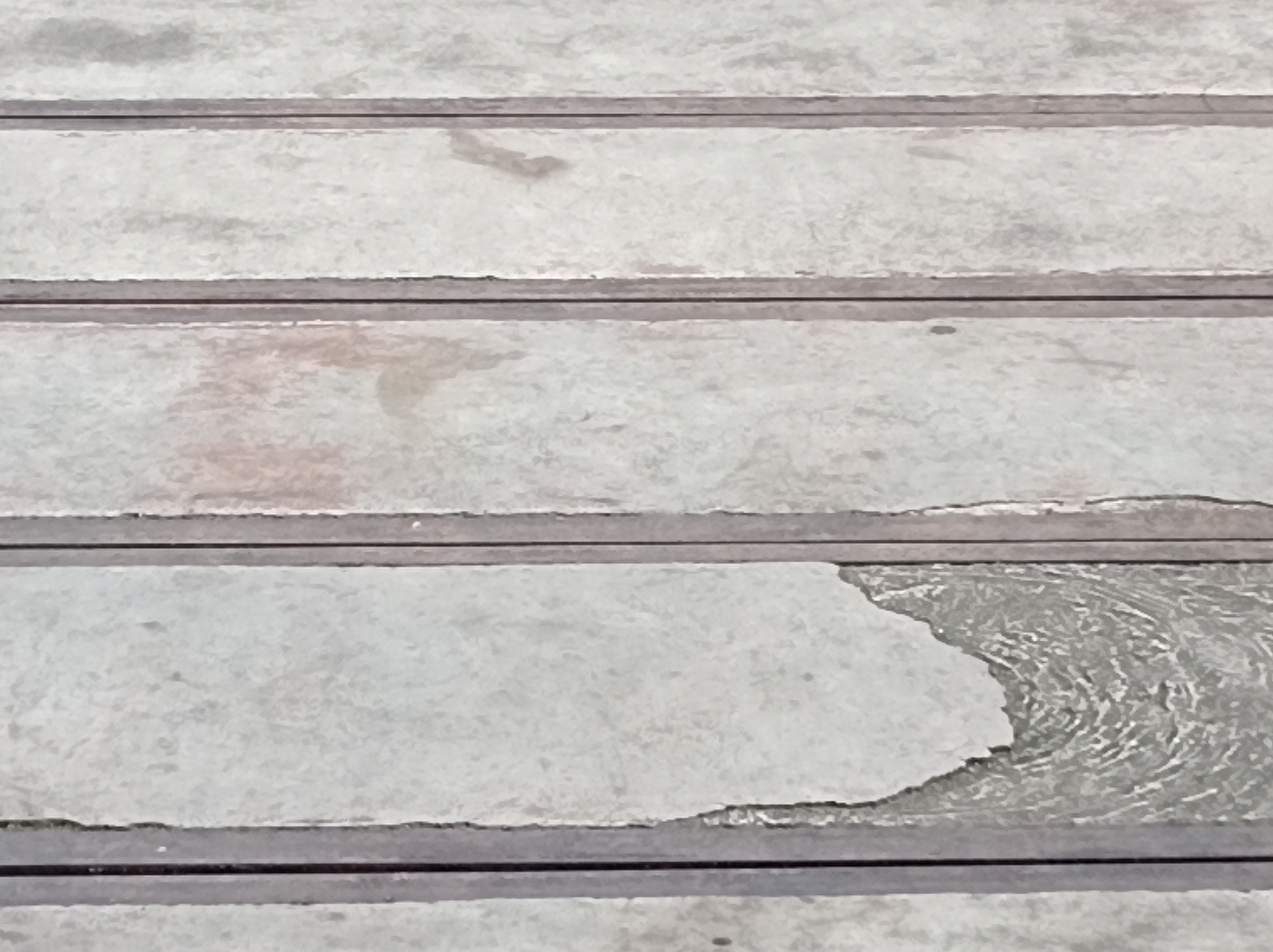 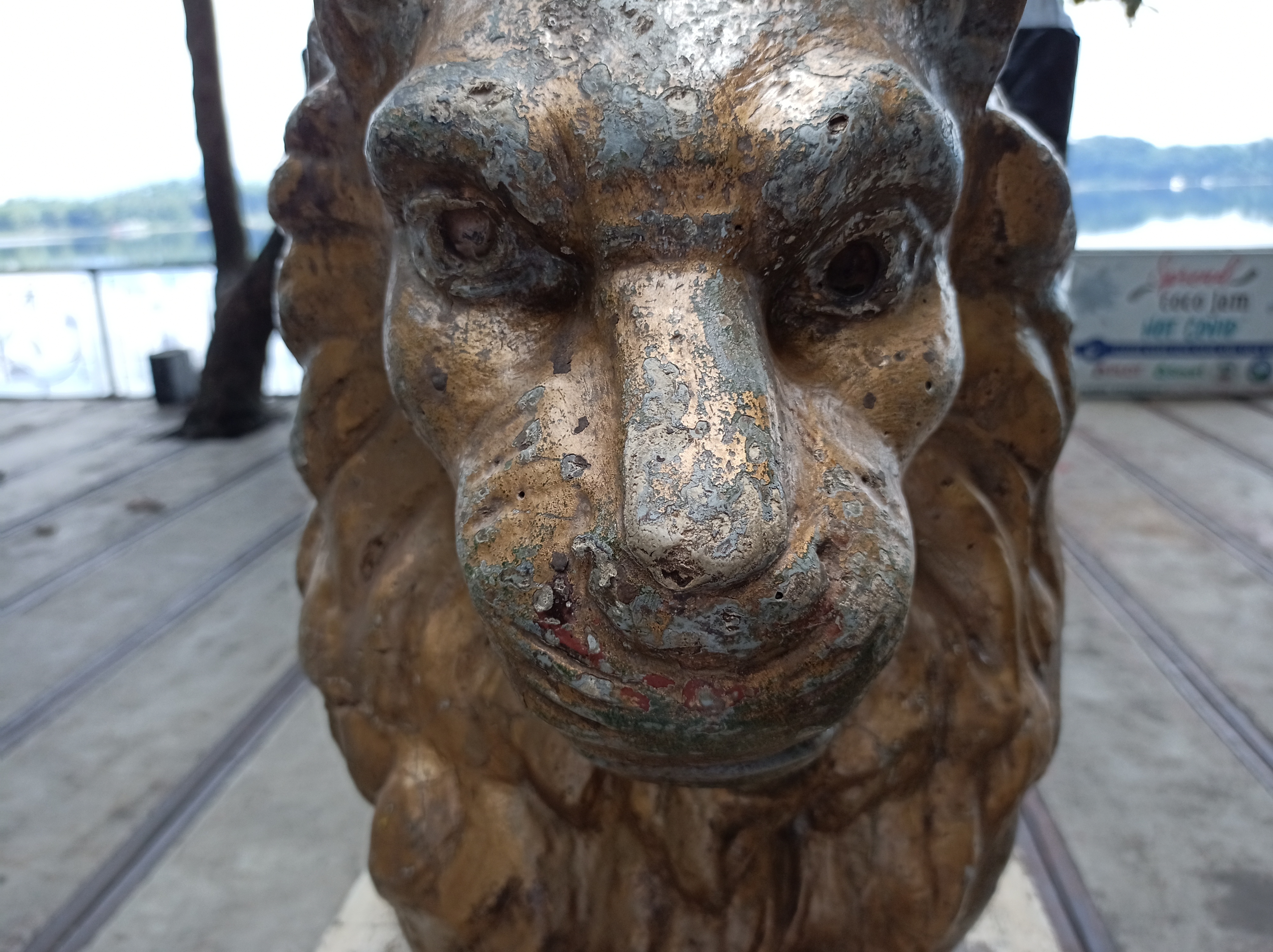 We've also seen lots of red tilapias and other fishes near the shore. It felt so uneasy that they were swimming with the waste by the side. It's not much but it still was uncomfortable. I hope the lake will be a lot cleaner when we go back in the future. 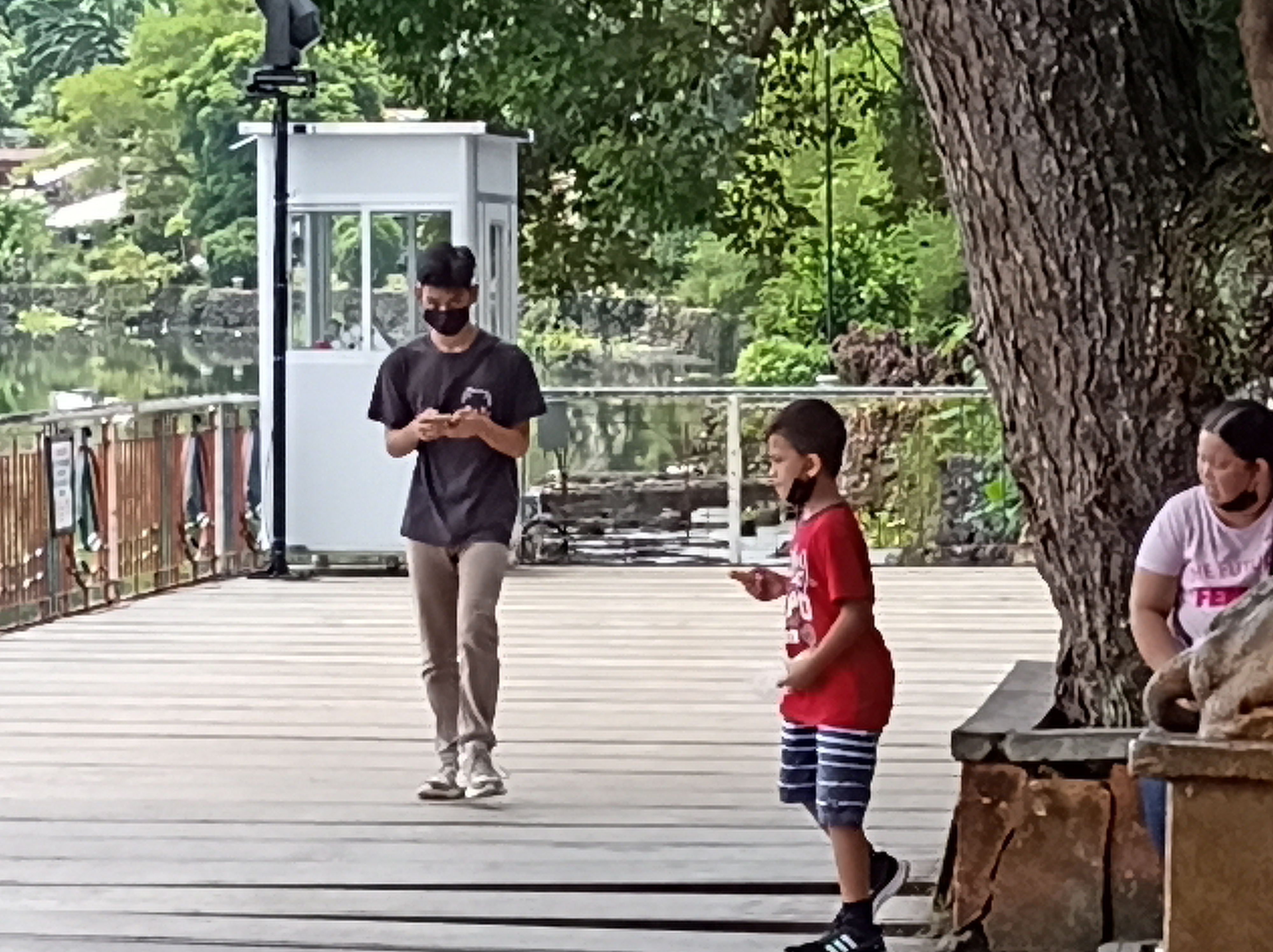 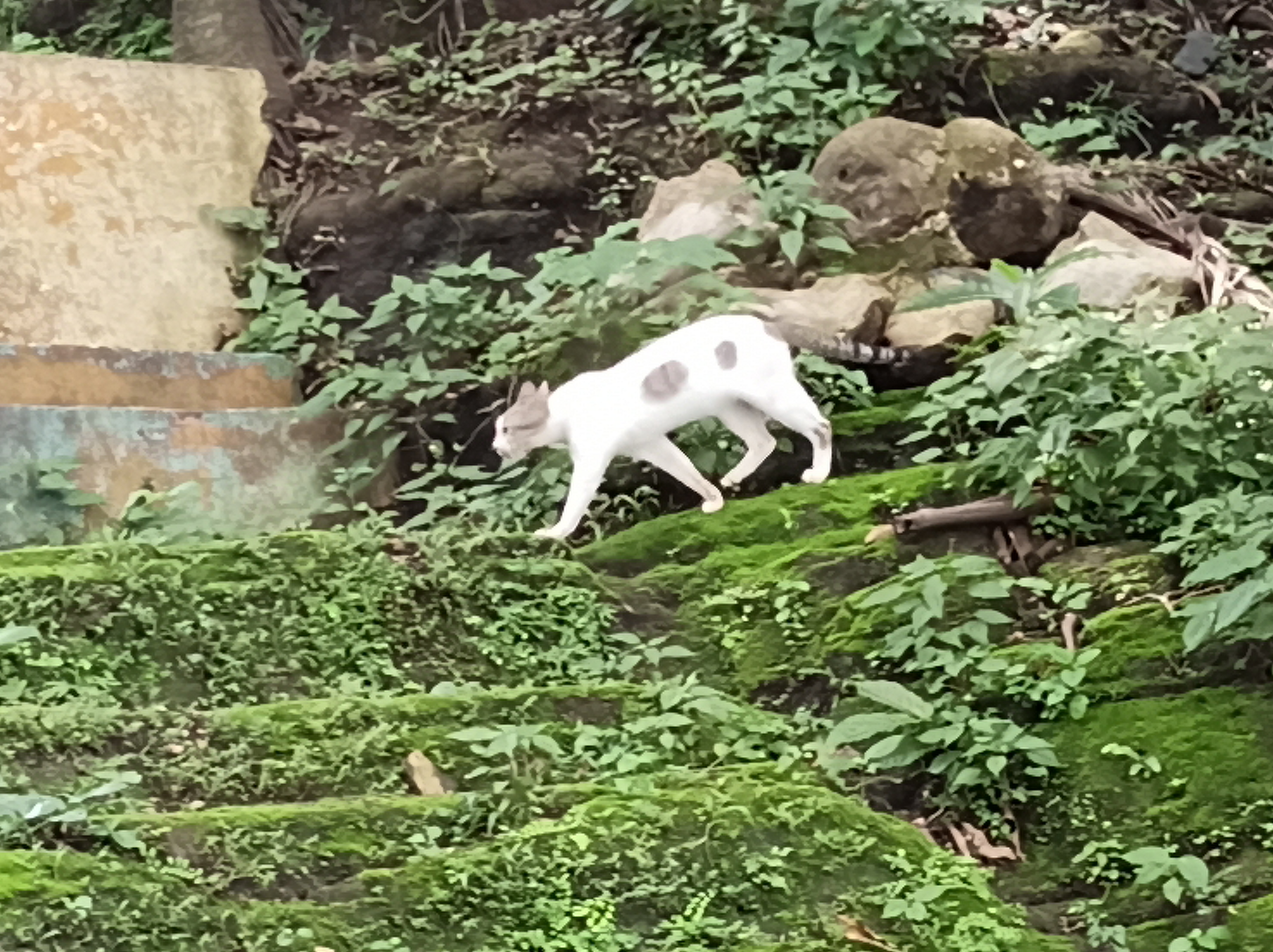 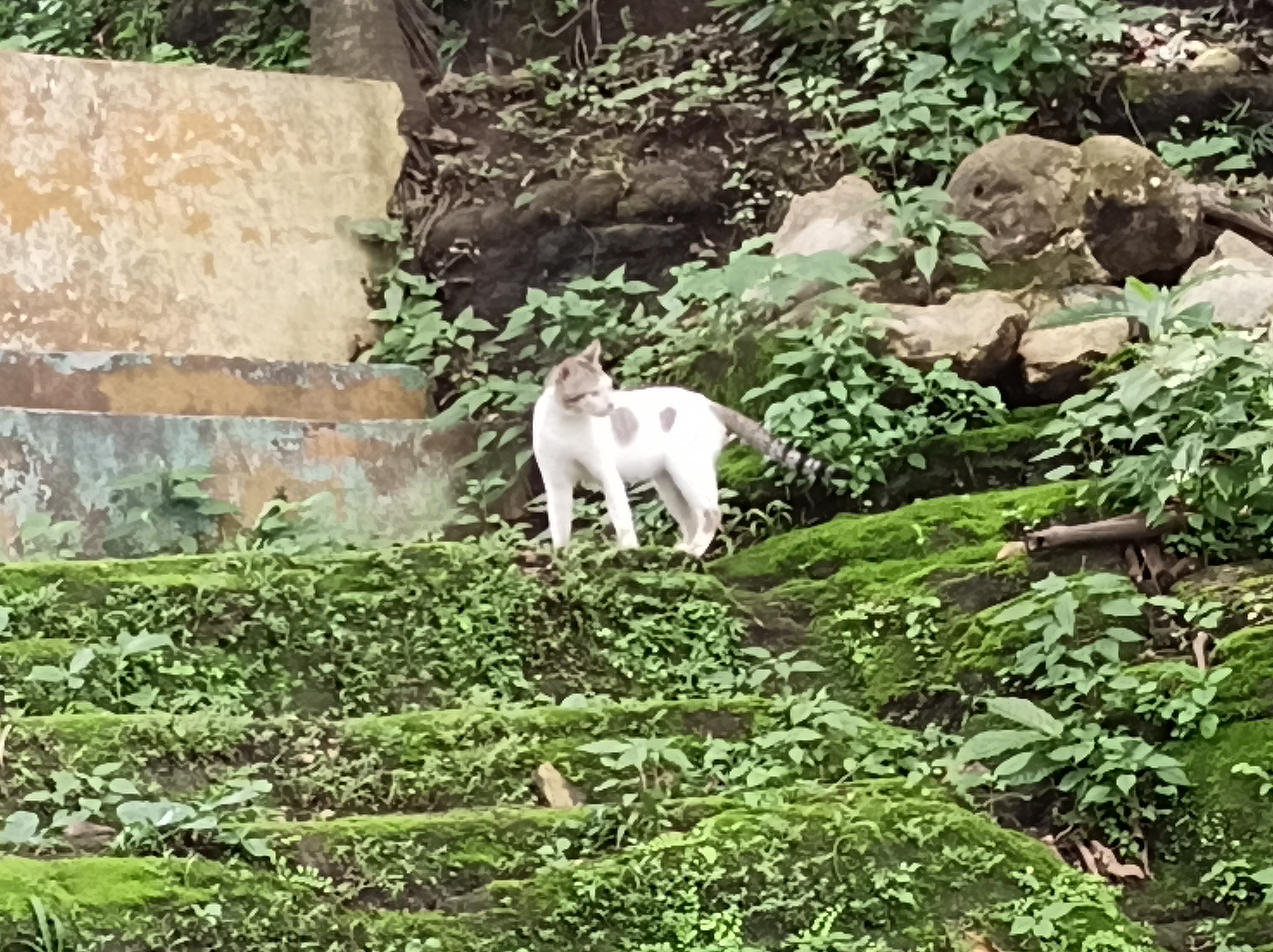 Both people and animals seem to be enjoying the refreshing feel of nature. It was already 12:00 when we decided to go back. We planned to go to the mall but there was some accident so we just dined near the plaza. 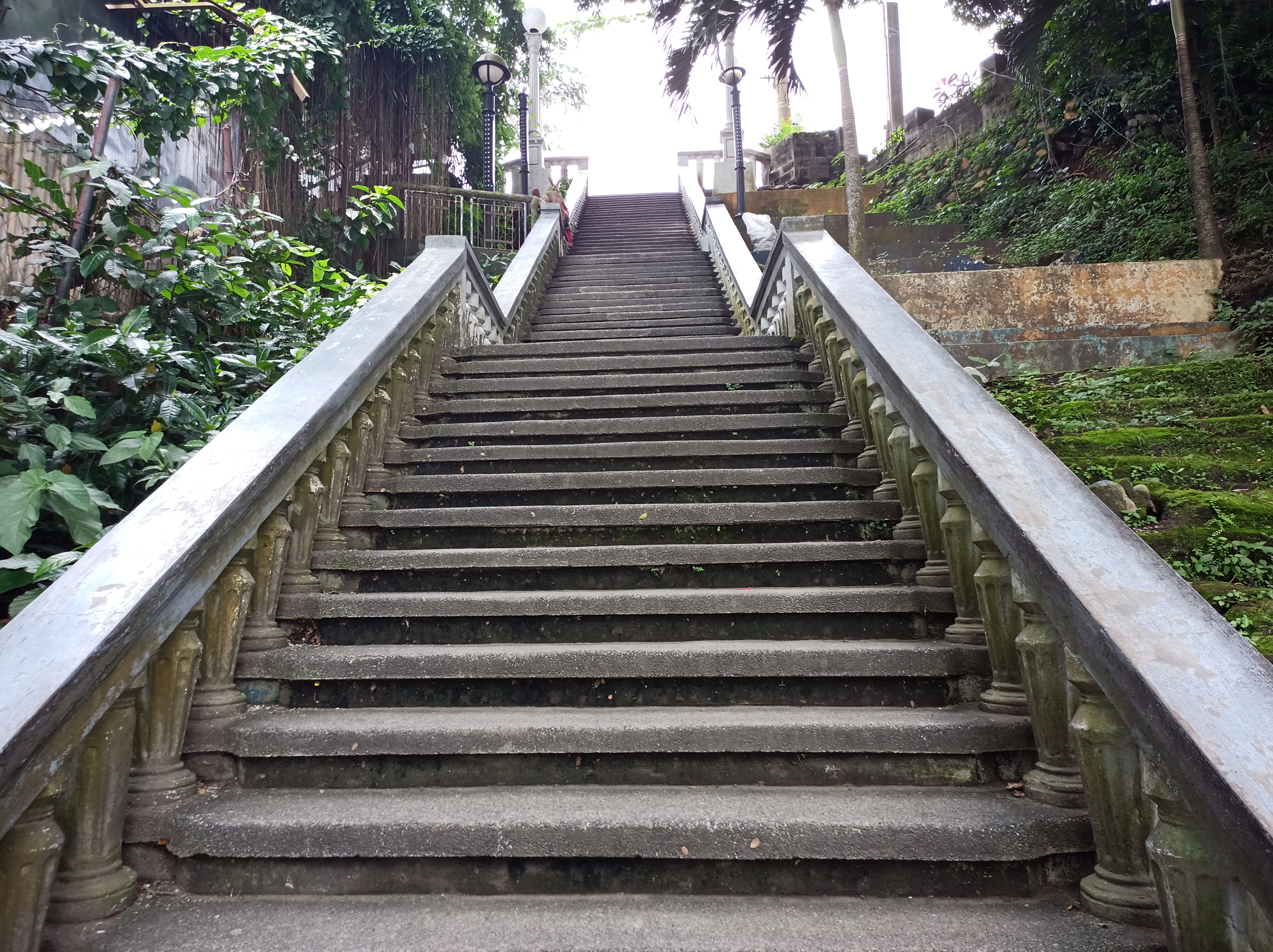 And that's all. Thanks for tuning in. Have a nice day.

The balls are really floating! I mean they look so incredible!
It's so beautiful really. Imagine if the side of the lake is also clean, but then it's not. Unfortunately.
I hope people will really be disciplined not to throw their garbage there.
It's such a pity really.

Nice to see you enjoying the weekend!

They are like huge versions of Moon Lamps being sold in e-commerce platforms like Shopee.
Yeah, it's a pity. There are lots of stores around the lake which where the majority of trash came from.
I do hope that both tourists and vendors become more responsible and disciplined.

Ohh I see, yeah at least the vendors should be more disciplined and responsible. If the lake will be so dirty, less tourists will come so they won’t have sales. At least they should start.. then later on, warn visitors to be responsible.

Glad that you enjoyed the place somehow haha Sampy's lake isn't that clean for sure but the locals are trying their best to have it at the very least have a passing mark. The sorbeteros will always charge a premium there so better buy elsewhere talaga but since we have the convenience that is mostly what we pay.

Hopefully, you can visit the other lakes in San Pablo too! Also, there might be a meet-up for Hivers in the South this December if you have an idea of where it can be that will be great!

AYYY gusto ko yan! Let's chat via discord and have it planned!

Contest: Nominate a symbol for the quark.

Hi @lordkingpotato,
I really enjoyed your #sublimesunday tagged post full of pictures and quality content. It has been upvoted and resteemed to show my appreciation.
This #sublimesunday tag is supported and curated by witness c0ff33a

Thank you very much man and to the #sublimesunday team.
I really appreciate it. I rarely go outside so it'll take some time for me to make some posts like this one.
Anyways, thanks again and have a great day. :D

Wow. Brings back memories. There used to be fish-pens where the "balls" are so this is an upgrade, and way better than before. Also, looks clean and beautiful. I can't wait to go back and visit this place. Thanks for posting, @lordkingpotato. !PIZZA

Congratulations @lordkingpotato! You have completed the following achievement on the Hive blockchain and have been rewarded with new badge(s):

It looks like you had a great day with the girls. It's a pity to hear that the lake is not clean but it's still beautiful on your photos :) I'm sorry to hear about asthma trigger and hope you won't have them anymore :)

Thank you for sharing!

There are 7 lakes in the city. This one is the largest and the closest to the establishments like shopping malls. I visited the other lakes some years ago and they were alot cleaner, particularly the one called Pandin.

Welcome. Thank you very much also for the appreciation. :)

The reflection of the sky and the balls look fantastic.
Nice shots.

Thanks so much for that summon. Appreciate it very much! :D