As you might know, I have been obsessed with 3D printing for quite some time. I started out with Mecreator box printer and quickly upgraded to the Ender 3 Pro for larger prints and more versatility. I have wanted to learn 3D design for a while and I finally decided to take the dive and learn to use Fusion360. I wanna make custom shit to sell online for extra cash. I don't know exactly what I'm going to focus on making, but for now it's learning the basics then moving to more complex sculpting. 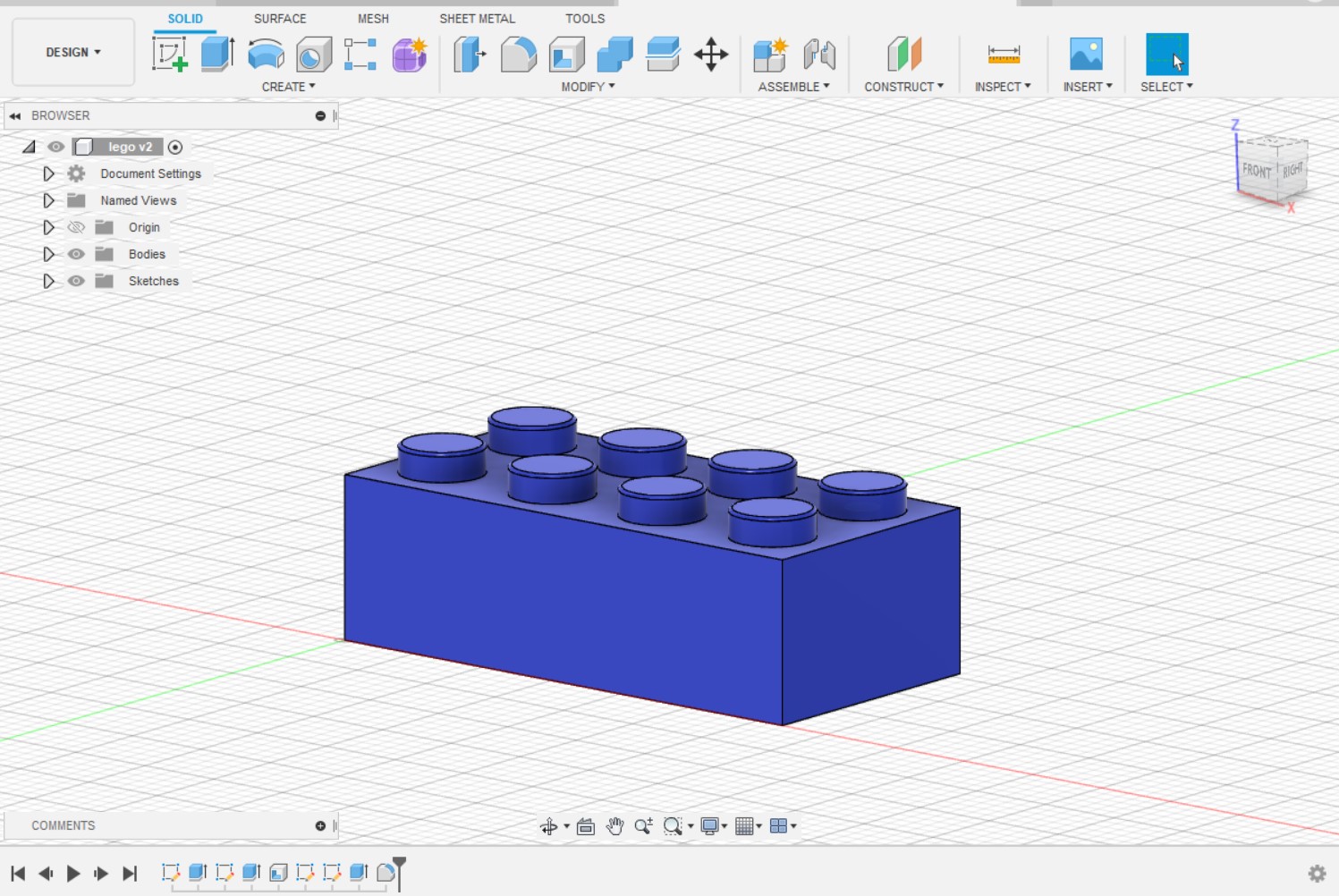 So the first thing I decided to try was a Lego brick. I found some youtube videos to start and just started playing with it. Luckily I was able to find the exact dimensions of a lego brick after some googling. For this design, I used the Box feature to make the rectangular shape. At first I was using the Rectangle tool then Extrude to give it depth. One thing I've learned is there's always multiple ways to get the desired result with this amazing program. After getting the basic shape, I drew a Circle on top and used the Rectangle Pattern function to make the pattern of the connector cylinders on top. I used the Fillet tool to round the edges of the top connector pieces. 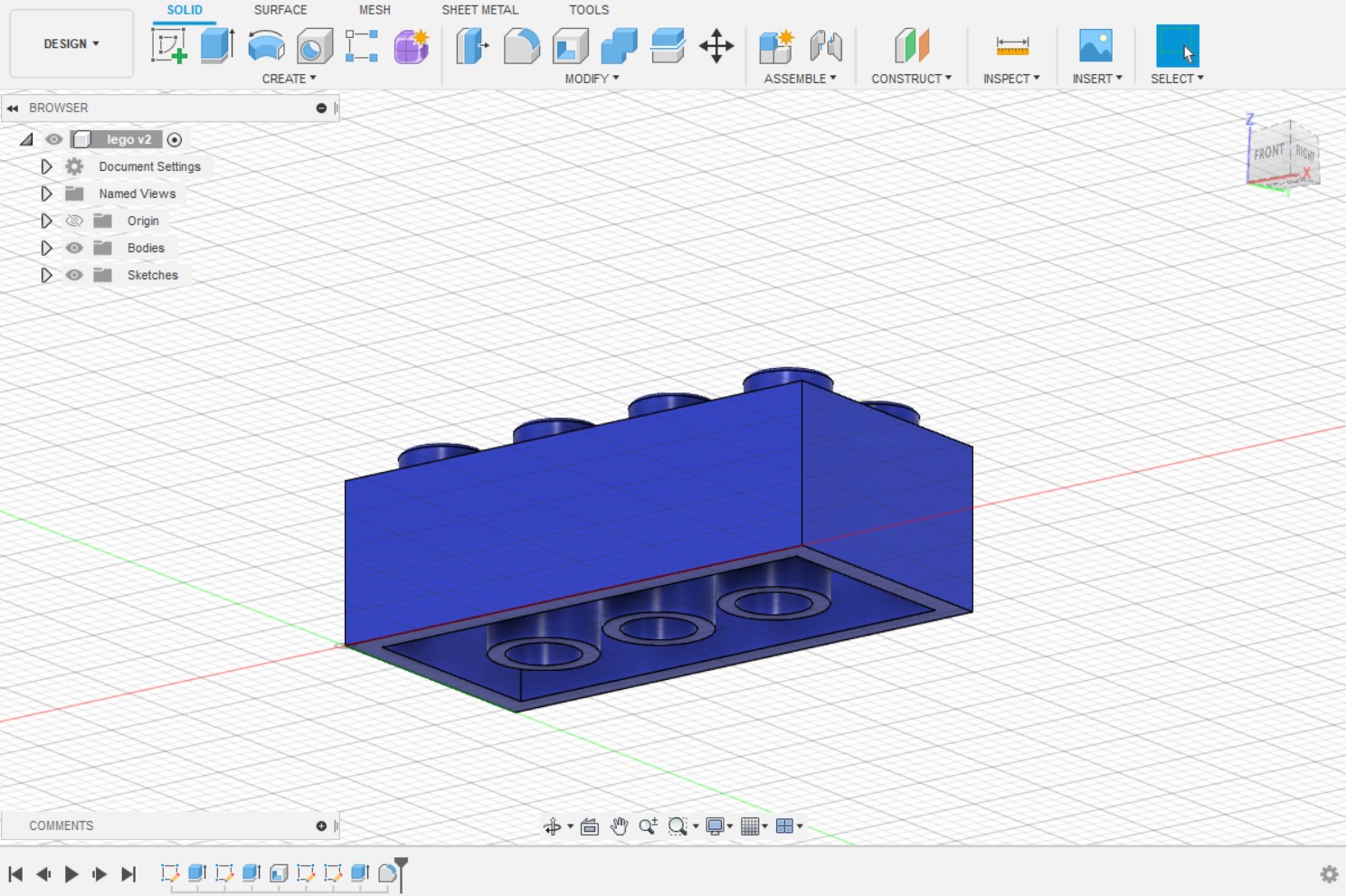 After I had the top done, I moved to the bottom and used the Shell feature to hollow out the bottom. Then I added 3 cylinders and used the Shell feature to hollow them out. Boom! Now I have an exact lego brick model. Pretty fucking cool to see it all come together. The finishing touch was the Appearance feature I used to add a blue plastic look to the model. Great design for beginners to play with. 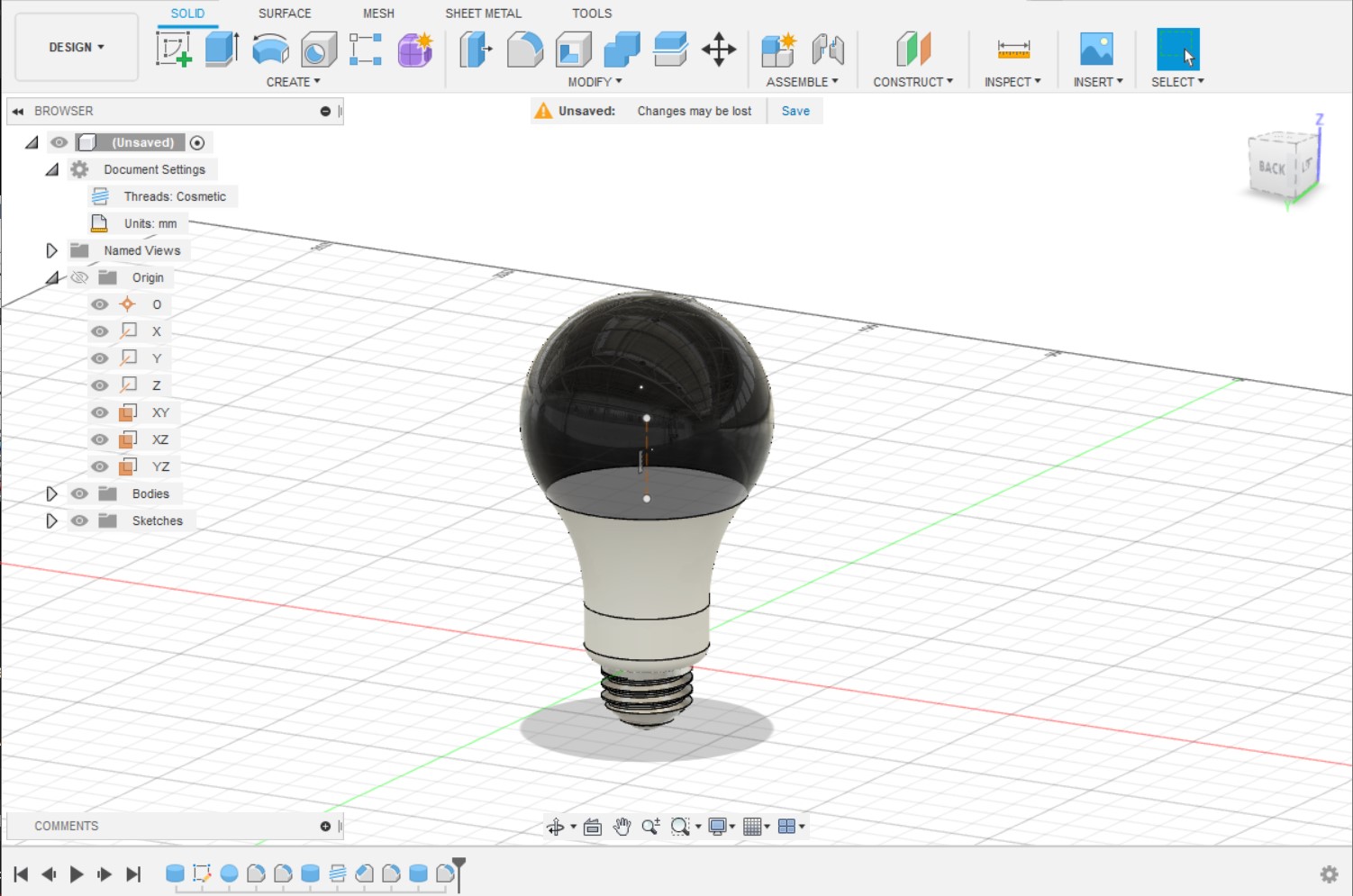 The next thing I decided to model was a light bulb. Why? Because it looked hard just trying to figure out where to start. Once I got started, it was actually really easy. I found the dimensions of a random bulb and went to work. First I started with a cylinder for the base and added a sphere to the top. I made sure to used the Join function to attach the 2 shapes together. Once I had to cylinder with the sphere attached, I used the Fillet function to make the sphere smoothly transition to the cylinder base. Now I had a general shape without the threaded stem. To add the threaded stem that screws in, I added another smaller cylinder to the base and used Fillet to round the edge. Next, I used the Thread function to create the threading. This part kinda blew my fucking mind. Fusion360 has a lot of standard threads built in that you can customize. I selected the thread standard for a light bulb and magic happened. Then I added one more smaller cylinder to the bottom, used Fillet to round it off, and BOOM! Light bulb. Added a glass Appearance and plastic to the based. Then added Aluminum to the stem. This was actually a lot easier than it looked. 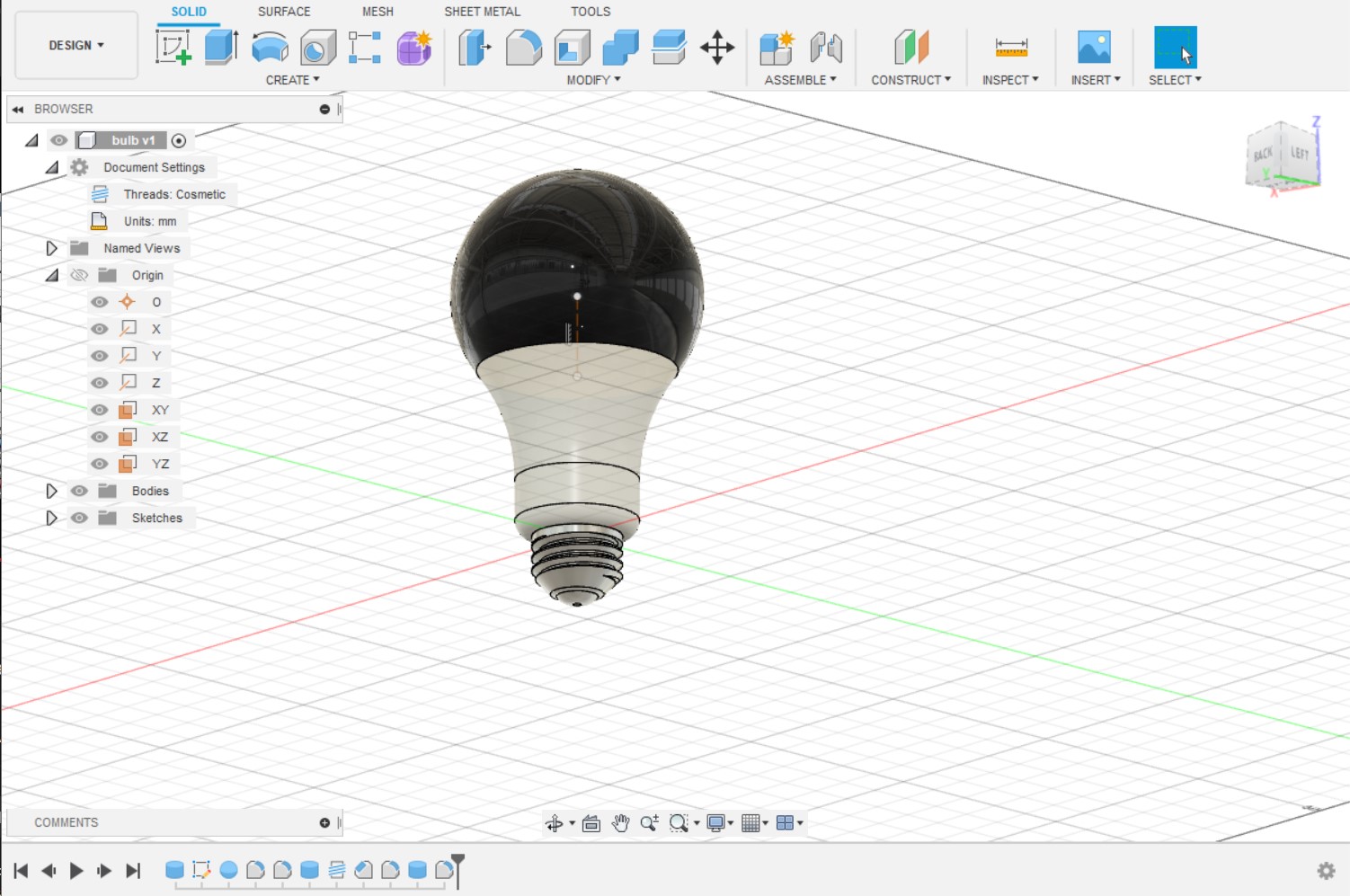 Next time I'm going to take more shots step by step so you can see each individual addition.

I had some new filament come in today so I'm going to be doing some more 3D printing shit so stay tuned!