@khaleelkazi 79
about 2 months ago
LeoFinance 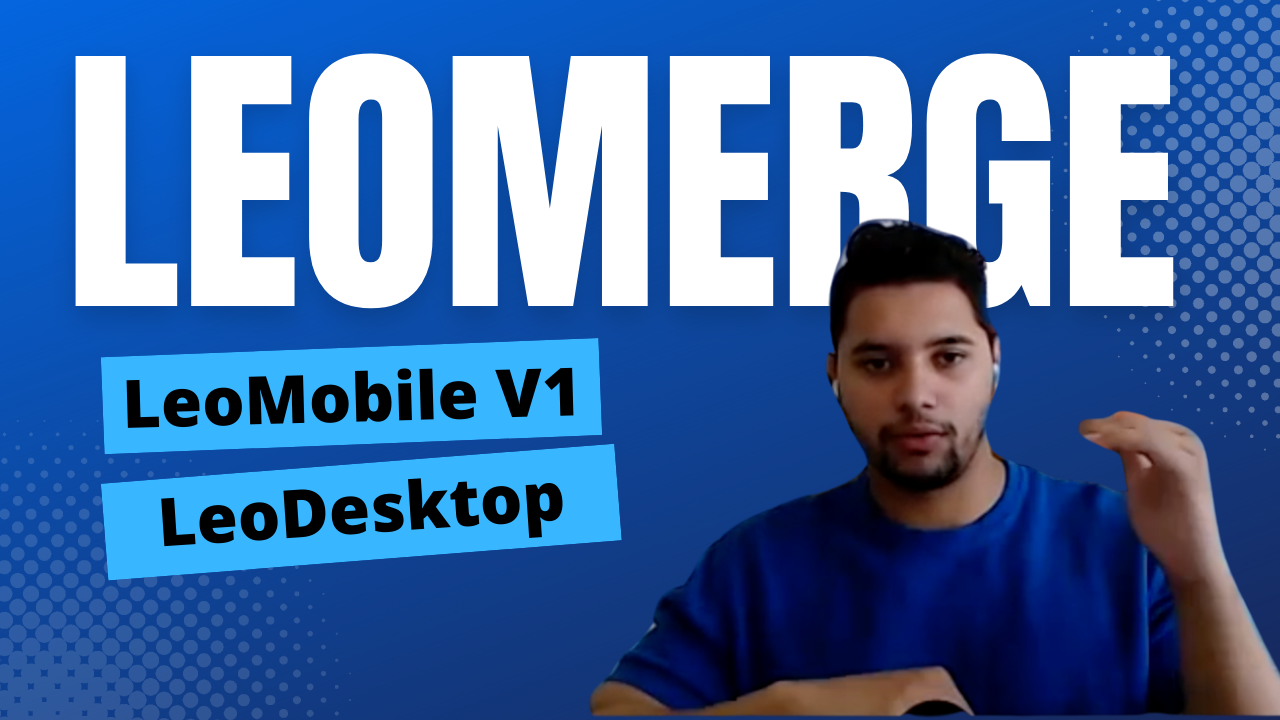 In this clip from the LeoFinance Weekly AMA, we talk about the new updates on LeoMobile V1, and the merge of LeoMobile with LeoDesktop to create a new desktop application.

LeoMobile V1 is getting prepared to be pushed out in the App Store. New features include sharing links from the LeoMobile app to other platforms, sort by tags feature, push notifications, sign in with apple, and a full-text search feature.

After LeoMobile V1 is released, our plans for LeoMerge will begin. LeoMerge will essentially consist of building out wallet UI on LeoMobile. LeoMerge will combine LeoMobile and LeoDesktop to create an entire new release of LeoFinance.io. Our dev team will work together to push out all updates to both platforms simultaneously.

We talk about this and more in this clip from the LeoFinance AMA!

LeoFinance is a blockchain-based Web3 community that builds innovative applications on the Hive, BSC, ETH and Polygon blockchains. Our flagship application: LeoFinance.io allows users and creators to engage and share content on the blockchain while earning cryptocurrency rewards.
 
Our mission is to put Web3 in the palm of your hands.

It’s about time, another wonderful update from the Leo team again. please don’t forget to include the search bar feature on the leomerge. Very essential.

We absolutely will include it!

We built full-text search into LeoMobile which is incredible. We haven’t released an update yet about it but it was a massive undertaking. It’ll be merged to leodesktop soon ;)

Great, keep up the good work, you are doing great

Really waiting for this. I've had a hard time searching for some content categories in the past few days. Tags were not really helpful.

Believe it or not, I'm so old school I never tried the App. I'm a desktop all the way. Secret fact: I only use desktop for Twitter. Yep I said that.

Mobile LeoFinance is an amazing reading and comment engagement experience!

I know. I hate using my phone. I can't see it without glasses and I don't have glasses. Investor's dilemma again.

It can be hard for those who have create contents from Desktop over the years to adjust. I still find it merrier using Desktop.

I hope LeoMerge would make it more fun here with the desktop application.

I'm a desktop all the way.

I was here. But a few days with LeoFinace on my mobile was awesome.

My favourite feature will always remain the push-notifications.

Notifications are my favorite feature. They’re a killer feature for using the mobile app IMO.

I’m actually responding to this rn because of a notification.

Yes, we’re going to add some very sophisticated notification settings. We may not support non-Leo notifications tho

Yes it's okay not to support them. But can we get rid of them?

Anyway, It's really nice to see updates. It's also nice that you respond to our feedbacks. Keep the good work! #LeoUpdates #Leogrowth

It would be hard for anyone on Hive not to get addicted to the LeoVerse in a short while. These developments are top notch.

I already it will be huge.
I downloaded the latest version of of LeoMobile Android and would be joining the league of engagement enjoyment that it offers.

Yay! That would be great! Keep up the good work. We love it.

Push notifications have changed everything for me. They’re a reason to keep opening the app and stay engaged on LeoFinance even when you’re on the go

It is really a nice development

The full text search is quite an interesting and very useful feature. Personally I see how helpful it would be to have the opportunity to search certain subject/topics and learn from what the community members have discussed about it in the past. The push notification feature is also cool and yeah and would always be my favorite feature. Love whenI see those notifications 😍
Great job on the developments so far Khal...Loving the blue shirt man!!!

We’ve got so many features on the way!

I’m glad you enjoy these features. Notifications have really changed the game for me.

This app update is going to be big. The Leomerge will make it work seamless between LeoMobile and Leodesktop. And also able to edit a comment sent. If you type in error once sent, it can not be altered !

Congratulations on achieving another goal on the roadmap and thank you and your team for continually adding value to the leofinance project. Value is what you see, price is what you pay. One day soon the price will catch up to the value.

Exactly. One day the price will catch up to the fundamentals.

Kudos to your team for all these exciting developments! It's just amazing how you work behind all these stuff coming all together

We’re building the future, one brick at a time!

You definitely are and we are glad to be here to witness and be a part of those that you are building.

Can't wait to have a more than web2 experience with my web3 dapps. Thank you LeoDevs for putting this lot of creativity and hardwork to make LeoMobile and LeoDesktop atop sought for dapp in the cryptoVerse in the near future.

Leofinance and Ethereum:
I did an article about how bothy Leofinance and Ethereum are having merges this year: Leofinance is merging Leofinance Desktop with LeoFinance Mobile or LeoMobile. Ethereum is merging their proof of work chain with their proof of stake chain, which are very different mergers, but reppresent significant roadmap events on both chains. I hope to atrract interest to the story of people interested in Ethereum who are willing to read a brief article about another chain making significant progress towards Roadmap goals.