Another blow against the alternative media!

@josua1 63
about 2 months ago
Infowars 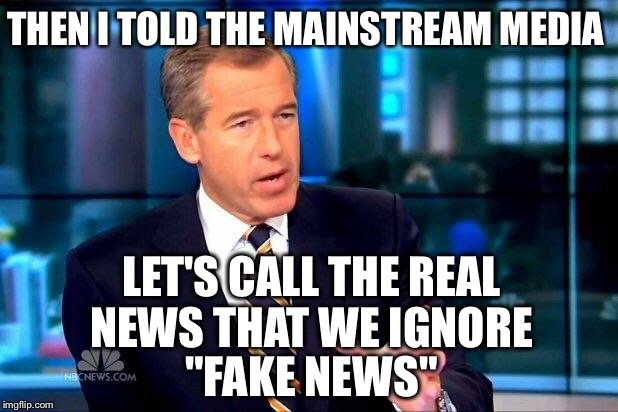 The "mass media", as we affectionately call them, are once again taking out a blow against the "alternative media". The headline of the Tagesspiegel, a German medium, reads as follows: "There are more attacks on our system! Epoch Times, AUF1.TV and Russia Today are just some of the conspiracy-theory portals that are changing our media landscape."

As we see, the empire strikes back once again! The content of the rest of this article is quickly summarized, we already know this framing, because according to the state presstitutes, all media that do not have characteristics of a mass media are either right-wing, conspiracy ideological, riddled with nutcases or controlled by a troll army of Putin. The important message is they are all bad and that it is strongly discouraged to use these platforms for information gathering.

As said, one knows all this already, but it is interesting that one reads something out of this article which even lacks any played objectivity and almost sounds like "nagging", because e.g. the first sentence "It is a parallel world, and it becomes more powerful!" shows the fear of these journalists of the truth which is more and more difficult to suppress and makes their enemies to rebel one last time before their downfall. 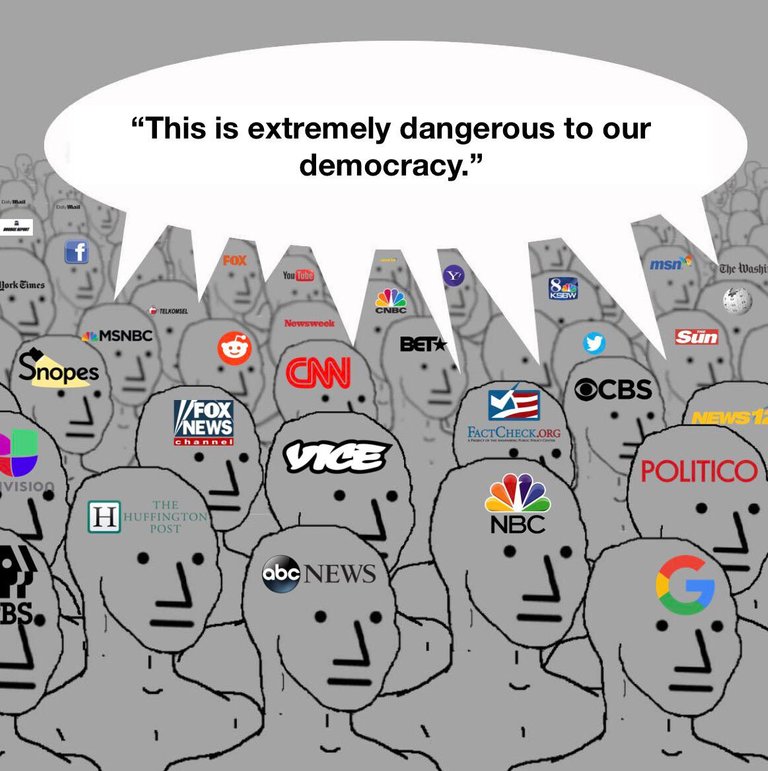 Of course, the representatives of the mainstream do not like this development in societies at all, which has several reasons. The first reason is their ideology, because we all know what it's like in the editorial offices these days. People don't even get out of journalism studies in these times without being ideologically contaminated. In next step, the "court reporter" shaped by this system, who calls himself a journalist, comes to an editorial office where like-minded people sit, for whom a perfect world view has been created and who henceforth spend their lives secured in this little bubble.

Point 2, which by the way is less talked about, is that readers are increasingly running away from mainstream media. It is quite clear why this happens, because the blame lies with these media themselves! One always gets upset about the fact the alternative media become bigger, they become more powerful, they get more readers, that e.g. critical reporters get more and more viewers, about that one gets upset, while the reasons for it are deliberately ignored.

If they were honest, the representatives of the mainstream would have to admit that no other result was to be expected, since for a long time simply no more correct journalism is pursued! What the state media show us has been limited to ideological instruction for decades, they are unfortunately no more than a mouthpiece of the respective government. 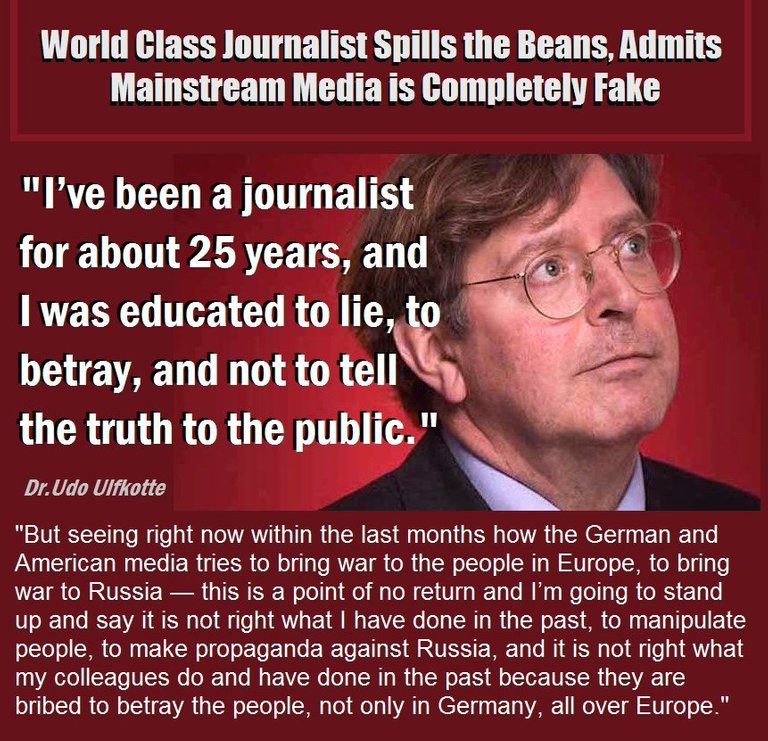 As far as the alternative media are concerned, which I now regard as the real media, it should be said of course they are not always right, are without error and only spread the truth one hundred percent of the time, but they admit mistakes when they make them, untruths appear relatively rarely there and the people who work by them make an effort to report truthfully instead of deliberately spreading lies like the mainstream in sense of a sick ideology, according to which citizens are immature and must be educated by the media.

What I particularly like is on the alternative side there is simply still another ethical understanding of proper journalism, which of course should not stop anyone from critically questioning things there as well. Free spirits have always done this and have therefore always distinguished themselves from those who, like sheeple, have blindly followed the mainstream, whatever it cost. If all this is no longer to be expected from the pseudo-serious state media, then no one should be surprised if more and more people turn to the alternatives.

What I find interesting in the mentioned article is a survey that reads: "What do you think about a law to protect against fake news? We all know this already, "unofficially" there are already deletions of contributions everywhere, which do not fit into the desired image of the ruling class, which are too critical. Of course, these events say a lot about the "ideology" to which these journalists have committed themselves, all of whom would already be unemployed if there weren't a slowly shrinking but still tenacious group of people whose loyalty these "institutions for supervised thought" have been able to secure to this day. 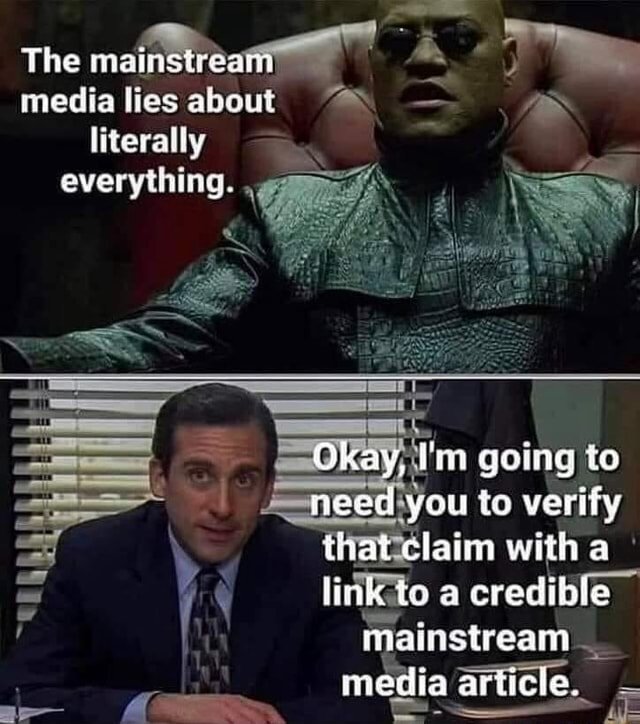 There is one thing such tendentious surveys in questionable articles are good for, they show us abundantly clear that consciously there is to be worked, that the way is to be paved in the direction of "There is only one truth and there is everything else", whereby everything else of course must be deleted directly, since opinions deviating from the prescribed narrative must not be read and not be listened to in the globalist world dictatorship!

Currently, this survey shows that 40% are in favor of such a law and 50% are against it, while 10% have not yet decided. Considering how polls of this kind ended a few years ago, I think this result and the clearly visible trend reversal in the minds of many people are not bad at all, especially in view of the fact only readers of this state medium were polled here and critical voices outside were not even taken into account.

So what is happening here is relatively simple to understand, the alternative media of the critics who have been ridiculed for many years, who have been dubbed as aluhats, conspiracy theorists, crackpots and so on are gaining more and more followers, who at the same time are losing their interest in mass media. This trend shows that it will continue in future in view of the fact the mainstream does not even begin to think about rethinking its court reporting and at some point returning to truthful investigative journalism, which it turned its back on many years ago. 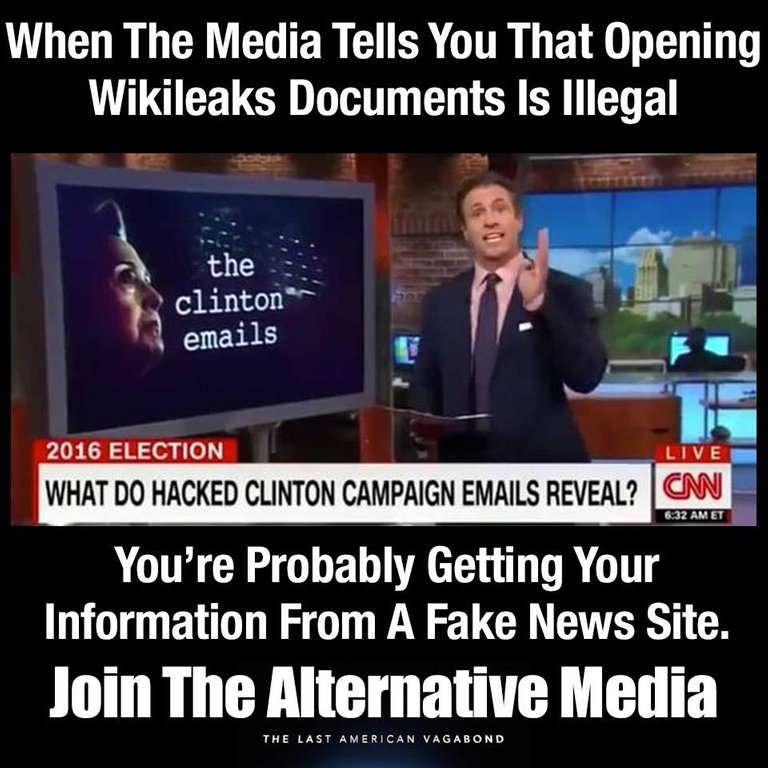 An old saying goes "The first casualty in war is the truth", which is also true, as is the saying "He who laughs last laughs best", because in the end it will always be the quality of the news that ultimately prevails and not ideology, each of which in history has so far failed miserably in the end after brief high phases.

Also, if you do not trust media, you do not have to read it. You can find info via other sources as academic papers, think-tank documents or individual bloggers