@josediccus 78
about 1 month ago
LeoFinance Unemployment is one of the biggest issues in the world, and not just in Nigeria. It is why people have taken to providing wantable skills in exchange for money. One thing about having a skill is that it needs a platform to actually showcase, it needs an arena for it to be tested, a platform to weigh the value it brings.

This would then determine its monetary worth. Skills are not actually valuable until it is wanted, and the degree to the demand of a skill is what make a skill provider appreciates overtime in all ramifications. We already know that the world is somehow limited by geographical boundaries, and this has somehow reduced the level of commerce and financial interaction that could turn monetarily transactional.

The Internet has become huge in this aspect. While Facebook seems to be limited to an extent, twitter has connected more skill bringers to the people who actually would need of their skill set and even vice versa.

However, this isn't enough. There is still so many boundaries and limitation. In the world currently, almost anything can pass off as a skill, provided anyone who is exposed to it finds it valuable and wish to part with their money to get it.

The world is changing. The concept of having a job is being redefined, and this is evident in how people are willing to leave their jobs to actually do what they're passionate about. One's natural ability or passion is a skill which another person do not have.

In life, we're being ruled by our need and when one's needed is met by another, definitely a price goes for meeting that need. The internet is still in its earliest stage of connecting people, this is because a pure e-commercial platform where all skills meet a particular buyer hasn't been created.

The Internet & Some Niggling Barrier

The internet still presents barriers especially when connecting people and this is where web3:0 will actually do better. People are not limited in their needs, and that's why everyone can perfectly monetize their skills to the highest level, especially when they meet the right people.

Blockchain is doing even better, some months ago, I paid @starstrings01 whom I met via the chain about 20 Hive coin due to some images he had that I loved, I needed the complete picture, I am someone who appreciates mundane things when it comes to photography, this might not be the standards when he, for example is trying to sell this pictures to either iStock or Pixabay.

He might not even get to reach the right qualification to monetize his Images, but through a decentralized platform as hive, I as a sole person has appreciated his efforts as not a perfect photography but has monetized one of his particular skill set which he might not even term as a skill set Just yet.

When the world has become truly commercialized in a decentralized way, people would enrich each other by providing peer-to-peer value, they wouldn't need a centralized platform where they have to conform to a non-geographical limitation which can manifest itself in lack of trust.

Web 2:0 is still filled with scams and theft, and people cannot build that level of trust Just yet to trust a complete stranger who is at the end of a computer in a distant region of the world. Why do so many dating apps fail in connecting people? Trust is the answer.

These apps do not provide real time values when it comes to expectations, hence they fail to exactly bring what people truly wants. These apps are centralized, owned by complete strangers, hence never provide solve mundane or trivial things which a lot of single people would gladly pay for. This is why, @joetunex feels that a decentralized dating app, built on let's say a platform as Hive would thrive overtime. 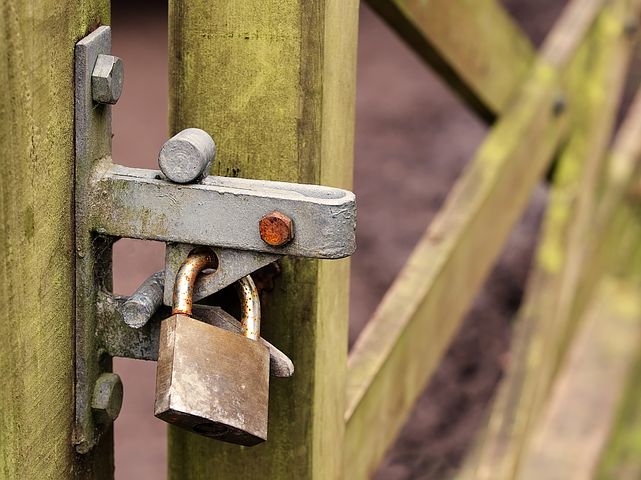 This is why I say hive is evolving to be something better than a blogging platform. One hive, people completely build relationships that brings trust and trust is one of those barrier killers that makes it possible for people to transact at the highest degree.

In so many occasions here, people have trusted me to offer them a few skill set, trusting me with their money upfront even when I haven't done the job, in places like Fiverr, this wouldn't really happen. People need to actually build personal connection before they can be transactional at the highest level, and this isn't what centralized internet platforms can actually build.

Many people have a skill set that centralized institutions might actually reject for not meeting up to retirement, a place like Hive solves this. Opportunities are created by the people and for the people without in a way which people can be easily monetized by offering even the most trivial things, this is the future which hive can bring.

Boss @josediccus .Its how i can feel your passion through your words for me. Honestly supporting one another is key like you did for @starstrings01 and ill borrow a leaf from you in that aspect.
Yes oh Hive is really growing into a large community where people can trust each other and appreciate what they can bring to the table.
Thank you my brother in pen and heart.🤗

Hello there, how are you? Well the blockchain for me can become a base through which people chose to build their trade and their skillsets.
Who knows, maybe someday you can bring your medical skills to the table and earn for it on hive. It's where we can get to. The Opportunities are endless.

True very true.
Thank you.
Ill think of ways to do that.
Any advice please @josediccus

Not really, time will come when people will put their real-time skills and profession and earn well with it on the chain. Many are doing it already. Its just about connecting with people who would.

You raise fair points about connectivity and trust. Ultimately, I suspect the greatest barrier to the future you imagine will be the existing structure of the world we live in. Because while we are free to do as we please here, that freedom is dependent on outside factors

Look at our twitter and crypto bans here. Of course, people can find a way around it, but it is still a bottleneck of sorts

Exactly, connection and trust is a major reason why many people won't and can't transact on centralised medias, this will be different with the ultimate decentralised e-commercial center. Hive is turning out to be one with all the scenerios I have described.

You've put up some salient points on why web 3.0 stands to better where web 2.0 comes short in relation trust, tokenization and even a source of income to some degree.

I was thinking to myself earlier today how much Hive has come to my aid in these tough times which I share with you off the chain.

I suppose the moment we begin to see Hive being capable of offering more than what it is today we will be treating Hive better than a job.

I see you poking me to write a post about the dating App! 😃

I see you poking me to write a post about the dating App! 😃

Of course Sir, im actually wanting to officially see you write about this, you can push the idea forward actually. I have come to believe that there's no limitation when it comes to the blockchain, since it didn't application would actually provide a use case. I will like to see you write about it

I definitely agree that HIVE is opening up a market for people. I also saw this post recently and it reminded me of you buying images from someone else.