It appears that many people in the Hive Open Mic community are doing their own original songs for the theme of this week's theme. This theme has been chosen by the community's recent spotlight artist, @maitt87, which is 'LET'S ROCK'

As a part of Let's Rock, everyone is encouraged to connect with one another. There are a few original songs as well as cover songs that I have listened to that are really good.

My initial reaction to the theme was that we were expected to present rock music. I have never been a fan of rock music, so I don't know much about it.

My first choice was "Heart Attack" by Demi Lovato. However, aside from the technicalities, it was difficult for me to score the lyrics in a short amount of time.

We're supposed to make our presentation as professional as possible, so I kept reminding myself. I decided to completely avoid songs that made me look down at the PC screen for lyrics.

A song started playing in my head soon after.

Don't stop believing, hold on to that feeling, streetlight people'.

It wasn't until I googled the genre of the music that I realized that it was rock. The title is "Don't stop believin' by Journey. At that moment, I smiled and was happy that I had found a song that fit this week's theme.

To top it all off, the lyrics weren't so difficult to score. However, I kept making mistakes while recording the video. I resorted to taking bits from other ones I filmed to make my video for the Hive open mic presentation. I was already tired of recording over and over again.

While recording the video, I wished I was holding a guitar so I could look like a rock star. Hehe

I forgot to do my introduction, and it was the next day that I did it. Therefore, you can see that my appearance is different between the clip's introduction and the part where I start singing.

I hope that you enjoy listening to this song as much as I did. Thank you.

The header image was designed by me on Canva.

Don't stop believin'
Hold on to that feelin'
Streetlight people

Thanks for watching and reading. 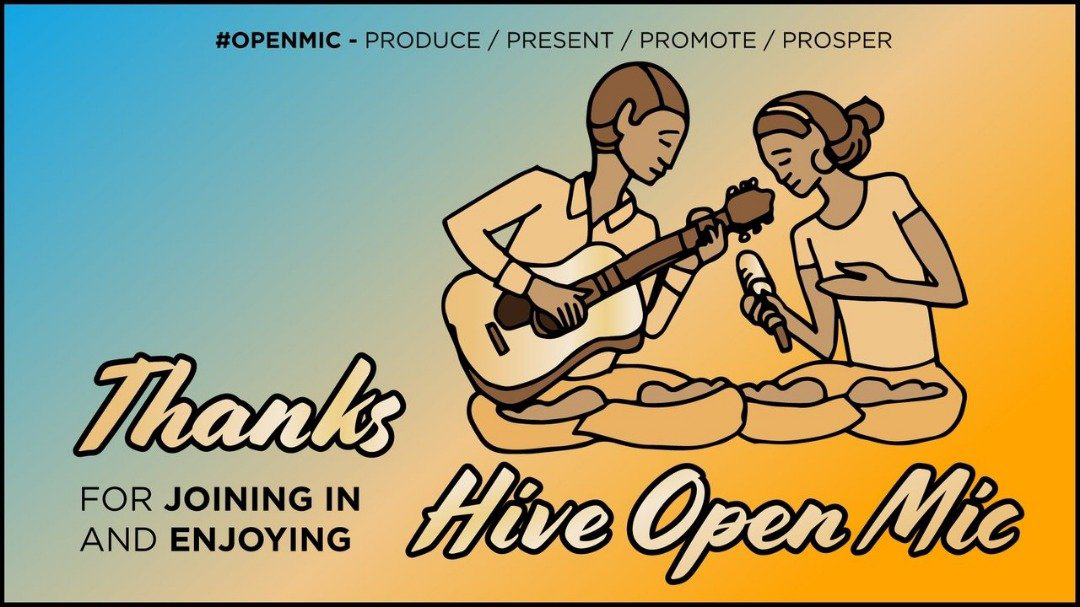 Yay! 🤗
Your content has been boosted with Ecency Points, by @penderis.
Use Ecency daily to boost your growth on platform!

We know this song perfectly the truth was exciting to have enjoyed your version, and especially that great passion that you transmit with every note, there are several of this great band that we love. Maybe you will bring more of them. Hugs

It wouldn't be a problem as long as I have scored the song and lyrics.

Thank you so much for the feedback and beautiful comment.😇

My! It's been a while since I heard this song... I love your song choice and presentation Jessica 🤭❤. And the voiiiice, you must be tired of hearing me say it already😂😂, you have very strong vocals and use it well!

While recording the video, I wished I was holding a guitar so I could look like a rock star. Hehe

😂 I have no doubts you'd rock one well.
Well done Jessie ❤❤

Thank you so much Sekani.

you have very strong vocals and use it well!

Thank you so much, I still feel like I am not using it quite well, but I'm still practicing to be better. Thank you😊😇

I have no doubts you'd rock one well.

That's why I need to learn to play one😄

Gosh.... You have an amazing voice. I love how you added a bit of heavy bass to your voice... I don't know if you understand. Like the deep part of your voice.

I love how you moved your body to show us you enjoyed doing this cover. Well ma'am. 💕

Thank you so much for the feedback Iska. I understand the deep bass part you're taking about.

Yeah, I enjoyed doing the cover.

Love the energy and you voice is so strong. I love it. and the rock in this song you chose is strong too. You did very well dear

Thank you so much Ebingo.😇

You are very welcome dear.

Wow, my girl. I never tire of saying that you have a spectacular voice.
Sorry I'm late but I was very very very busy

It's sir.
Thank you, I appreciate you stopping by😇