@iamraincrystal 74
about 1 month ago
Luke Is Alive It was clean up Sunday, so naturally it's productive. I'm glad to have a cleaning crew who comes by once a month to help out with general cleaning around the flat.

First, an almost tragic story. Yesterday I mentioned about the kitties that Mowe liked bring over the human cage. Here's a photo below. It's closed on Sundays. I was a bit worried when Mowe brought the kittens inside again last night. This morning, the janitor came to tell me he found the kittens in a box thrown at the second floor of the building. Apparently, someone had the audacity to get rid of said kittens (barely a month old). It was appalling. I added the temporary extension the other day, so the kittens can roam about freely but still be safe within their cattopia -- my term for our cat hangout place outside. However, cats will do what cats will do and Mowe couldn't be stopped. Right now, we decided to keep the kittens inside during the night. We made a makeshift place for them temporarily until we can resolve the issue. I wouldn't want them being thrown away again by heartless folks. Despicable, indeed. On the lighter side of pet keeping, my daughter worked on improving the guinea pig cages that initially looked bare. She ordered some additional stuff to enhance each of the cage area. I'll share an updated photo once all the provisions are set in place. It's a work in progress.

More than 50 credits again today. My strategy works currently. I'm able to accumulate the credits for some cash conversion soon.

Maintained my daily surf on TAB. I think I get to do more here as it's on top of my list. Plus, it's ok for multitasking. Still have not leveled up on TAB.

Yay, it says 940 points earned. I'm near my target of 1K. Today was lucky as I was able to guess all four prized pages on the block ad clicks. I only worked on three activities -- the easiest ones. Pretty soon, I can take it easy on FAFY. Finally got to complete the 100 max page after the second try on ITB. Whew! Mission accomplished today. Onwards to #1BTCchallenge.

Good night from Manila. Till then... 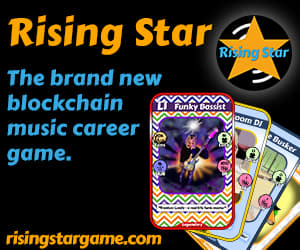 Great Larry is Alive run my friend i can't believe someone tried to throw the kittens away what on earth is that all about seriously some people.
@iamraincrystal
Have the best weekend😎
!ALIVE
!BBH
I will be including this content on the @heartbeatonhive curation collection

@iamraincrystal! You Are Alive so I just staked 0.1 $ALIVE to your account on behalf of @heartbeatonhive. (2/20)

@ironshield 73
about 1 month ago

IT's terrible how people disregard the life of animals, they didn't do anything to deserve that. So glad you were able to take care of them. !ALIVE

@iamraincrystal! You Are Alive so I just staked 0.1 $ALIVE to your account on behalf of @ironshield. (12/20)

Oooh my, what a horrible thing to do to a cute kitten.
It's so sad.

@hivebuzz 72
about 1 month ago

Congratulations @iamraincrystal! You have completed the following achievement on the Hive blockchain and have been rewarded with new badge(s):

It's so great that you are helping homeless animals! It's a shame that people haven't learned to take care of their pets themselves...
Stay !ALIVE
!CTP

Wow, friend am glad you are keeping tabs on the progress of the kittens and your daughter too with the guinea pigs. Those animals are really lovely. I remember one of.my friend who once reared a guinea pig. I used to admire them. Thanks for sharing this with us.

You have completed 5 steps of the #LarryIsAlive contest. Your post has been upvoted with 100% of the voting percentage (from the perspective of the $ALIVE tokens). Keep up the good work.

@iamraincrystal! You Are Alive so I just staked 0.1 $ALIVE to your account on behalf of @dmhafiz. (5/30)

Well done completing the Larry Delivers contest @iamraincrystal, you have earned 8 tickets for the daily drawing.

@iamraincrystal! You Are Alive so I just staked 0.1 $ALIVE to your account on behalf of @lukeisalive. (4/20)