Today we look at more of Dr. Sally Smith's cases, especially the ones where she wrongly took children away from their parents.

Dr. Sally Smith testifies about injuries found on a young victim during a murder trial in Sarasota in June 2014.
Herald-Tribune | 2014 archive

But how did this start?

Medical Boards were urged for more than 10 years to create a new specialty, child abuse pediatrics. Their argument was that the newest research in fractures, brain injury, scars and burns, now enabled doctors that are well-trained to distinguish reliably between accident and abuse. 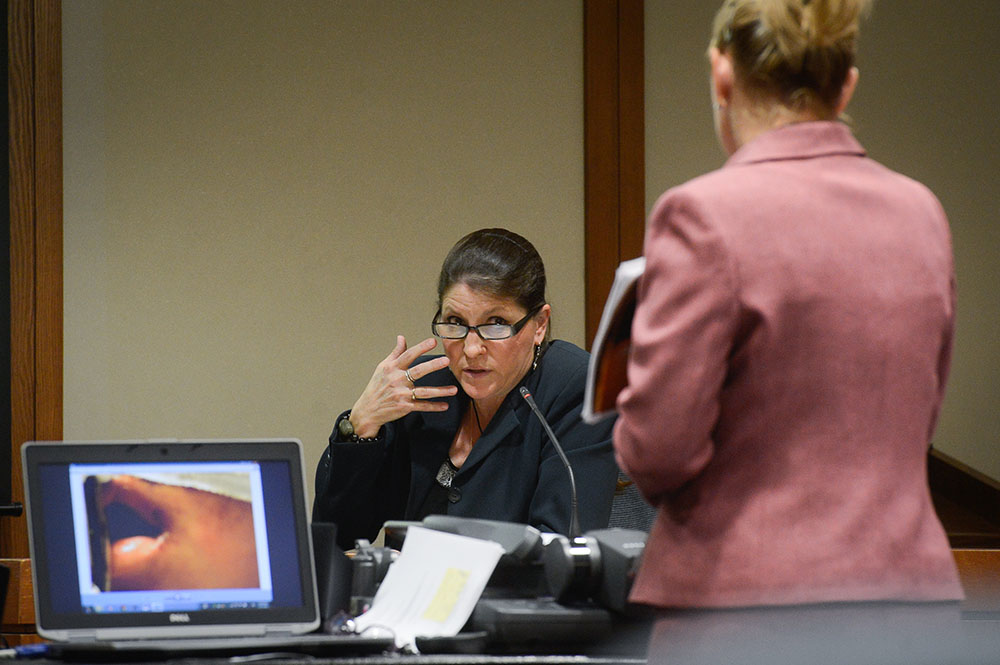 By the end of 2009, the nation's first exam in child abuse pediatrics were written by about 200 doctors, and Dr. Sally Smith was among them.

The State of Florida, is very unique in the fact that almost all child abuse cases must be evaluated by one of the almost 24 child protections teams, each with their own certified child abuse pediatrician , like Dr. Sally Smith.

Smith, a graduate of the St. Louis University School of Medicine, began working at All Children’s hospital in the ‘90s. She became medical director of the Pinellas County child protection team in 2002 and has held the position ever since.
Smith quickly made a name for herself as a staunch child advocate who was quoted often in local newspapers speaking out against shaken baby syndrome.
But as her reputation grew, Smith also became known as a hard-liner who sometimes crossed boundaries while interrogating families.

When giving lectures in hospitals, Dr, Sally Smith said that caregivers and parents were lying and that lots of questions must be asked in order n hospital lectures, Smith warned that parents and caretakers were often “full-on lying.”

The USA TODAY Network started an investigation into Florida's child welfare system. It's an ongoing investigation and more information will be published in coming months.

As part of this investigation they reviewed hundreds of Dr. Smith's cases.

It found more than a dozen instances where charges were dropped, parents were acquitted or caregivers had credible claims of innocence yet suffered irredeemable damage to their lives and reputations.

Some of her cases

Dr. Smith accused her of Munchausen syndrome by proxy — a rare disorder in which a parent fakes a child’s illness for sympathy or gain.

Dr. Sally Smith and All Children's Hospital
is now been sued by her family. They said these claims were fabricated.

“Sally Smith told me that if I didn’t tell them what was wrong, then my children would be put in foster care,” Brown said. “She looked us straight in the eye and said, ‘One of you is lying, one of you abused your children.’”
These charges were proven false after another doctor diagnosed the twins with a rare bone disorder.

In 2017, George while angry threw his cellphone onto the couple's bed unaware that their baby was swaddled among the blankets. When the baby started to cried, the couple saw she was hurt and rushed with her to ER.
Doctors found that the baby Annesa's skull was dented above her left eye.
The following day, Dr. Smith walked in, did not introduce herself but said: what is going to be the story today?
Ashley was accused of lying, Dr Smith at one stage screaming 2 inches from Ashley's face.

The next day, Finnegan and her fiancé were arrested. According to the police report, Smith said Anessa’s skull fractures “could not have been caused by a cellphone.”
The Department of Children and Families, which petitioned to take custody of the kids, said in their affidavit that Smith claimed the baby “had two very high force impacts.”

Three months down the line, charges were dropped against Ashley and George were offered 25 days in jail. He had to plead no contest to child abuse.

In a memo detailing their reasoning, prosecutors said doctors were “unable to determine with a degree of medical certainty that the victim was struck more than one time.” They also said Smith changed her mind about the plausibility that a cellphone could have caused the injuries.

Ashley said she was thinking of suing, but she could not get a copy of Smith's medical report.
“We were lucky,” she said.

“What about the people that can’t afford a lawyer? What if I didn’t have that inner strength to fight? The system would have swallowed my children.” 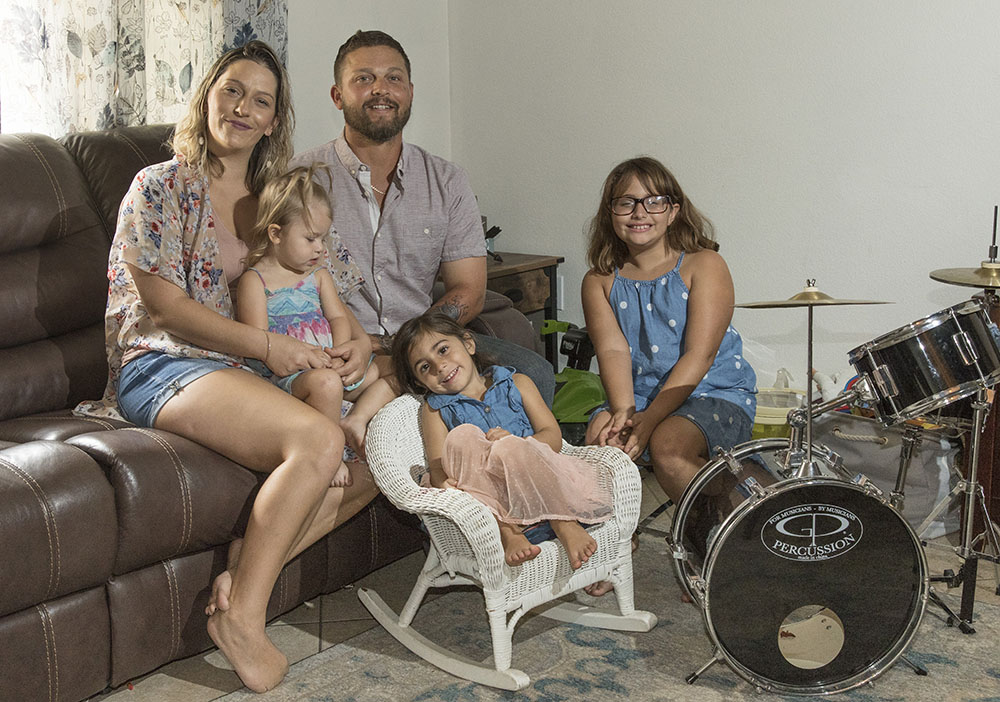 Ashley Finnegan and her fiance George Gluschenko were accused of hitting their infant daughter so hard they dented her skull. Child abuse pediatrician Dr. Sally Smith said she didn’t believe that Gluschenko accidentally hit her with a cell phone.
Rod Millington | For USA TODAY Network

“You get a second opinion for any major disease,” said Zachary Wierzba
Any parent should be allowed to get 2nd and 3rd medical opinions.

This was not said about Dr. Sally Smith specifically, but Dr. Glick has a whole different approach. She says, she gets better results by introducing herself to parents gently. Asking them if they are comfortable, did they eat, or sleep? She explains honestly why she is there before commencing of examination.

Before Dr. Glick make final findings, she consults from the neurosurgeon to the radiologist.

“We obsess over what we can say with any degree of certainty,” she said. If there is a disagreement, “we’ll put in the record that we had one doctor who disagreed, but 9 out of 10 said this is child abuse.”
Glick says it’s more crucial than ever for child abuse pediatricians to be honest with investigators about their limitations. In recent years, many physicians have softened on injuries once thought to be proof of abuse, like spiral femur fractures or multiple skull fractures.

There is 2 petitions going around that is showing Dr. Sally Smith, tendency and history of accusing parents wrongfully of child abuse.

“This doctor too hastily diagnoses child abuse, ripping apartment families,” the petition states. “We ask that the Pinellas County Child Protective Services and her affiliated hospitals strongly consider terminating her contract due to her actions.

We hope that Dr. Sally Smith will be investigated properly and that she will be fired for causing trauma and broken hearts even losing a family member due to her actions. 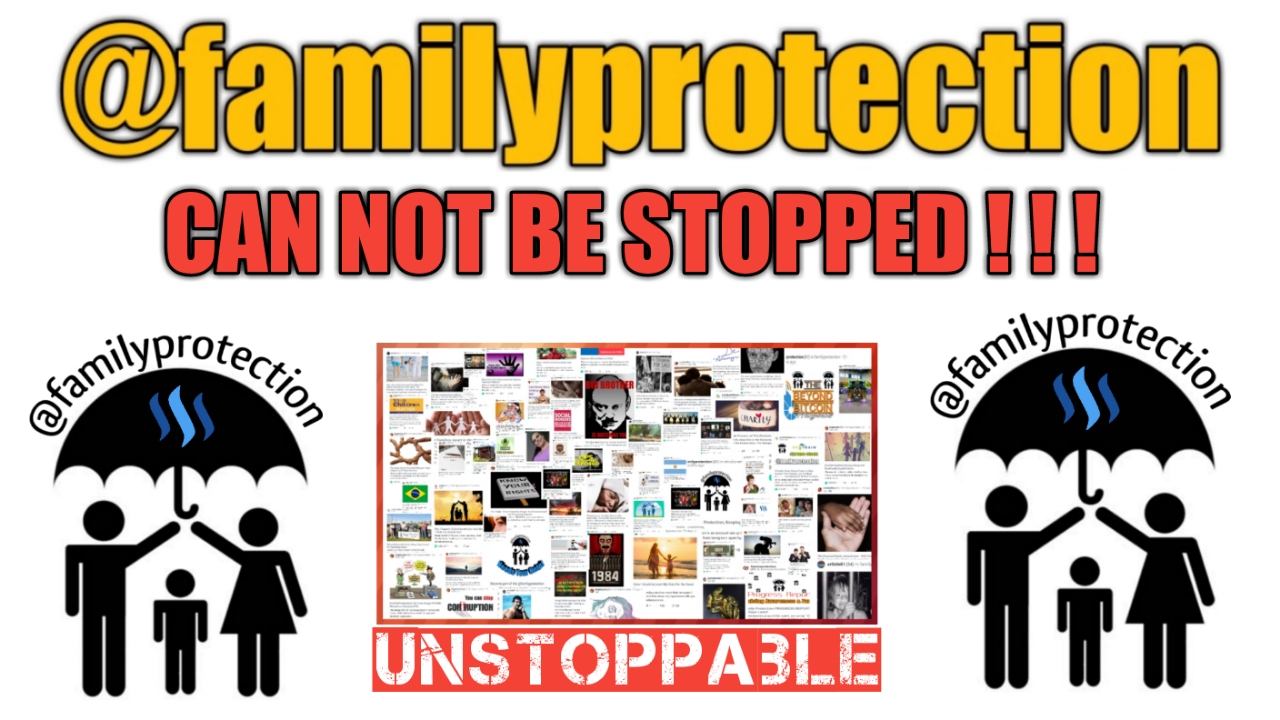 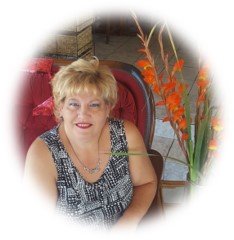 Thank you for the support, I really appreciate.
Blessings