Today is one of those rare days that i had free time. I usually spend most of that free time sleeping or going out with friends but because i had quite a while to watch some series i returned to my "old" habits.

By now after watching at least 1000 movies/series/anime i can easily understand from a trailer whether i will enjoy or not the movie/series/anime of my choice. See i didn't say that i can understand whether it will be good or not, cause many people have different "taste" but i can only tell about myself.

As such, i decided to watch a Korean brand new series that is currently on Netflix and released a couple of days ago on 17 September of 2021. It's an adventure thriller and because we are talking about a Korean series we definitely need to add the drama element even though i would do another addition which is the mystery element as well.

Each episode is 1 hour long and there 9 episodes in total. All of the episodes are out so the series is complete. As far as i know, there are no news for a second season just yet but i guess the following weeks will determine that.

The story follows Seong Gi-hun, who lives with his mother in Korea. He is so broke due to the fact that he gambles and owns money that his mother supports him financially. He is also divorced and he needs money to buy a gift for his daughter.

His mom gives him some money that he uses to bet on horses and surprisingly he wins. Soon though some people that he owns money to take everything from him. The only gift that he gives his daughter is a gun-lighter which he manages to grab on one of those vending machine games.

As you realize the guy is in a miserable state and while he is going back home sad and beaten up a suited guy offering him a game/opportunity. They will play a simple game of flip. The winner will give to the loser around 85$. Ofc he accepts but he loses at round 1. The suited-up guy offers him something instead. When he wins he will gain that 85$ but when he loses he will get slapped. After many slaps the suit man offers him more money if he wants to join a certain game which he accepts.

With the help of sleeping gas, he wakes up in a big room with 456 people. All of them are contestants and wear uniforms with their numbers. All of them are desperate and own a lot of money.

The first person he meets is an old guy named Oh Il-nam who owns money and has a brain tumor. He also meets a Kang Sae-byeok a North Korean woman who pickpocketed him and trust none. A Pakistan guy who needs money to get out of the country and his old friend and classmate Cho Sang-woo that was considered a genius as he went to a prestigious business school but now owns a lot of money as well.

Soon the guards are coming out who wear red clothes and masks with triangles, circles and squares. Those with squares are the "big bosses" that talk and are responsible for everything and the triangles have semi-auto guns ensuring high-end security.

The Square guy announces that there will be in total 6 games but first they need to sign an agreement. That agreement has 3 rules only. The first one is that the losers will be eliminated, the second one is that those that are refusing to play will also get eliminated and the third one is that if the majority of the players want to stop the game, the game will end.

After that, the players enter a field and at the end of that field, there is a big Doll. The first game is called green-red light and when that doll "yells" green light the players can freely move but when it says red light they need to freeze otherwise they get eliminated. 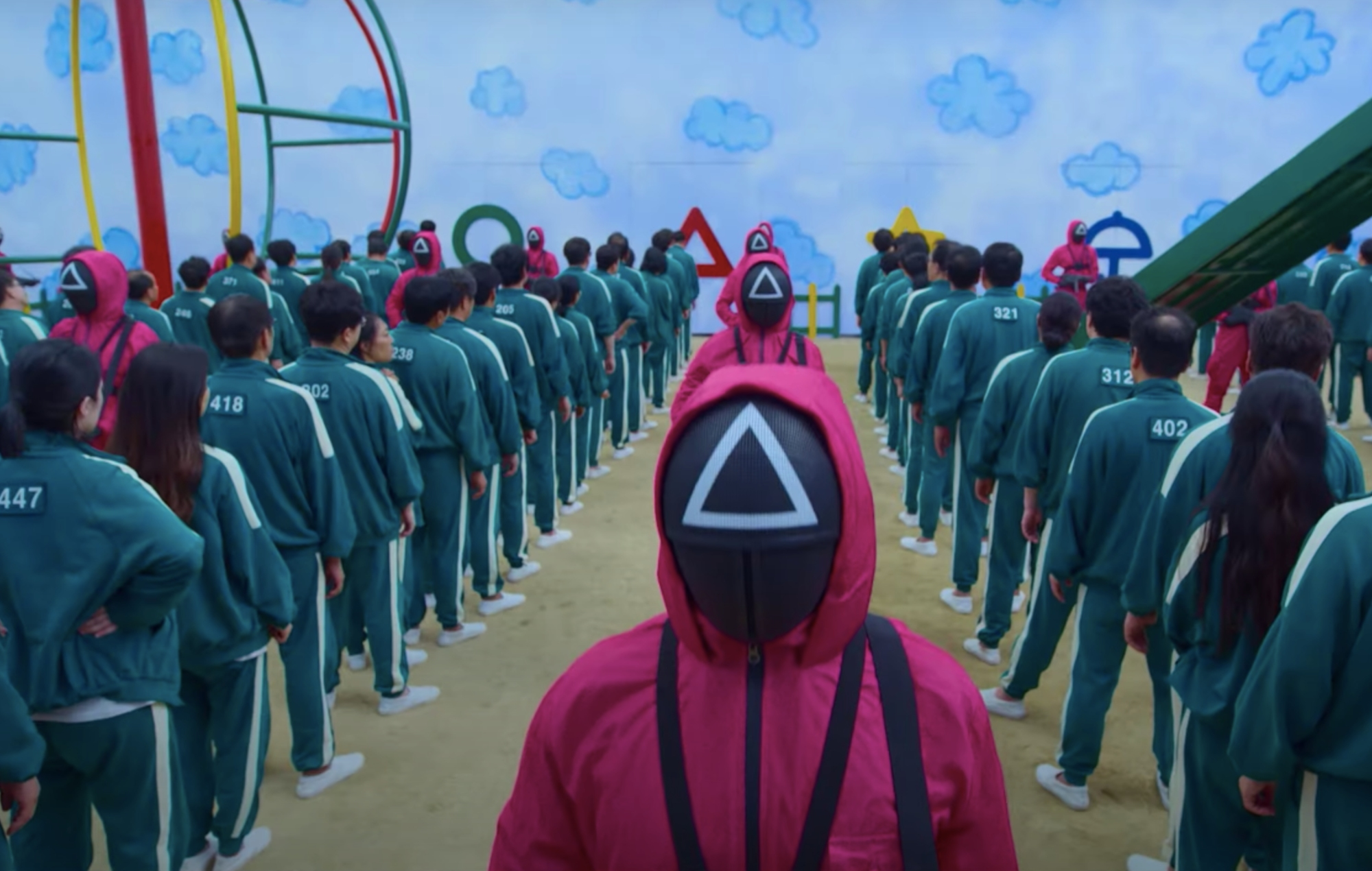 Snipers get out and shoot down all those that are considered losers. People actually die more when realizing are running like crazy but guess again, they didn't freeze and get some bullets as well!

What the players will do after this?

How will they survive this madness?

What's the deal with those crazy games?

What I Liked and Didn't

Honestly, i expected this series to be good but i didn't expect to be that good. To tell you the truth the concept is not unique even though i read it somewhere. There are tons of asian movies and anime that share somewhat of that concept. Some people are dropped on a deserted island and need to play games of death or fight each other to win money.

This time though the execution was just perfect. No unnecessary episodes that you wanna skip. Everything was on point. The acting as usual for Koreans is damn perfect and the entire set is amazing.

In order to create that set and these graphics is something quite hard. They have multiple rooms, games, colors that need a lot of attention. Many tried to achieve that level but it seemed fakish! 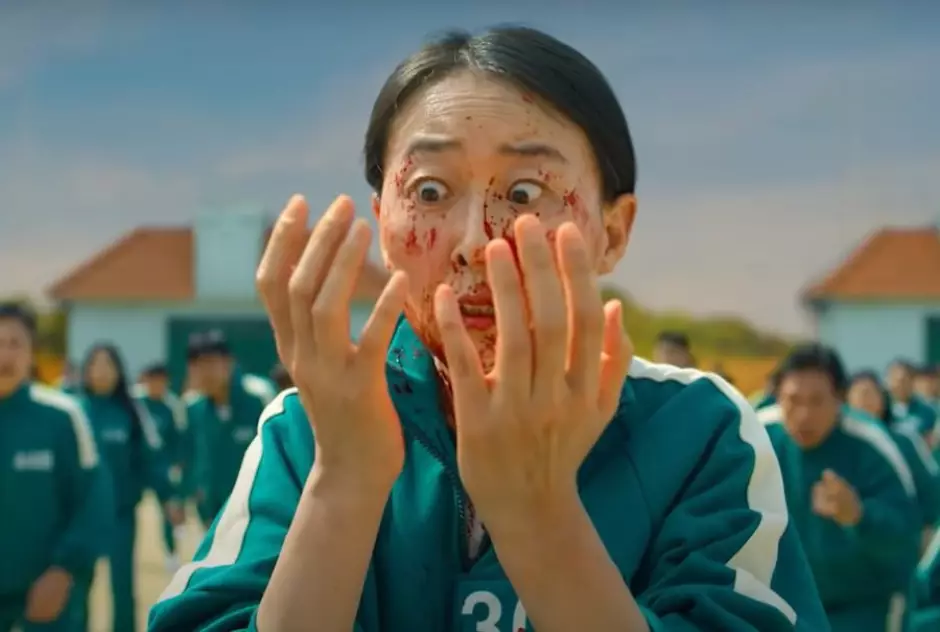 Another thing i like is how awesome the camera rolls. You will see many different camera angles and different "tricks" that are used perfectly like slow=motion, camera from above/below etc etc.

Something else i wanted to talk is how they highlight greed as well as what can do when they feel desperate. From the start of the games until the very end you can easily see that aspect and it's not fairytales. I strongly believe that how most humans "work" as well.

The only thing i want is more episodes or to be exact a season 2. Note that that are also many plot-twists some of which even if you are a veteran you can't see them coming! Ahh and you gonna love the Old guy!

All the images have been taken from the show itself and can be used freely as a promotional tool for the show. The same applies to movies/series/anime