@fieryfootprints 66
about 2 months ago
Splinterlands

In this battle I was able to prevent my opponent from healing. But I still had to race against time. My opponent's monster had immunity so this time I was the one facing both my opponent and battle rule. That made this battle really tough. I definitely prefer using battle rules to my advantage. But winning such disadvantageous struggle is damn satisfying. This time I succeeded in doing the (near) impossible. My magic power was enough to claim victory. 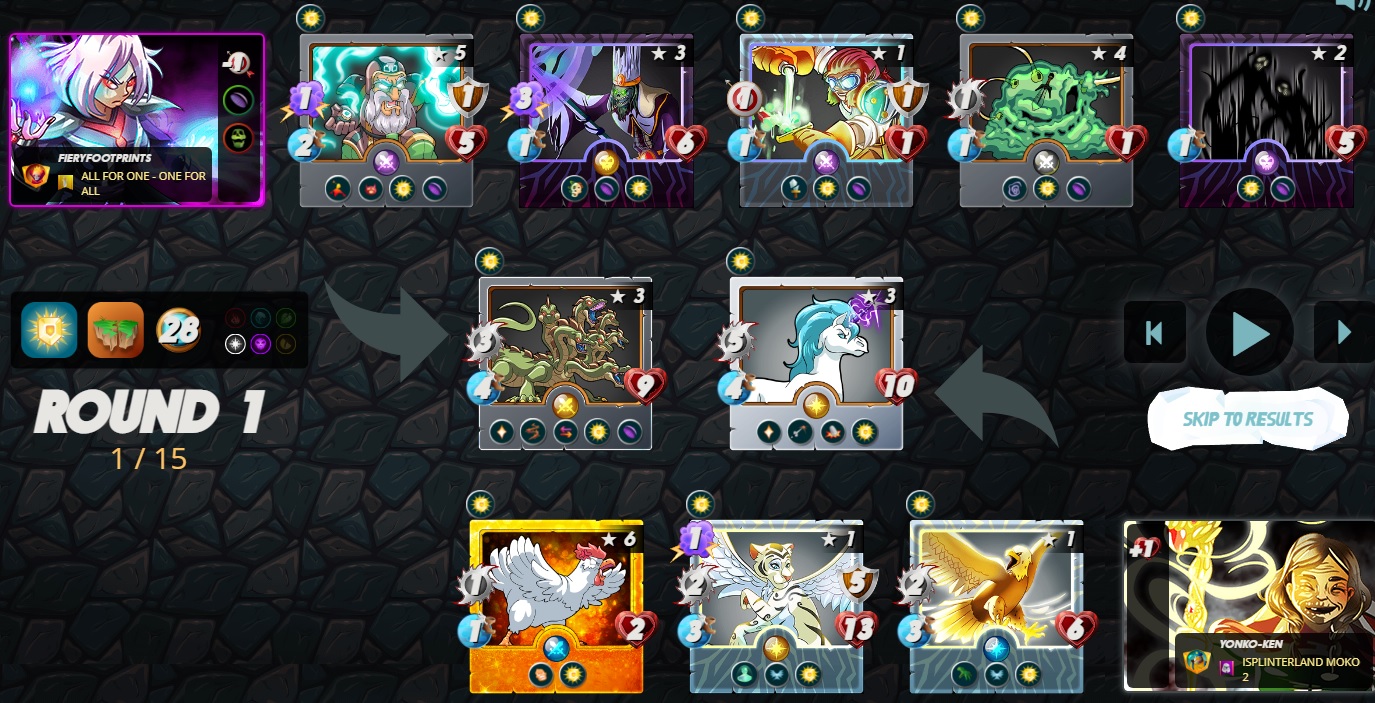 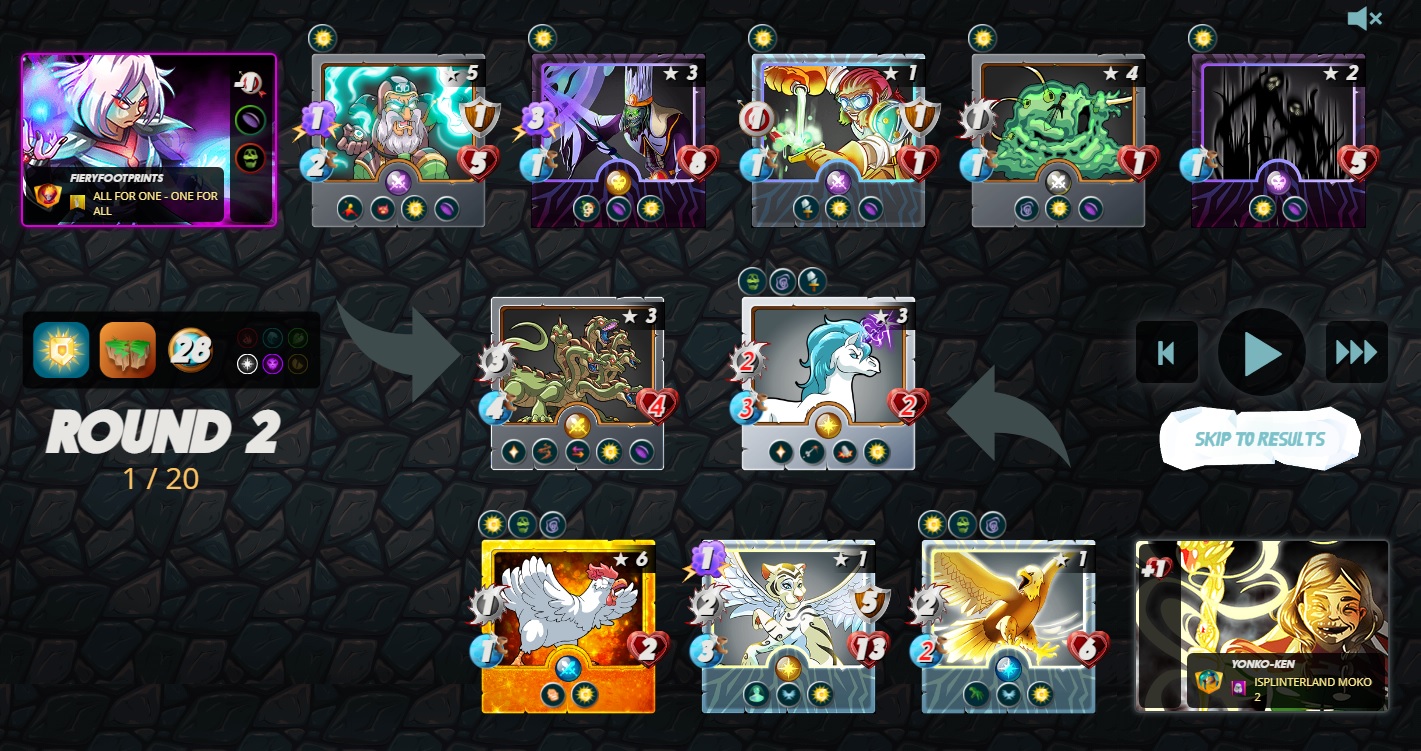 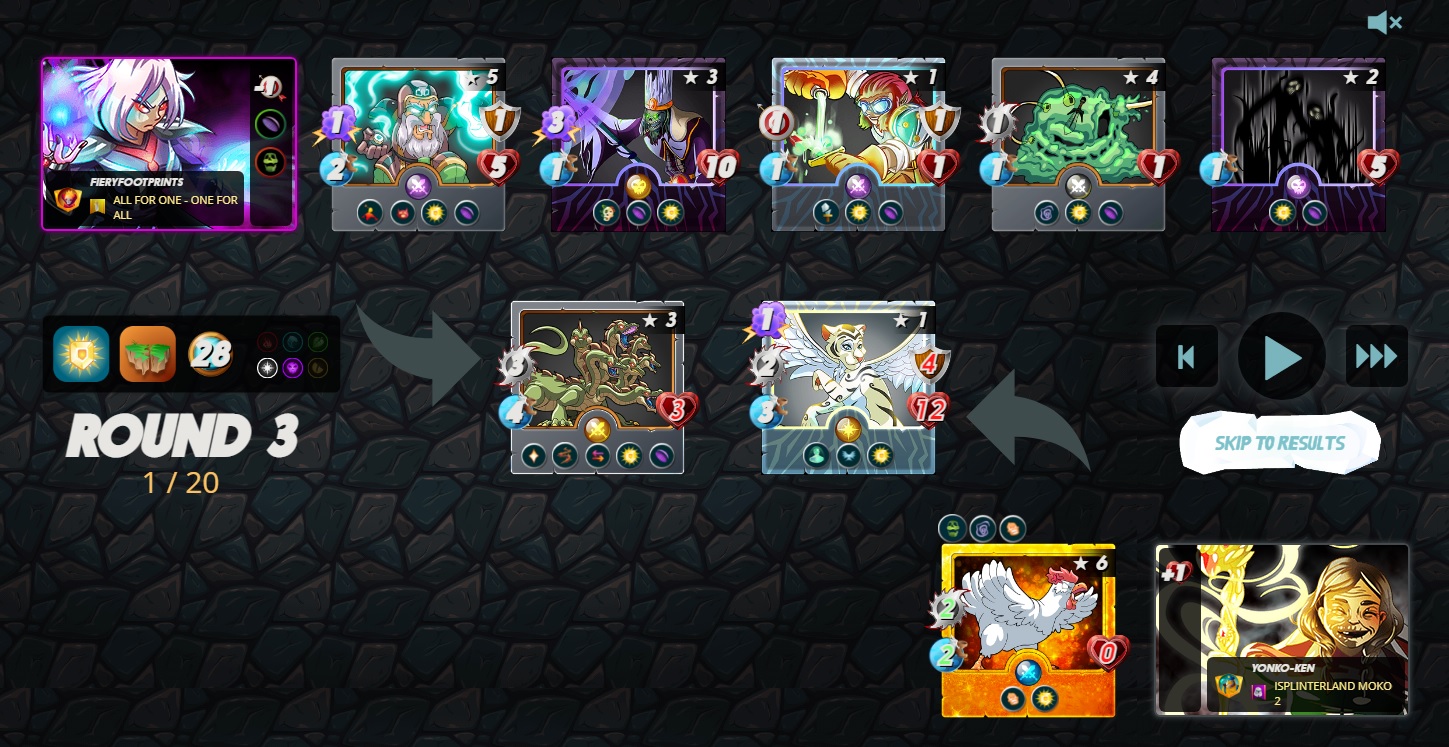 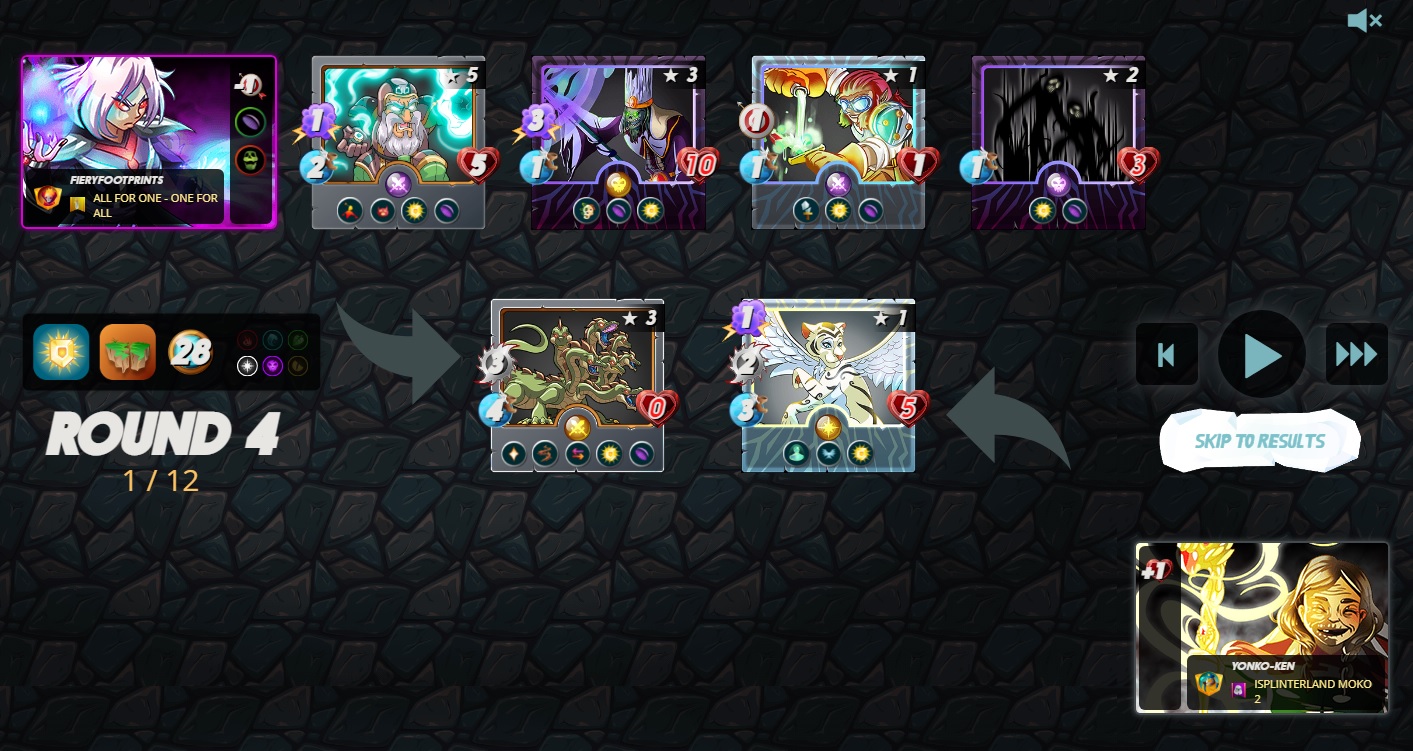 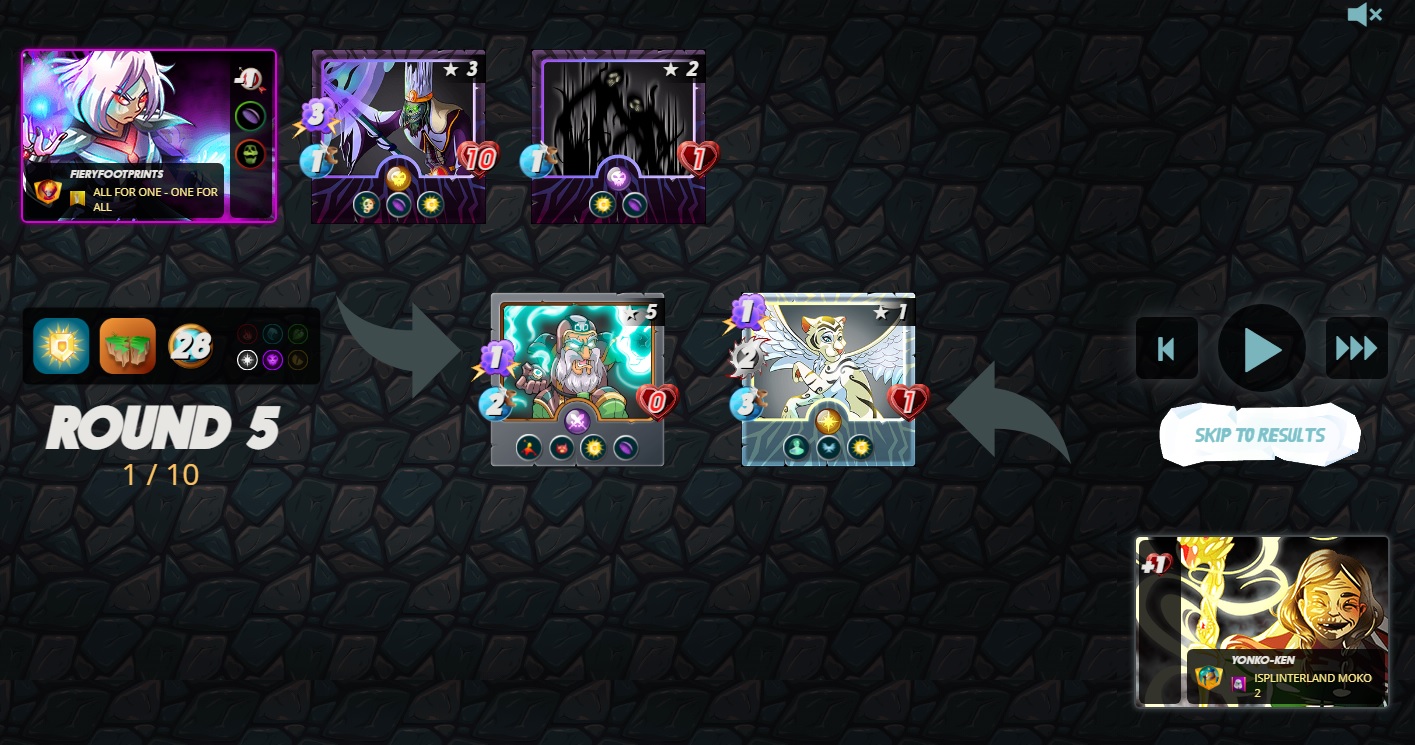 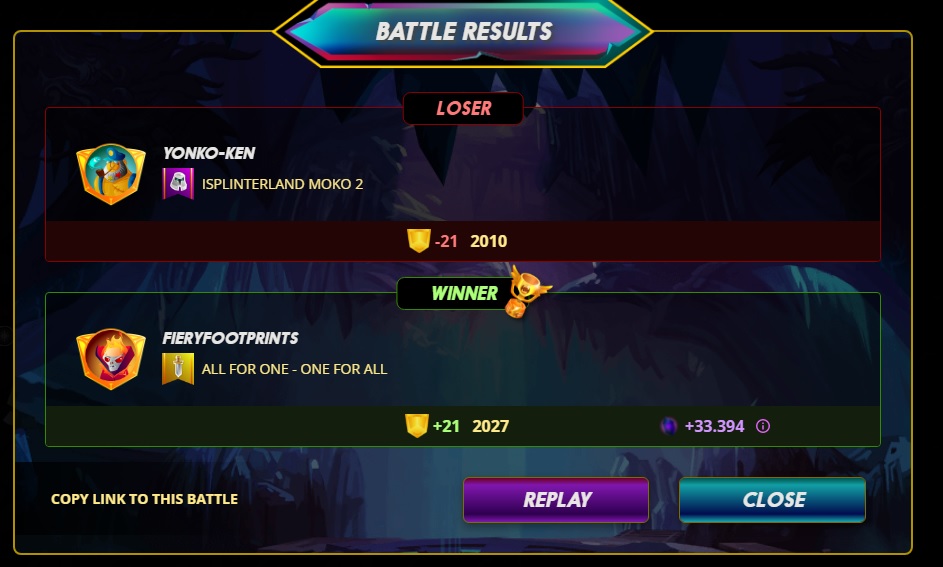