@eveuncovered 79
about 2 months ago
photography 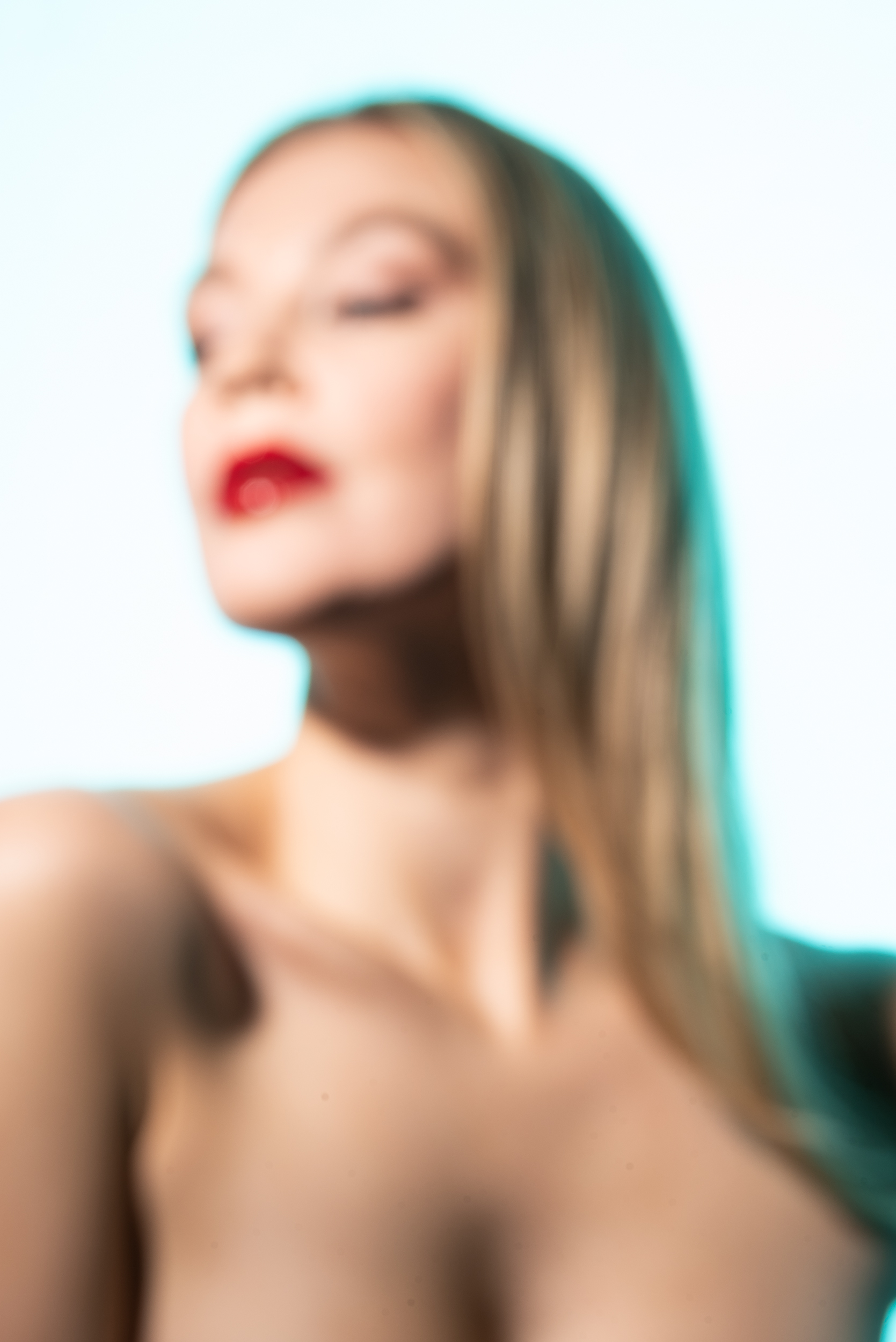 It’s been a while hasn’t it but I finally took some self portraits. I decided I wanted to do a beauty shoot, something with sleek hair and use gels because I don’t think I have ever used them before. I remembered Lindsay Adler having a lot of tutorials about using gels so I did a bit of a browse and found this lighting guide. I obviously don’t have the exact same stuff as her but the idea was the same.

It was a rough go at first and a really difficult shoot to do, especially since it’s all self portraits. I tried different colour gels, played with the lighting and tried to pull my look together. I nearly gave up because everything was boring useless shit at the beginning and no joke, I ended up with 200 photos with missed focus like the one above, and then deleted another 200 where I had a stupid pose or what ever.

I shot with the Nikkor 70-200mm lens zoomed in at 200mm, with a pretty tight crop. I had my camera tethered to a laptop so I could see everything immediately. For beauty shots every detail matters and I had to try and smooth my hair how I wanted it to look and then try not to move until I got the shot. I was also sporting a super thick gloss on my lips so I had to be careful not to mess it.

Here is how my shoot started, 200+ pics of trial and error, and then at the end of this post is the first shot that made it to the editing table. It was a long way to get there but god damn am I glad I did it and I’m so excited for the results. 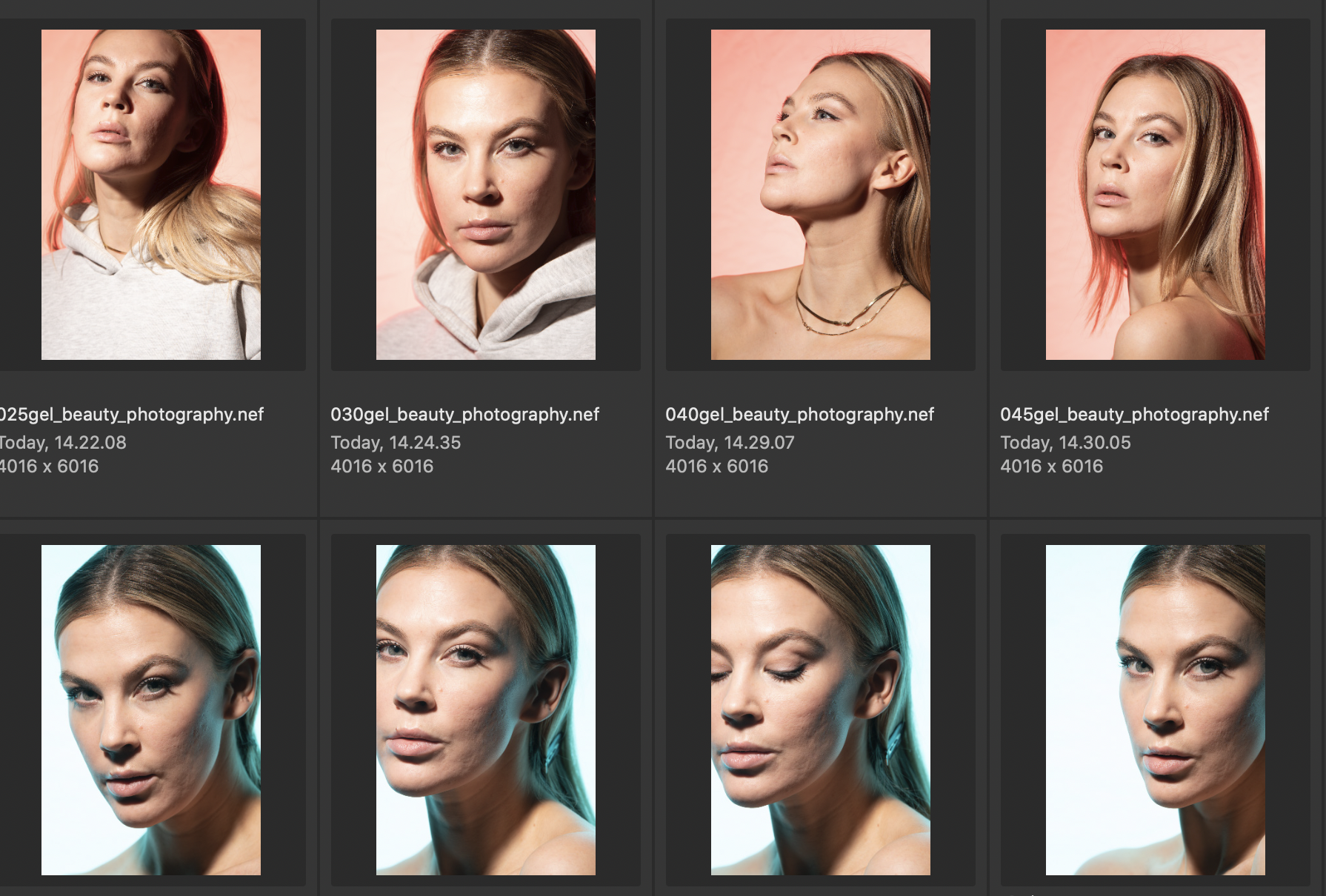 You can see that when you are super precise during all the prep and shoot, there isn’t anything drastic to be done on Photoshop. I do want to do a super clean plastic doll vibe though so I’m gonna edit accordingly. Maybe. We’ll see tomorrow. 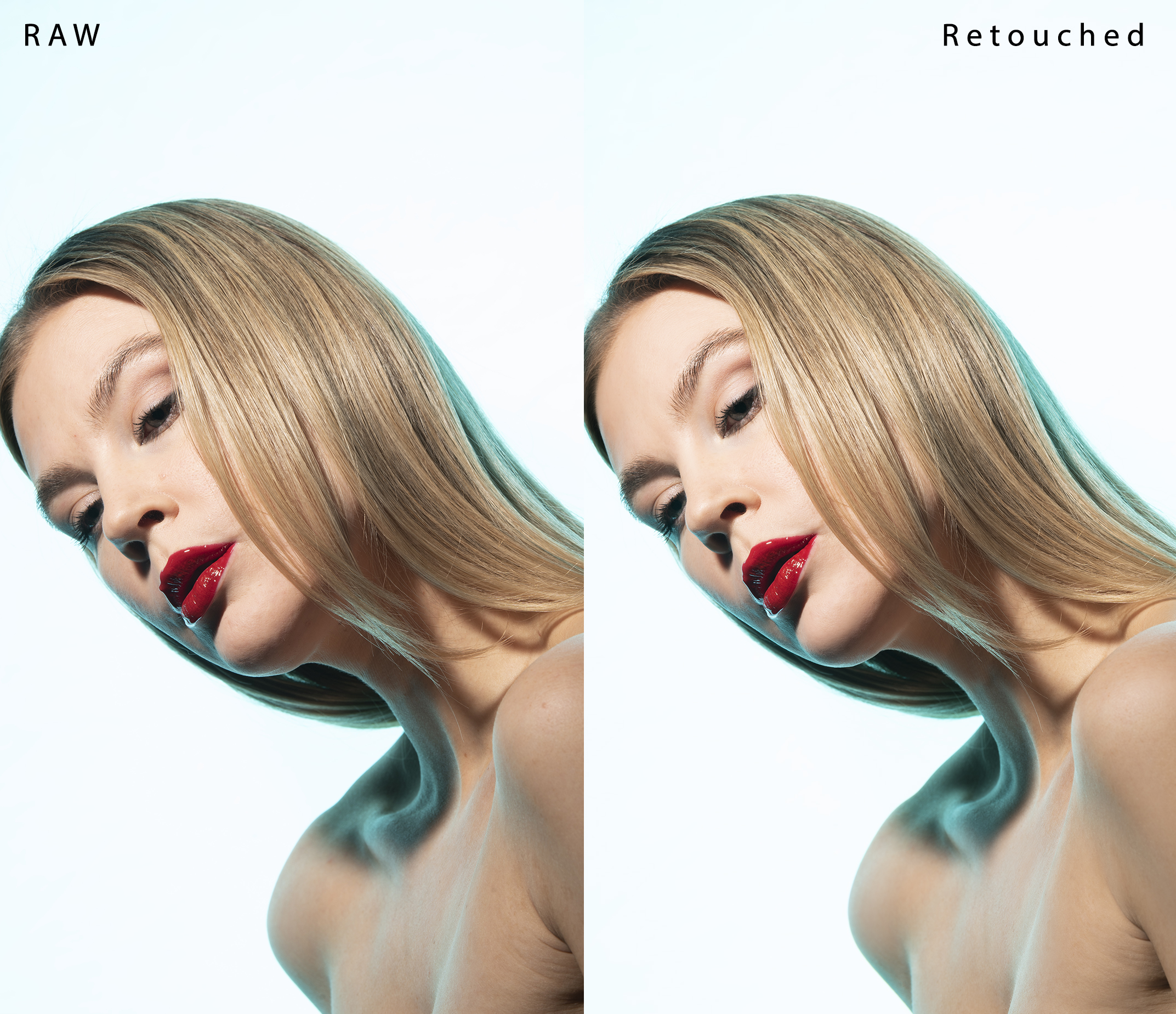 So I really like your finished product, the lighting turned out super cool. You are a natural beauty and the camera likes you so hard not to get something decent. I think I would do the eyebrows a bit more dramatic/intense, not a lot though. Maybe take a pencil to them to give them some more depth/definement, what do I know though I'm a guy so . . . Also in the previous photos, you had the one on the top row right side that I really liked, not sure exactly what it is about it, kind of a sultry look with a little attitude. Might be really cool with a little post edit and the lighting is unique as well. I don't really do much portrait photography though, mine is all landscapes and wildlife with a little street stuff now and then so again what do I know but nice job! Definitely got a little Vogue thing going on.

A regular guy giving me advice on how to do my brows!? Brutal, absolutely brutal 😅

Cameras do not like me, hence the 200 times missed focus. But I work my ass off to bend it to my will. Hmm, top right, yeah I guess but it’s a bit flat, could work with some proper good editing, maybe I’ll go back to it at some point.

All women are overly critical of themselves and all models take hundreds of shots just to get maybe 3-5 awesome shots and maybe another 10 that are in the good range. Hell, I just took 50 shots of plated food to get 3 decent ones!!! Even wild mushroom stirfry has to work at it. And on the brows, they look great I was just noting you might get a more intense look that's all 😁