I have always been intrigued by the intelligence of dolphins, yesterday I was researching some curious facts while making my most recent craft, precisely a dolphin to hang around my neck. There is a scene that caught my attention while I was watching a documentary of them.

Imagine the following scene: a person throws a plastic buoy to play with a dolphin that is in a tank. At first, the animal does not understand that it has to return the object. But after a few tries, the human manages to teach him the game. Now imagine the following scene: another dolphin in a tank, a buoy, and a person. Noticing that someone is outside, the dolphin throws the buoy onto the edge of the tank. The person, at first, does not understand that the animal wants to play, but at his insistence he ends up returning the object and entering the game. 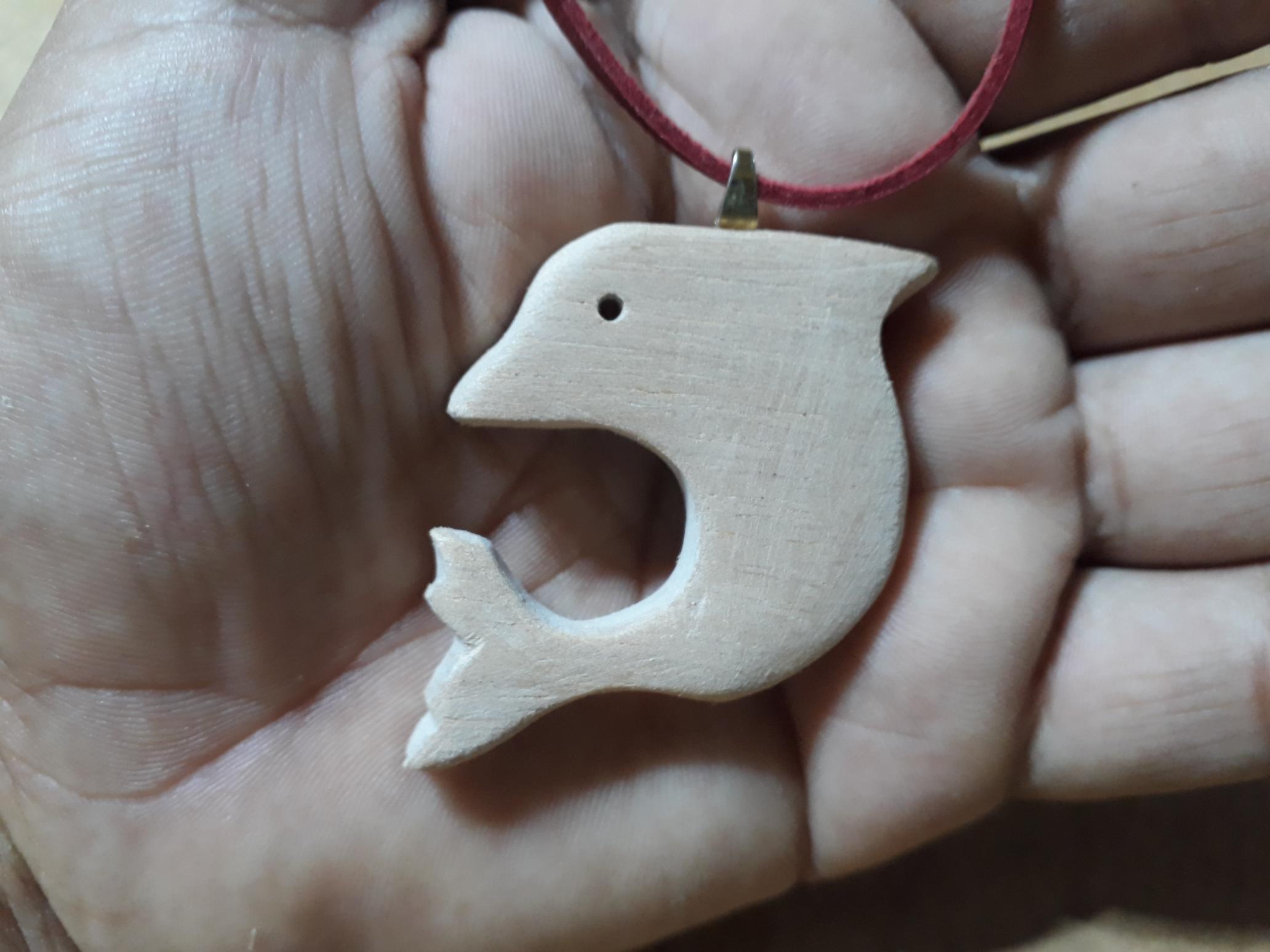 Well, in these two situations who is the teacher and who is the student. Who taught the other to play? The man or the dolphin? The answer doesn't matter much, but the scenes illustrate how dolphins can be extremely intelligent. And several experiments have already shown that they also know how to differentiate between the right and the left side, recognize themselves in front of the mirror and orient themselves through a sophisticated sonar-type system. In addition, they live in social groups with close and well-organized ties.

So what would make these cetaceans so smart? Probably the functions that your brain is capable of (regardless of size), such as the ability to control each breath and focus the blood in certain regions of the body while diving. The key to the explanation, however, would be in the surprising capacity for communication between them, carried out through their own language. A study by Scottish biologist Vincent Janik and published in the journal Science showed that dolphins call each other with signals that can be decoded as names. And the most incredible thing: they can have a "vocal learning", an ability seen as an important step in the evolution of human language. Incredible true?