@edicted 81
over 1 year ago
LeoFinance 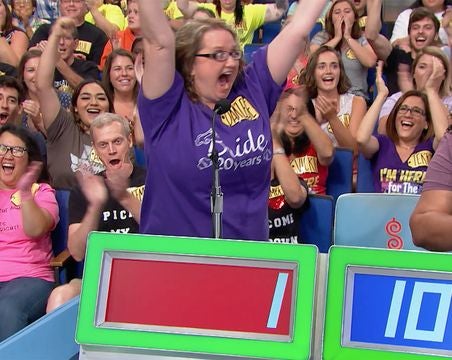 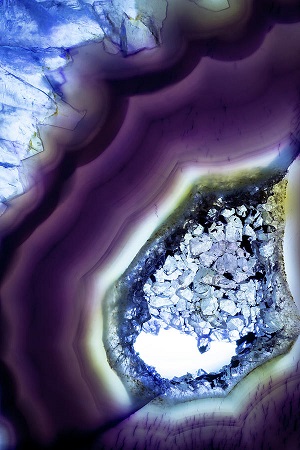 Lot's of hype recently with the Hive pump. I happened to have a small chunk of liquidity sitting on Binance in the form of a Hive sell order at 97 cents (tether). Obviously that was triggered as we ended up peaking at something like $1.20. Somewhat makes up for my CakePOP shenanigans.

Speaking of Cakepop... the CAKEPOP/BUSD pool has been added on CUBdefi with an x1 inflation rate. The yield has been declining fast but still remains quite high at 380% due to low competition. This pool in conjunction with the other one should give us some kind of bottom here eventually. I ended up moving some over today to earn these high yields.

This is a proper link for getting the correct LP tokens. CUBDEFI.com uses V1 and V1 is outdated. If you happen to accidentally make LP tokens on the Cub frontend they will not work. Use the link below to remove any LP tokens that exist on the wrong version.

Even Litecoin decided to take off.

We find ourselves in a crazy bullish alt-market. Bitcoin dominance keeps falling down down down and I think it will continue to do so for the most part until the end of the year. By all accounts, it even looks like Ethereum is posed to flip BTC at the peak of the next mega bubble come end of year.

Another thing that happened to me is that all my Hive was liquidated by POB sellers trading based off the USD price of POB. The ratio crashed all the way to 0.25 and sucked all the liquidity dry on HiveEngine. I've slowly started dipping my toes back in on that front, but won't leave that much liquidity up for grabs in case Hive spikes more.

LEO is also getting pumped presumably based on speculation of the upcoming smartphone app. I've been powering up 100% of my blog rewards for months now. Seems like we are getting green all around. There's enough momentum in this market for Bitcoin to start trading in range again, and if that happens at such a high level ($50k) then the altmarket should continue on unabated.

Again, it seems like a lot of the alts need to catch back up after such a brutal consolidation. Alts trade very well when BTC stabilizes at high prices. By all accounts, Bitcoin should crash with such terrible volume, but there's a good chance we confirm supply shock once again and start moving back up. The institutions want in and there's no more left for them to fleece. It's time to pay the price, billionaires.

I'm not worried about a serious price dip until $100k at this point. As far as I'm concerned, the current floor is $44k based on previous supply-shock confirmations. I think at worst we trade in range between $50k-$45k over the coming weeks, and even in that case the alts will continue to rampage. Feels like a serious altmarket either way.

When we look at how badly alts performed and how long the market was suffering from 2018-2020, at this point it's going to make a lot of sense if we just end up in a permanent alt-market until the peak of the next mega-bubble. Many tokens like Hive and Litecoin aren't even close to regaining the title of all time high. Meanwhile BTC is already x2.5 higher than 2017 ($20k >> $50k). The alts have a LOT of catching up to do, and I believe we are signaling for a massive run over the coming months, and perhaps even till the end of the year.

One of these days I'll blog about something that isn't so number-go-up.
...
Number go up.

I think the alts have slowly done well, after the bull has been majorly about BTC and eth, it's really nice to see hive reach those prices, leo's rise has been somwhat unsteady, moving from 20 cent range to 40. Hopefully we can see a steady rise, its been far too long. The end of the year would also be more exciting for the alts, who knows, 70 to 80k btc

I read and vote on all of your posts but I never fully understand everything. My game is can I be smart enough today to understand what Edicted is talking about.

I get a little glimpse every once in awhile, kind of like a blind guy that can see some shadows. But I try. You get too mathy for me but I understand your overall themes most of the time.

I wanted ask about you powering up your leo. I had powered down mine just in case I needed it. I didn't want to get into a situation of not being liquid. So what do you see coming for that. I've read summaryies of the last ama and they souldn like the right things to say but what do they mean? We getting rich?

I read and vote on all of your posts but I never fully understand everything. My game is can I be smart enough today to understand what Edicted is talking about.

This is Crazy but you are right, most times, I have to read till the end and not leave any comment behind

It takes a smart person to understand him really

I get a little glimpse every once in awhile, kind of like a blind guy that can see some shadows. But I try. You get too mathy for me but I understand your overall themes most of the time.

Here you are talking about me as well. 😴

Maybe, @edicted needs to break down most of his financial writing for every one to understand, including me 🙏

Your missing out on 18-20% curation powering down, but you could invest it in for a 128% per annum return and liquidity on Cubfinance, and if your not unto investing in yield farming you can join the @easydefi pool, which will invest your Leo in the Cubfinance yield farm in exchange for a 10%, so you still would be 100% ahead:

Did POB really suck out all the liquidity? I was thinking that everyone was liquidating tokens as fast as possible to take profits on HIVE as usual

I'm glad you could find a way to make up for the loss caused by the CAKEPOOP launch. Yeah, I renamed it a bit.

I'm curious to see what is going to happen next week with HIVE, as well as with alts. It's going to be a nice ride.

Another thing that happened to me is that all my Hive was liquidated by POB sellers trading based off the USD price of POB.

Can you brush it up for me? Thank you

I had limit buy orders in place from 0.4 tp 0.31 and they all got filled when Hive spiked in usd value.

Oh, this is why you didn't have liquid hive during the spike right?

Thanks for the update. Now I am going to check out that CakePop pool.

You can't understand how happy I was when I saw hive at a $, as well as my predictions were right, since the liquidity on hive was missing a lot from the charts that were running, but I never expected a pump strong enough to make hive splash immediately at $ 1.05, but better this way, now we try to make it rise and stabilize on the dollar, so the HDB will be worth even less than the HIVE !PIZZA !WINE !BEER !LUV !ENGAGE 25 !BBH !ALIVE 1

@wine.bot 53
over 1 year ago
Hi @zottone444, You Or @edicted Belongs To @Hivewatchers & @Spaminator Blacklist.
Therefore, We Will Not Support This Reward Call.
(We Will Not Send This Error Message In Next 24 Hrs).

@edicted! I sent you a slice of $PIZZA on behalf of @zottone444.

Sorry, you need more staked ALIVE tokens in order to use this service, the minimum is 1000 ALIVE Power.

I’m thinking the huge spike was from Splinterlands but it could be others trying to get in on our secret here. Cool to see the spike!

Looks like HIVE is gonna be moving sideways for a bit.

I really want to believe that you are right about altcoins. I went to 5 of them at a low price still at the bottom, but their volatility has been tied to BTC all this time.

One of these days I'll blog about something that isn't so number-go-up.

Going to keep an eye on you.

There is a good argument for things having only just getting started in the alt market 8 months into this thing. Mid 2022 could be wild.

I had orders I had calls and all in all I didn't know I had them at all.

In fact I am not sure I even had any of them in the first place. The perils of alcohol and easy access to my accounts...

Wolf of Wallstreet comes to mind

yeah. Without the exuberant sums of white crime.

Good greetings from a newbie in this environment. This is definitely good news I just read here. Thanks for the "mooning" info @edicted.

Furthermore,may I crave your indulgence to ask how you guys generate traffic here. I've done an Intro Post a few months back,but I still don't feel the synergy of things. Is there a place you guys drop links to your posts or something to generate traffic?
Please I need help urgently.
Thanks

As far as I'm concerned, the current floor is $44k based on previous supply-shock confirmations.

One of these days I'll blog about something that isn't so number-go-up.
...
Number go up.

This is your chance to write about numbers go down. Looking forward to your perspective on what happened 24 hours ago :<)