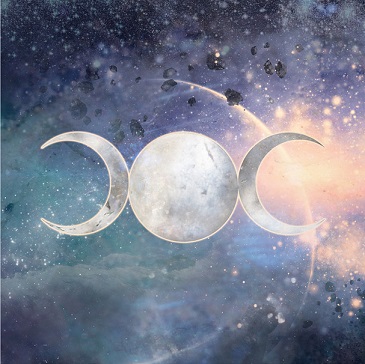 Aptly named, the next full moon, the Harvest Moon, will be upon us in the next five days. This very well may be the end of the last bad moon cycle until we reach mega-bubble status. I'm considering going long on Bitcoin starting September 20th. We'll see if I actually have time for that, as I'll be on the road moving to the East Coast by then. Again, what timing for me to start a new life in a place I've never even been to before. The next full moon gonna be a crazy one for sure.

Lots of stuff is going at the end of this month, including CUB transitioning to V2 liquidity pools. 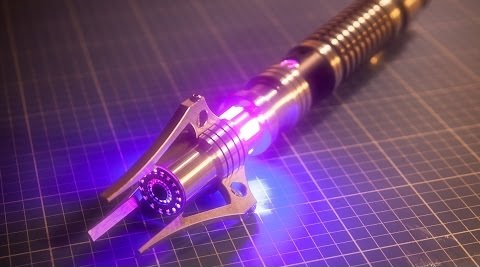 Again, my target for Bitcoin is around $250k-$375k around the New Year. That means we have to be at least testing all time highs in October and then get past $100k laser-eyes unit-bias in November. Once we get past $100k laser-eyes in November then that gives us just enough time to x3 blow-off top at around $300k just like we did in 2017. That takes around 3 weeks in December/January to fully materialize.

The opportunities to make bank will be quite abundant. At this point I'm going to be surprised if my bags aren't worth multiple millions. The real trick is hedging our stacks at that point while still participating in a significant way. AMM farms make this process a lot easier. Also HBD may be worth acquiring for the first time ever now that we can print them on demand and stop the price from going x10. So far I'm impressed that it can maintain the 20% spread even though that would be considered disastrous for other "stable-coins". HBD is the only stable coin collateralized by Hive. It's what we've got and it's going to get a whole lot better. Advances in crypto stability are exactly the thing that will make fiat 100% totally irrelevant.

I don't know when Hive will scrap the internal market and replace it with a superior yield-farming alternative, but when we do the liquidity between Hive and HBD will go x1000. The price of Hive will likely go x10 just because of the demand created by the yield farm sucks up all the liquidity on the exchanges. We can easily create enough demand for 100M HBD in such a farm, paired to an equal amount of Hive. Considering the entire market cap of Hive is $270M right now obviously getting $200M locked into an AMM farm is an automatic mooncastle. Likely wouldn't have to print that much inflation either. We likely get 10x the value of what we put into it.

Considering we only have 25M HBD in circulation $75M worth of Hive would have to be burned just to print the amount of HBD needed to seed the farm. During this time we again would expect HBD to be trading high (20%-30% higher than $1) while this HBD was being minted. That's a big improvement compared to trading 800% higher than a dollar like SBD is doing. Hive is breaking away from Steem in a big way.

Also worth noting that a yield farm of this nature has muted volatility. Because the Hive is paired to HBD, price movements in Hive are only felt half as much just like every other stable coin pairing (including CUB/BUSD). So not only would we be providing a way to earn passive income and creating exponential liquidity to/from Hive/HBD, but also keeping our money in such an LP protects it from Hive's volatile spikes/dips and actually turns those spikes and dips into a profit for everyone on the network (payment for providing liquidity). Only a matter of time really before everything is AMM. The tech is too good not to adopt.

Of course the CRUX of AMM is yield.

Everyone who thinks that deflationary economics are a good idea aren't going to like the idea of printing crypto and allocating it as yield for the liquidity providers. Their loss. They'll figure out how wrong they were eventually, and they probably won't admit their mistake either. People are people, after all.

I've said it before and I'll say it again: inflation is the killer dapp. Everything a network allocates inflation to should be a net gain for the network. Inflation that doesn't generate more value than it leeches should be removed. These are simple statements of fact.

The Bitcoin network is playing it safe and printing near zero inflation, which leaves room for networks like Hive to run around making all the real money and capturing all the value that Bitcoin could never hope to. In fact, not only is Bitcoin playing it safe, their network is tricking most newcomers into thinking the way they are doing it is superior and there's no reason to do anything else. It's a laughable notion.

At this point, Bitcoin is the face of the new elite. The war is over: Bitcoin won. The losers just don't realize it yet. Dinosaurs don't know they're dead until they run out of food. Don't worry about the comet today. Everything is fine.

The problem is that so many corporate rats are going to jump into Bitcoin and try to control it that it's become quite toxic and tainted already. Bitcoin is already the face of the old legacy system that needs to be knocked down a few pegs.

I'm sure when ETH flips BTC there will be some very satisfying mental breakdowns that I'll have the privilege of witnessing. Trying to undo that much brainwashing all at once can get ugly. Oh the ranting and the raving from maximalists. Oh the horror. This entire movement must have failed because Bitcoin wasn't #1 on the speculation board for a couple months.

Of course by the time ETH flips Bitcoin the market will be so bubbled that the regulators will swoop in, crash the market, and let all their buddies insider trade just like they always do. They aren't even trying to hide it anymore. The emperor has no clothes.

I can't believe the next moon is actually called the Harvest Moon. From what I'm seeing this is going to be one of the most bullish full moons ever. I believe September 20th will mark the local bottom as we ramp into the Q4 mega-bubble. The bulls are back in town.

Wish us all luck.

This. To have a relatively stable coin where we can farm yields rather than wild price swings giving us all heart attacks and suspicious looks from folks on the mainstream side

If we actually do see a $350k Bitcoin I’ll personally literally send you a box of kisses from here! The AMM internal market on hive idea sounds pretty cool, like your every other idea I hope this is considered for real on the larger scale.

I know Hive is going to bull before the end of this year.
BTC is moving now

Bitcoin is already the face of the old legacy system that needs to be knocked down a few pegs.

It going to be a lovely full moon. You moving northeast or southeast? Good Luck! Moving is always exciting

This moon is going to be a wonderful moon ever and hive will be the topics of the moon.

@tobetada 73
about 1 month ago

the AMM sounds really good, are there any plans by anyone to implement it or at least discuss it?

Oh if we have to print so much HBD, I guess we will have another opportunity to convert HIVE to HBD. I didn't really take advantage of it towards the end so I didn't earn as much as other people did taking advantage of it and HIVE price would probably go up as well.

@leprechaun 62
about 1 month ago

It wouldn't be too hard to modify the existing internal market interface to accept an amount of HBD/Hive for liquidity providing and then the scripts could create orders in order to maintain the value remains constant between the two. It would only work while your browser is open to it but at least it would be your keys controlling it. You would have to paste in the active key for it to create said orders automatically.

Haha, It would be amazingly interesting to find out how the harvest is gonna turn out to be.

Great article and best of luck with your objectives! Best of luck in your life as well and all the best! I really like the fact that Phil Lynott and Thin Lizzy are here in the conclusion! Rock on! \m/