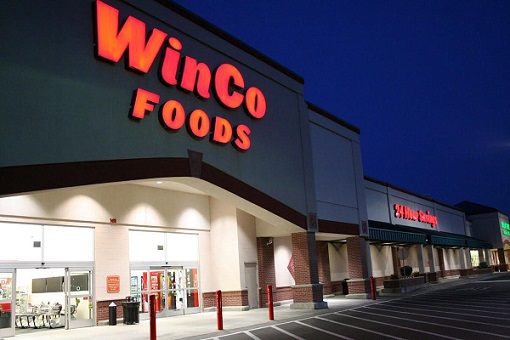 I thought the cost-of-living in Pennsylvania would be dirt cheap but living in the valley had me a bit spoiled. California real-estate might be expensive but the food sources were cheap as hell. I bought a head of cauliflower today for $5. Could of got it for $1 at WinCo. In fact, it seems that most food around here is marked up 50% more than I'm used to. Quite the reality shock.

Of course it's not that Pennsylvania is expensive as much as WinCo Foods is just dirt cheap and I had become accustomed to those prices. They have an employee-owned business model and make you bag your own groceries, but I'd say that's a small price to pay for a 30% discount on identical brands across the street.

This also gets me thinking about just how bad things are going to get if natural disasters hit California or other big farming operations. What's going to happen if food prices go 10x due to supply shock? Yikes!

California’s 77,500 farms produce more than 400 commodities, and two-thirds of the nation’s fruits and nuts. About one-quarter of what California produces is exported around the world. 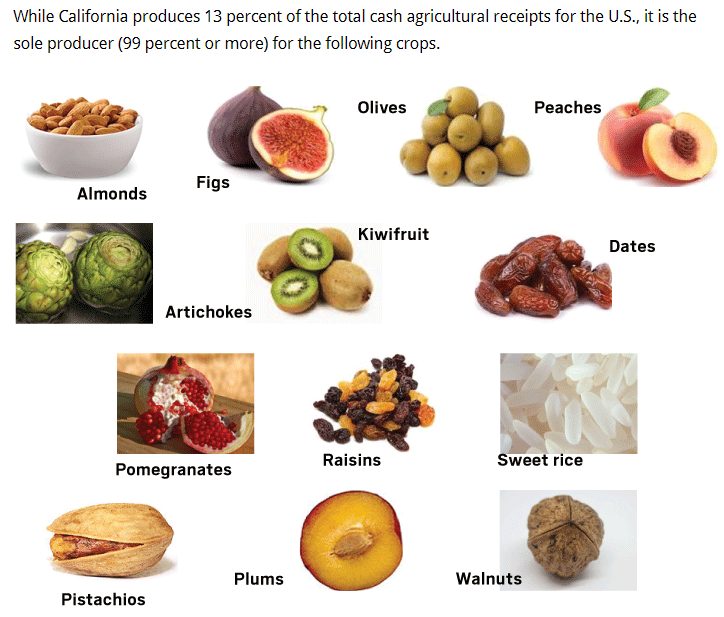 So if California gets taken out no more Peaches for me eh?

And this concept that California could flood or be hit by earthquakes and whatever else is not even far fetched.

When it was thought of at all, the flood was once considered a thousand-year anomaly, a freak occurrence. But emerging science demonstrates that floods of even greater magnitude occurred every 100 to 200 years in California’s precolonial history.

And this all leads back to the greedily efficient just-in-time business model that facilitates all these supply line disruptions. When it rains, it pours. Even if the summers are too hot/dry or the winters are too cold/wet everything can get a bit messed up for the entire year.

We may find ourselves in a position where decentralizing the supply chains makes just as much sense as decentralizing the money supply. Growing your own food on site has always been prohibitively expensive. That's the whole point of centralization: efficiency. However, given enough supply-line disruption and/or natural disasters we could find ourselves in a place where it makes more sense to spend extra resources for robust redundancy.

Remember all those times lettuce was recalled because of potential salmonella outbreaks? Yeah, that's because all the lettuce was grown in the same place. Centralization is great for efficiency but terrible for robust redundant fail-safes and hedges.

At the end of the day technology is getting good enough so that the inefficiency of decentralization doesn't matter. The only reason why Bitcoin can even logically exist is because servers & databases have been getting exponentially more powerful every year. Just wait, one or two famines later: growing food will make the same transition. The same is true for all supply-line disruptions.

I almost have to wonder if everything going on in the world is all sort of pre-planned. How many stacked coincidences does it take before they no longer feel like coincidences? Bitcoin seemed to appear right when the world needed it most, by an entity that wouldn't even identify themselves as the creator of arguably the world's more important technology every created to date. Very weird.

The cost of living is expensive, but we still pay the cost because the alternative isn't really an option, is it? Even though we are entering the age of abundance, the cost of things like food and water will likely continue to increase no matter what. We can't get any more centralized than we already are, and this centralization comes at the cost of both security and quality. The only path forward is to shore up the supply lines with decentralized alternatives as they begin to break down and the cracks of centralization grow wider. It's called disruption for a reason.

But who will pay for it?

The communities will pay for it. Crypto will pay for it. We are on the verge of giving the people access to the means of production with automation and a superior distribution of wealth. The exponential gains to be made on this front are endless. 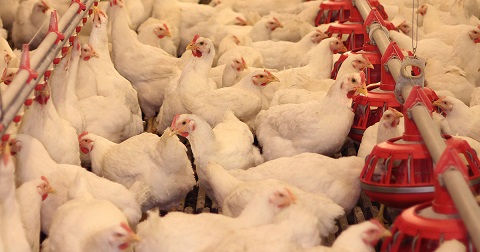 Imagine what's going to happen when people realize how fucked up factory farming is. That's where your food is coming from. Nothing but chemicals and sadness and death and despair. Disgusting living conditions and chickens that would sooner peck themselves to death rather than go on living. The picture above is either "free-range" or "cageless". They are living the high life in that picture. Maybe I'll save the gross ones for another time.

We consume this darkness everyday, blissfully unaware of how disgusting the underbelly of this society is. Once transparency comes to shine a light on it, there will be no other option other than to change the way we do things. The constant corner cutting in order to turn a profit will be seen for the cancer that it truly is.

But what am I gonna do without cheap bacon?
It tastes so good!
Nom nom nom!

Something tells me you're not going to care much when everyone is a multi-millionaire. And no, it's not because inflation devalued the dollar. The dollar need not exist in this future. Once technology takes over we no longer need to sacrifice security and redundancy for scaling and efficiency. Take my word for it: we've gone as far as we are going to get on the centralized efficiency side of the equation.

It is the only path forward.
Be on the lookout for the inevitable catalysts.

indeed decentralization must be applied in life from now on, thank you for sharing @edicted

Well it’s either all been planned or we all have superpowers…I can’t even tell you all the stuff that walked straight from my mind into reality.

We are already seeing a lot of fires and power outages around the world….I don’t think some 100 year floor will be necessary. Everything you say is already transpiring.

I went to WinCo tonight here in Oregon. They actually have a new one about to open up here in town as well. I love that place. I know I have been stocking up on the bulk stuff, lol!

We all better stay in crypto so we can afford the good things.

Yes, everything has gone up since the pandemic almost everywhere

Is it cheaper in Pennsylvania overall if you add up housing and basic necessities? I would think that food might be a bit more expensive but it seems like you make up for it more in rent. I don't like in Pennslyvania so I could be wrong though.

The problem is I was getting a damn good deal in California.
My rent was $400 which is basically lower than everyone in the state :D

Were you in a shared single bedroom on a bunkbed in Recita? Well...I recall my rent being that cheap in California when I was in college when me and some friends rented a house. We split the rent 4 ways but I still had to pay for utilities so I guess it was probably a bit more expensive than $400.

i would say go to aldi for the cheap produce...have you been to GIANT EAGLE yet? they practically own that state. i live next door in Ohio💙

I've been going to Giant.
Is it called Giant Eagle?
Been to Aldi once but it wasn't me doing the shopping.
Thanks for the reminder.

yeah giant eagle is one of those places where you have to buy only whats on sale. I'm from Cleveland and they ran all the other regional grocery store chains out back in the late 90s/early 2000s. nothin like a good centralized food source!

Loved the article. I grew up in California and much to my slight surprise when I moved out of the state to the midwest I saw all the same grocery brands, packaged in the same California cities.

I don't even know how to google the article I just read, but it was basically Italian vineyards using robots to now pick grapes and it also lead me to the conclusion of decentralizing more than just money.

Haha, great song reference! Yeah, the cost of food has been skyrocketing (though allegedly there is no big inflation lol) so couple that with your grocer/area shift price shock for sure!

and i forgot we got healthcare and its way safer in general :D